Alluringly artistic, spiritedly upbeat, Drifting Dragons explored the best of humanities through the fictional occupation of dragon hunting from an airship. Yet being removed from reality meant the depiction was both aspirational and illusional, if one traced back to the no-so-glorious jobs the series drew its inspiration from. 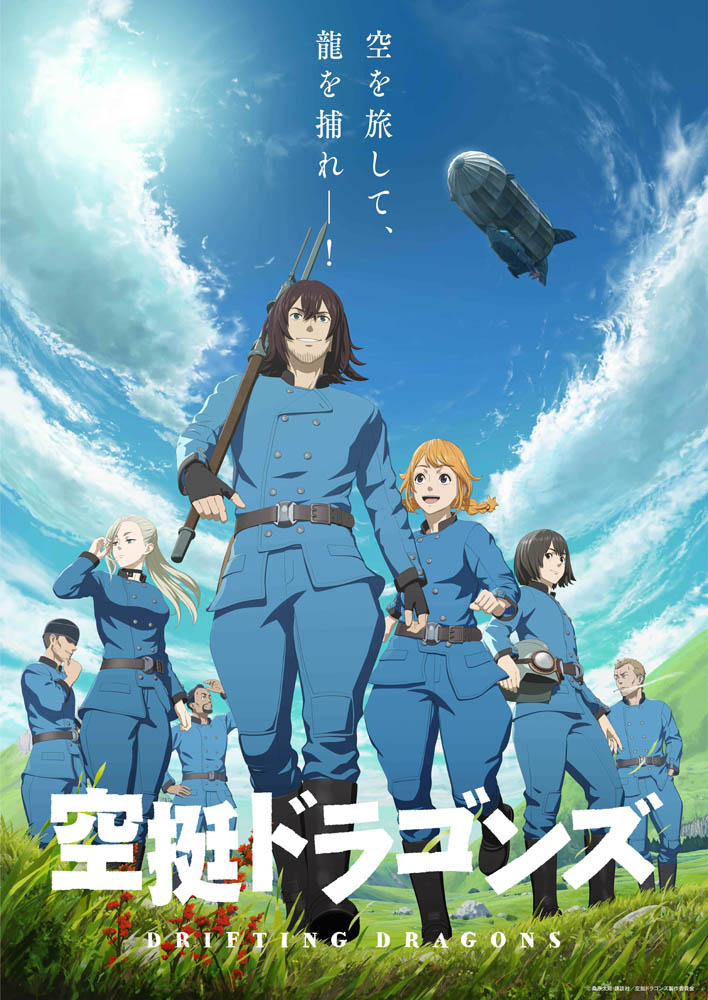 To put it in a simplified way, the series replaced whales in the water as colorful dragons in the air, and fishing/whaling boats with floating air ships, not much ingenuity involved. It copy-pasted all the difficulties of the sea, bad weather and pirates included.

Beneath the surface of its animated colors the series portrayed the vocation of dragon-hunting as exhausting, treacherous, and not-so-profitable. I was very appreciative that, people on the ship take on such a grueling and perilous vocation with unfaded optimism, the most notable of which being the main female character Takita. As a newbie on the ship, maybe involuntarily, she faced many chores with unbounded energy, and always with a contagious smile. Instead of whining, their passion toward such an arduous job was certainly impressive to the audience, and something one could aspire to. 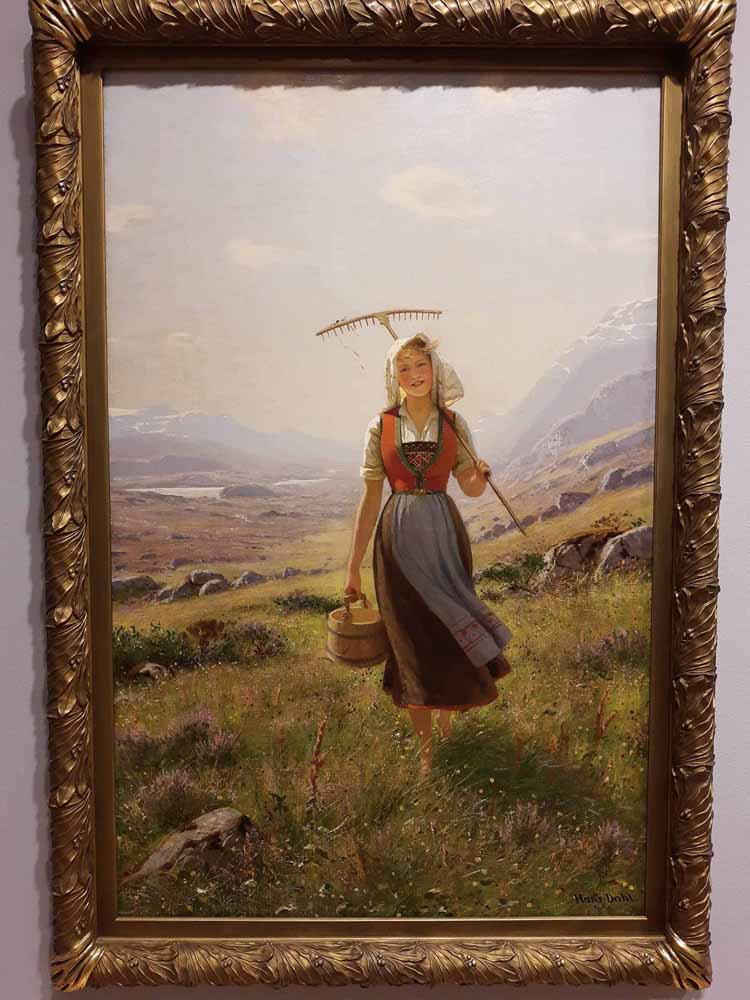 That drew my memories back to Hans Dahl’s Norwegian Girl, a painting I saw in a Seattle museum a few months back. While the painting portrayed a cheerful and smiling girl in festival costume, the stereotype or reality was different, one of harsh climate and indifferent emotions. That is, if such farming job wasn’t devoured by factories already.
Dragon hunting could probably take this to the extreme, as it shares many similarities with distant-water fishing today. Both were nomadic and laborious hunts of animals away from civilization for weeks at a time. Even today, distant-water fishing was made of long demanding hours, horrible work conditions, disregard to regulations, or worse, simply indifference to human life ([1] [2]). I would speculate that whaling (or dragon hunting) a century ago, at the peak of airships, wouldn’t be any better, and both the grinning Norwegian Girl and our team onboard dragon ship were artists’ illusions, detached from reality.

However, I appreciated the ethics of the dragon hunters in the series, Takita in particular. Some found the series offensive to glorify the heinous act of whaling, that hunted certain species to extinction, even more troubling that our protagonist boat “Quin Zaza” was less than legal among its peers. Yet in the series I saw something different. After falling from the airship with an injured dragon, Takita ended the dragon’s suffering with a spear, and insisted the dead dragon be dissected and its meat be stored or consumed. After seeing a baby dragon flying by its dead mother’s side, she vowed to bring the baby back to its flock, as it’s irresponsible to hunt the calf. In other instances, no part of the hunted dragons was wasted, and there were rituals honoring the dragons’ lives. It’s greed that drove species to extinction, but the series promoted respect, both of human’s place at the top of the food chain so that hunting is inevitable and rightful, and of the species as our prey so that the entire ecosystem is sustainable.

As for other aspects of the series, its characters, even the many minor ones, were full of unique personalities, in addition to their uplifting spirit, which was remarkable given the series limited length. However, there were aspects I wasn’t too fond of, the many dragon cooking courses being one of those. Since dragons were fictional, how to cook their meat had better not been too serious. Its slow pace of storytelling being another drawback, I constantly found it’s most appropriate to watch at 1.5X playback speed or above.

Alluringly artistic, spiritedly upbeat, Drifting Dragons explored the best of humanities through the fictional occupation of dragon hunting from an airship. Yet being removed from reality meant the depiction was both aspirational and illusional, if one traced back to the no-so-glorious jobs the series drew its inspiration from.

Drifting Dragons, Imagination that Blends Aspiration with Illusion by Huang's Site is licensed under a Creative Commons Attribution-NonCommercial-ShareAlike 4.0 International License.