Detective Conan: The Darkest Nightmare, a milestone for transition to action movies 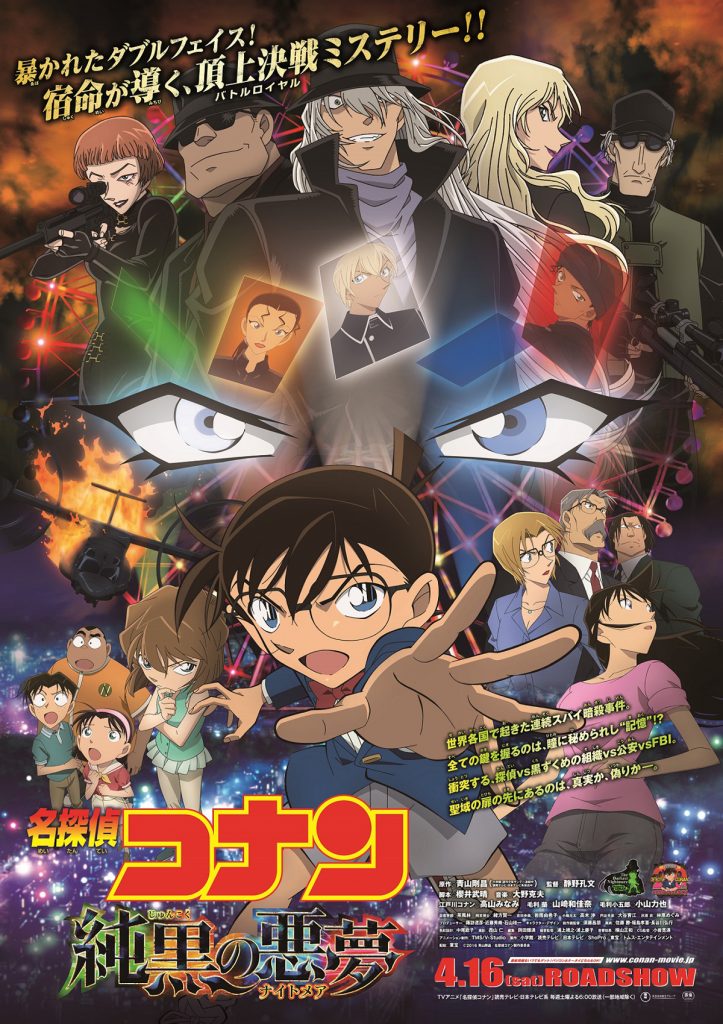 Speaking of the Japanese animation series Detection Conan, a franchise that’s basically the age of myself, a series that I’ve watched from the age of Conan to the age of Shinichi Kudo and beyond, it’s hard to deny senses of nostalgia.

I know it’s weird to say that, since the series is still ongoing and I’ve got to watch it (almost) weekly, but nearly anyone that has watched the earlier Detection Conan series would admit that the series is changing, from teenage Sherlock Holmes to Capitan America.

In its early days when there’s no high-definition, no post-effects, the series stuck pretty much to its core of reasoning and inference, that’s what detectives usually do. So we were quite familiar with its “standard plot”, of the protagonists bumped into 4 good friends, had some fun and out of nowhere one of them was murdered. Immediately all the friendships were gone, as the sucker detective Mōri Kogorō found out that the other 3 people all harbored some grudge against the deceased one way or another. Then there’re the alibis and evidences, tranquilizer shot and voice changer, consummated by a tearful confession from the suspect. Encore.

Albeit a little bit boring, the good thing of such a standard plot is that, one can always take part in the super-fun reality show called “who is the suspect”. It could be more fun if you are watching with your friends, in which case you have one-fourth probability of bragging your reasoning skills in front of your friends . And back in the good old days, the screenwriters of Detective Conan seemed to pretty much played into this, presenting ample hints and evidences to the audiences until we saw the flash going through in Conan’s head, by which time they hoped the best of their viewers would be able to figure out the murderer, just as Conan did moments later.

But an equally important goal of the screenwriters is to design sophisticated ways to kill, that the audiences could not conceive of but only marvel at, that’s how they attract audiences. So the screenwriters were tasked with giving the audience both the satisfaction of picking the correct suspect, and the amazement at the elaboration of the schemes, a contradicting promise they cannot deliver.

This, plus the trend that audiences of Japanese animations are increasingly mid-20 social-phobia wifeless men watching teenage girls at 26 O’clock(I have to state that in this way, Detective Conan wasn’t a very typical Japanese animation), maybe the screenwriters figured out it’s a better idea to throw away the reasoning, so that everybody could indulge themselves in the intricacy of the plot light-hearted.

So when the reality show has become a lottery game, when HD and post-effects are suddenly available to the directors of Detective Conan and are taken more importance than reasoning itself, that’s when the Conans’ transitioned into action movies.

Never before has such a transition be more evident than in the latest movie called The Darkest Nightmare. Maybe this is the 20-th movie installment of the series, where the directors were tasked with more explosions than its predecessors to celebrate this big milestone. And they certainly did. 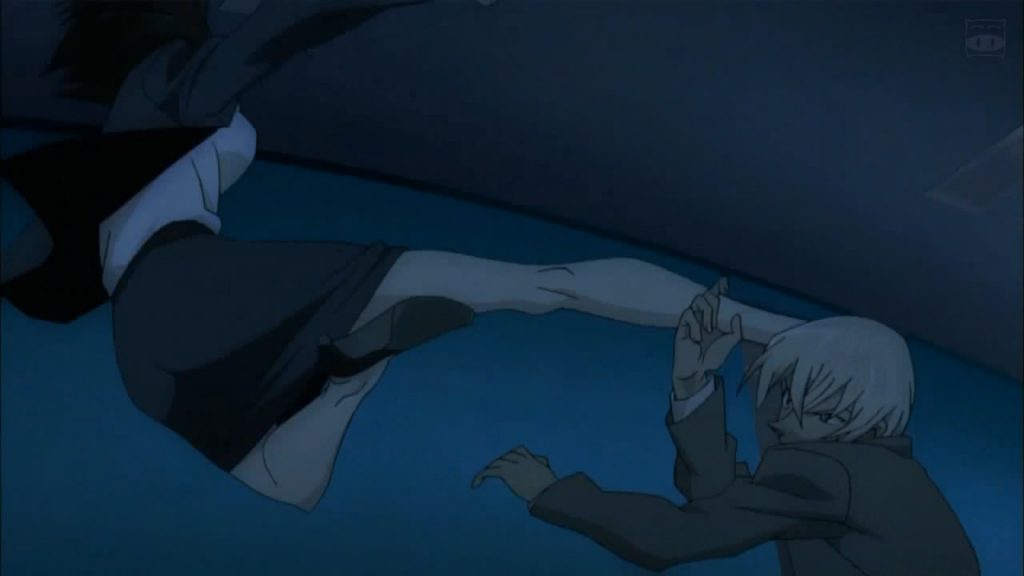 Fighting Scenes not long after Opening 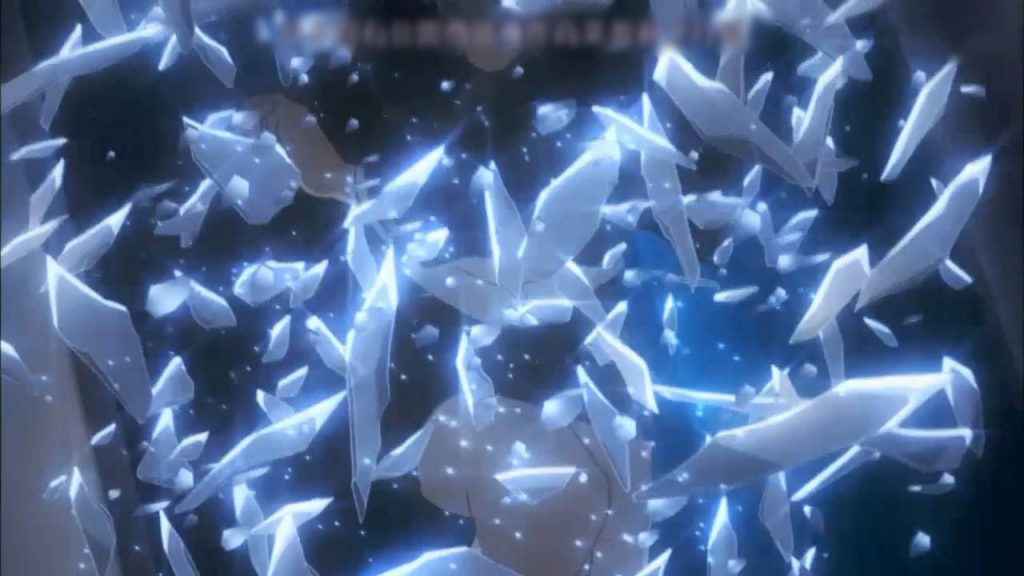 Glass Shatter not long after OpeningThis does reminds people of one OP in the early days of Detective Conan.

Not long after opening, we saw an exciting car chase. Does that remind you of anything? Yes, Initial D. 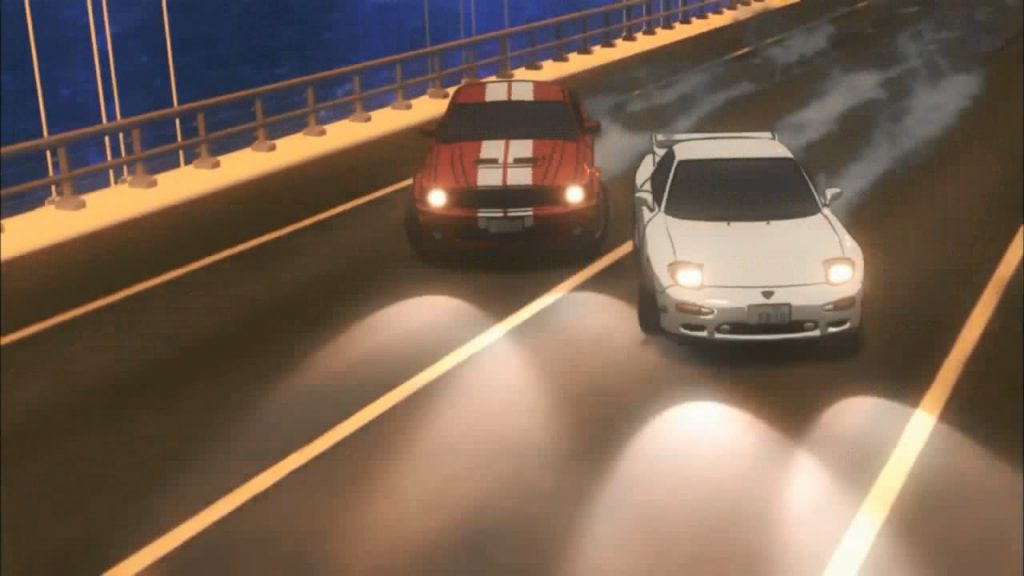 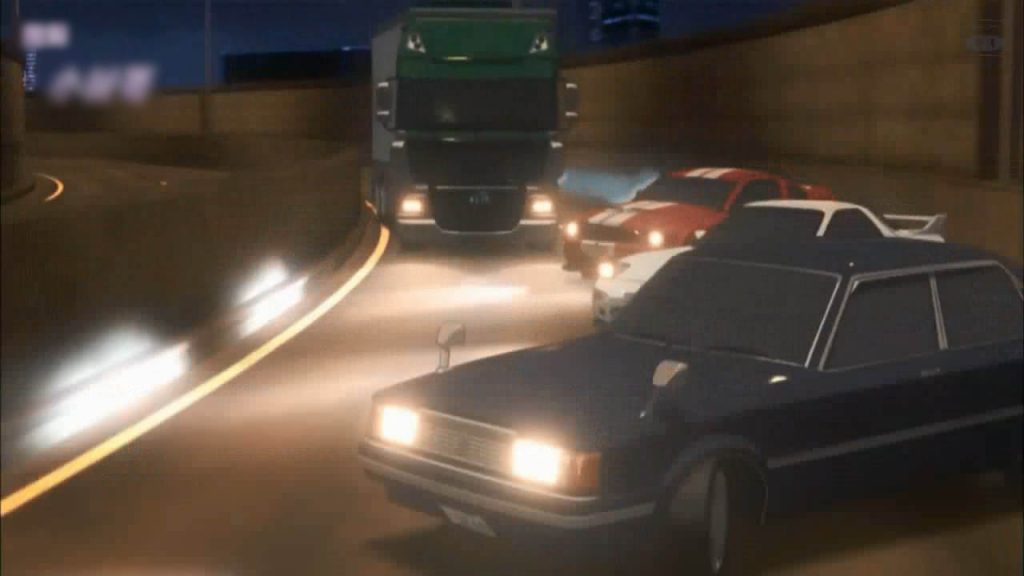 You know, for every previous Conan Movie, whether full of action or not, there’s at least some sort of reasoning about “who is the bad guy”, even for the last movie, Sunflowers of Inferno where it’s reduced to the super-obvious “who is the traitor” role (and of course the audiences weren’t involved), but it is. Now for the twentieth movie, which is a major milestone for the Conan Franchise, I know there would be explosions and fireworks, but I think I could rightfully expect at least a decent portion of reasoning and inference, if not a perfect blend of these two. But after watching it, my little wish was harshly turned down by all the explosions in the Darkest Nightmare.

Also, I was not very satisfied with some details of the story. In the movie, we saw the heads of the Black Organization riding something like a V-22 Osprey, which is no ordinary aircraft. That left audiences hardly convinced that this all-mighty organization that could somehow got its hand on such a military top gadget (and the clearance to fly it from Tokyo air control) could survive while swarming with spies from basically every developed nation in the world. Equally questionable was Conan’s ultra-strong football that could hold against a falling Ferris wheel (oh, did I recall that after this giant football, he already used his football in his belt once?), or his super-elastic belt that could rival the slingshot from Angry Birds. 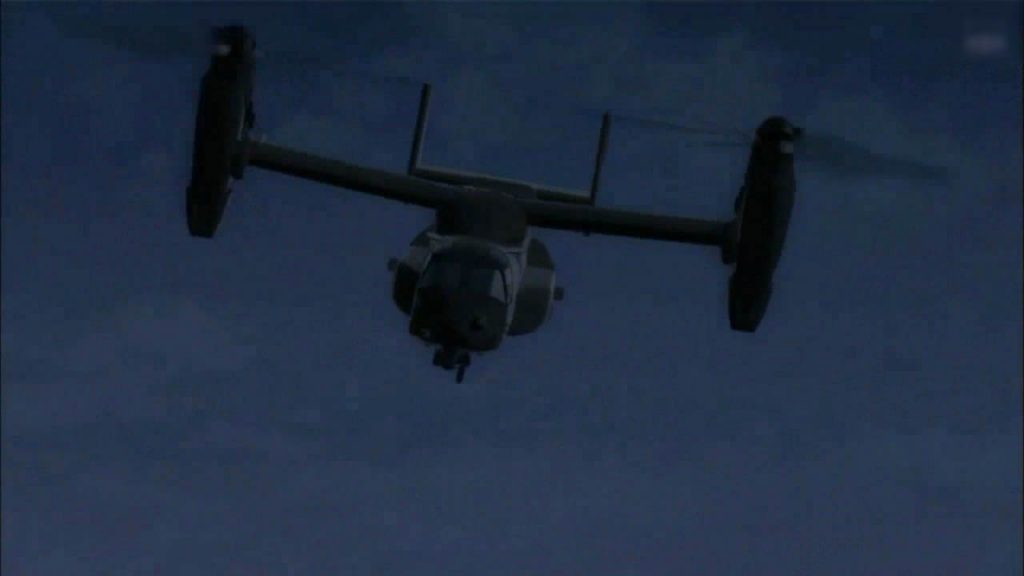 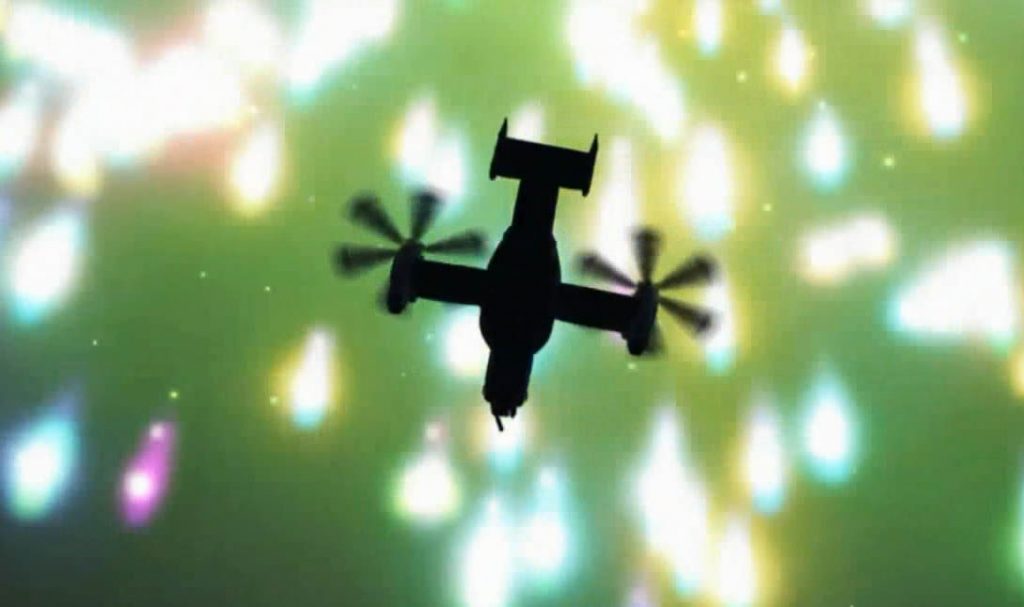 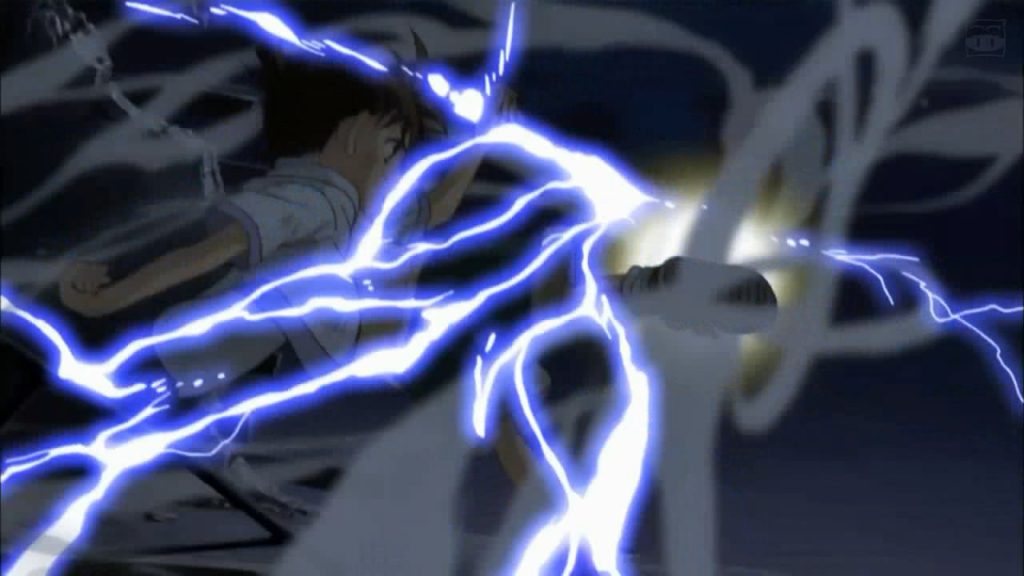 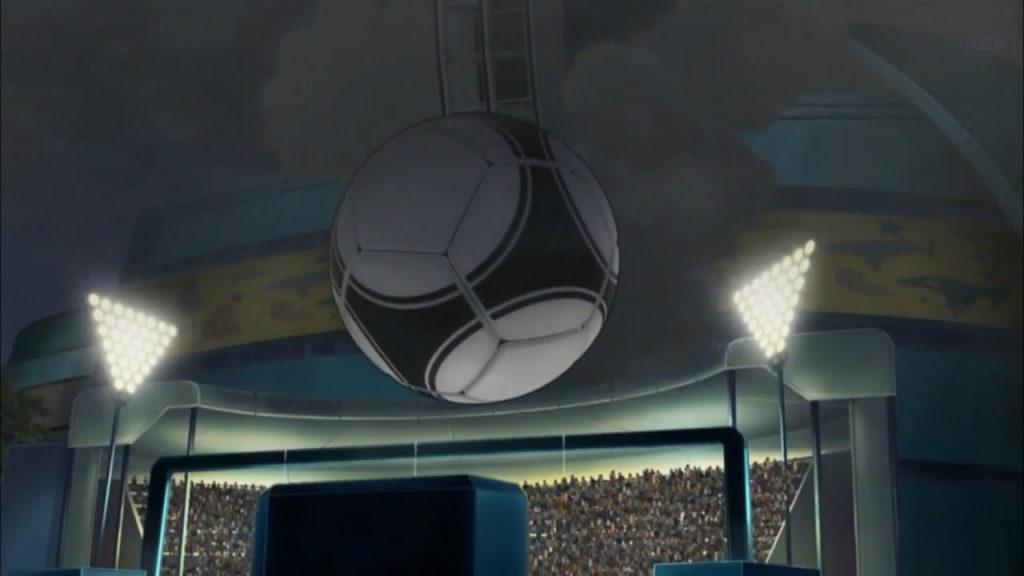 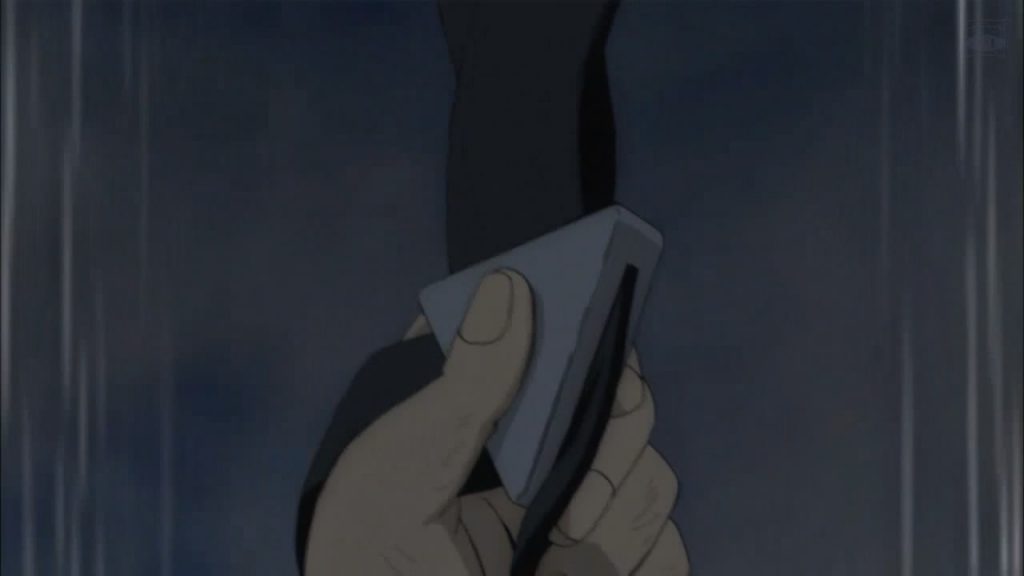 So to conclude, since I had been such a royal Conan fan, and this movie wasn’t all rubbish, so at least I shall say it’s worth my time. But as the Detective Conan series sets a 20-year milestone, it also presents us the first movie without any portion of reasoning or inference in it. Like it or not, this is the modern day Detective Conan’s transition to popcorn action movies.

Detective Conan: The Darkest Nightmare, a milestone for transition to action movies by Huang's Site is licensed under a Creative Commons Attribution-NonCommercial-ShareAlike 4.0 International License.