Just before the prime of autumn in the middle of October, some of my friends in UMD’s Terrapin Trails Club organized this hiking trip in Shenandoah. Well, it’s (almost) the best time of the year in Shenandoah, what better way to spend the weekend? 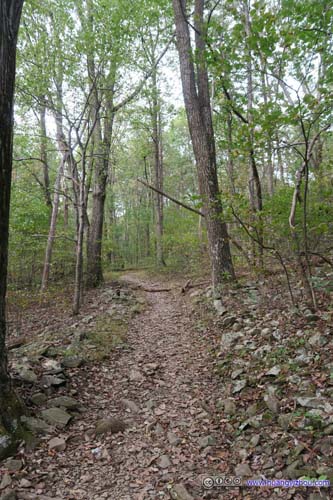 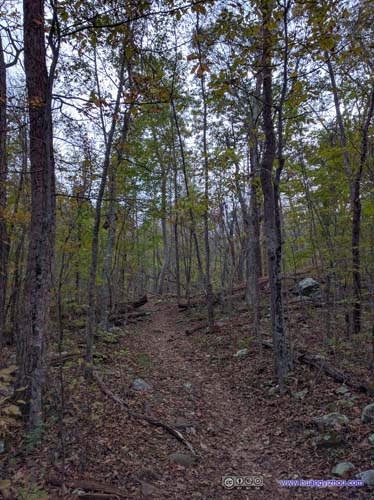 The exact trail we picked was Overall Run, starting at Mathews Arm Campground Parking Lot and passing Overall Run Falls, the largest waterfall in Shenandoah. Portions of the trail after passing Overall Run Falls were designated as “no-camping”, so we decided to camp somewhere along the trail after that.
For a detailed look, GPS tracking for the first and second day were down below.
www.endomondo.com/users/4702389/workouts/1254343633
www.endomondo.com/users/4702389/workouts/1254343670 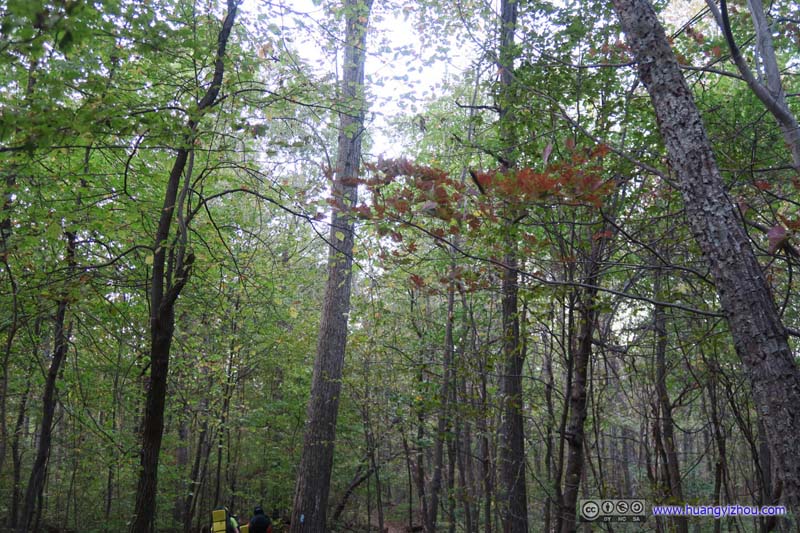 The first part of the trail was well-maintained and frequently travelled. Stairs made of rock were laid to make its occasional steep descent easy to tackle. 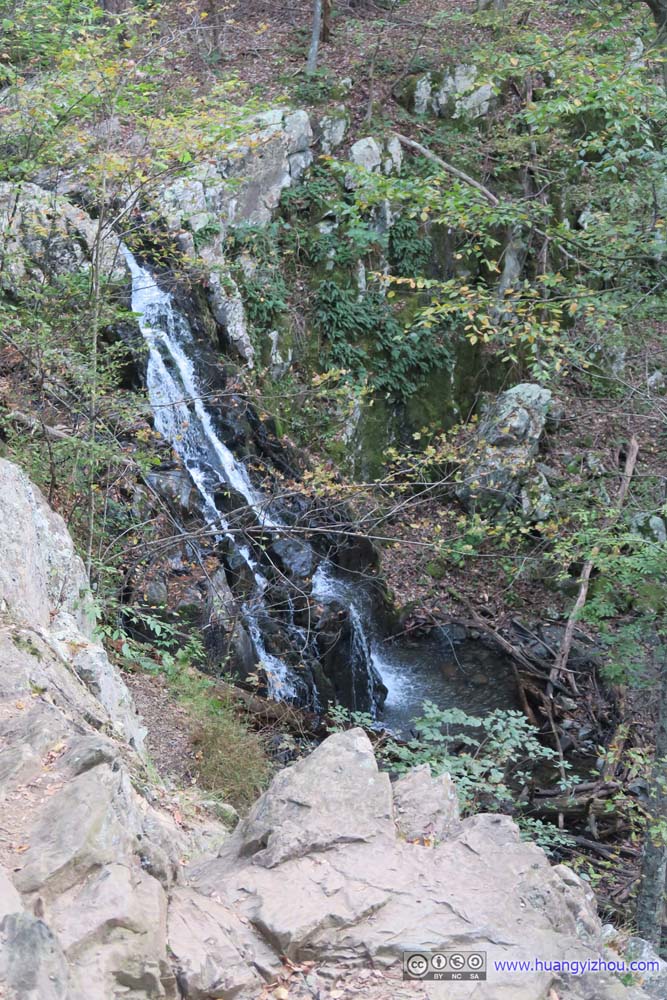 Small WaterfallWe weren’t quite sure where “Overall Run Falls” exactly was, and for a moment we took this small nameless waterfall for it. So we relaxed and posted for photos with it, only to realize the big one was literally just down the road. 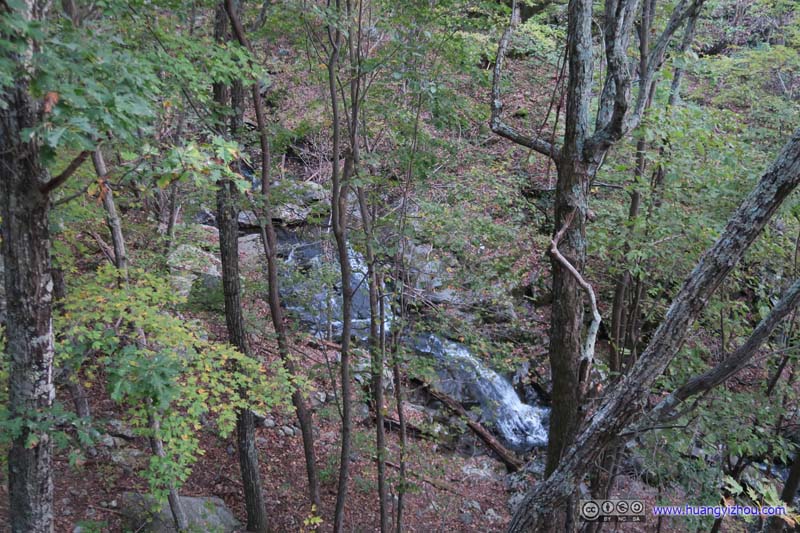 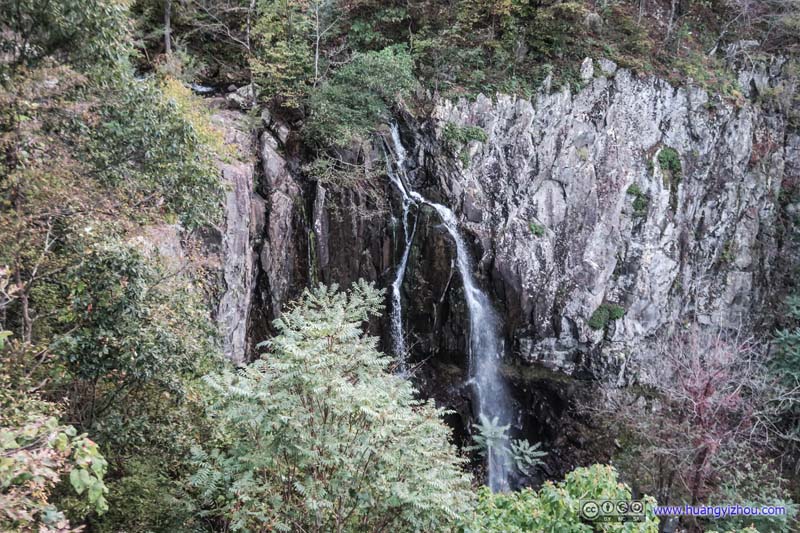 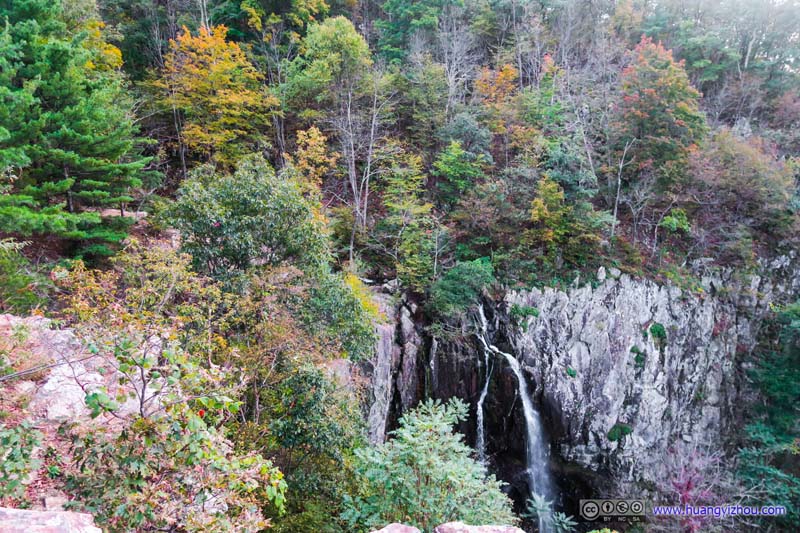 So here’s the actual Overall Run Falls, largest in the park. It hadn’t rained much in the previous days so it didn’t look as majestic, which on the good side meant the coming few crossings of Overall Run Creek wouldn’t necessarily get us wet. 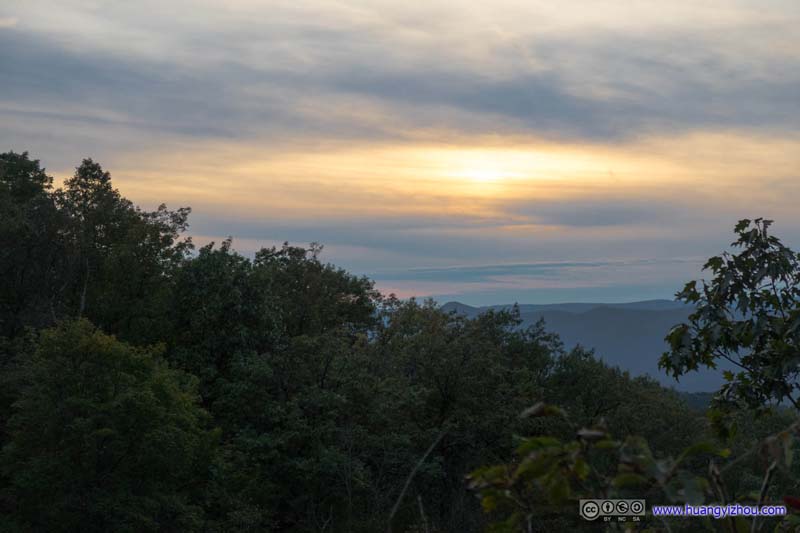 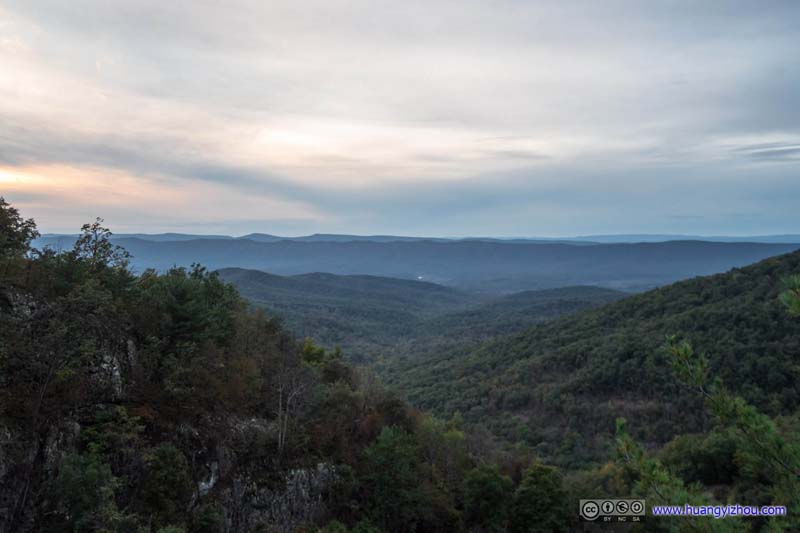 Also, the rocks overlooking Overall Run Falls afforded great views of ranges of mountains West of Shenandoah. It was literally sunset time as I took these two photos, which I guess if not for overcasting clouds would be spectacular. Unfortunately on the other hand, it meant we didn’t have a very long civil twilight left before we reached our overnight camping site.
Which we did 45 minutes later in darkness with the help of cell phone lights. And after Overall Run Falls the trail wasn’t as much pavement as it used to be, with occasional steep descent and loose rocks, which could be challenging to one’s knees.

And the campground was nothing more than a bedroom’s size ground clear of bushes, if we were ever in the correct one. For this part Overall Run Creek was running along the trail and provided us easy access to cooking water.

The next morning, we finished breakfast and started the rest of the hike at 9:45. 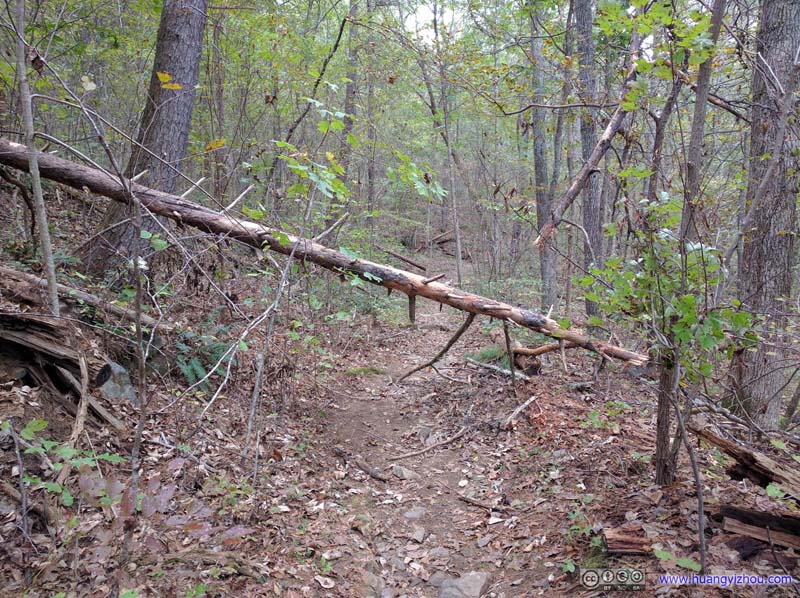 TrailOne of the few obstacles. 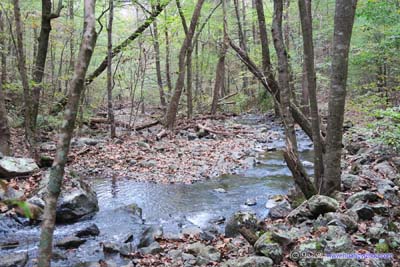 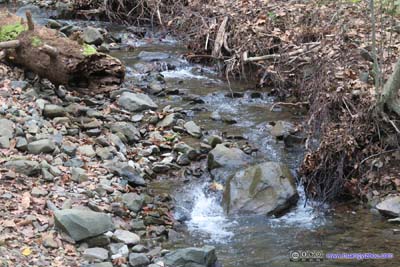 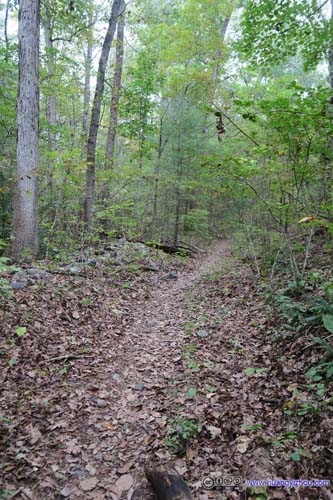 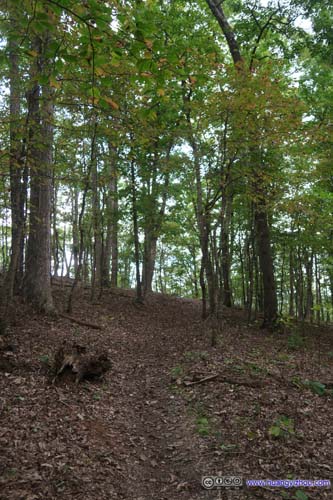 After leaving Overall Run Creek, we began our climb back to Skyline Drive. Not much scenery on this part of the trail apart from forest colors, and a good workout on a slightly chilly autumn morning.
Oh at the fork of Beecher Ridge Trail and Heiskell Hollow Trail we picked the former with coin toss, which became the best entertainment of the day. 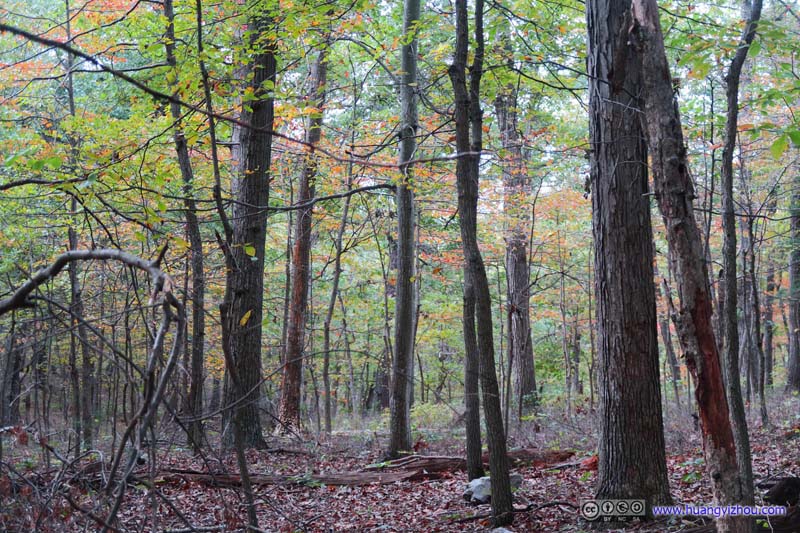 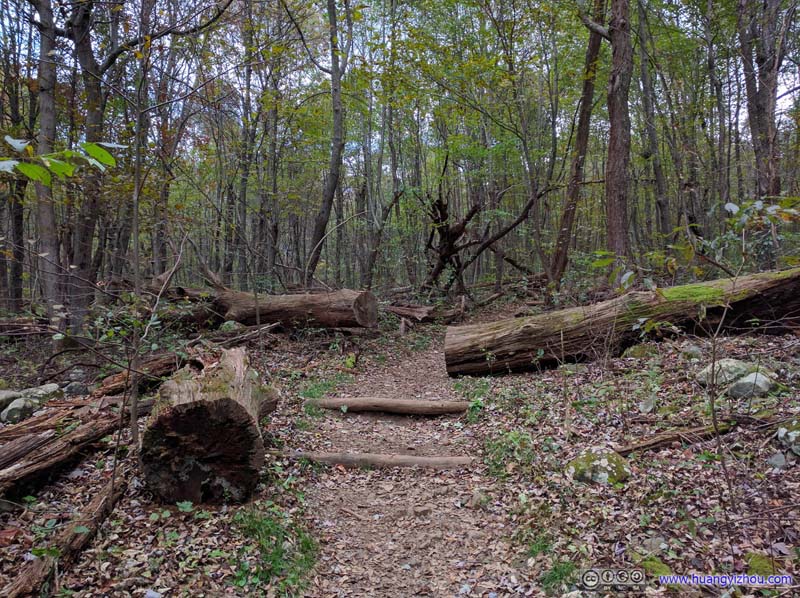 Biggest surprise of the trip came towards its end as we ran into a group of three baby bears. Worrying about their parents nearby, groups of people including us waited until they disappeared deep into woods before proceeding. 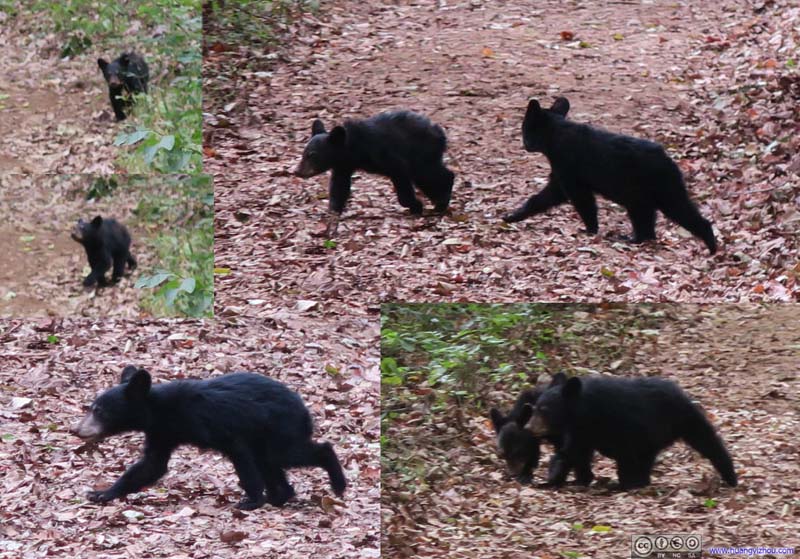 And while we were waiting, we observed these cute little creatures taking on tree-climbing lessons on their own with little success. Don’t know whether this has anything to do with free range parenting.

That almost concludes our hike of Overall Run, since it cleared up after last night’s brief drizzle, we stopped at an overlook and enjoyed views of surrounding Shenandoah Valley before finally heading back to civilization. 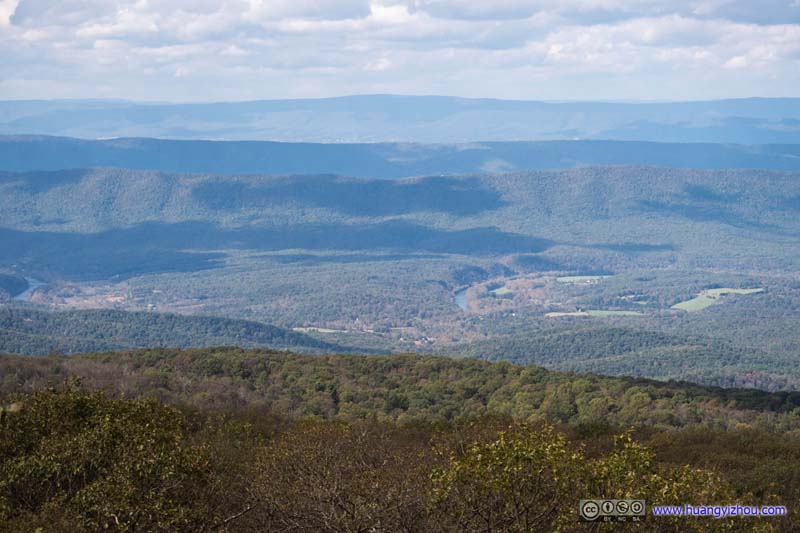 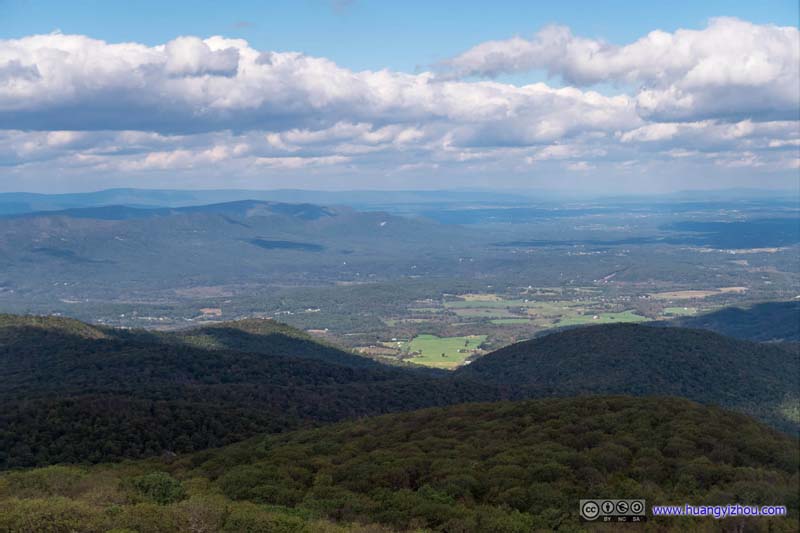 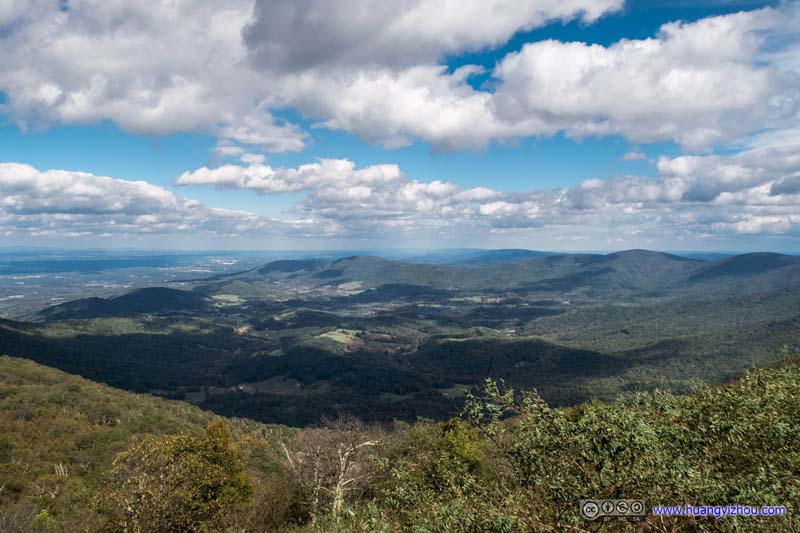 At 9 miles, the entire Overall Run Loop would be ideal for a (half) day hike if one’s looking for a workout, scenery wise there must be much better trails in the vast Shenandoah National Park.
And this is my first (and probably last) time backpacking. To begin with, although the hiking trip was okay, recovering from back pain in the days after wasn’t, as it turned out carrying backpacks of tents and sleeping bags were taking a heavier toll on my body than I first expected. As for my biggest regret of the trip? I should have bought McDonald’s before entering the park, there’s no reasonably way I could cook something remotely edible in the middle of the night among the woods . Thanks to my more experienced friends who took care of my belly, I made it out alive. Would I do it again? I don’t think my body was up to it.
Oh and those were cute cubs. It’s so fortunate we ran into these loving creatures without the danger of their parents.