It had been an unusually warm winter for United States’ eastern coast, with not much snowfall near Washington DC (that can survive a full day without melting). So in the middle of January 2020, just before the start of spring term, I flew to Seattle and decided to have some moments of fun with snow. 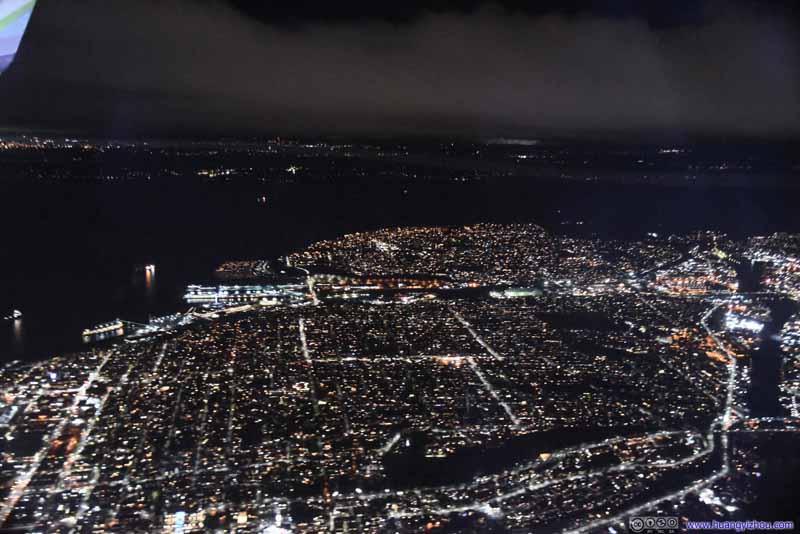 Just before Christmas last year, Alaska Airlines was holding a buy-one-get-one-free event for select routes in its network. As always with their IT system, this promotion worked as 50% off for singles. Since one of my friends was already planning to visit West Coast over the winter (he had been complaining about how this was cheaper than his tickets purchased earlier), I decided to join him visiting Seattle.
For record, this was a 92-dollar one-way ticket earning 2328 Alaska miles, on the airlines’ brand new A321neo. 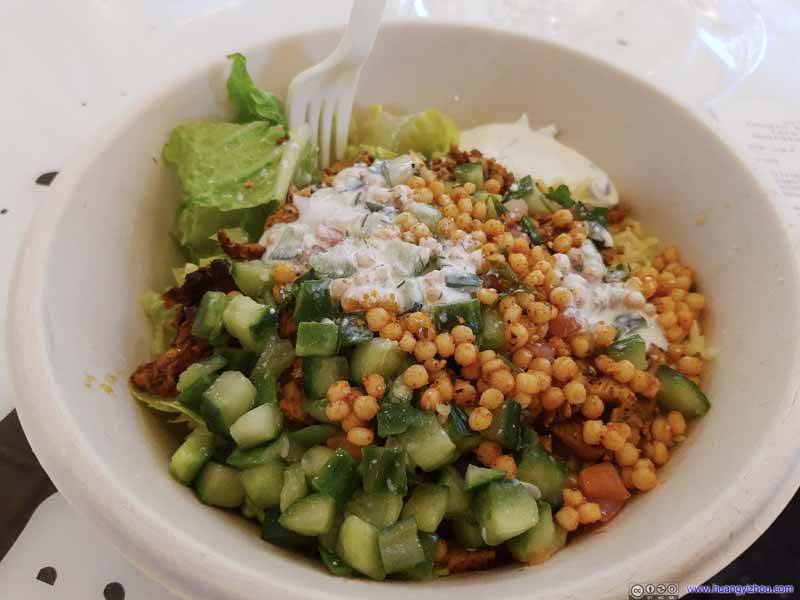 DinnerSince I left home in a hurry (my friend was on a flight that departs at the same time but from the farther IAD and we carpooled to the metro station), I didn’t prepare any dinner beforehand. This was one of the few healthy food options in the airport terminal.

Nothing much to talk about Reagan National Airport, conveniently located on a metro line with crowded terminal buildings, however one can time his arrival with the former to mitigate the latter.
Just a note about Alaska’s not-so-friendly checkin location. Among all the airlines that departed from terminal B (United / Delta), Alaska’s checkin was located farthest away at terminal B/C. Quite a lot of walking around.

Once onboard I sort of understood why Alaska Air was running such promotions, as the plane’s only about 1/3 full. 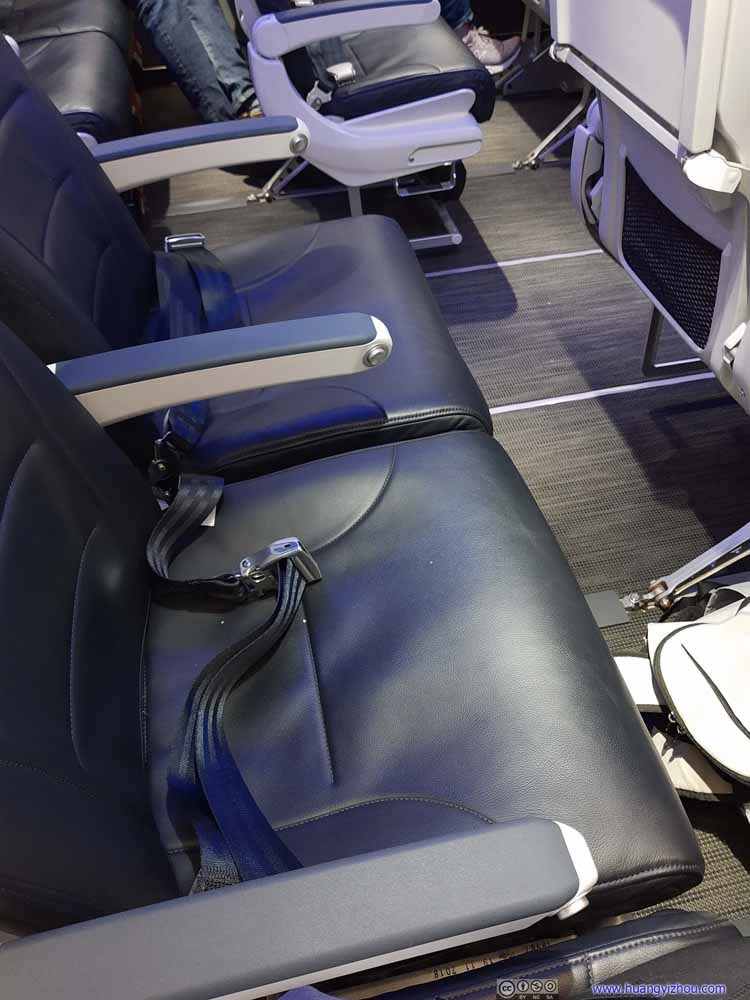 Seats beside MeJust when I thought I would have an empty row of my own, someone showed up and took the aisle seat. 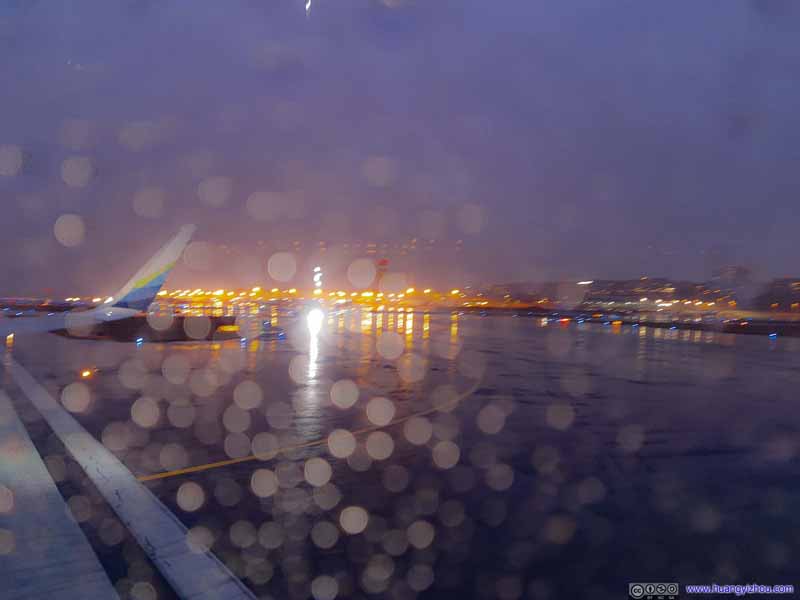 As for the cabin service, probably due to low occupancy, the cabin crew were handing out entire cans of drinks (if not more). And it seemed to be an Alaska Airlines feature that they would offer many rounds of water services after takeoff, but weirdly that’s it. This is a 5.5-hour trans-con journey, but there were no water services towards its latter half, when it’s needed the most. 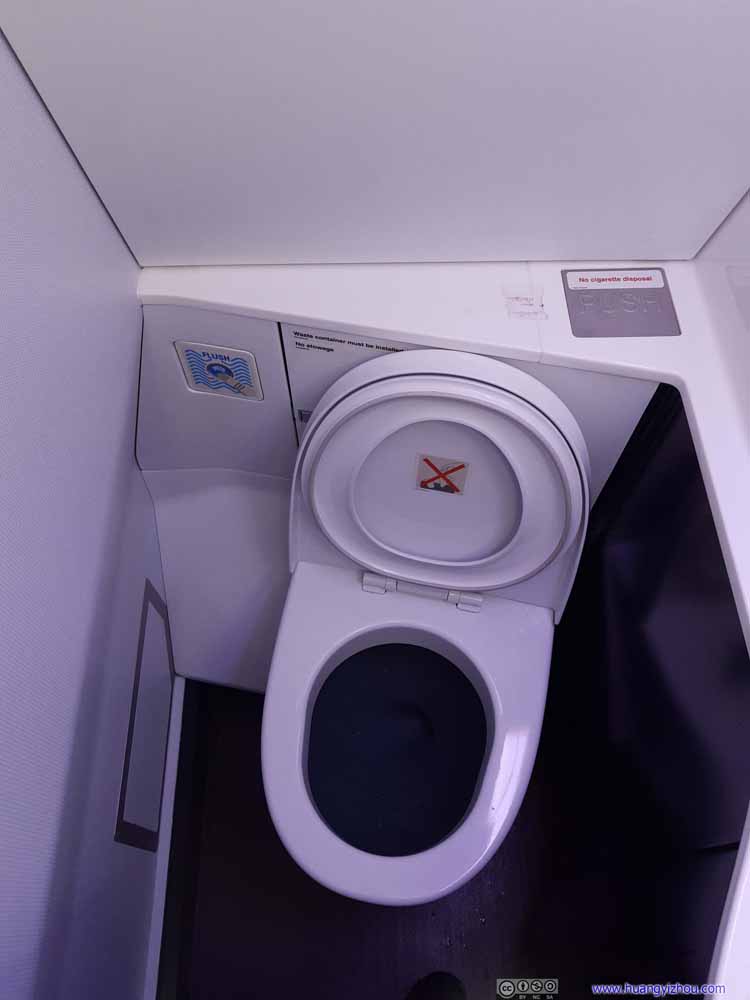 Since this was a new plane, bathrooms were expectedly tiny, where toilet seat had to be installed at an angle (above) and tissue boxes were relocated overhead (below) to squeeze in every last bit of space. But weirdly, Alaska Airlines didn’t go for Airbus’ bemoaned space-flex design?

Back to the seat, as Alaska Airlines tried to charge 10 dollars for renting their tablets with entertainment offerings. But luckily I came prepared. 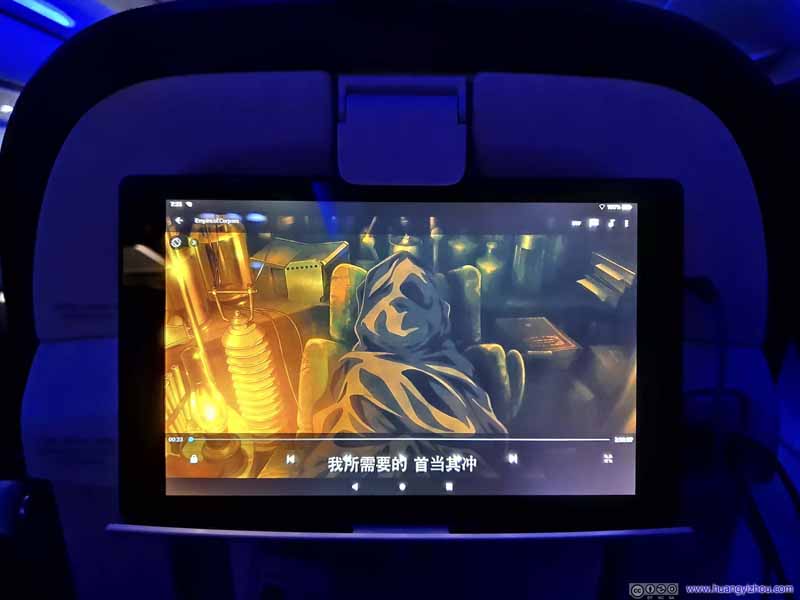 Tablet MountThis tablet mount (can also be used to mount cell phones) was actually quite a nice feature, arguably better than seatback IFE (since I could bring my own content) that hadn’t been the trend of airlines.

And it’s a mixture of movies and naps until we were about to land. 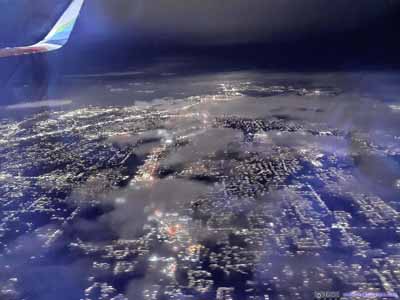 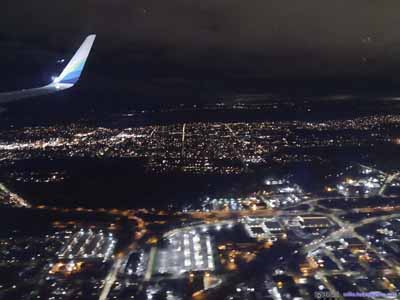 Clouds were pretty low that night, which certainly obscured views. I was trying to capture sights of Space Needle on the descent, but unfortunately I missed it. 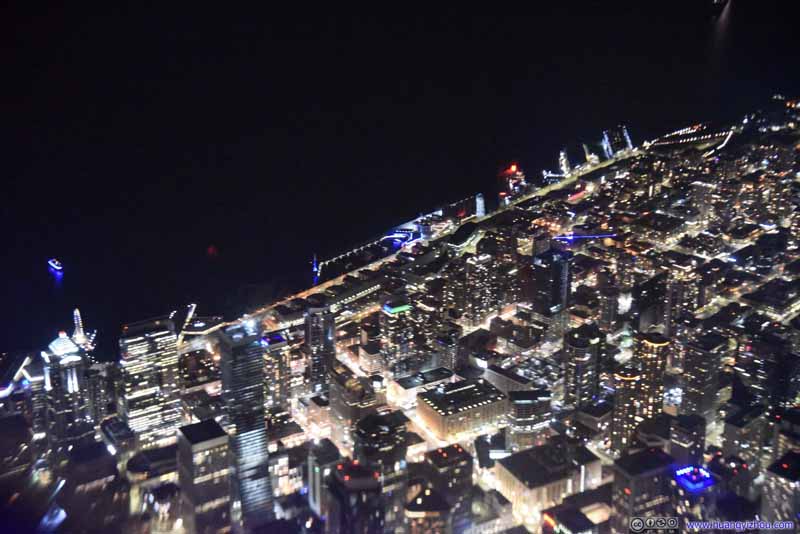 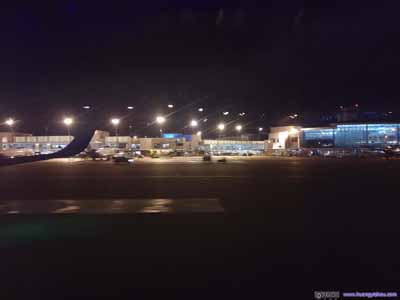 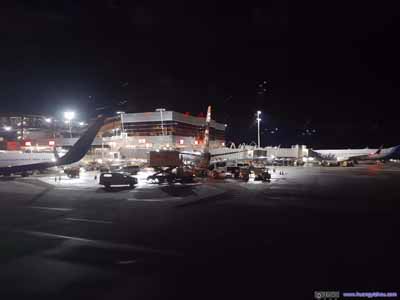 Unfortunately, I missed a lightrail train downtown by only seconds at the airport. That’s when I began to notice that people in Seattle, especially those lower on the social rank, somehow seemed more friendly, approachable, or just simply nicer than rest of the country. Just after I missed the lightrail train, a station worker offered to tell me the next train’s in 12 minutes (a fact that’s shoved down my throat by the omnipresent station posters about line maintenance and schedule change, reading which probably caused me to miss the train in the first place). At Westlake Station I was looking on my cell phone to decide which of the 20 exits I should take and thus lingered at the platform a few seconds longer than other people, and immediately two station guides approached me to offer help. Some nice impressions of the city.

One probably shouldn’t expect any service from Alaska Airlines in coach, as with any other US carriers. Apart from onboard service, they certainly distinguished themselves among a race to the bottom, as they were the only US carriers without revenue-based mileage rewards (certainly attractive as I could only come across them on trans-con flights), and their basic economy came with limited abilities to choose seats (back of the plane, but no blackout).
END

Flight Log of Alaska Airlines Flight 3 from Washington DC to Seattle by Huang's Site is licensed under a Creative Commons Attribution-NonCommercial-ShareAlike 4.0 International License.