Cyberpunk Edgerunner, A Masterpiece Recreation of the Cyberpunk Spirit 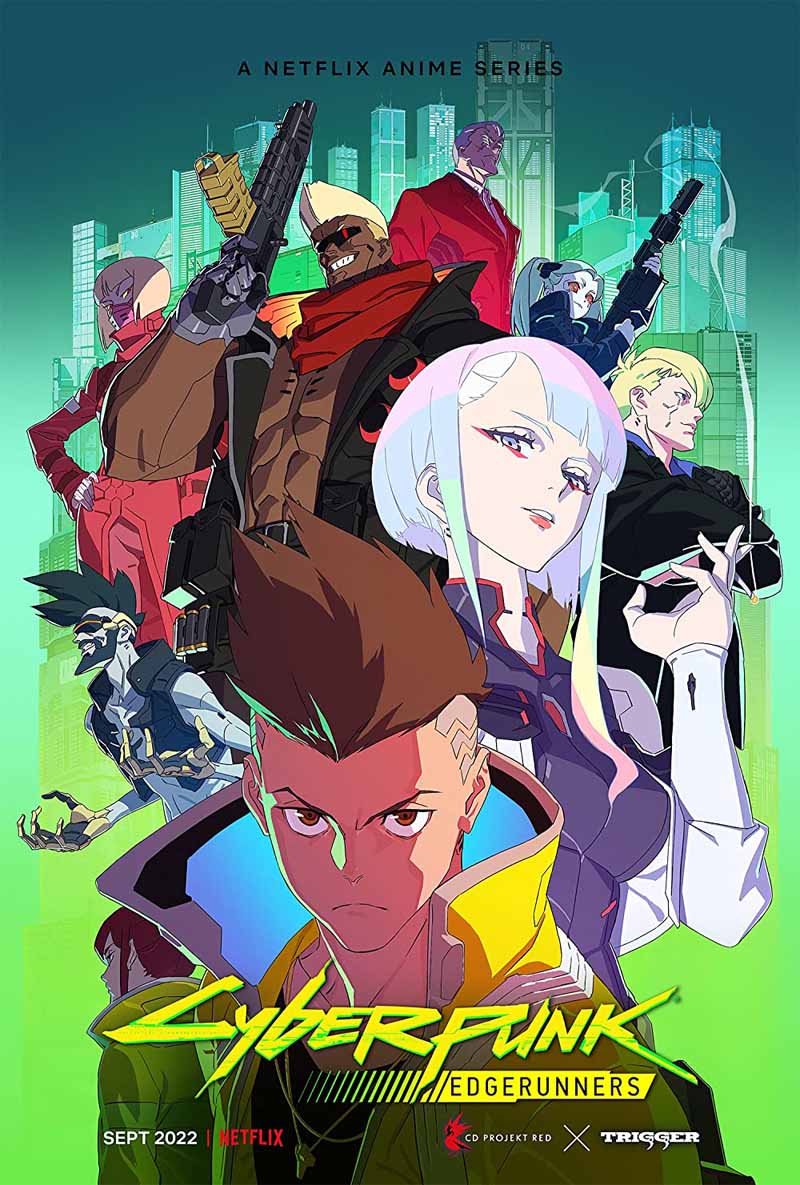 Back in November 2020, I was struck by lottery-winning luck and received my Nvidia 3080 card, just one month before the widely anticipated, and later, universally scolded launch of CDPR’s Cyberpunk 2077 game. So instead, I waited a few months into the summer of 2021, before I christened this mighty card with a game worthy of its capacities.
By that time, most of the bugs in the game were fixed, and I could boast, albeit only to the early players, that the program crashed only once during my 60+ hours of play. I enjoyed its combat system, that’s both challenging and fulfilling to someone not that good at video games. The storytelling was nicely done, the amount of choices and the different consequences they led to was both subtle and staggering, especially in the early stages of the game. And after grinding through the myriad of side quests, its end was heroically moving.
But at the same time, I felt the game was, from time to time, overwhelming. While some of the side quests were well-designed, a lot of them, especially the gigs, felt detached to the main storyline. It’s a bit like the ubiquitous question marks from Ubisoft, that more often than not, I felt compelled to clear them, just that the city map didn’t look as clustered. If I had the patience to read through the pages of quest details and the random shards scattered around the places, or decipher the jargon during the often untimely phone calls with fixers, I might empathize more with these quests, but sadly that’s rarely the case. Adding that to the poorly-optimized graphics, it’s hardly a game that lived up to its disproportionate facade.

Then there came the anime series “Cyberpunk Edgerunner”, which shares most visual elements with the CDPR game to game enthusiasts’ furor. Yet after going through the series in just one day, I felt it’s a better recreation of the cyberpunk world, in almost every aspect.

To begin, it being an anime series meant the graphics could be dramatized. It no longer took an out-of-stock video card to enjoy the glamors of Night City, which, from time to time, was a bit too dark in the shadows. Instead, the cyberpunk theme meant simple patches of colors in the anime could have maximum contrast, a great way to reflect the world where the story took place.

In just a few cutscenes in the first episode, the series depicted a world of huge wealth disparity, and through the few scenes in the school, one that’s also deprived of mobility. Looking back at the cyberpunk game, the idea of mobility was mostly absent, if blowing up corporate towers would do any good at reshuffling the social order. I applaud efforts by the anime series to set up a teenage protagonist, and for just a few minutes, allow him the civil but futile rebellion against his fate.

At the end of the first episode, the fate of protagonist David Martinez was sealed by the moment he decided to install the implant. Had he chosen to sell it, the rest of his life was likely destitute and inconsequential, like countless others in the city. The installation made him a target by the corporations, by which death in the last episode is a certainty.
For a 17-year-old, whose teenage life was much under the protective wings of his mother, to the point of being allergic to carbonated drinks, the loss of his mother was monumental to him. He overcame the loss by joining a group of cyberpunks, as if it’s a way to climb up the social order, his mother’s last wish for him. And when the leader of the group, Maine, died in a gunfire as cyberpsychosis, he assumed leadership of that group and tried to better himself with more implants, one of Maine’s wishes for him. And when his girlfriend was abducted, he took on the last, most powerful implant at the edge of sanity, sacrificed his life to save another that he cared about. Through this series, it’s not hard to see a teenager that’s innocent, selfless, and maybe a bit overconfident and lost at the same time. On this matter, I think the series could be more deliberate with David’s character building. The gap between episode 6 and 7, from a sobbing youngster to a trustworthy leader, felt a bit sudden, and his newfound frenzy for implants, baffling. Commentaries explained the latter either as Maine’s late expectation for him, as if that injected purpose into his otherwise aimless life; or that David’s belief in his gifted implant tolerance sustained him through the initial installation of Sandevistan, but that belief could only be upheld by the installation of more implants. Either way, David’s path towards demise was sealed in the plot, but not that evident in the series.

While playing CDPR’s game, there was a sense of invincibility that came with it. V’s character had the legendary Johnny Silverhand in it, had access to the best gears and implants on the market (with no cost to sanity), and in the worst case scenario, could always resurrect himself from a previous save. V eventually defeated Adam Smasher, a remarkable triumph against the corporations. Depending on the choices made, V lived to become a Night City legend.
In the anime, David had his life leashed by the fixers, who in turn were puppets of the powerful corporations. Despite his talent for implants, he was crushed by Adam Smasher and the corporate system he served. This ending was tragic but more heroic. Had David won the duel against Adam Smasher, this victory would likely be attributed to his implant talent, “Deus ex machina”. Instead, we audiences witnessed David’s talent and development through the series, but that’s no match for the omnipotent corporations in the cyberpunk world, and the desolation they imparted on everyone else in the society. 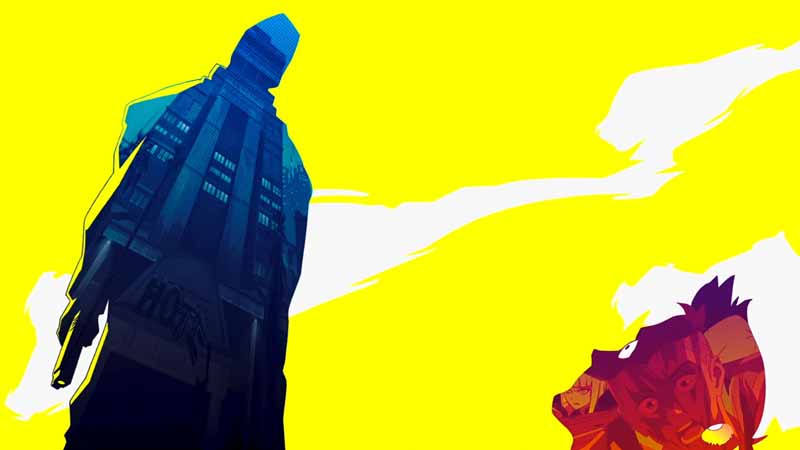 The end of Cyberpunk Edgerunner’s OP, depicting protagonist David being shot in the head by what looked like Saburo Arasaka in the left. The OP first played in the beginning of episode 2, when David’s fate was already sealed. The choice of the protagonist name “David”, and that he being dwarfed by the leader of Arasaka in this image, seemed to reference the biblical story of David and the Goliath, only that this time David didn’t come up on top.

Even though the protagonist David was to die in the end, he died in the most dignified way, as a human. On the verge of going cyberpsychosis and running out of medicine, the kiss from his girlfriend Lucy brought him back to sanity. Throughout the series, the romance between David and Lucy was implicit but never absent, marred by misunderstanding so as to shine at David’s last moments of life, when they opened their hearts to each other. A glimmer of humanity in a world that’s otherwise marked by greed and betrayal.

At only 10 episodes, Cyberpunk Edgerunner was compact, intense, and arguably rushed at the same time. But I felt it picked up the very essence of the (60hr+) video game that it’s based on, that someone on the bottom ranks of the society was desperately trying to survive a world that’s stacked against him, and while doing so allowing humanity to shine in a world that’s deprived of it.

Cyberpunk Edgerunner, A Masterpiece Recreation of the Cyberpunk Spirit by Huang's Site is licensed under a Creative Commons Attribution-NonCommercial-ShareAlike 4.0 International License.

← Weekend Trip to Florida
On Bias in Sports →