Today we left the temples of Chiang Mai heading to Pai. Our hotel helped arranged a Songthaew pickup to Chiang Mai bus station. It seemed that local Songthaew is a FIFO queue with capacity of 8 people, when someone arrived at his destination, the driver headed out for the destination of the next person. Without complicated algorithms like Uber, but it worked still fine. 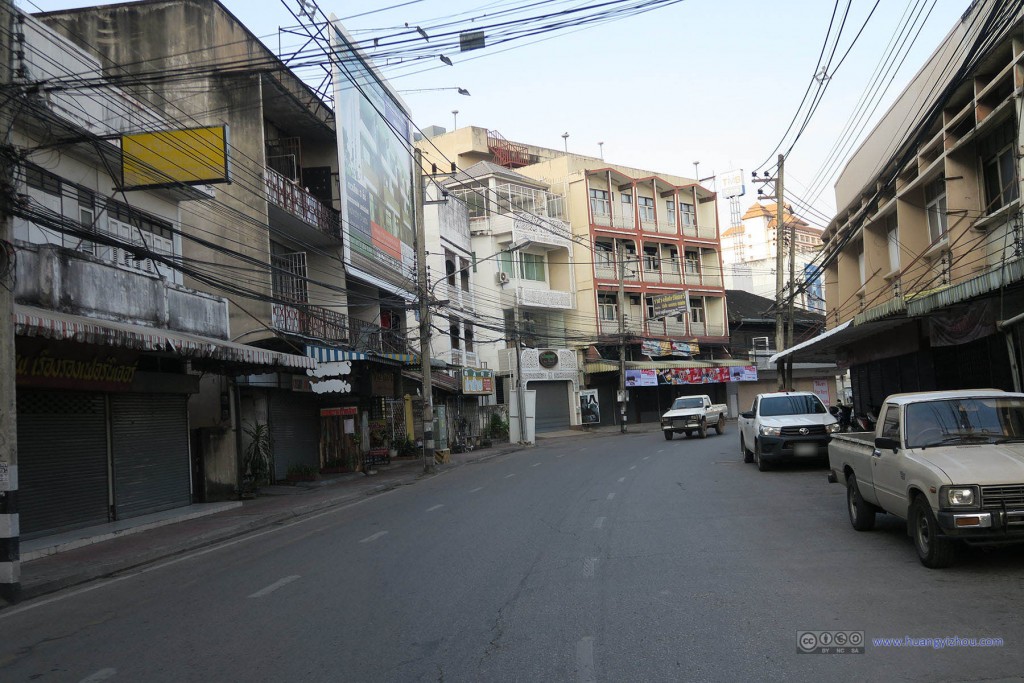 We boarded the car with some school boys, it felt like I’m suddenly 10 years younger. 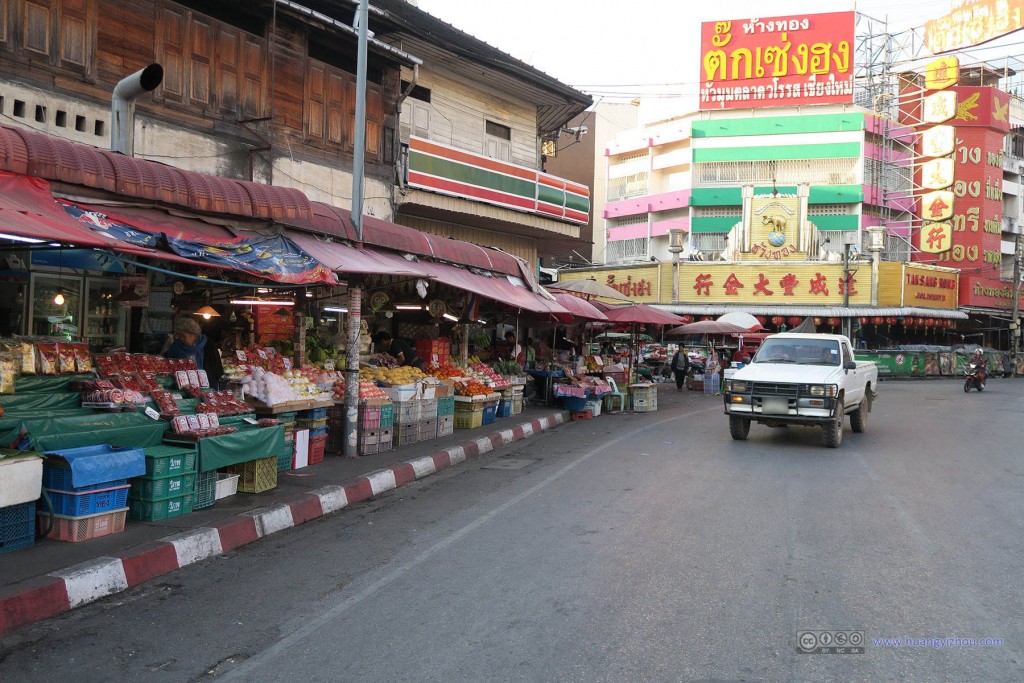 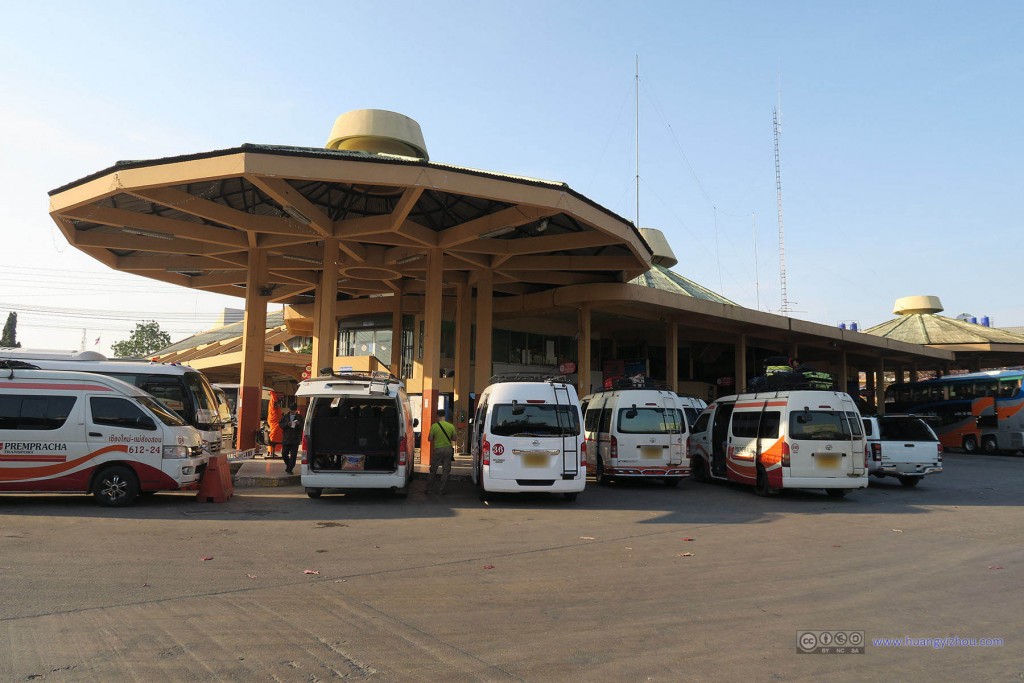 Chiang Mai Bus Station, at dawn this corner had been occupied by the same minivan company, with most of its minivans going to Pai

Having arrived at the bus station, I found that I have run out of my change. The Songthaew driver waved a stack of 20THB’s and told me he’s got no change either. Then I tried every counter in the bus station, and finally resolved this problem by buying breakfast from one of the shops, and it’s not the end of the problems, as I found out that the same company sent n>1 minivans to Pai every half hour. (I would be much better if they sent minivans every 10 minutes.) So I ran around the bus station again for the exact minivan I needed to board. To sum up, I spent the whole morning running around. 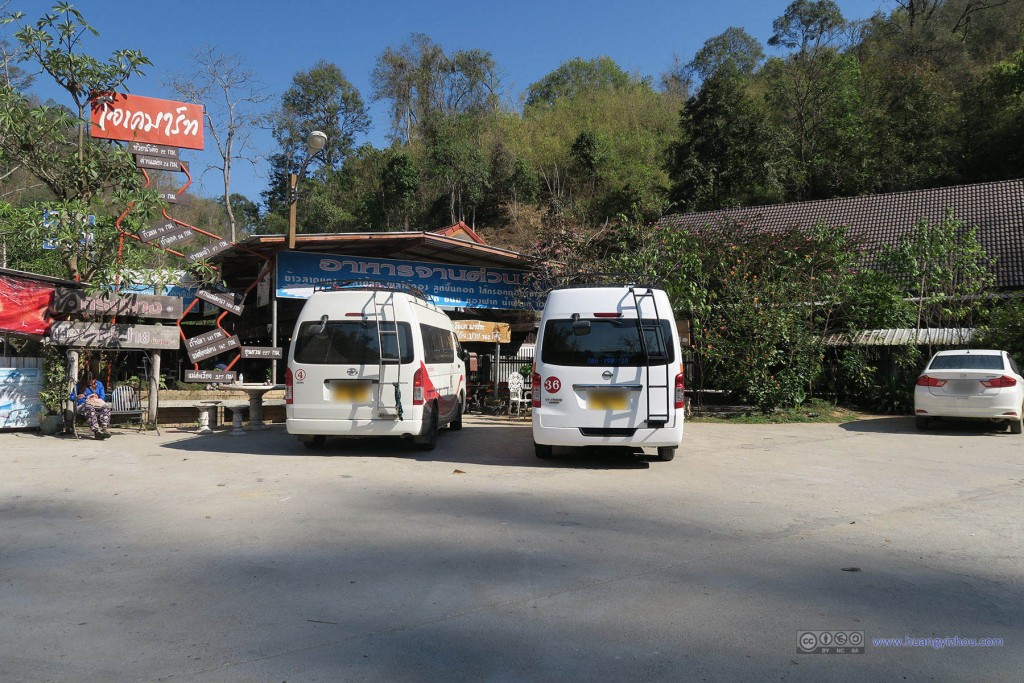 A stop in the road to Pai

It’s said that the road leading to Pai winds through mountains, yet after the Songthaew ride on Mount. Suthep, so there’s no feelings of motion sickness. Along the way I saw local governments repaving and widening the road to Pai, maybe not after long Pai will become a total tourist village, rather than the primitive Thai village it’s famous for.

Having arrived in Pai, we picked a restaurant near bus station for lunch, where the waiters speak really good Mandarin, another indication that Pai has become a village for the tourists. 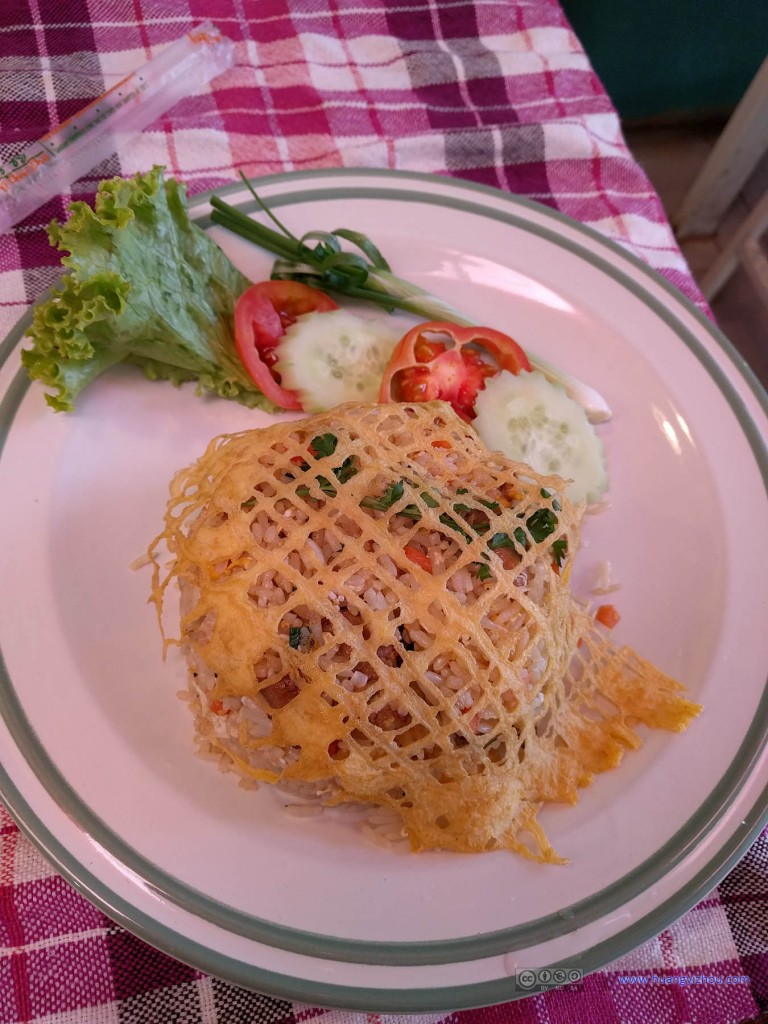 Lunch in a restaurant where the waiters speak really good Chinese 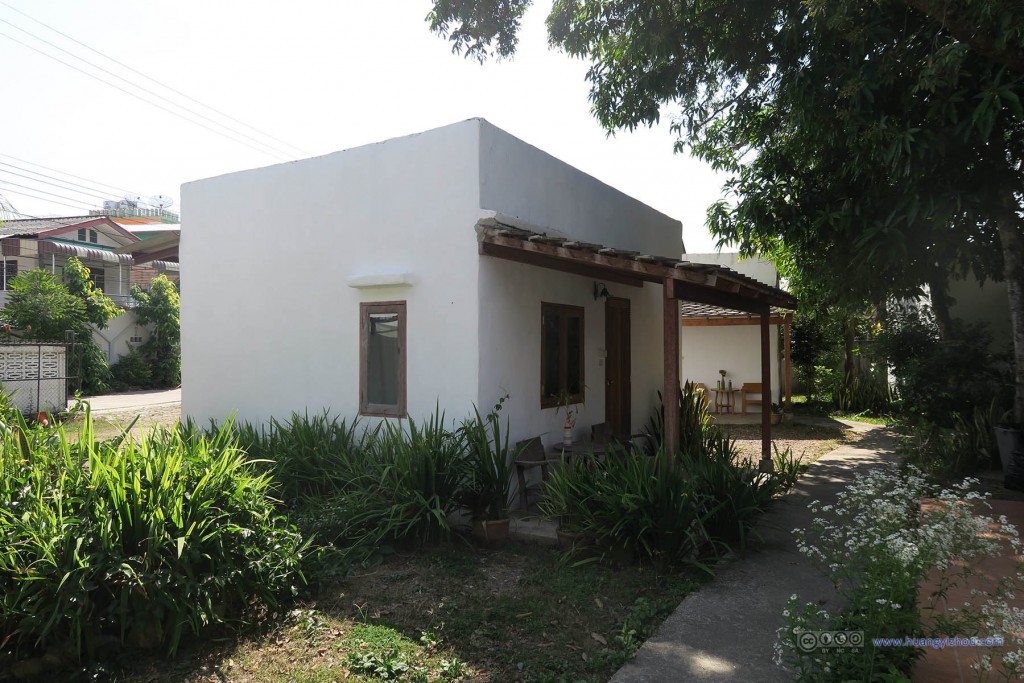 Our hotel room, or cottage if you call it

Having settled down in hotel room, mom thought that “motorcycle” sounds too dangerous, so we rented bicycles from the hotel hostess. Judging by the map, I thought the road leading west to Pai Waterfall seems to be shorter, so I suggested we went there the first afternoon, rather than the more popular Great Pai Cycle.
As it turned out, this was a pretty bad decision. Though the road leading west was shorter and in better condition, but considering the fact that “YunLai” in the west is famous for sunrise, and Chedi Phra That Mae Yen in the east along Pai Cycle is famous for sunset, we took it all wrong. 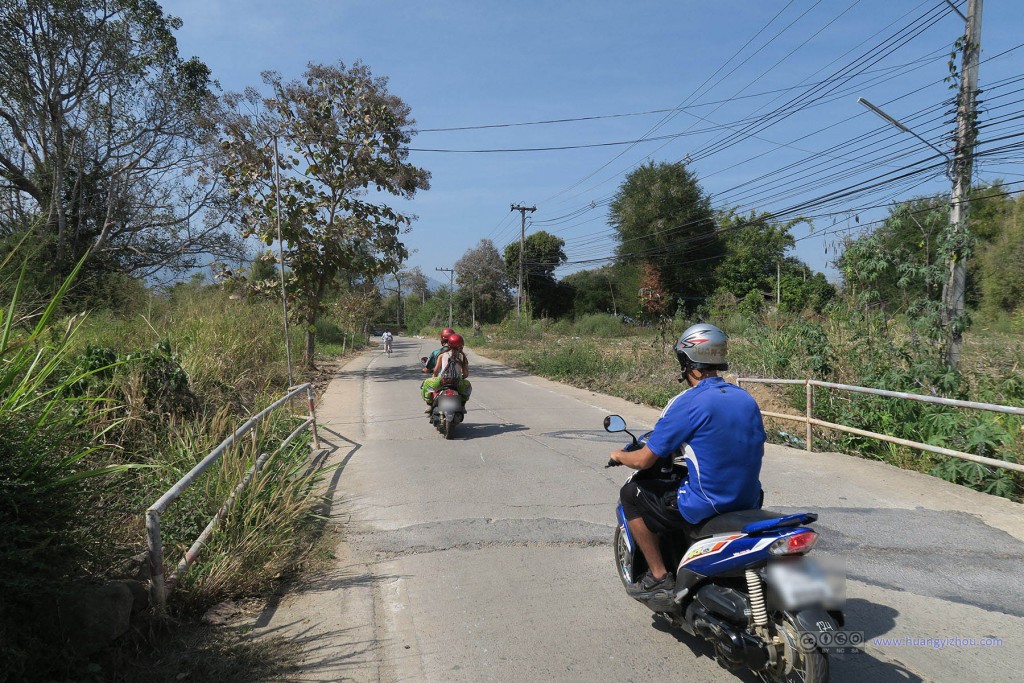 The good thing about riding a bicycle was that I can rode with one hand and took pictures with another, though most pictures were other motorbikers passing us 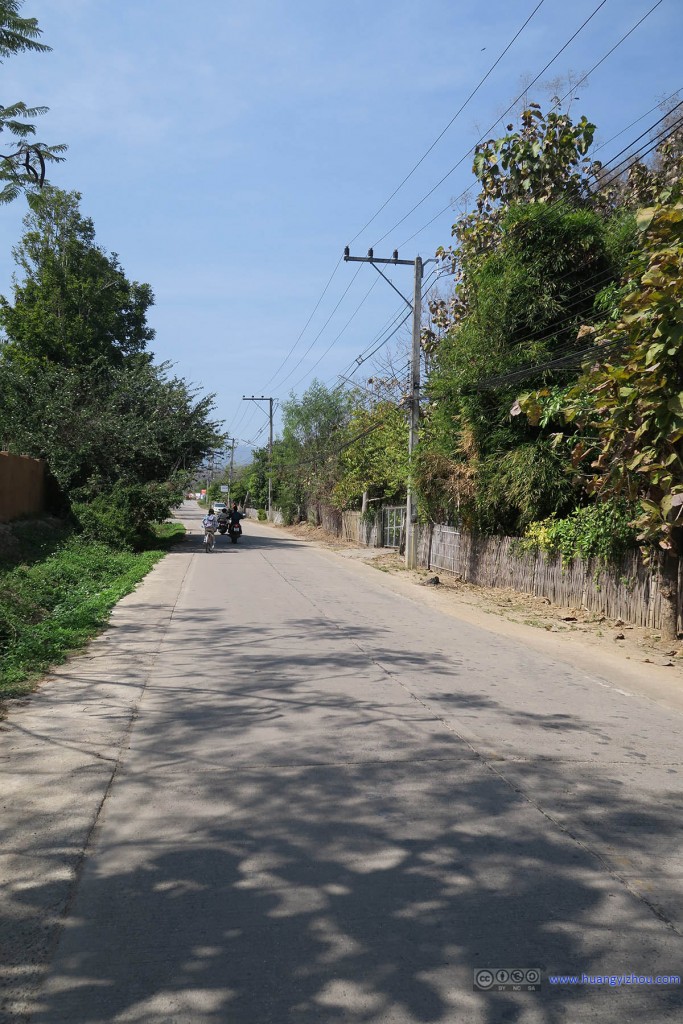 After cycling about 2 kilometers, mom could no longer put up with bicycles climbing hills. So we went back to town and switched to motorcycles.

At the AYA motor rental in Pai, the front desk clerk asked as in three languages did we know how to ride. As advised by other travel blogs, we answered yes, at least for a moment. So after picking two automatic bikes with all the possible insurances, the guys in charge of distributing motorcycles took us directly to a “training ground” beside Pai river, as they took it by default that we didn’t look like motorcycle masters at all. After being offer a driving class in very good Mandarian, my mom and I went on bravely . Eh, it’s after filling up our bikes . 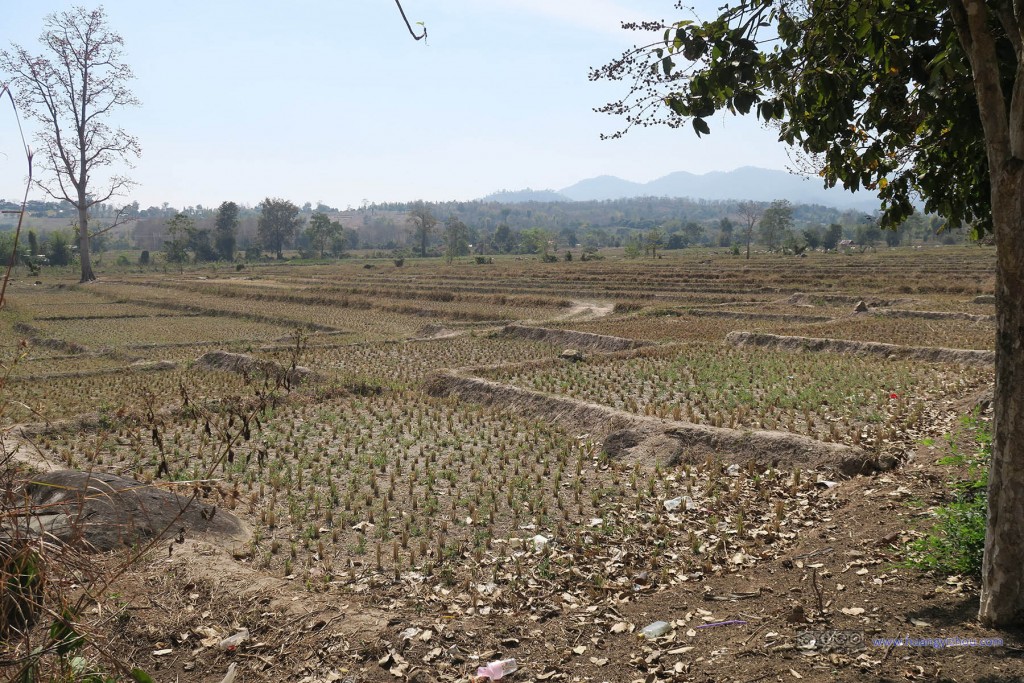 At first we thought Pai should be a picturesque village, but it seemed that in winter, even in Northern Thai, leaves still fall and it’s not too much difference to Northern China

First we went to the largest (and only) temple in western Pai, Wat Nam Hu. 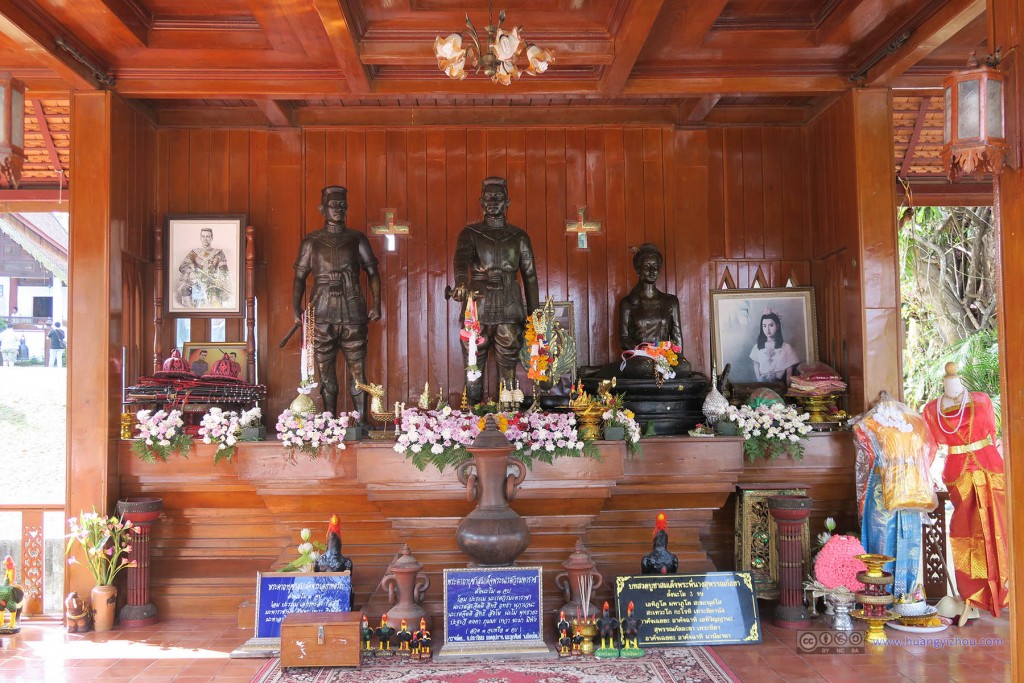 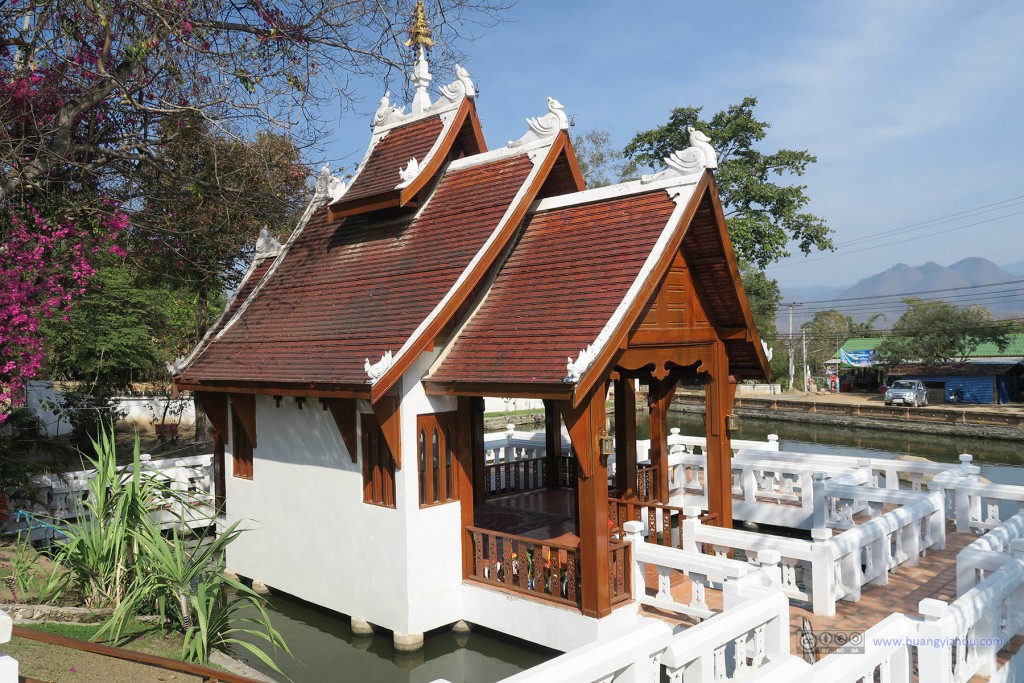 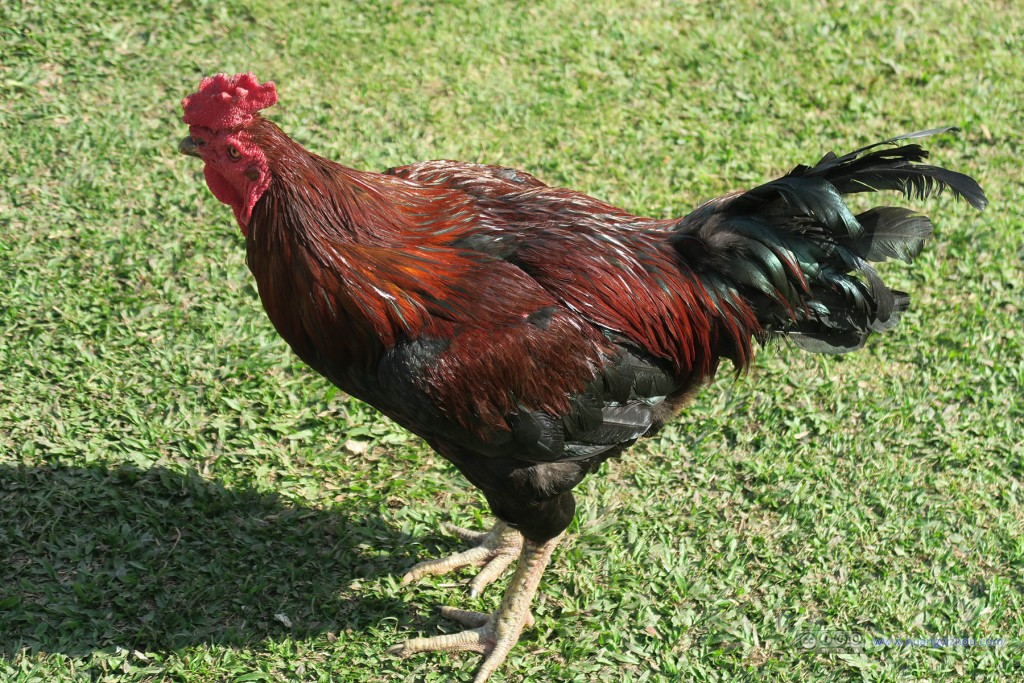 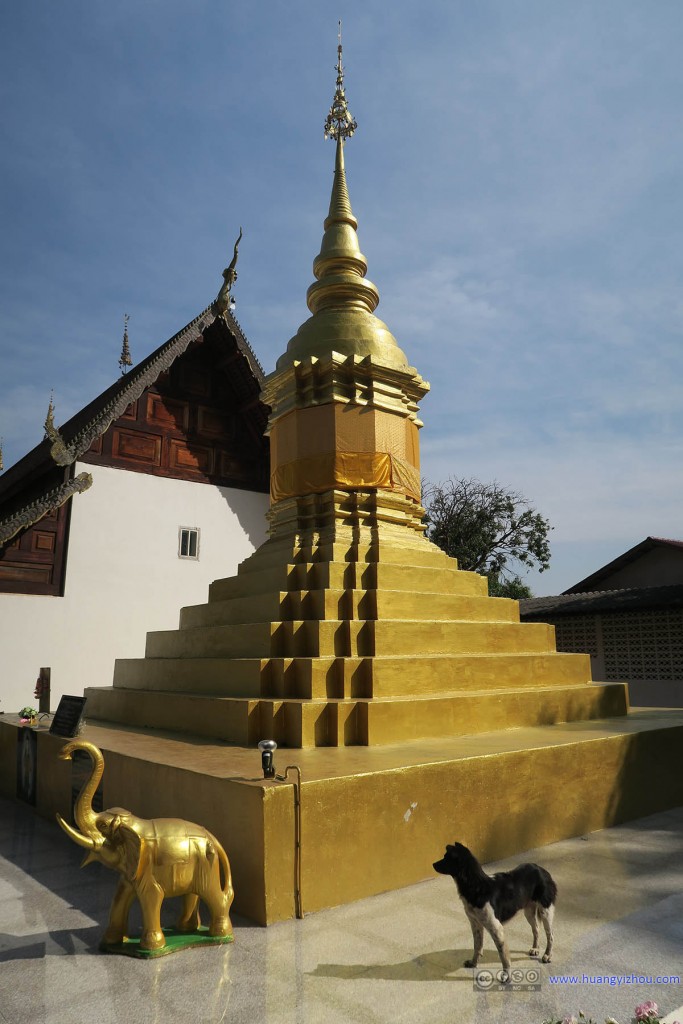 It seemed that every Thai temple has got some homeless dogs 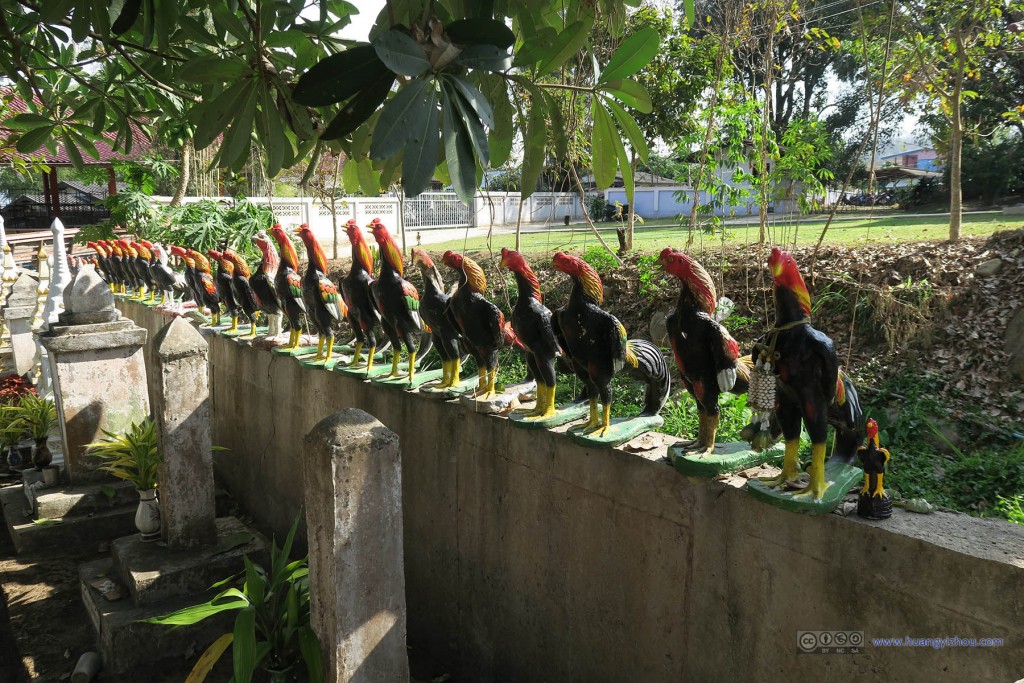 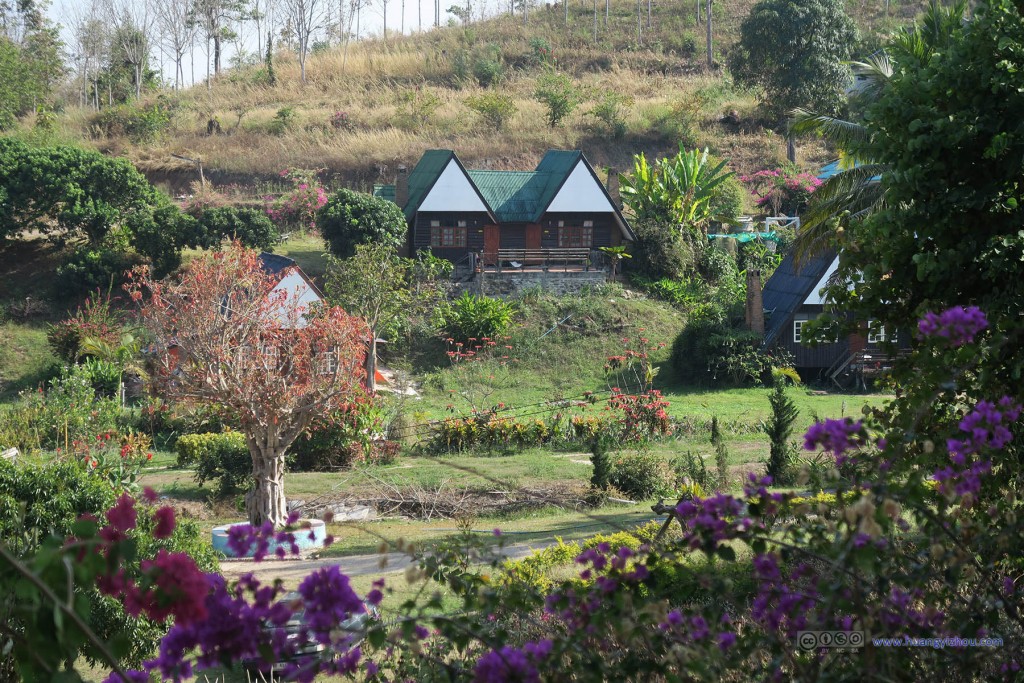 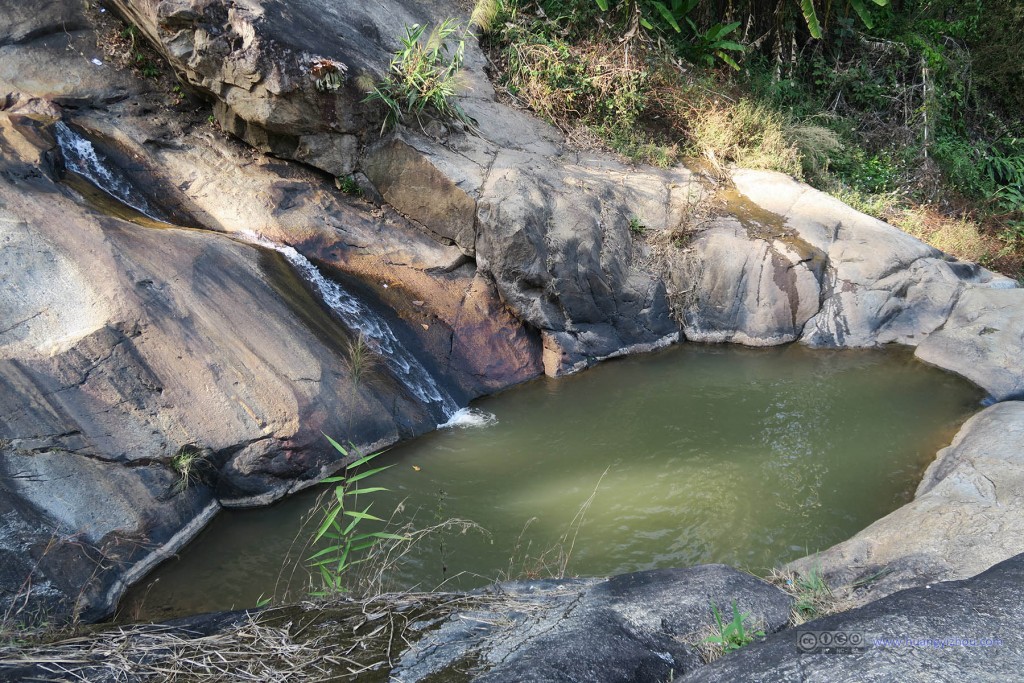 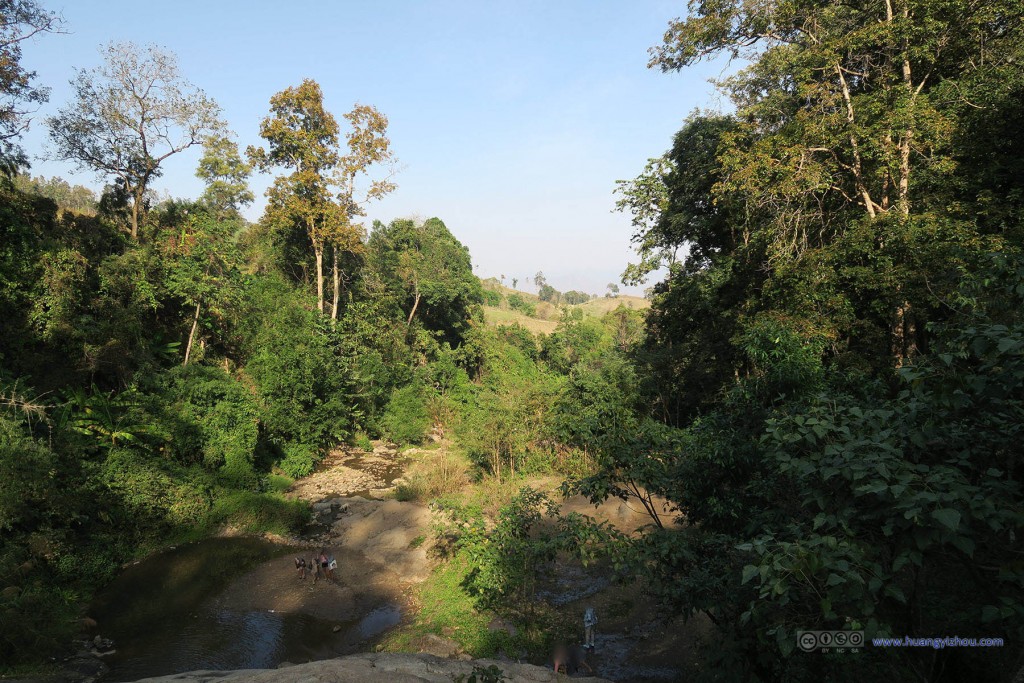 Pai Waterfall, not too many people around 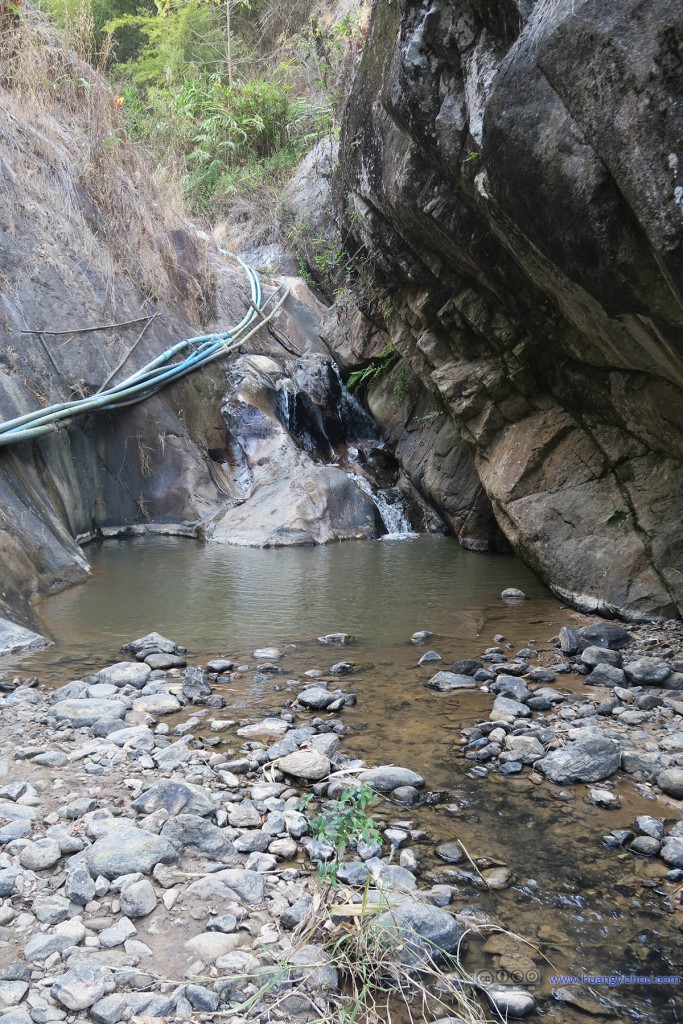 Pai Waterfall, I looked at the pipes and couldn’t resist thinking that the only pathetic trickle was pumped up the mountain, though a someone nearby insisted this was tap water for the mountain tribes. 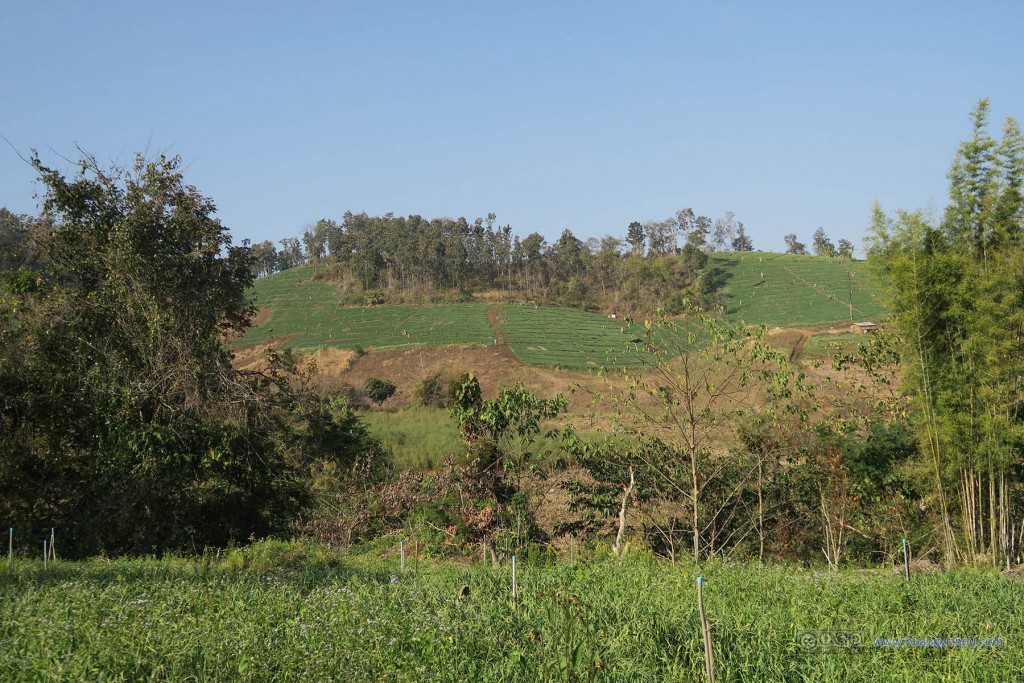 Traces of green near Pai Waterfall

Then we went to YunLai, which is also in western Pai. YunLai is located in a Chinese village, and the ticket clerk spoke very good Mandarian, on the word “ticket”. 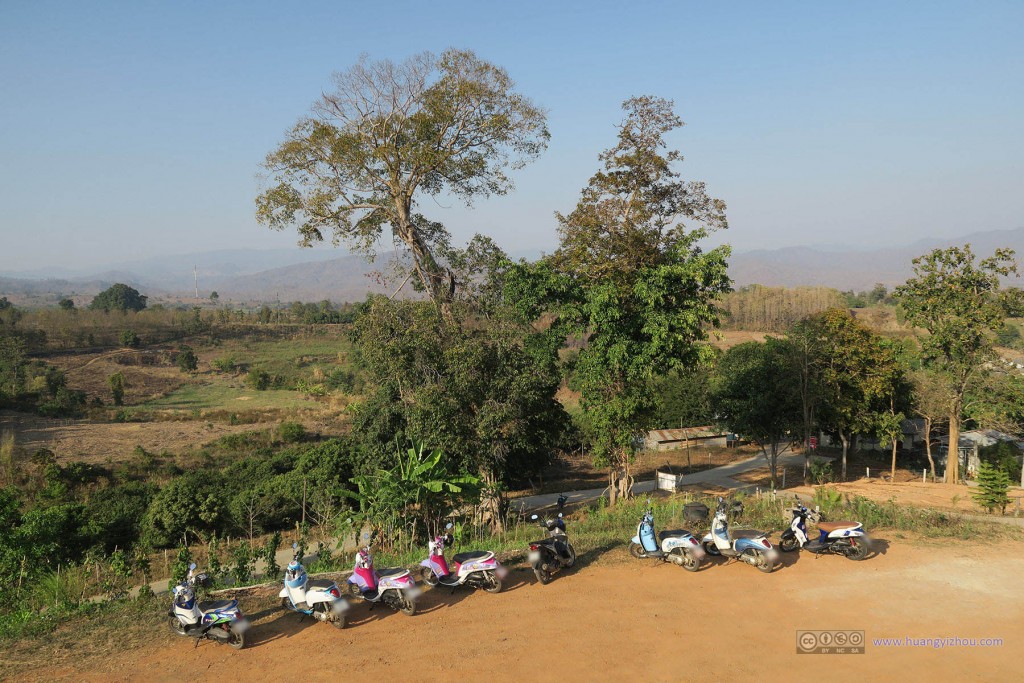 Parking lot of a restaurant near YunLai 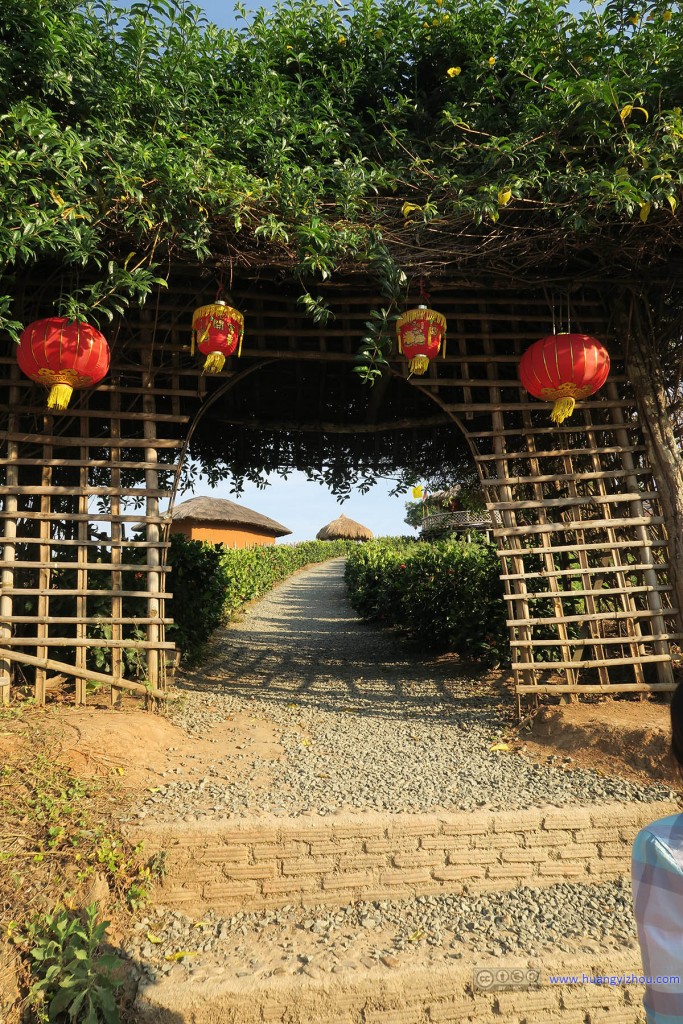 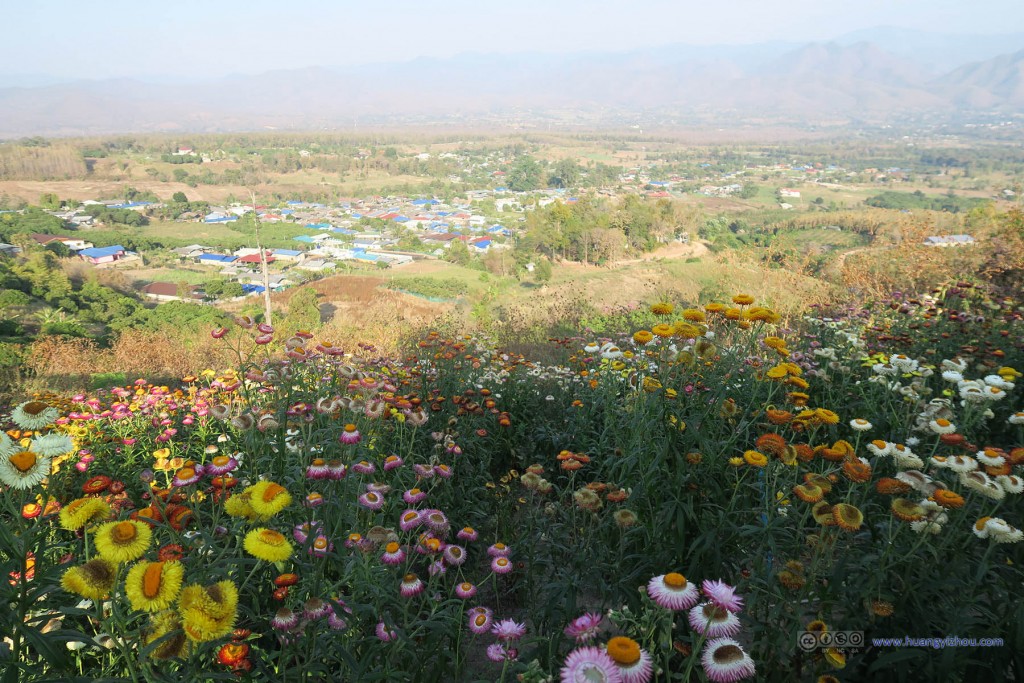 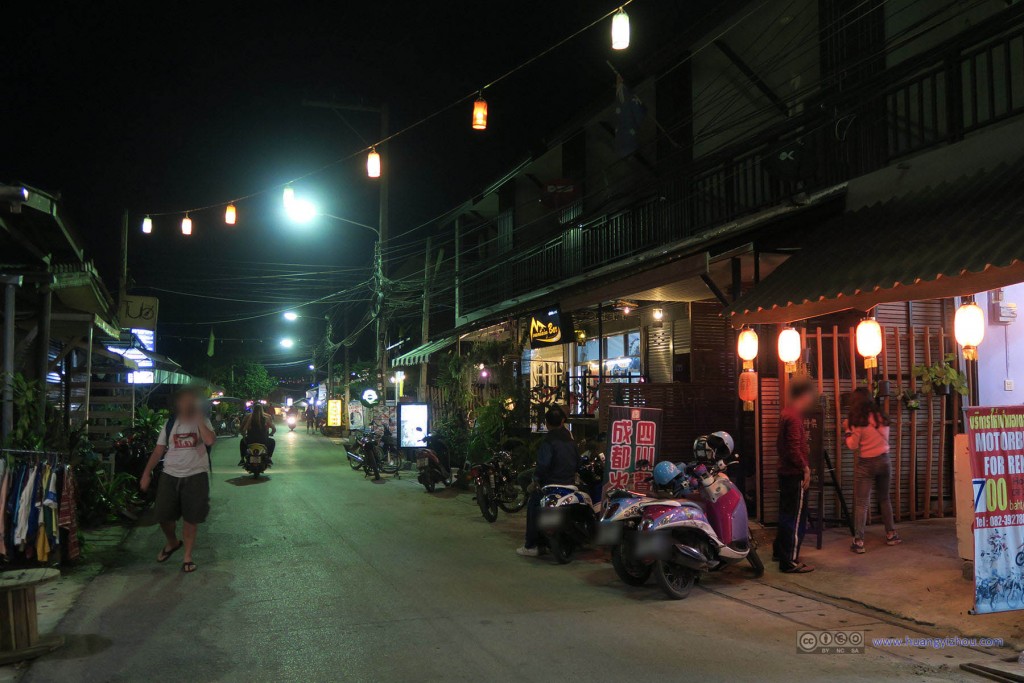 The rent of motorcycle is based on a 24-hour cycle. So we rode back to Pai Night Bazar for dinner. 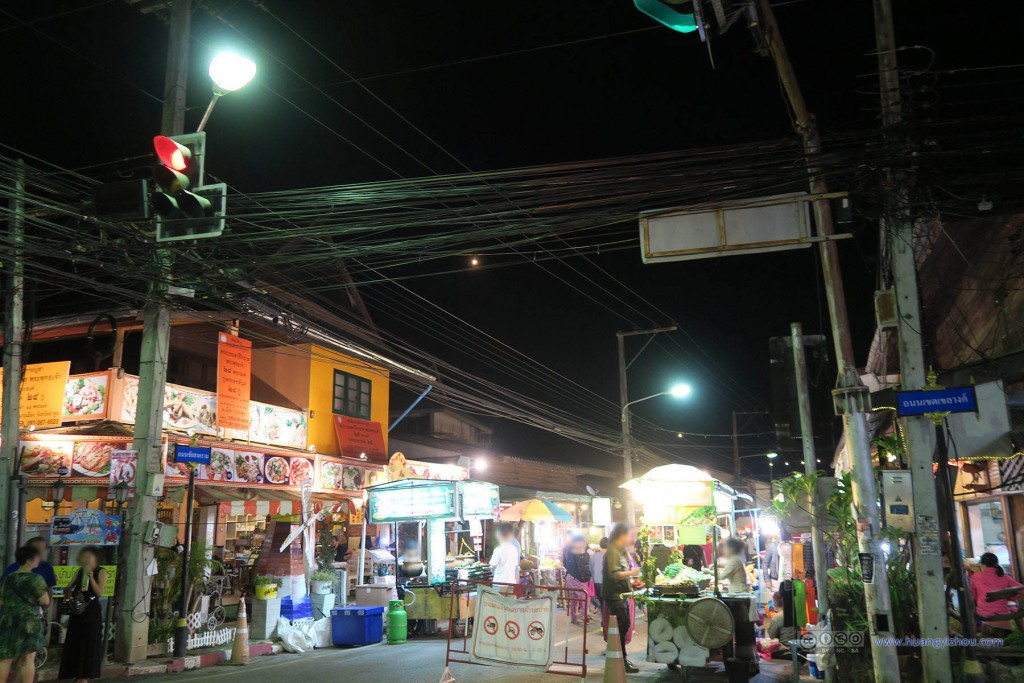 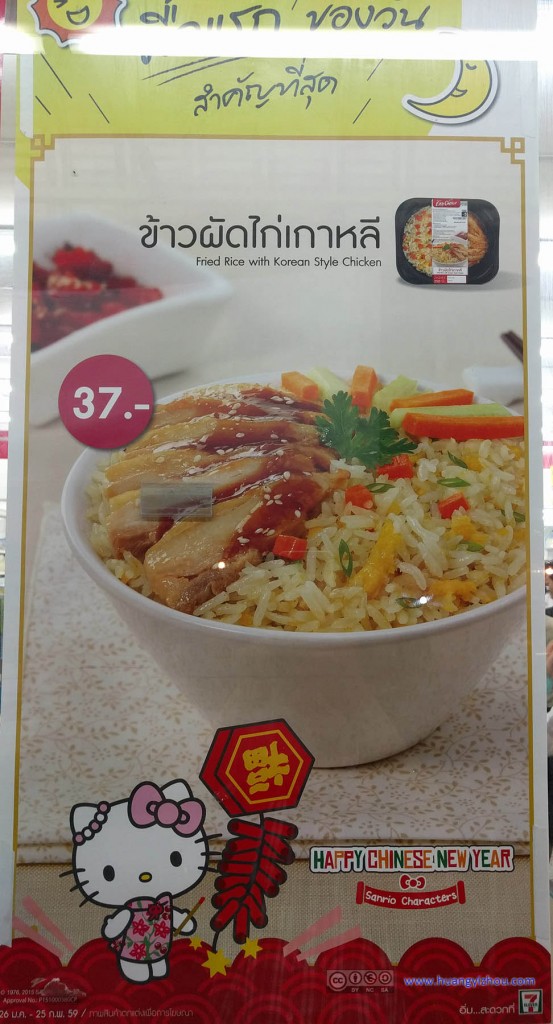 7-11 Advertisement, I wonder why they celebrate Chinese New Year with Korean-Style Chicken 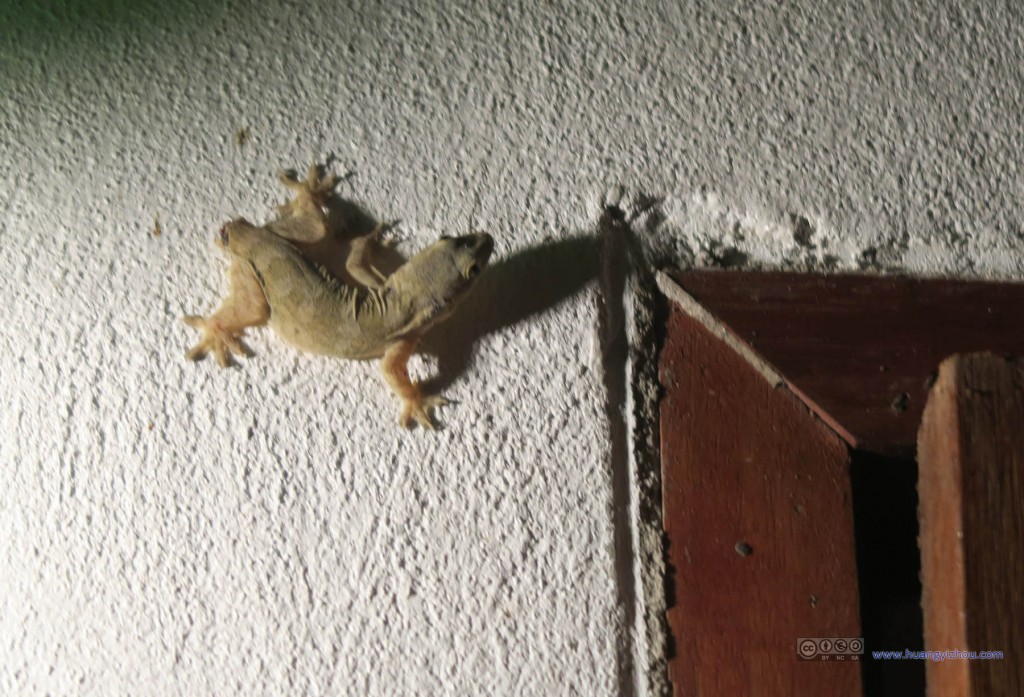 Geckos outside our hotel room.

Holidays in Thai: Pai on February 4th, 2016 by Huang's Site is licensed under a Creative Commons Attribution-NonCommercial-ShareAlike 4.0 International License.