Having motorcycled without a hitch yesterday afternoon, I was quite confident in my motorcycle skills, and went on the Great Pai Cycle this morning before leaving Pai. 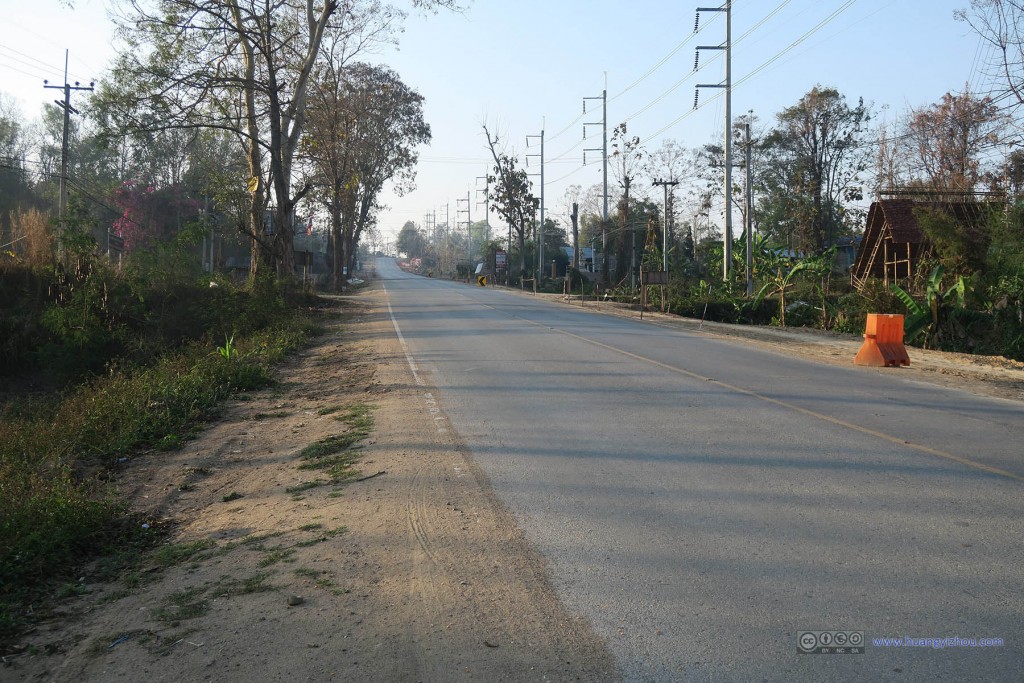 Pai waking up, it’s still early in the day and there’s little traffic on the roads

First it’s the several tourist spots on the main road, including Coffee In Love, Love Strawberry, Pai Canyon, Memorial Bridge. Sceneries on the Great Cycle was much better than Western Pai which we visited yesterday, that’s probably why it’s more frequently mentioned in travel blogs.

The only disadvantage of motorcycle is that, one cannot look at cell phones while riding. So that morning it’s basically, Googled the distance to the next spot, and used the motorbikes distance meter to see how much distance left. 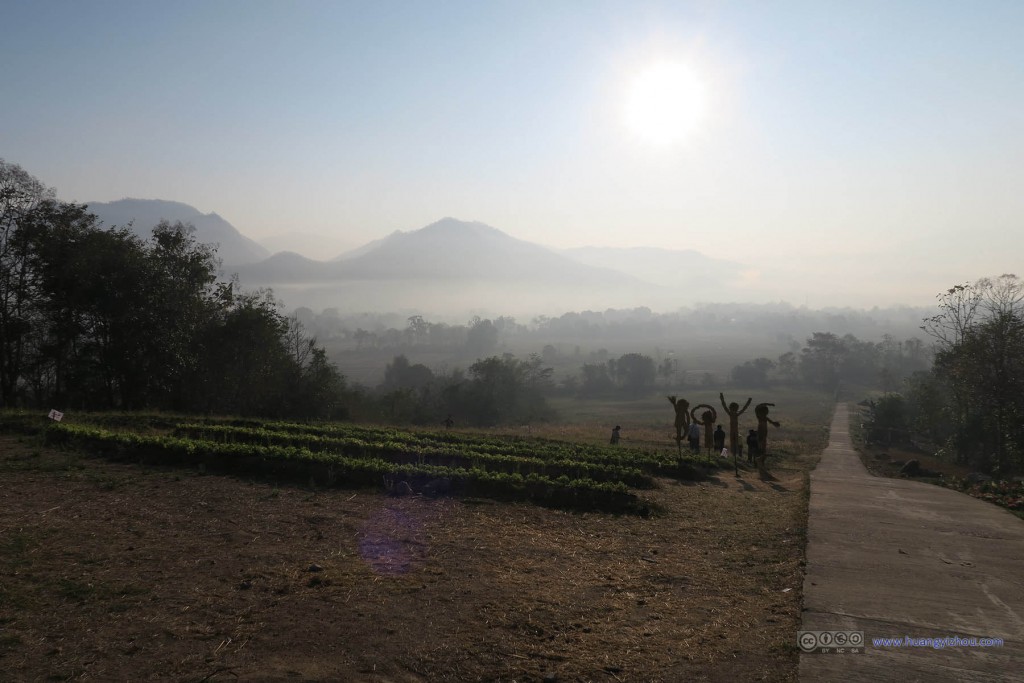 Country beyond Coffee In Love, the density of the mist just good

Mountains and countryside from Coffee In Love 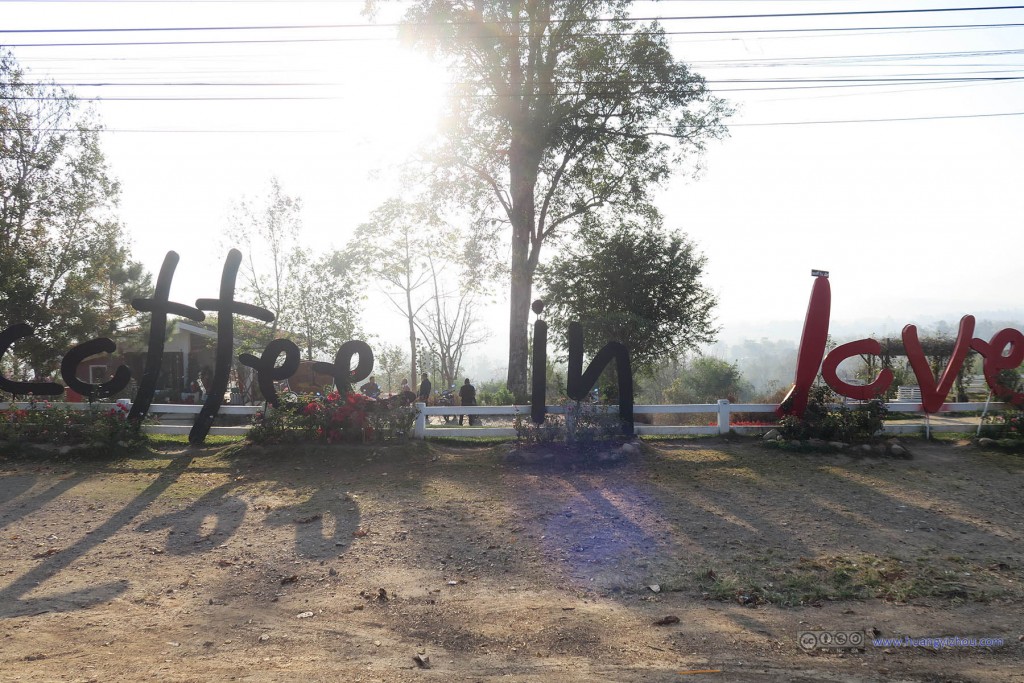 During our stay in Pai it’s meteorologically sunny, but the sky felt like thinly veiled. Some said it’s because the local burning their crops, otherwise the view should be much better. 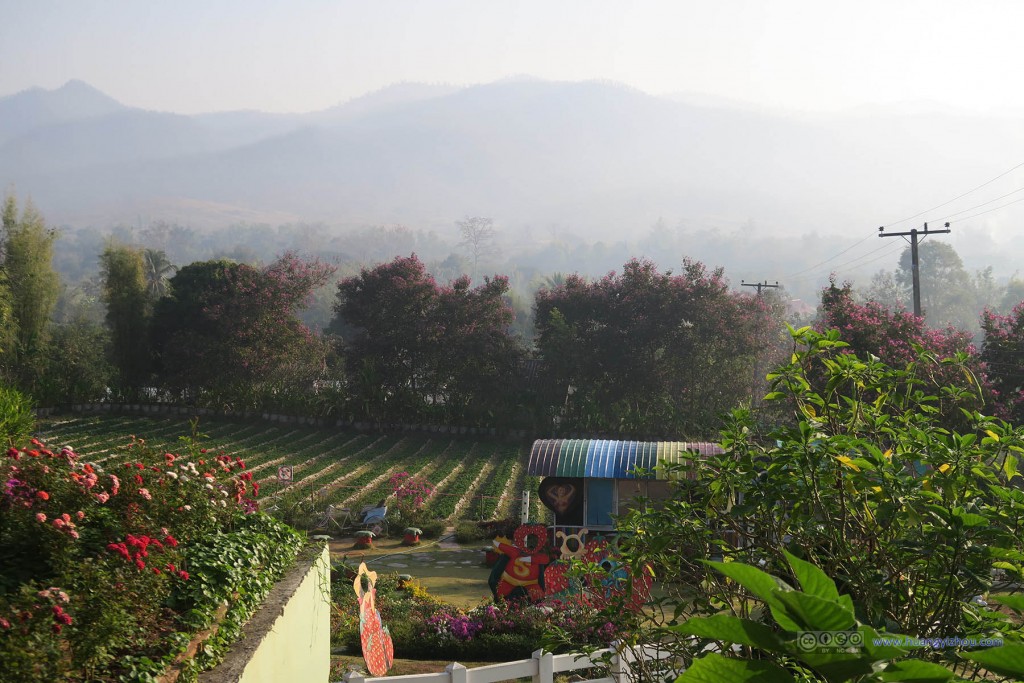 Both Coffee In Love and Love Strawberry are located just roadside, as we traveled with two minivans doing day tour. But it seemed that day tours usually skipped sites like Pai Canyon which required a little hill climbing. Yet by the way, the sceneries from Pai Canyon was really, ordinary. 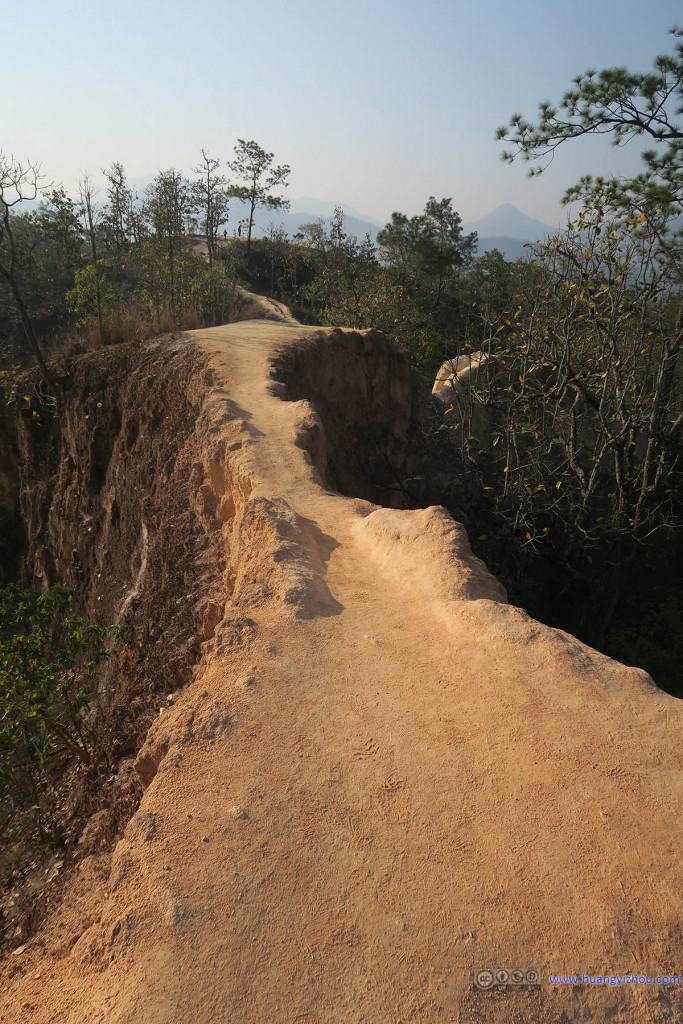 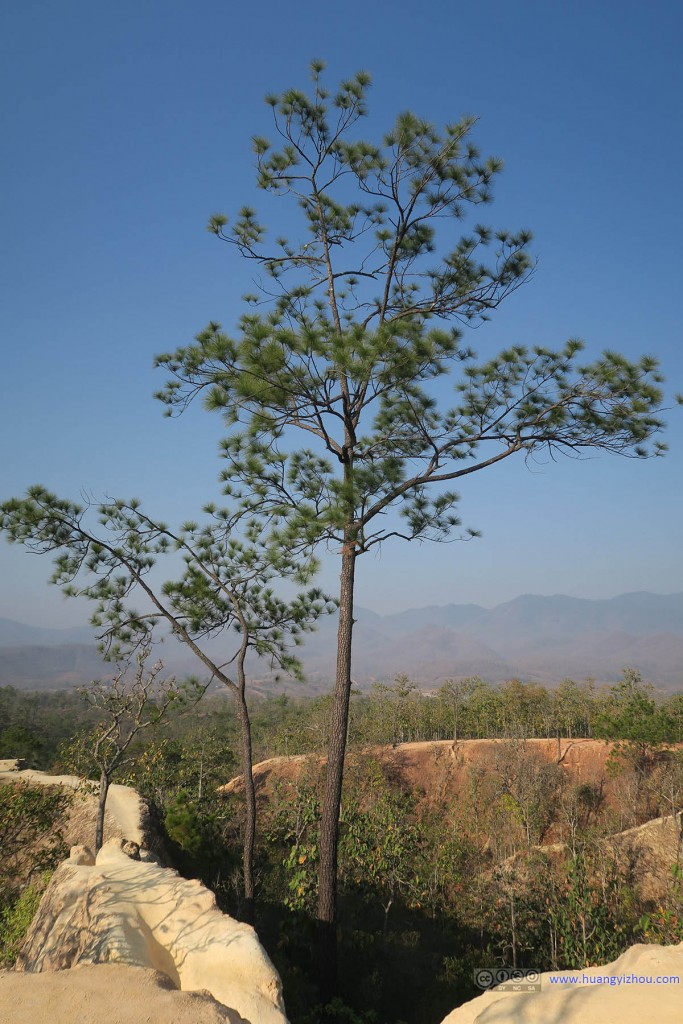 Pai Canyon, tree growing out of this not-so-deep canyon 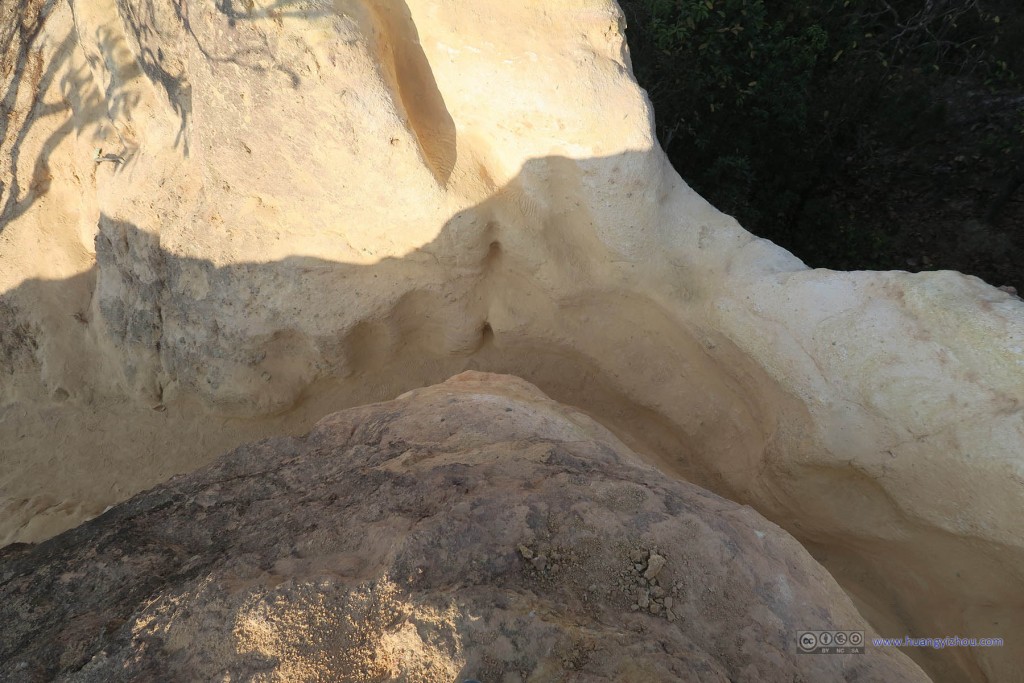 There’s a shallow passage further down Pai Canyon, to keep my hands from getting dirty, I returned there

Then it’s the Memorial Bridge on the south tip of the Great Cycle. Since it’s early in the day, there’s few people around. All the movie tools for photographs were, free. 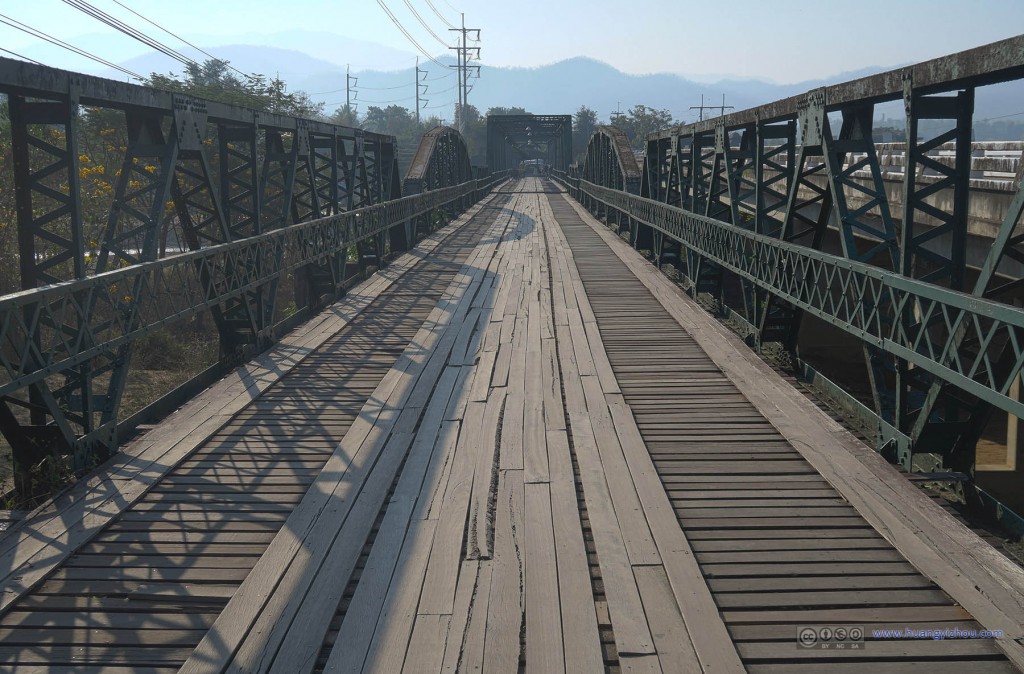 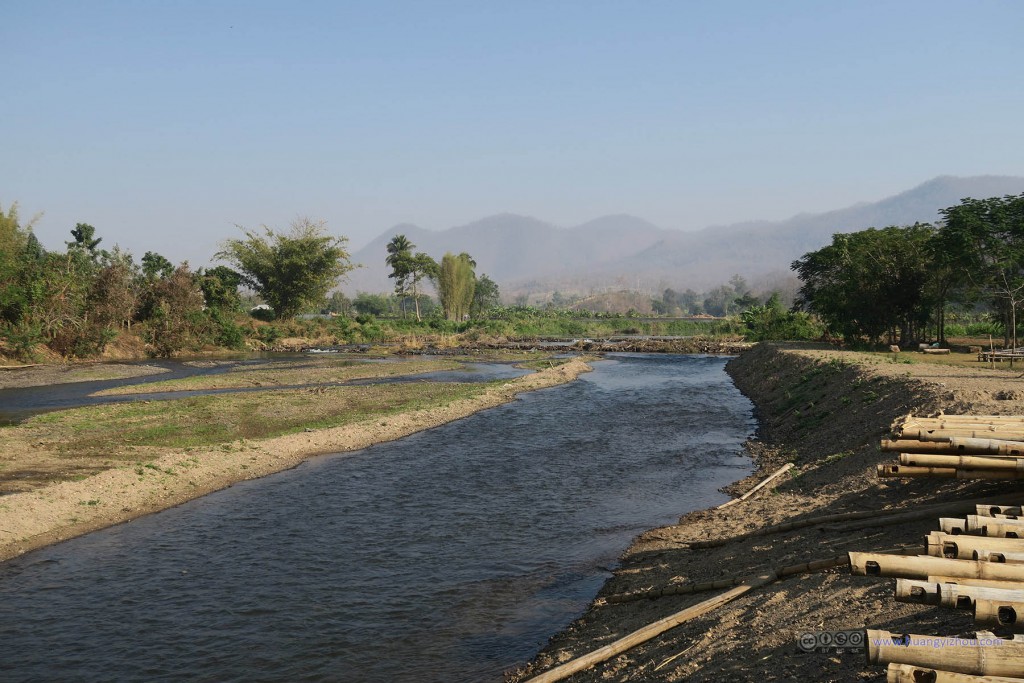 River down Memorial Bridge and the villages on the horizon 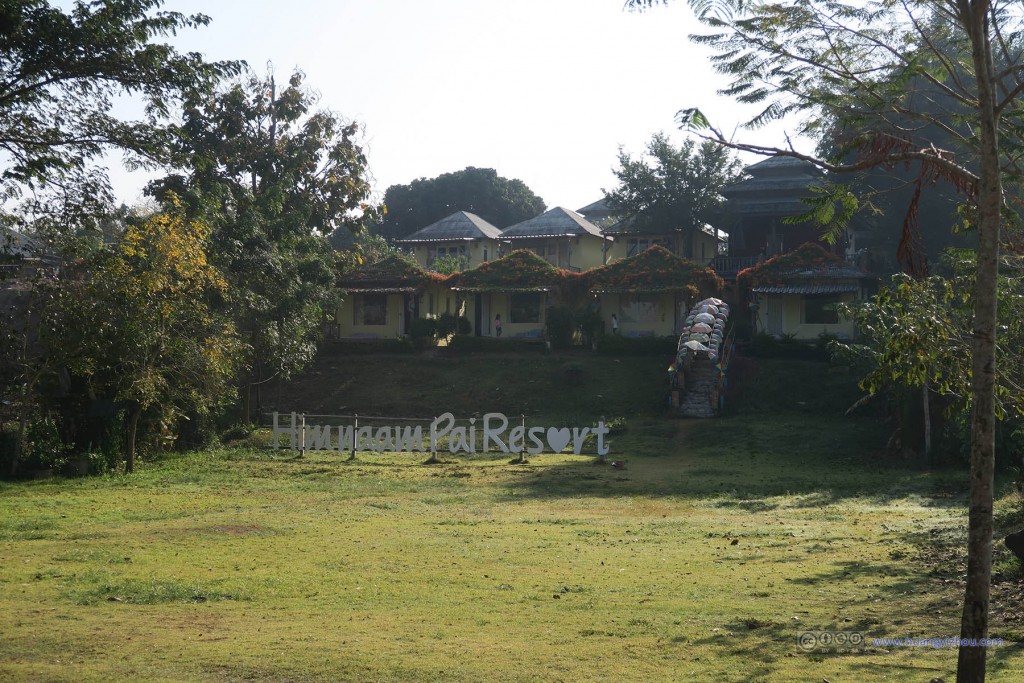 Then we took another road on the Pai Great Cycle back to town. Since it’s not a main road, there’s little traffic on it. We passed by some elephant camps where some companies herded elephants for people to ride. I though elephants deserve better lives than being rode by humans, my mom thought it’s better to be quick as we have a minivan to catch at noon(in fact, there’s lots of time), so we skipped these elephant camps. 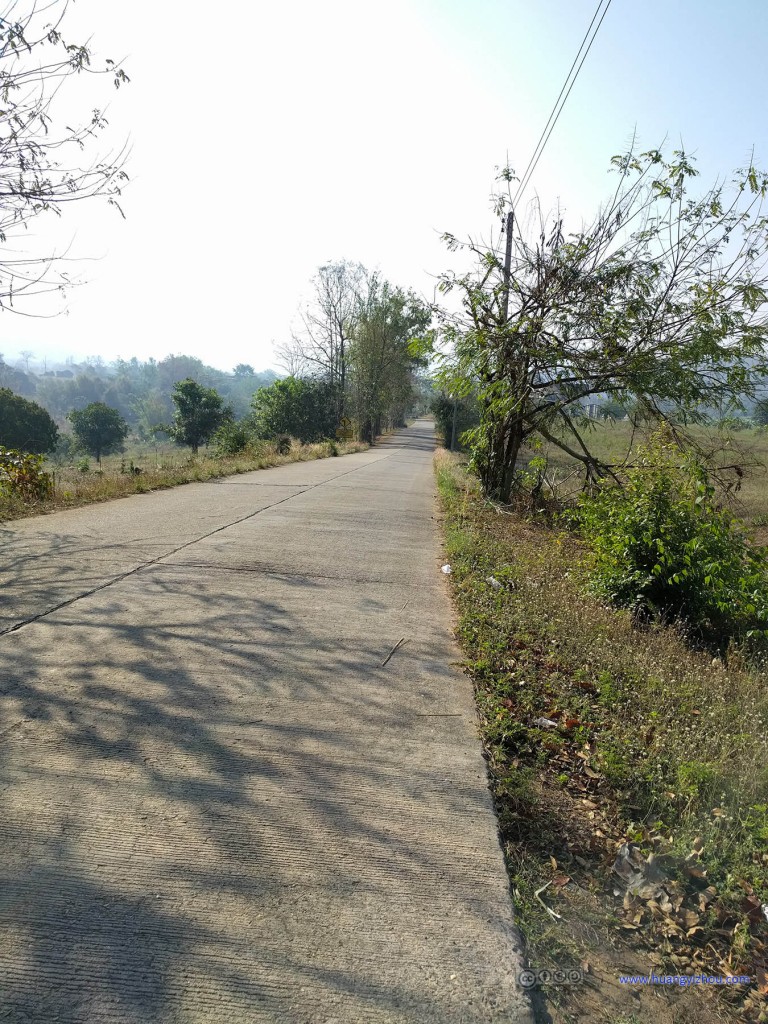 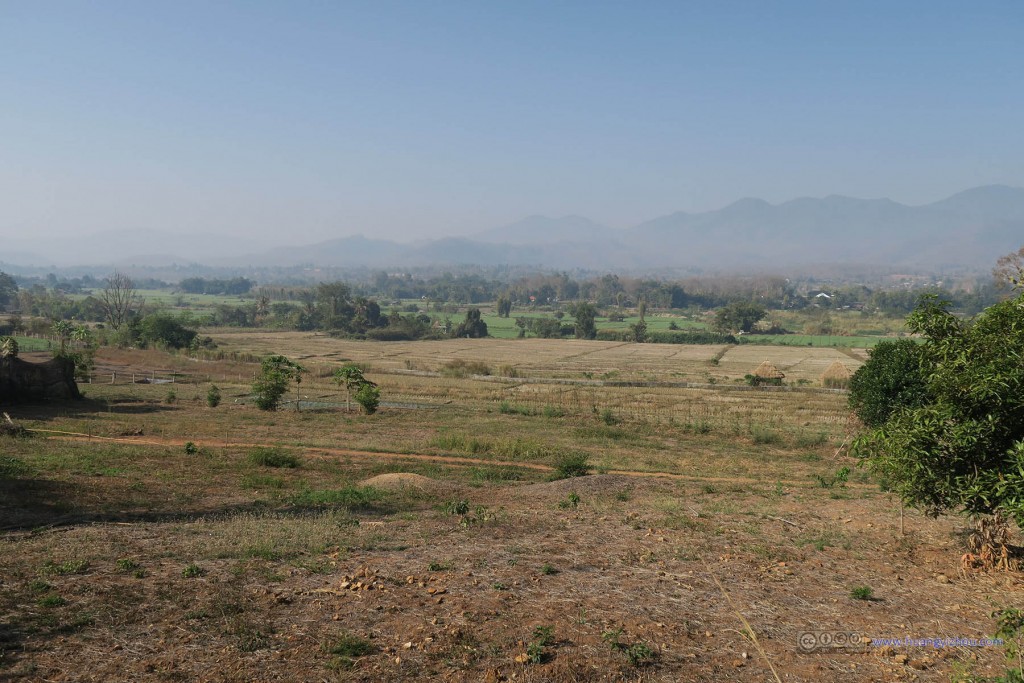 Outer Pai, this looked much more like countryside and much better

Hinted by my mom, I spotted this bird (or crane?) in the field 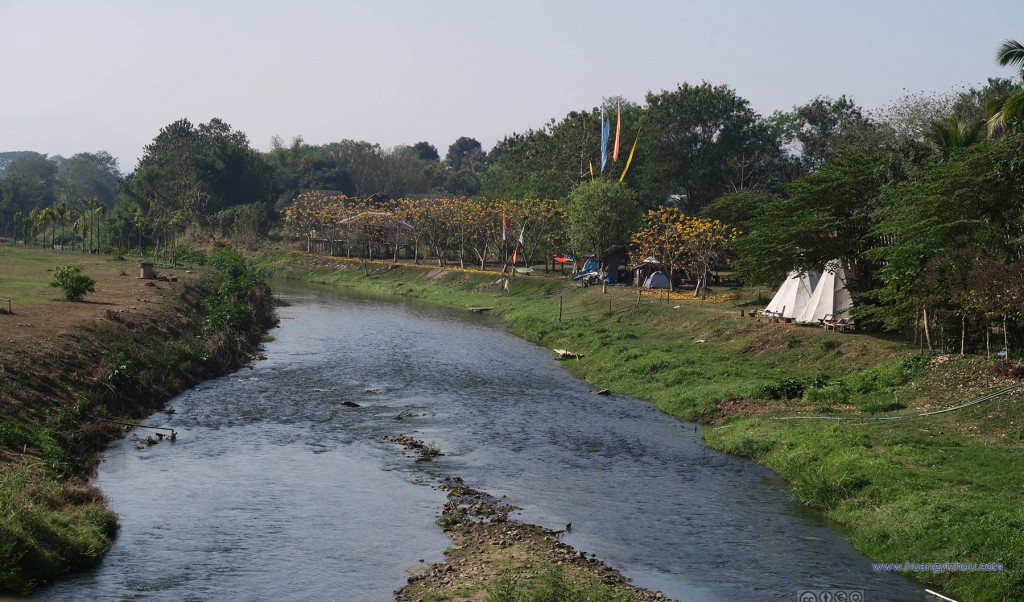 Then we arrived back in town and found my deposit receipt missing when returning the motorcycles. (In fact I lost them yesterday and I didn’t take any photograph of that.) So we pretended not being able to hear what the clerks were saying, till they get really bored and returned our deposit.

We bought tickets for the 12:00 minivan back to Chiang Mai yesterday, and interchange to 16:00 coach to Chiang Rai in Chiang Mai Bus Station. Since it’s still early, I roamed the town for the last time. 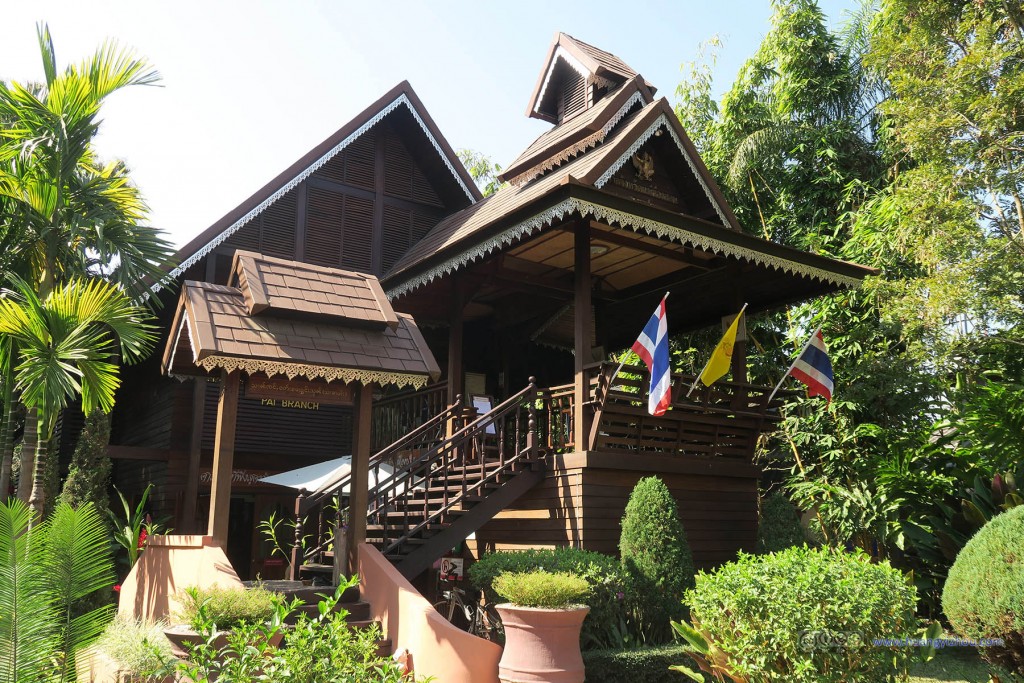 This is local court in central Pai 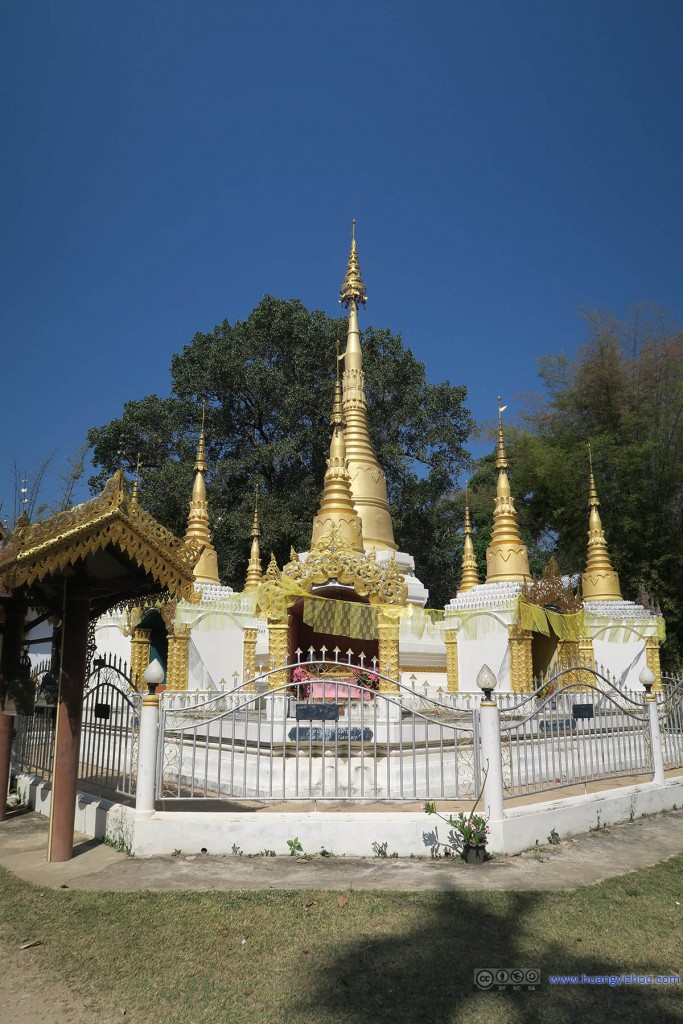 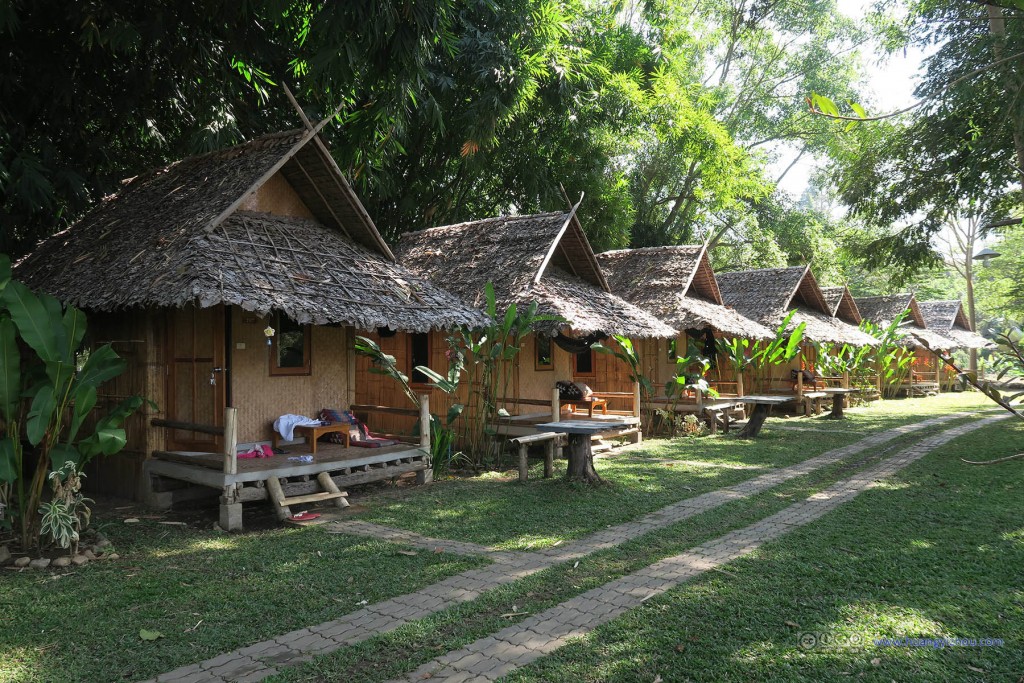 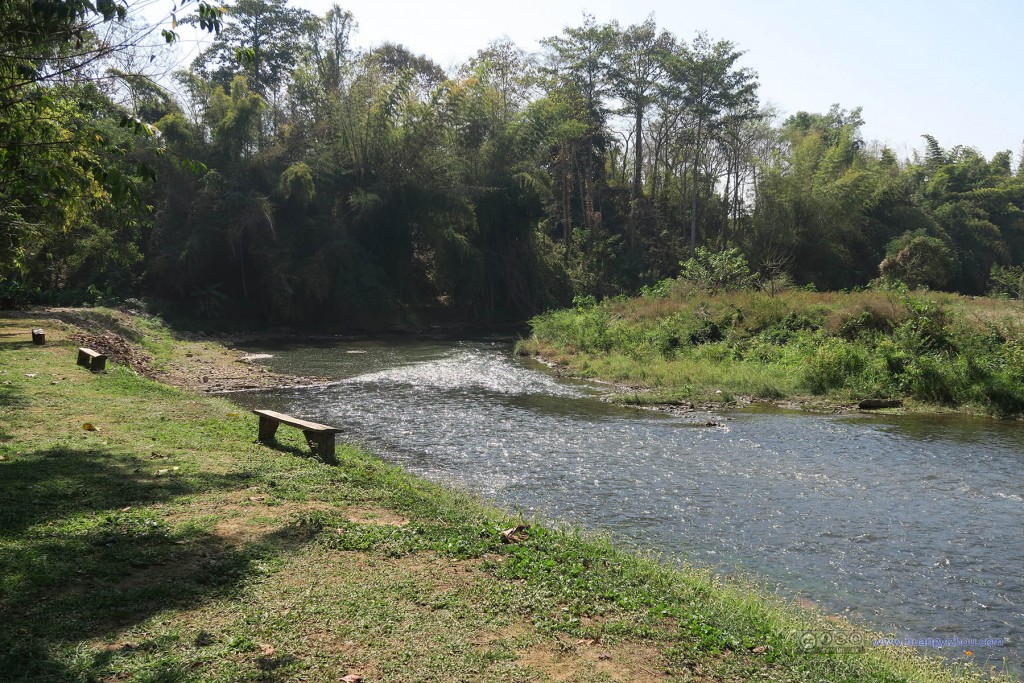 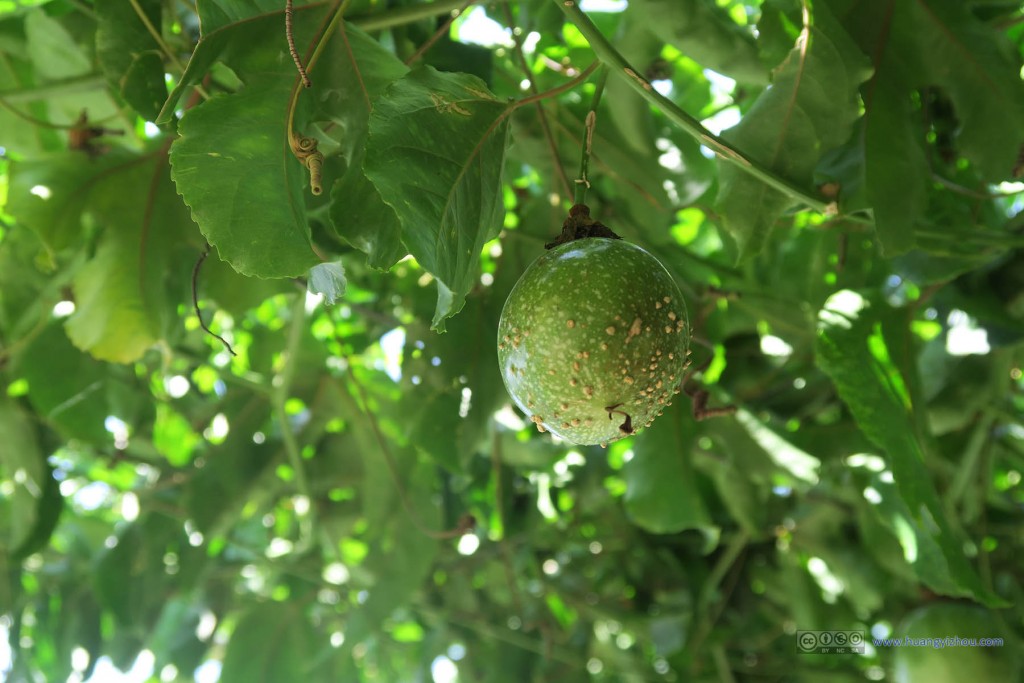 Pai Bus Station is tiny station with lots of mini vans to Chiang Mai. Still, Minivan companies prefer to depart by the hour, so basically everyone in the bus station was running around looking for his van number.

We reached Chiang Mai Bus Station at 15:05, walked cross road to another terminal to wait for our coach to Chiang Rai operated by GreenBus. I walked around the bus station while waiting, and found GreenBus to be the only company with a queue machine and a waiting area. The rest of the bus station were small companies with one counter and one nanny and no customers (they have quite cheap human labor).

Since there’s still time to kill, I wandered around.

Wat Koo Kam, since such a temple on the outskirts of Chiang Mai attracts little tourism, so it seems to be decorated more practically. 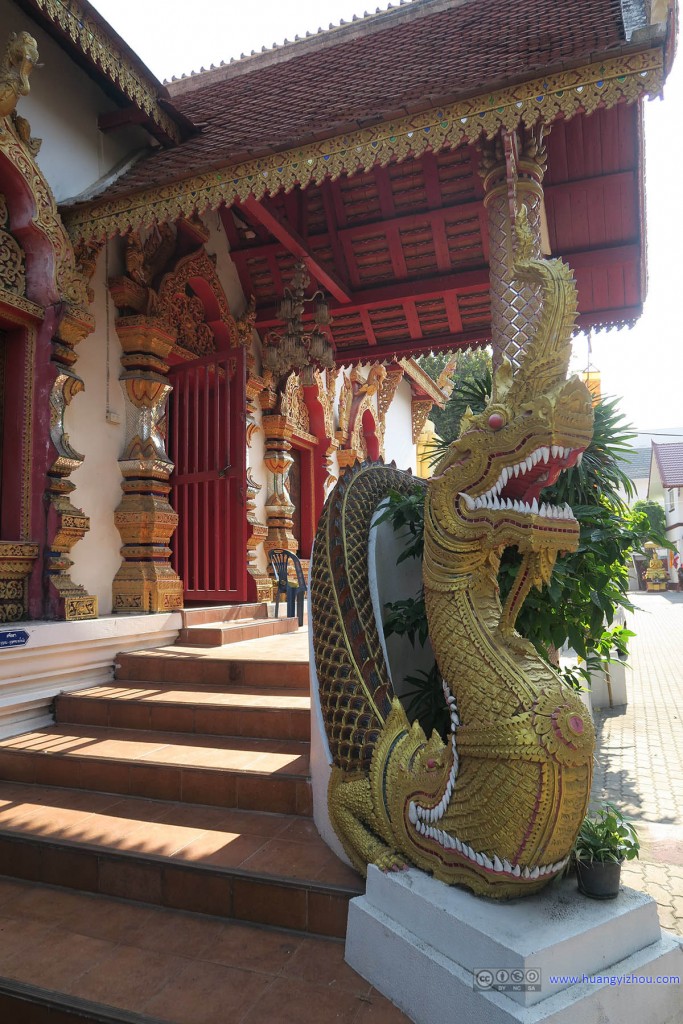 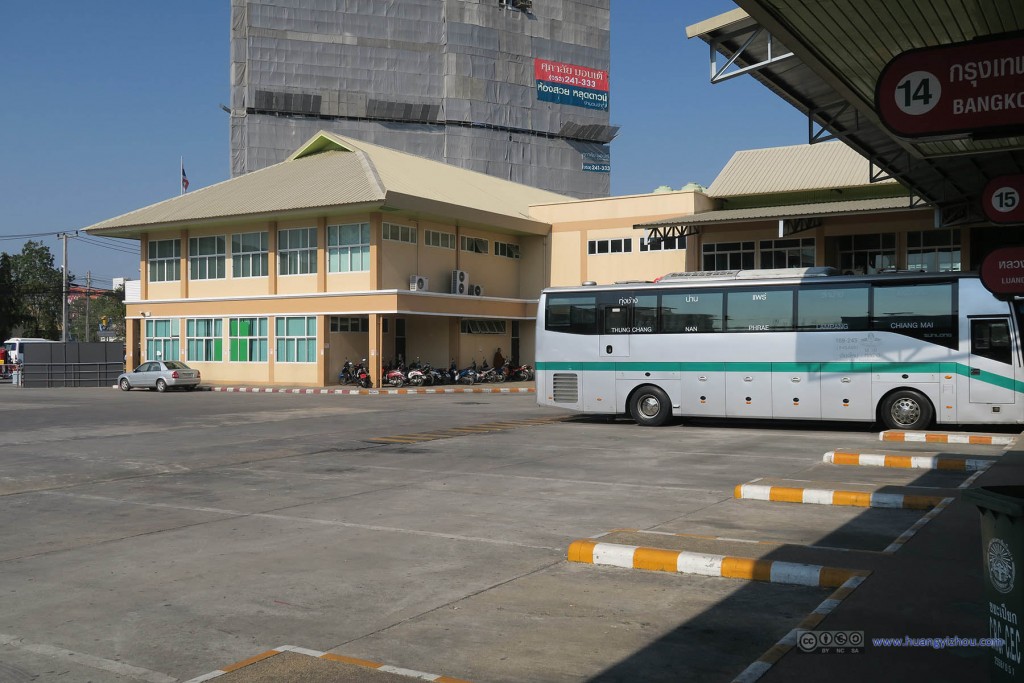 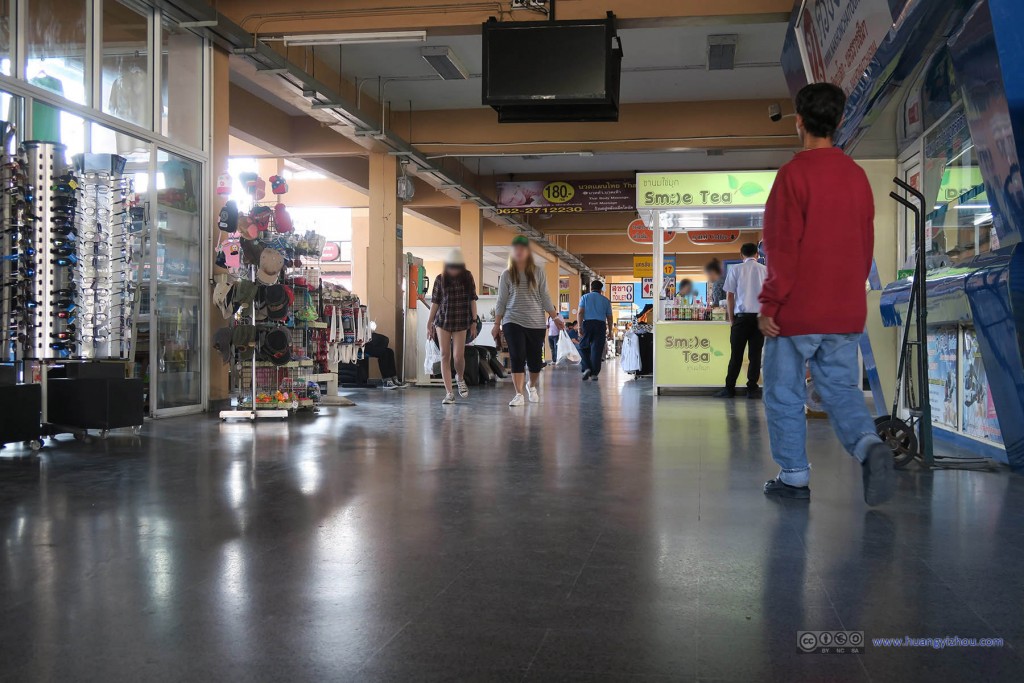 Then it turned out the 1600 bus actually arrived at 1630. To make matters worse, that bus is (in my opinion) for local commute as it’s Friday afternoon and people were going back home. So, as two of the few tourists on the bus who didn’t speak Thai, we spent that half an hour walking around asking people. Yet when we finally boarded the bus, I had to say service on Thai coaches were much better than Chinese ones. (183 km at approximately 180THB) 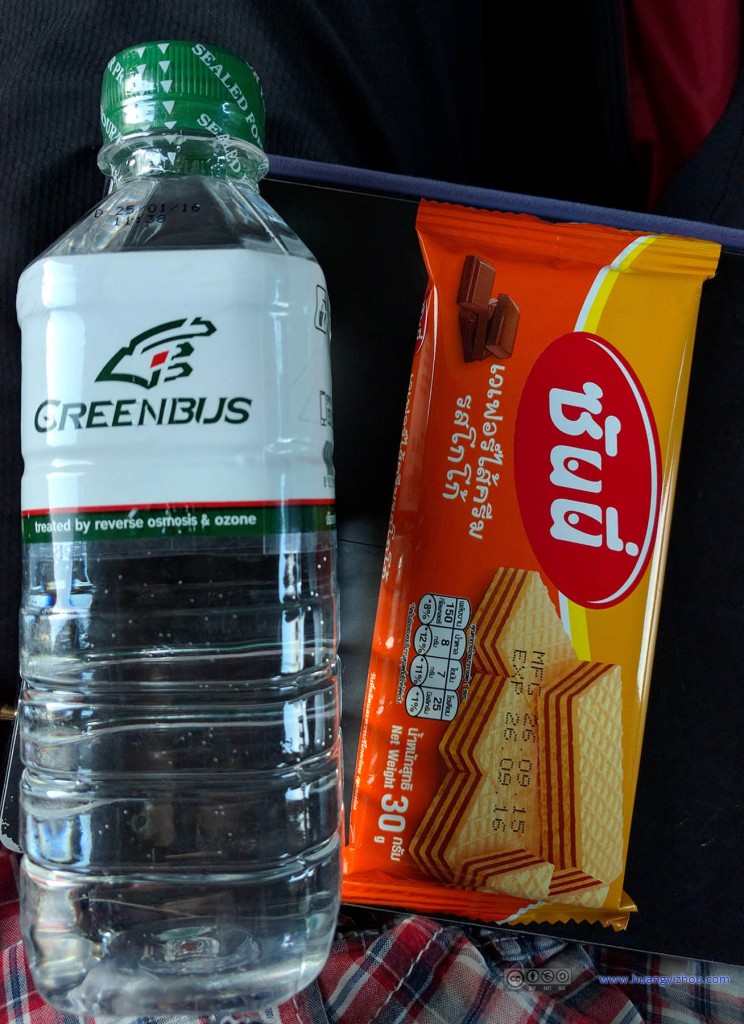 Snacks on the coach to Chiang Rai, those biscuits were very nice. 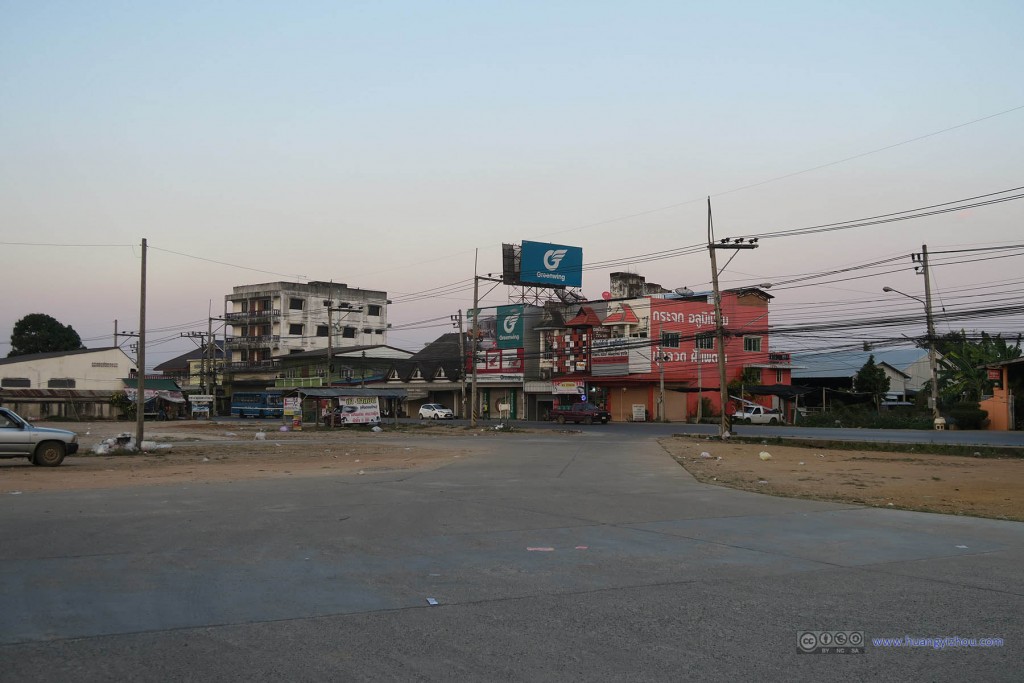 Service Station on the way to Chiang Rai 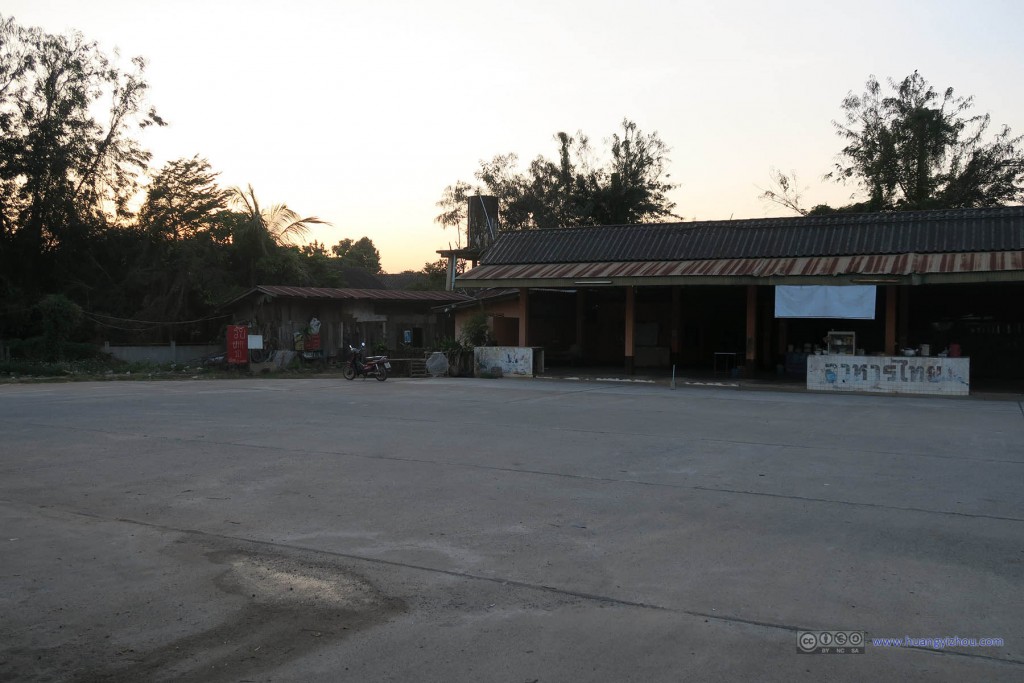 Service Station on the way to Chiang Rai

Chiang Rai Old Bus Station became a bazaar at night. When our bus came those vendors quickly packed their stands to let us pass, after which they set them up quickly to resume business. It’s quite a stunt watching them from the bus.

Having arrived at Chiang Rai, I walked around as it’s still early in the night. 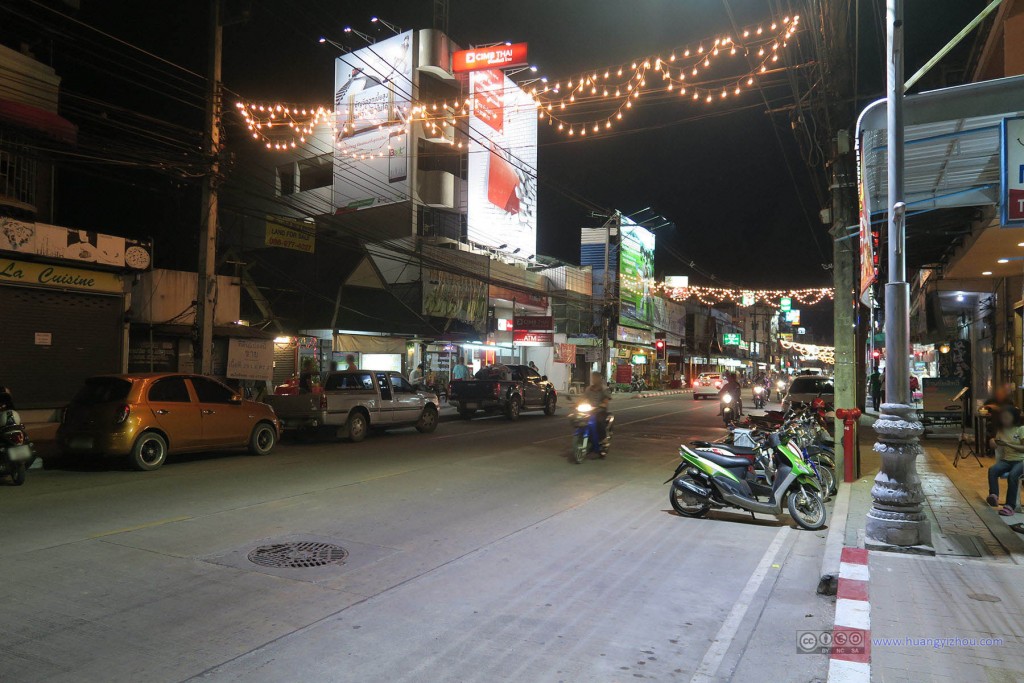 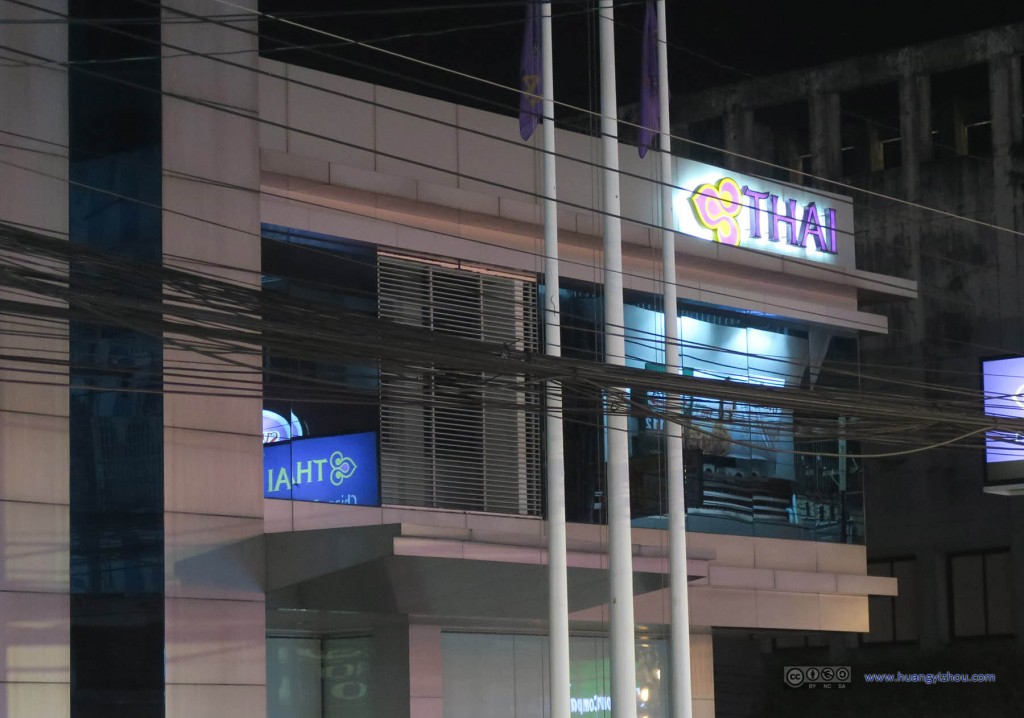 Thai Airline office at Chiang Rai. Thai doesn’t operate flights to Chiang Rai, only its subsidiary Thai Smile operates a handful of flights. With such an office under so little business, no wonder Thai Airline is losing money. 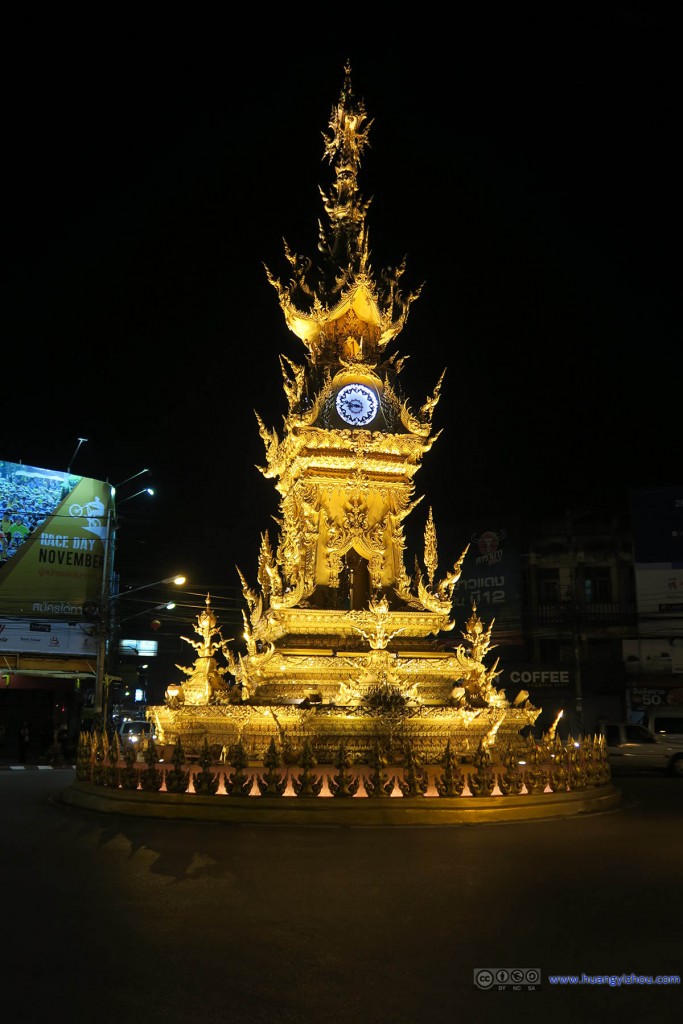 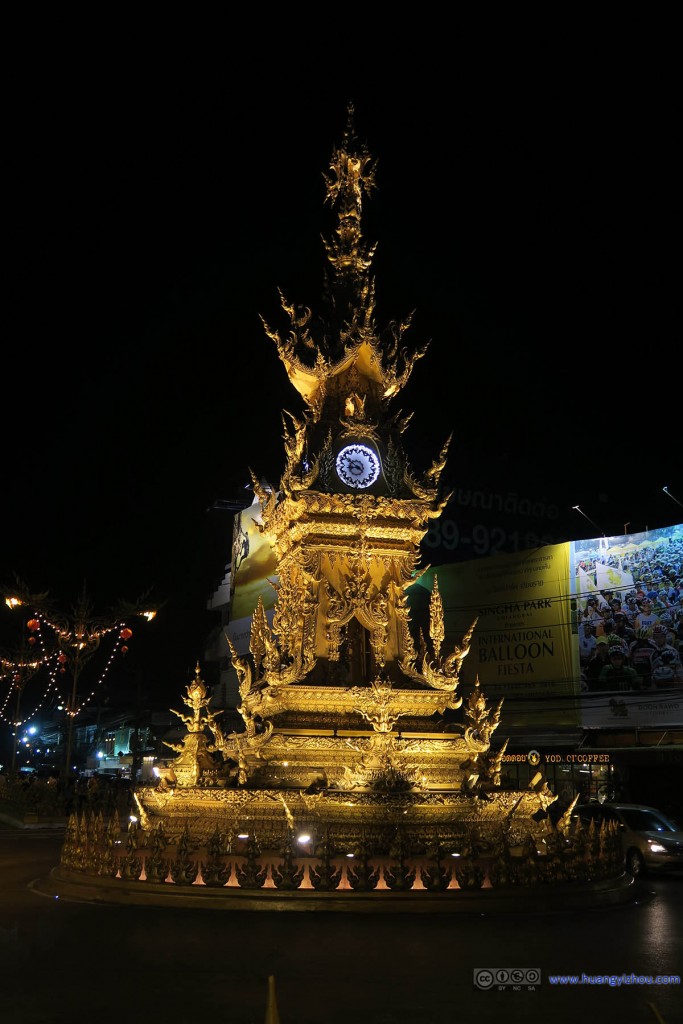 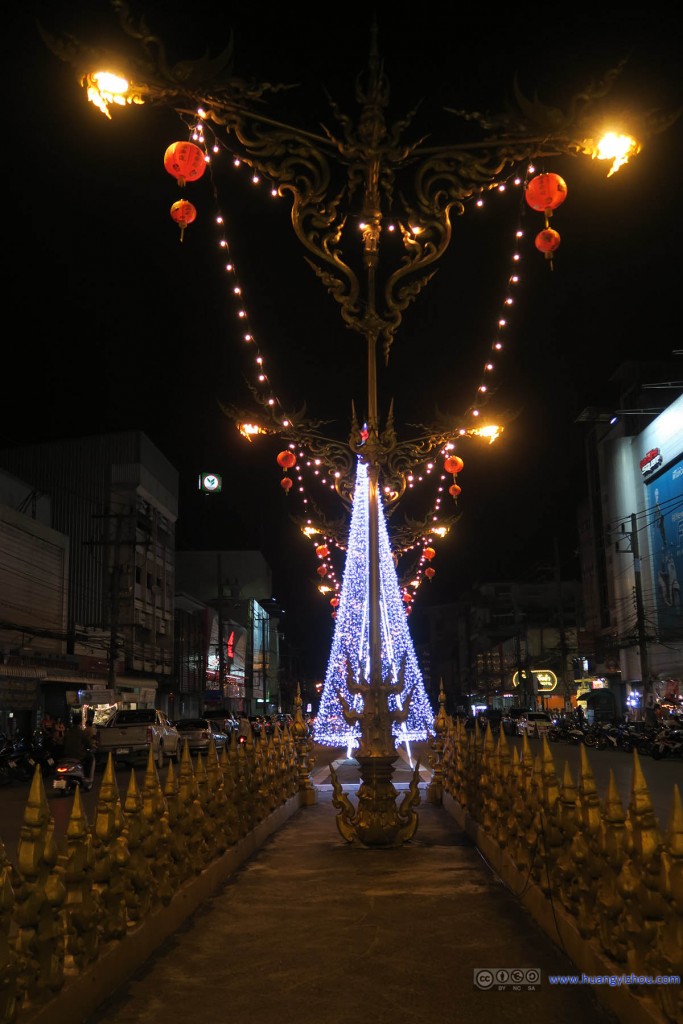 Holidays in Thai: Pai on February 5th, 2016 by Huang's Site is licensed under a Creative Commons Attribution-NonCommercial-ShareAlike 4.0 International License.