This is our last day in Thailand. Since we still kept the tickets to Ananta Samakhom Throne Hall, we planned to visit that before heading to the airport.

I found on Google Maps that bus No.2 went there, so we waited and boarded the bus at the bus stop outside our hotel, after which we were lost for a second or two as we searched for the conductor or the fare box. I struggled for quite some time with English and sign language and learned from a fellow passenger that this bus is free.
(I guess the bus’s free due to its lack of air conditioning. On the return trip we boarded another bus with air conditioning and with a conductor.) 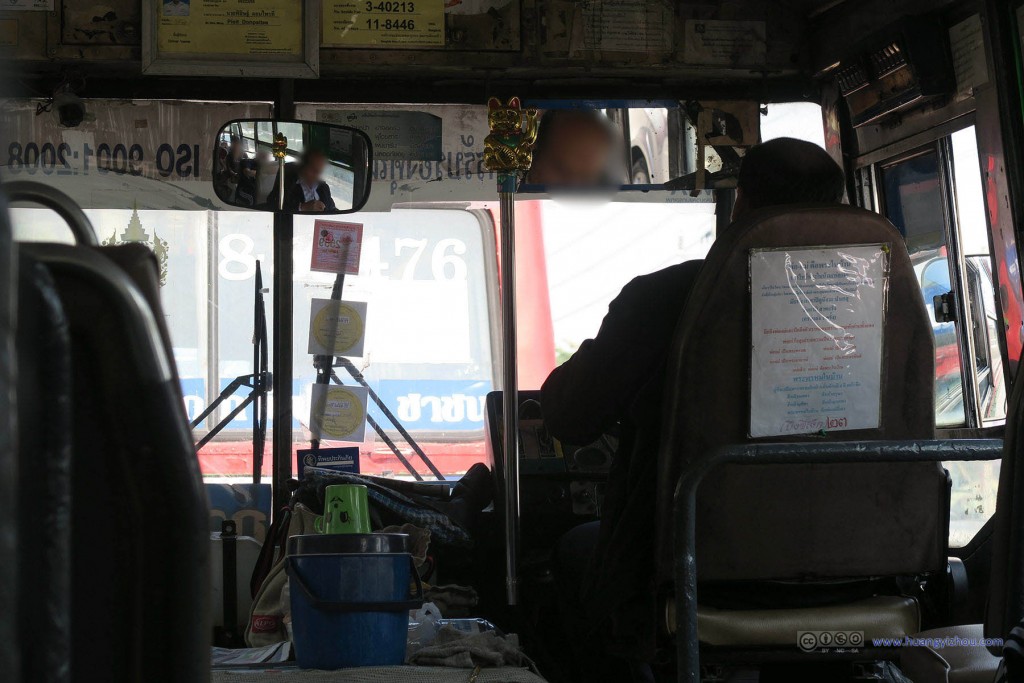 Bus to Ananta Samakhom Throne Hall , every time the driver shifted gear, it seemed as if he’s wielding a scepter. 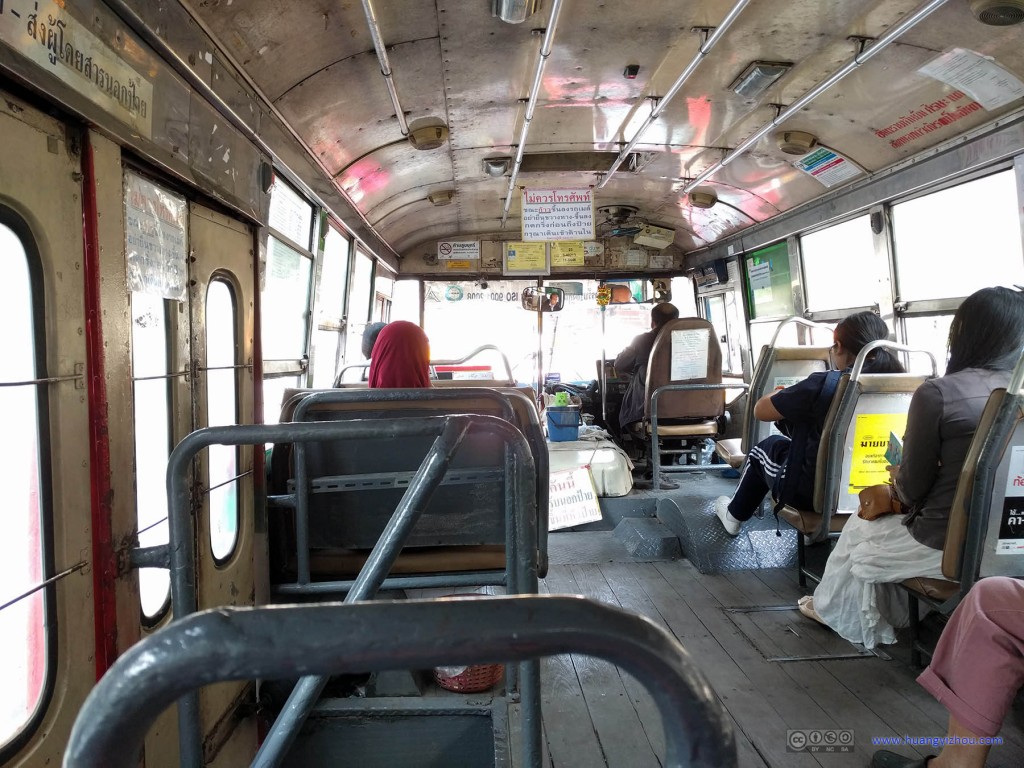 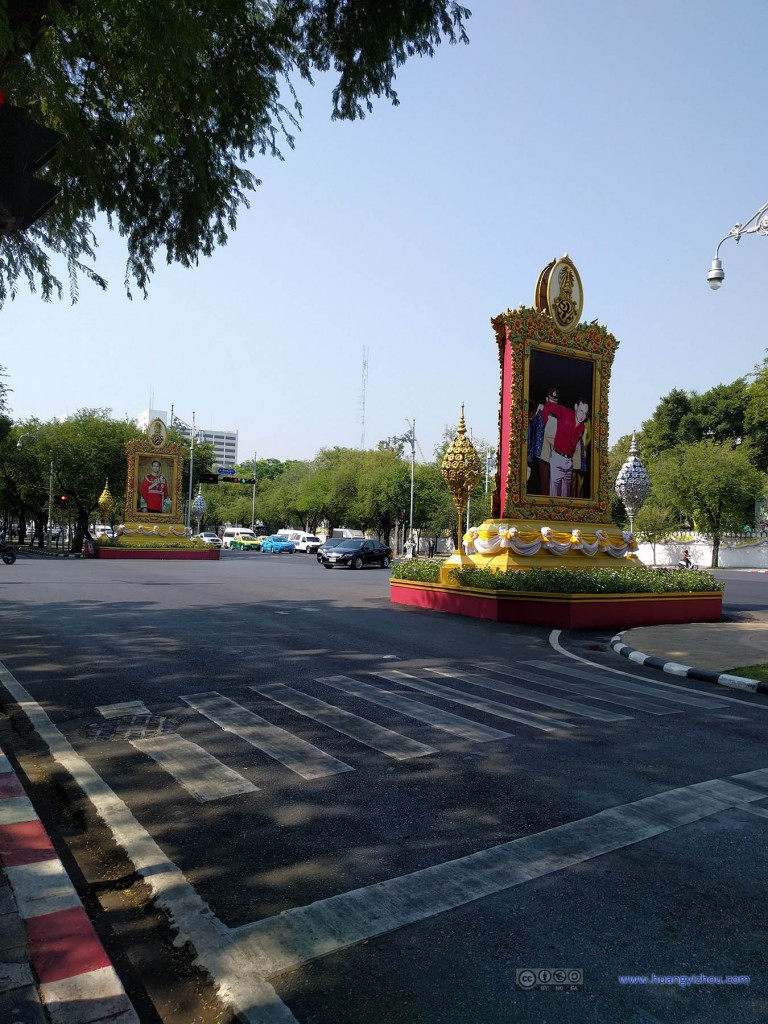 Downtown Bangkok, it’s hard to miss the portrait of king on the streets 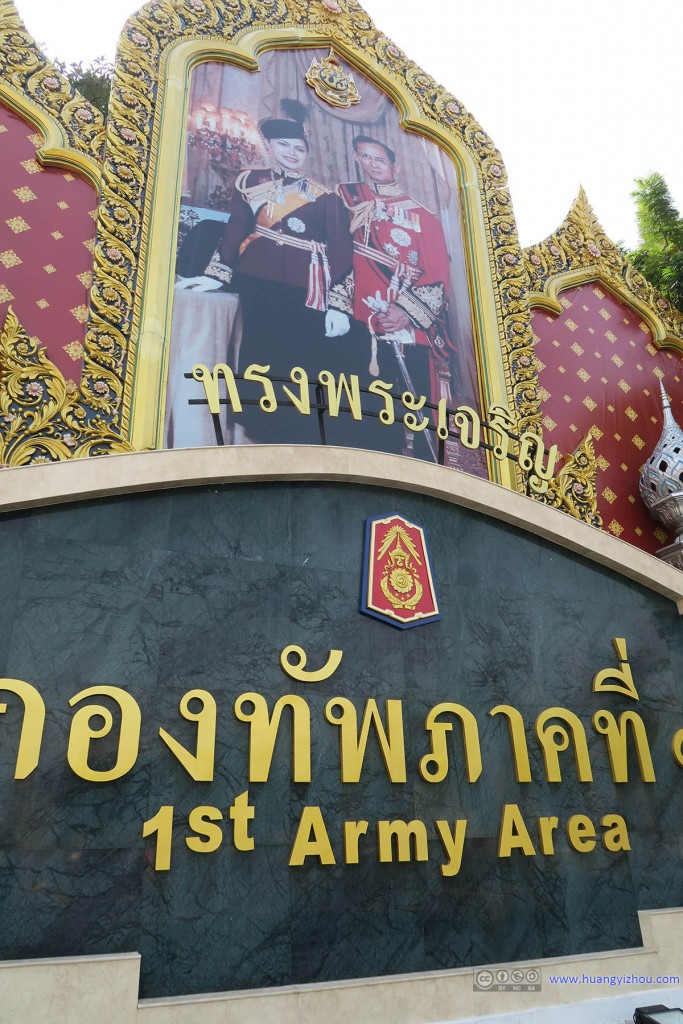 And the royal couple even guards this Thai military base 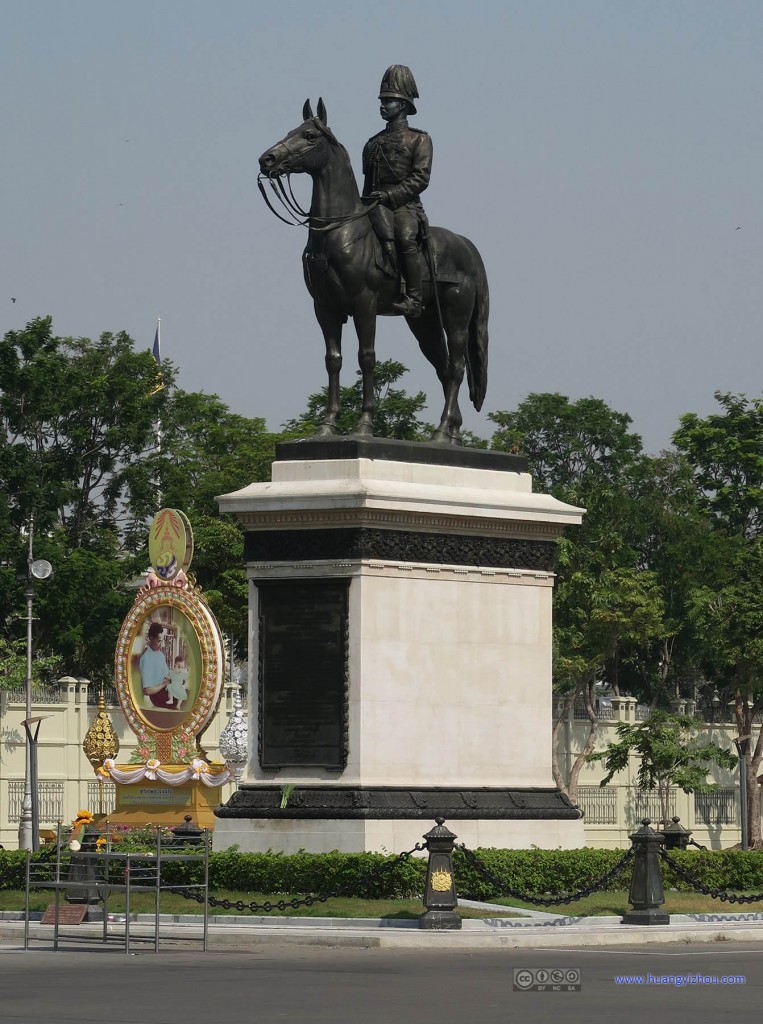 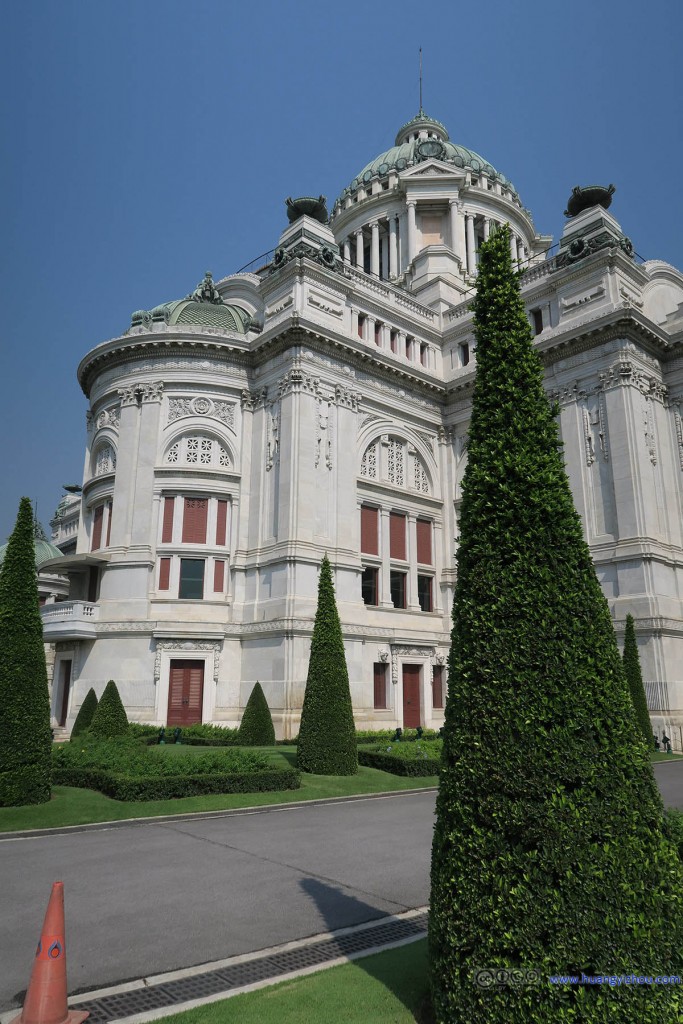 No electronic devices were allowed in Ananta Samakhom Throne Hall. Free audio guides were provided, and of course, we had the alternative of listening to tour guides all around. (Basically only Chinese tour groups visit Ananta Samakhom Throne Hall)
I found the audio guide quite useful, although when hearing “it took XX artists from XX institution XX months to finish this masterpiece” I knew it’s time to move on to next object. 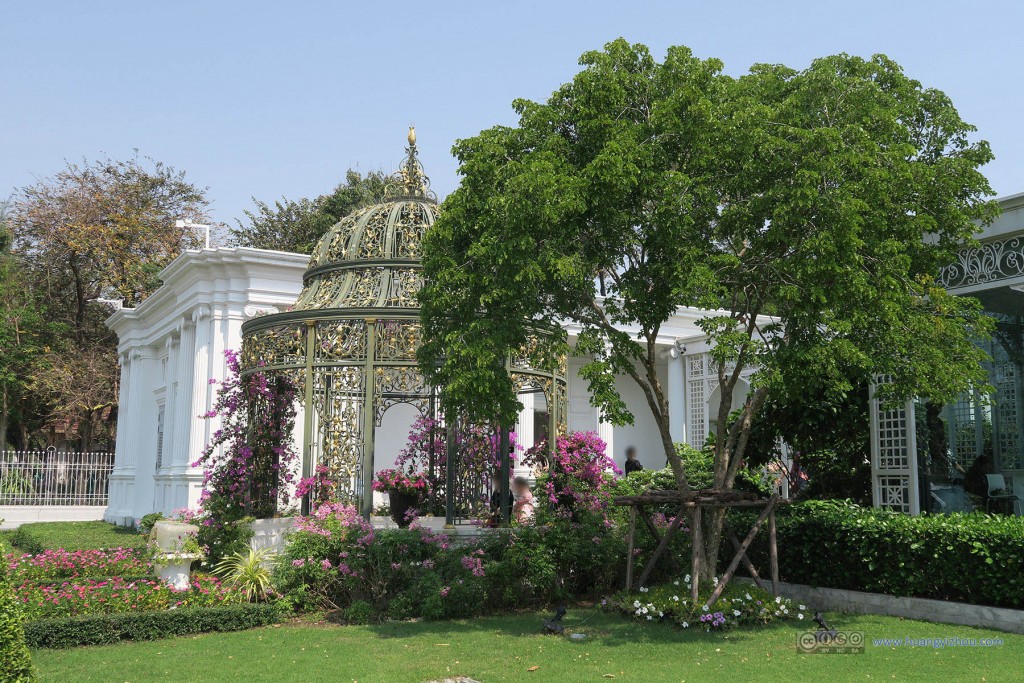 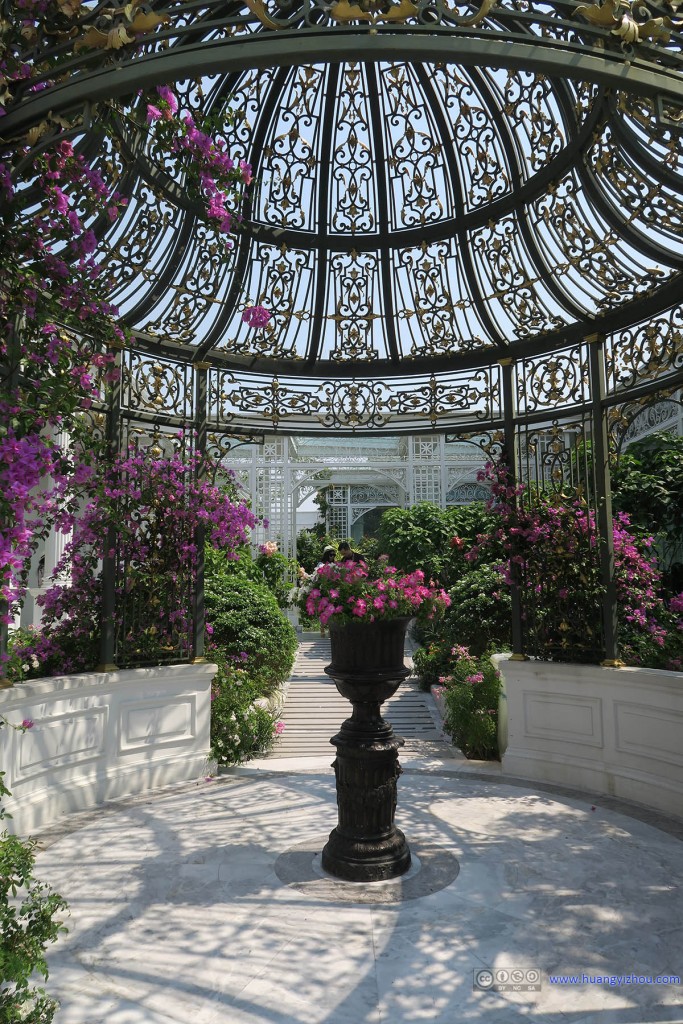 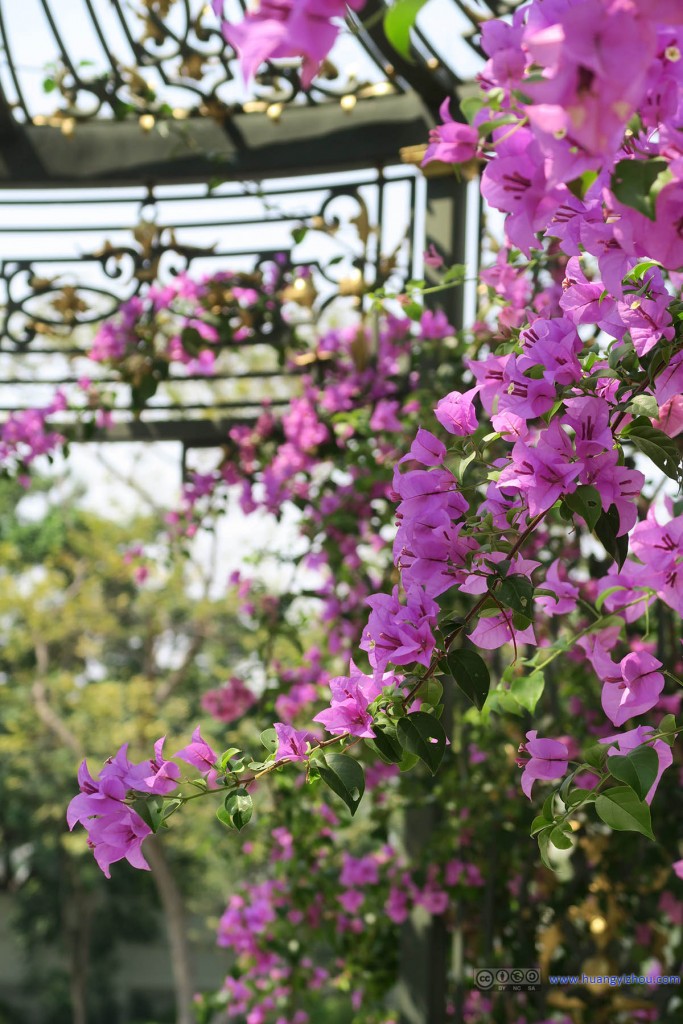 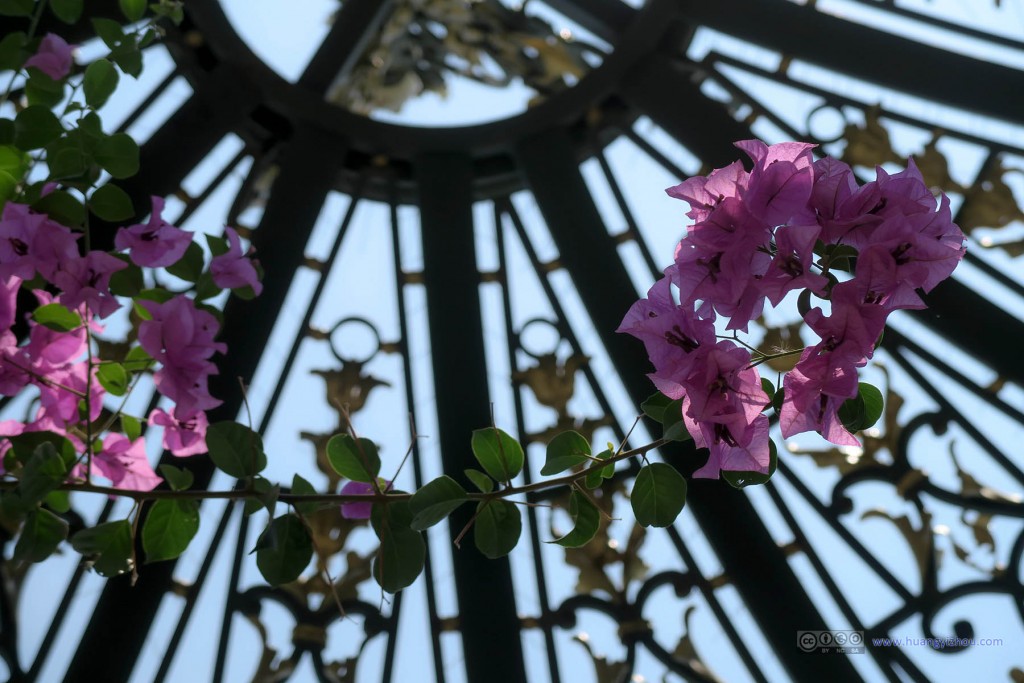 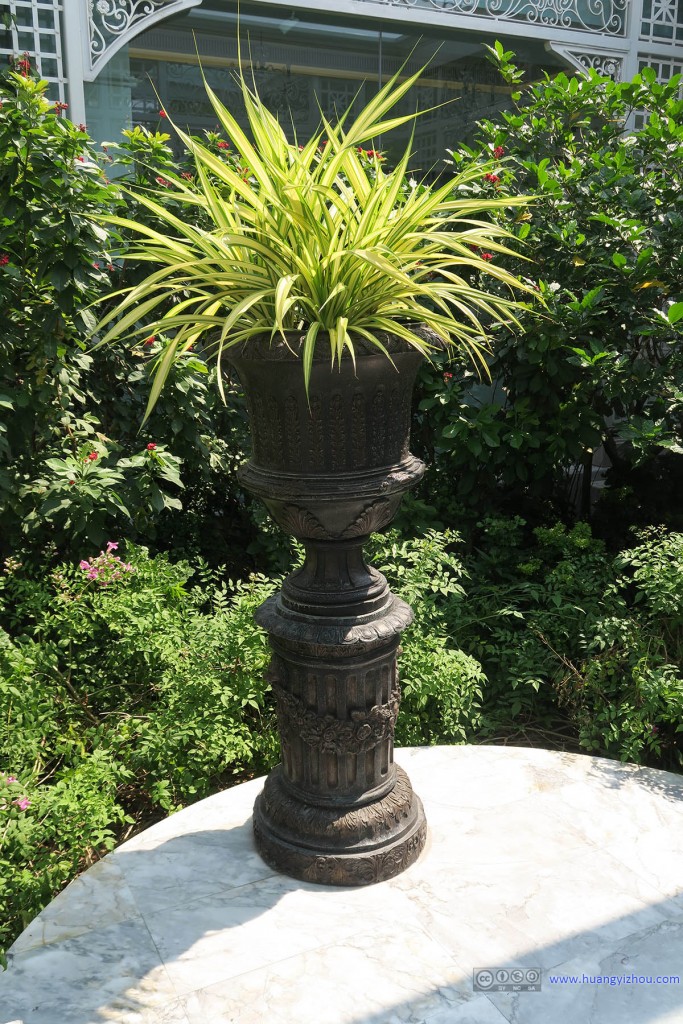 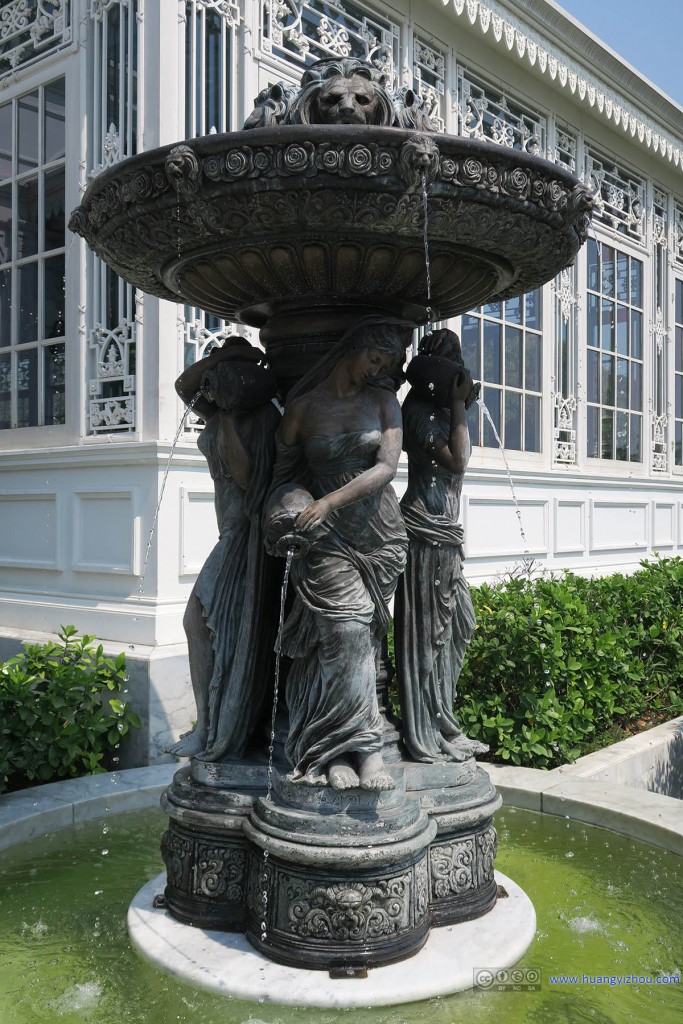 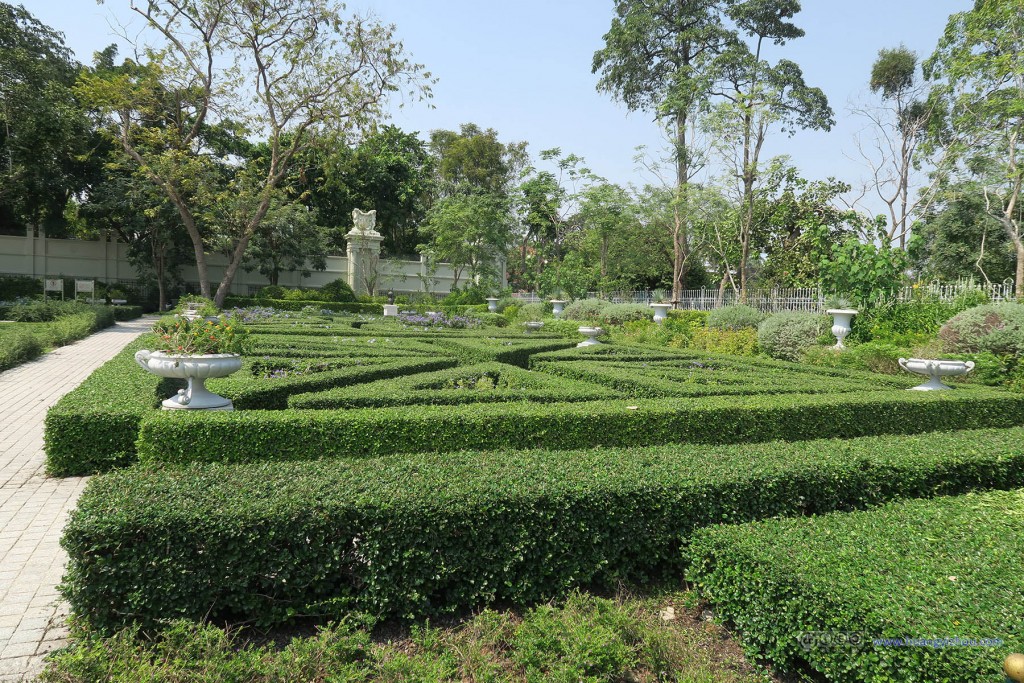 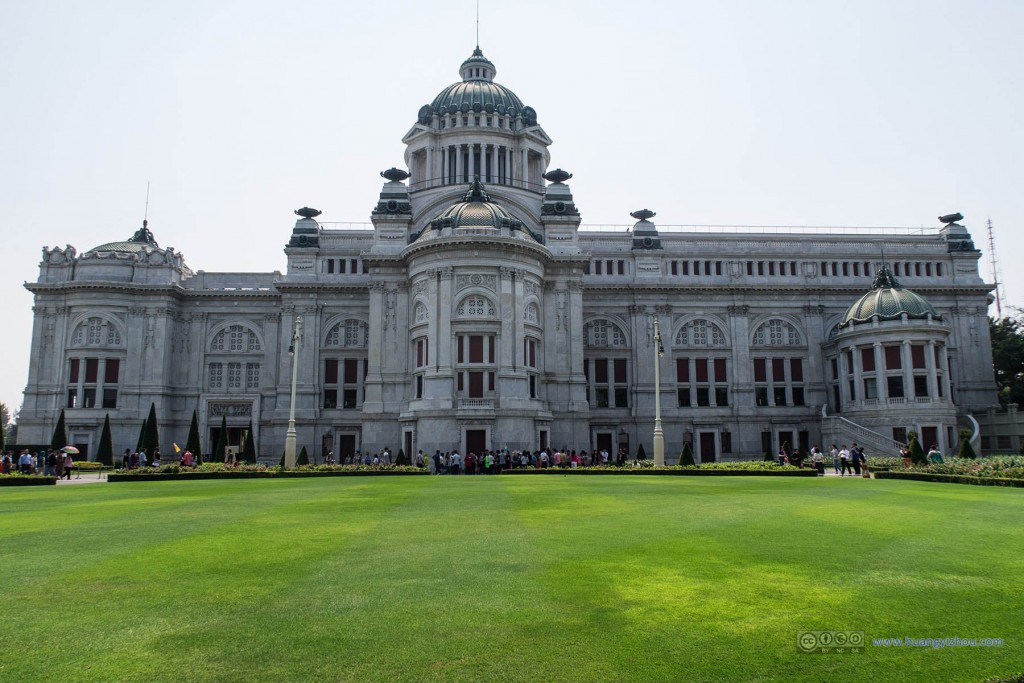 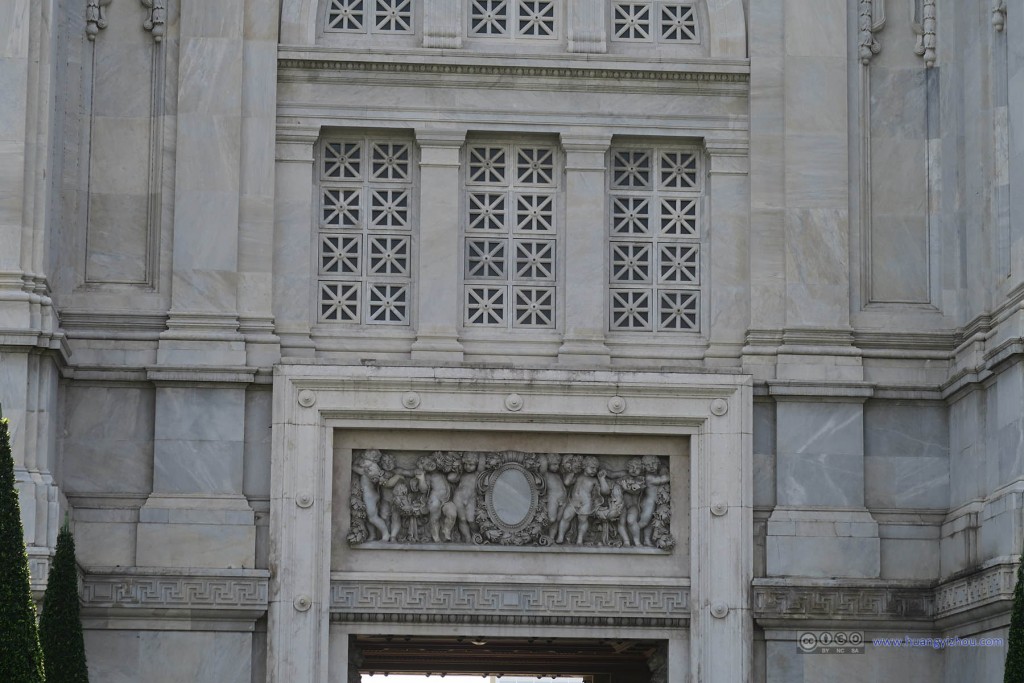 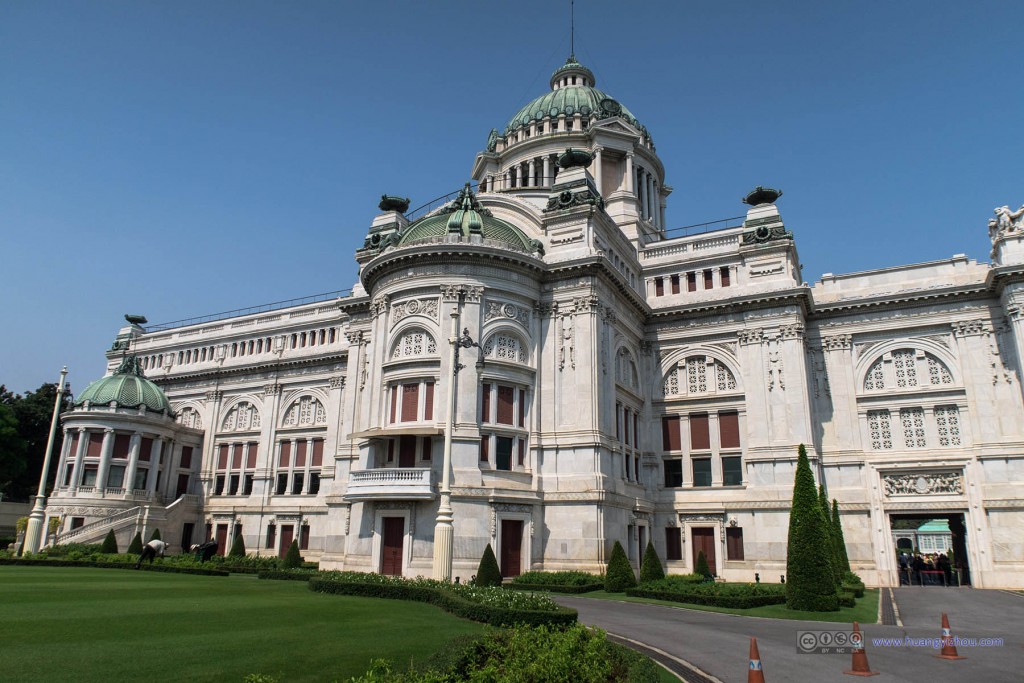 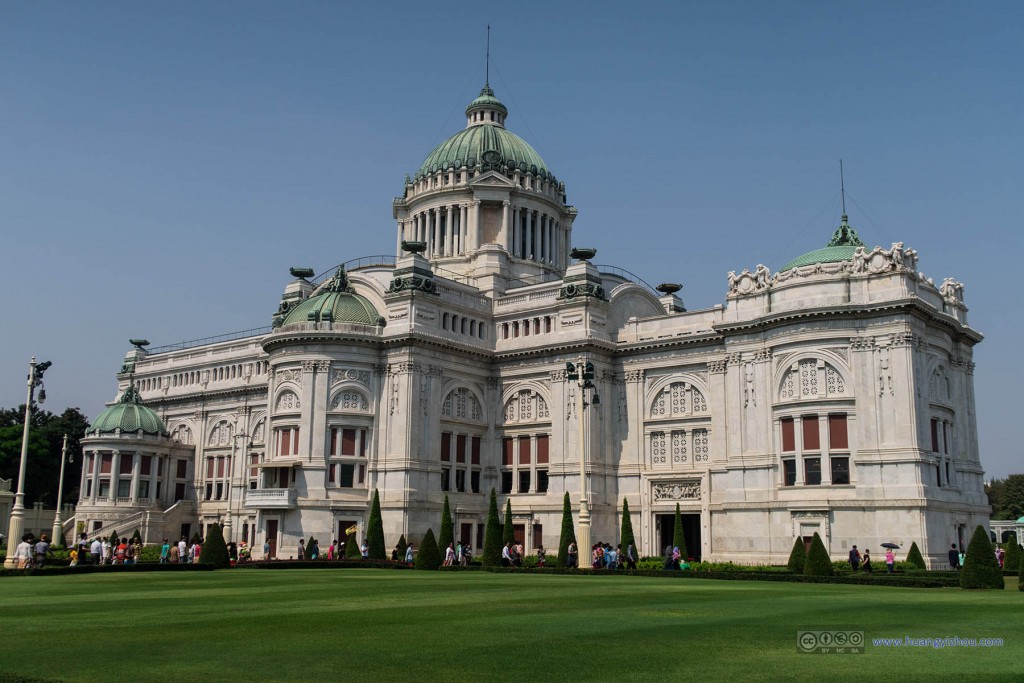 Then we went to the historic Vimanmek Mansion, which is the largest teakwood mansion on earth.
No photographs in Vimanmek Mansion and no audio gudie was provided. One thing to note is that you need to store your shoes in some designated shelves before entering Vimanmek Mansion. Two guided tours were provided each day. Although not many Chinese tour groups visit here, it’s not a long wait before we “joined” one. Maybe it’s due to the magnificence of the exhibits in the Throne Hall that we didn’t find Vimanmek Mansion that attractive. Of course, Vimanmek Mansion was very much as it had been, without undergoing much renovation. 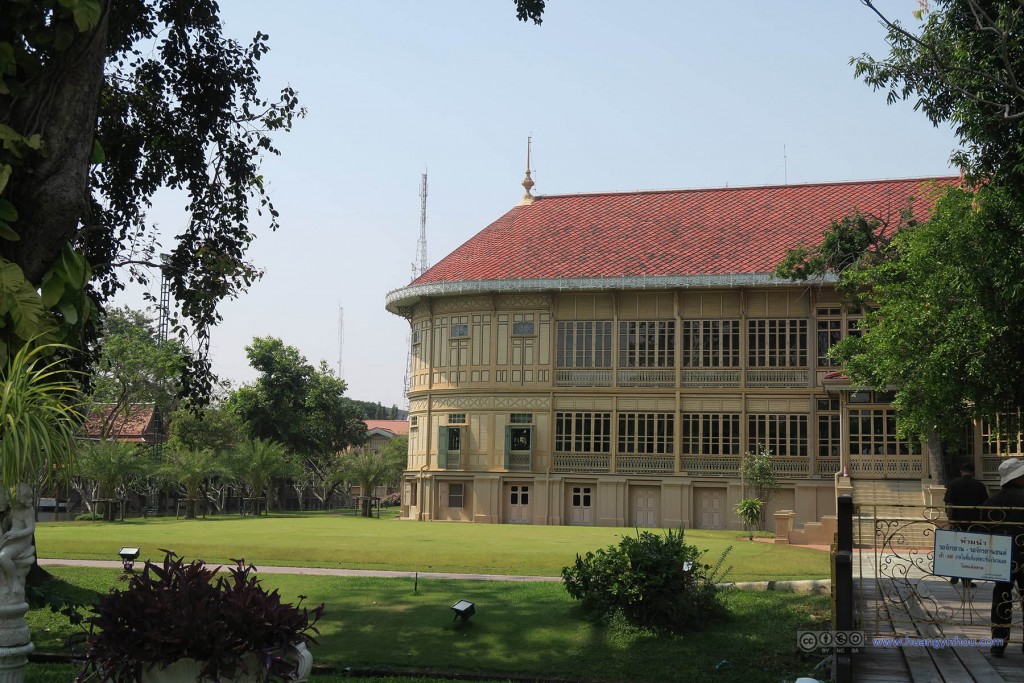 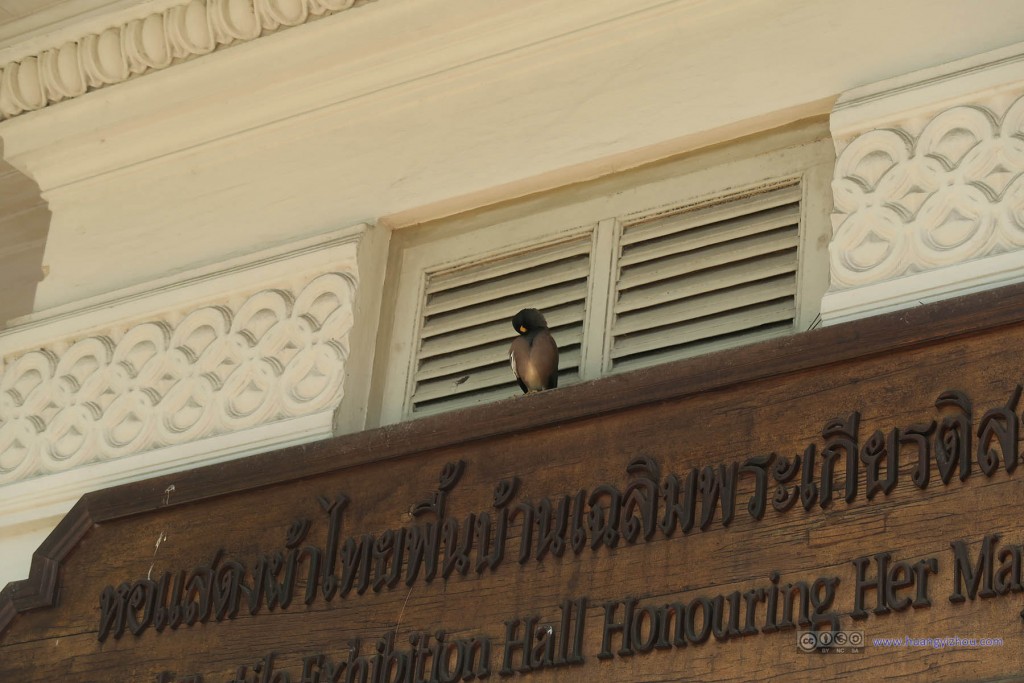 A sparrow on the eaves

Then we walked back to the bus stop, took a bus to the hotel, packet our stuff and headed for the airport.
By the way, the conductor on our bus back was so friendly that she pointed the way for us after we got off the bus (, although we were very familiar with the alley back to hotel by then). 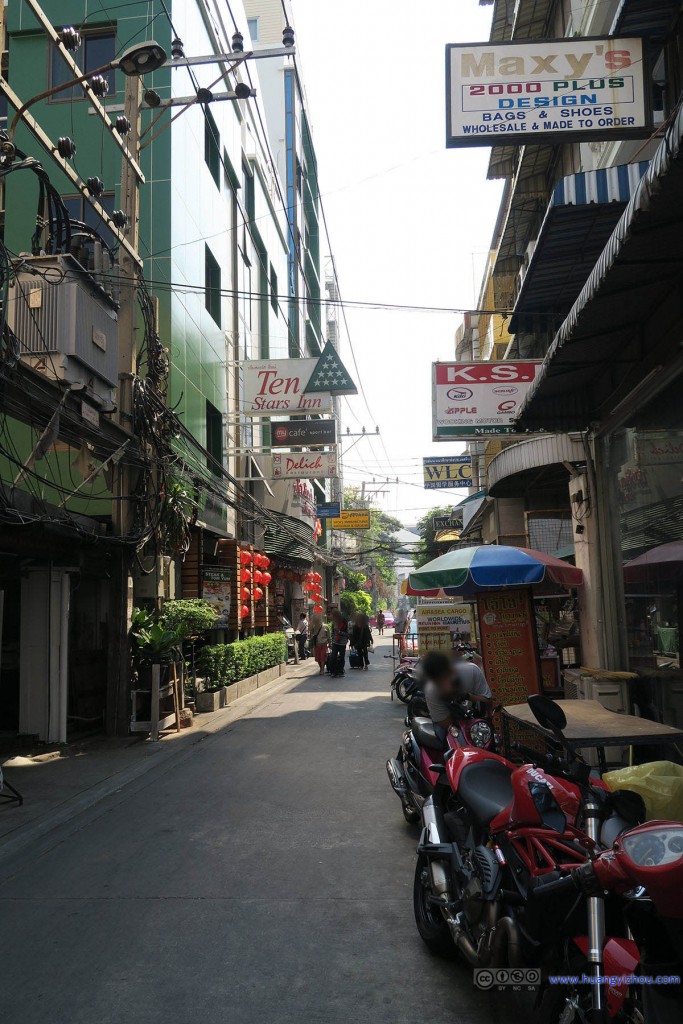 Alleys near our hotel where inns clustered 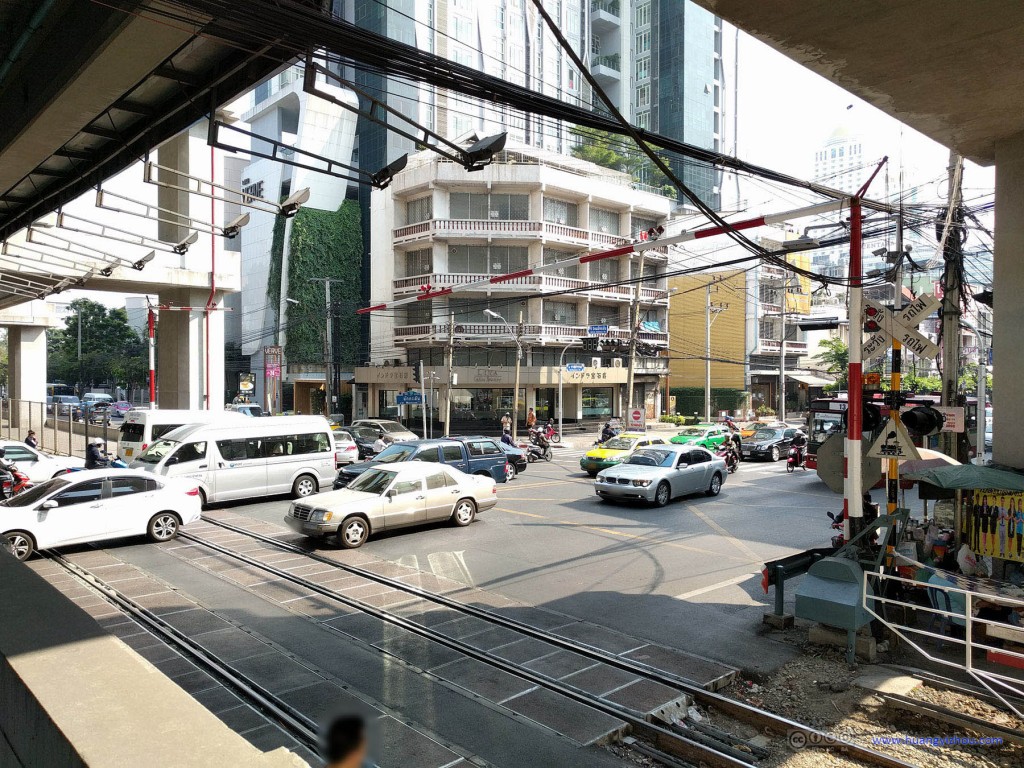 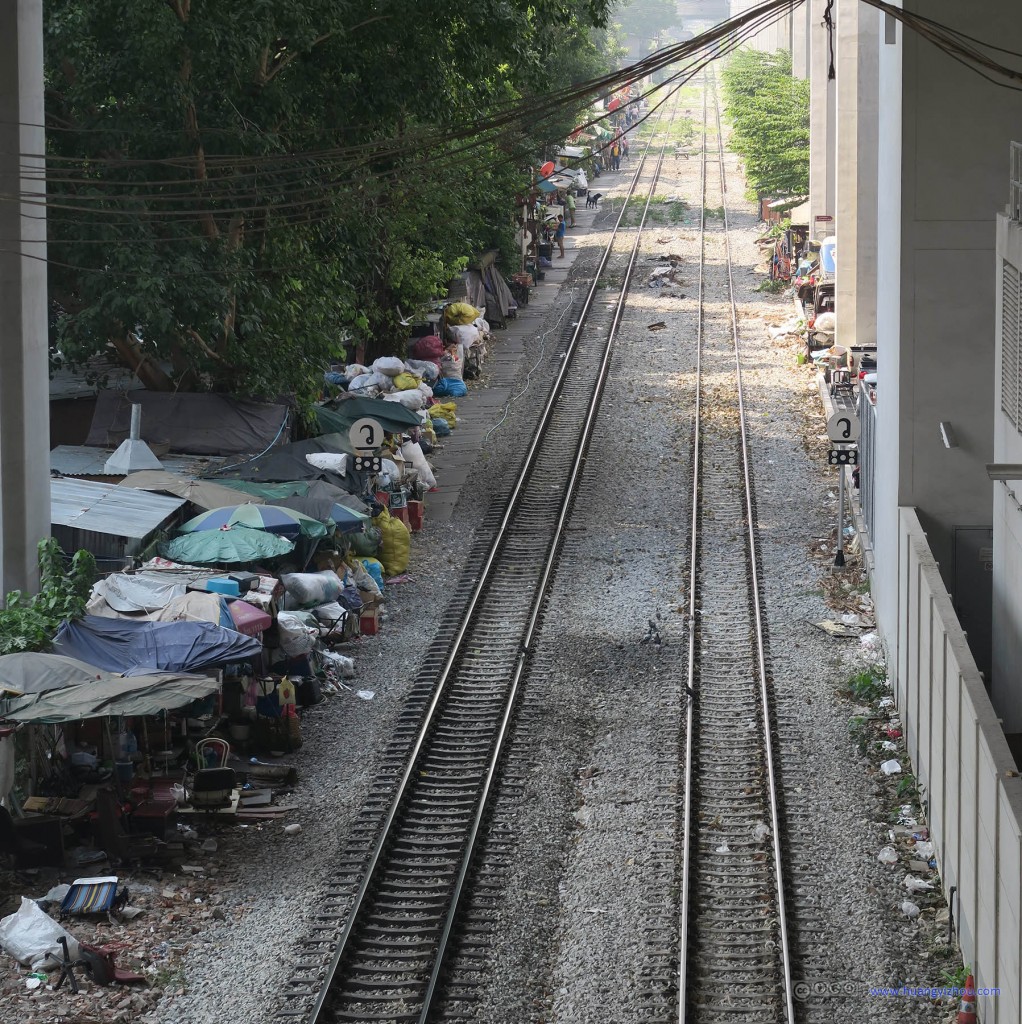 The abandoned railways became a sanctuary for homeless people 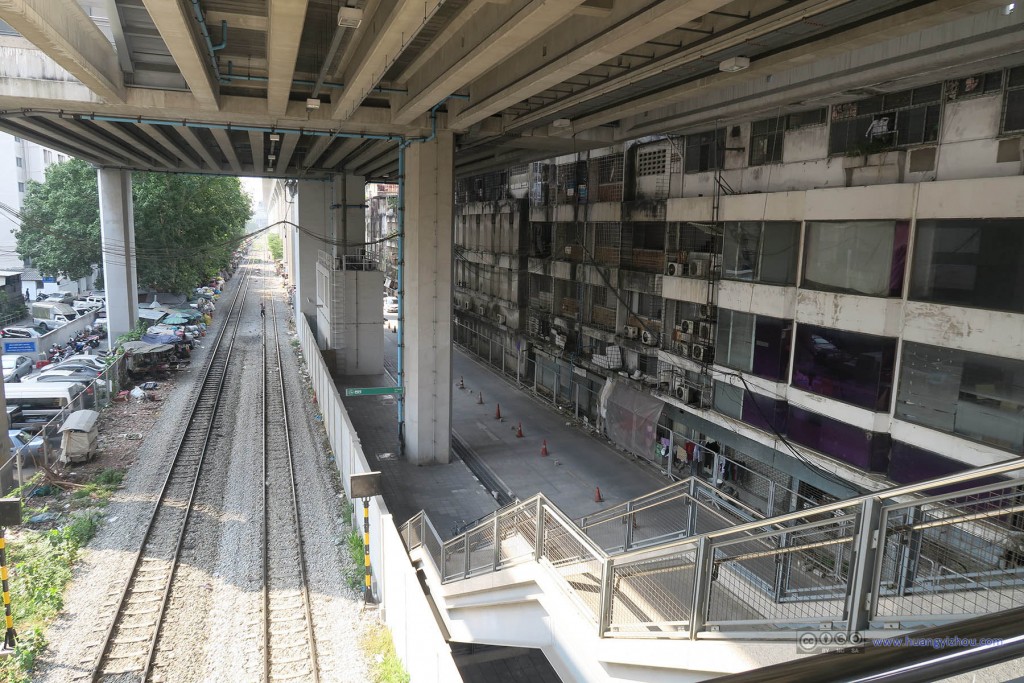 I felt those who lived in the overshadowed building must be quite upset. (That is, if someone did live there.) 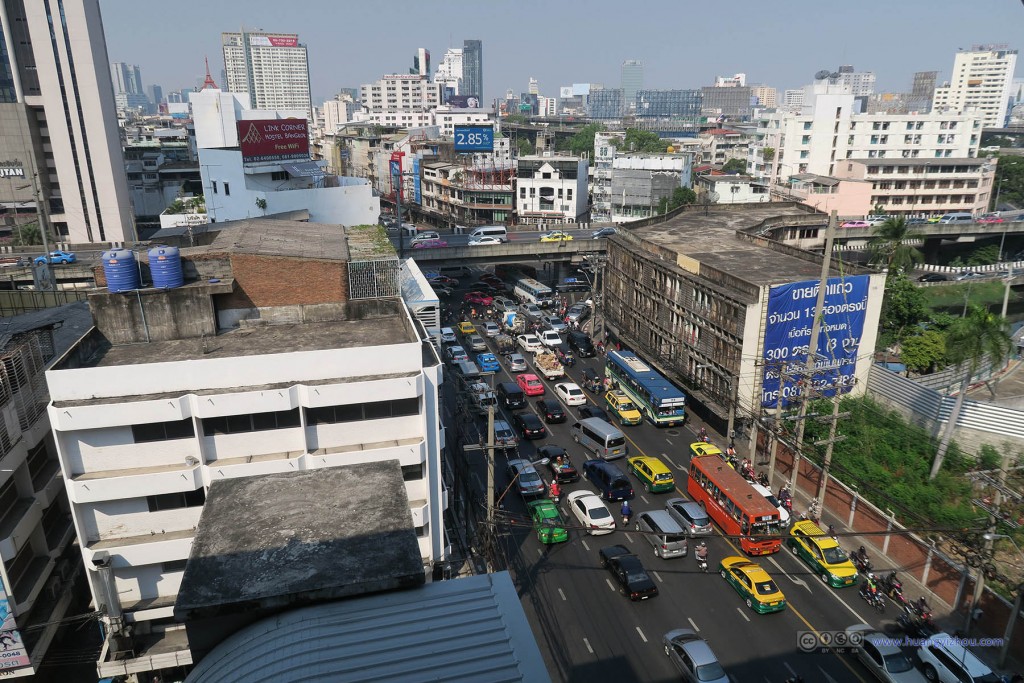 Bangkok Streets from Airport Express Station, it was not rush hour, but it was as rush 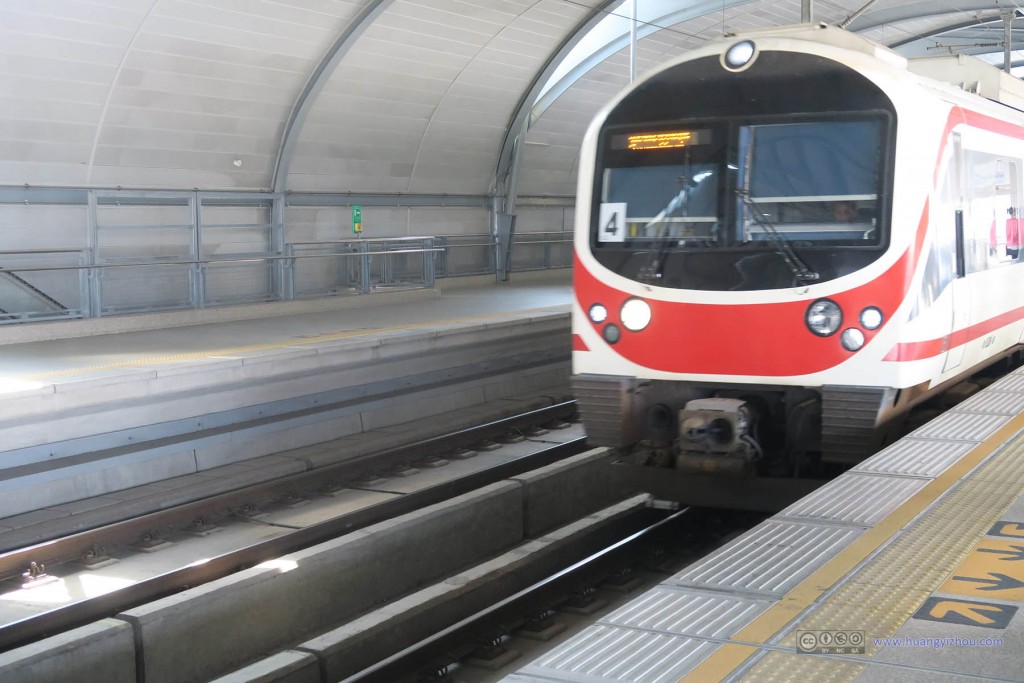 Airport Express trains provided by Siemens. (Is it really necessary to put marshaling information at such an obvious position?) 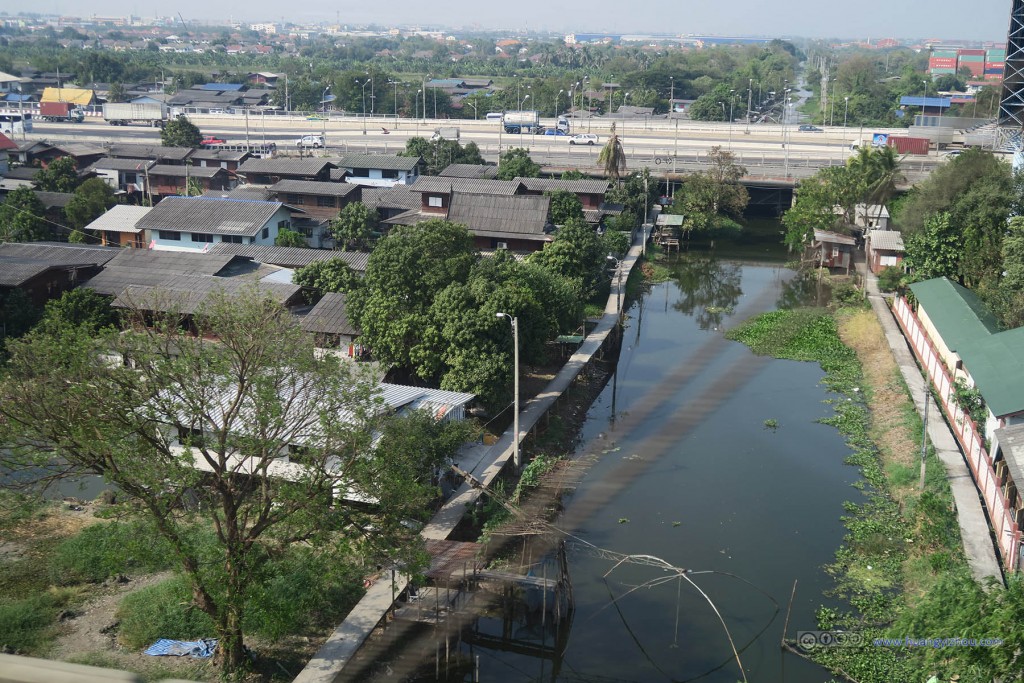 Suburbs of Bangkok, near Suvarnabhumi Airport 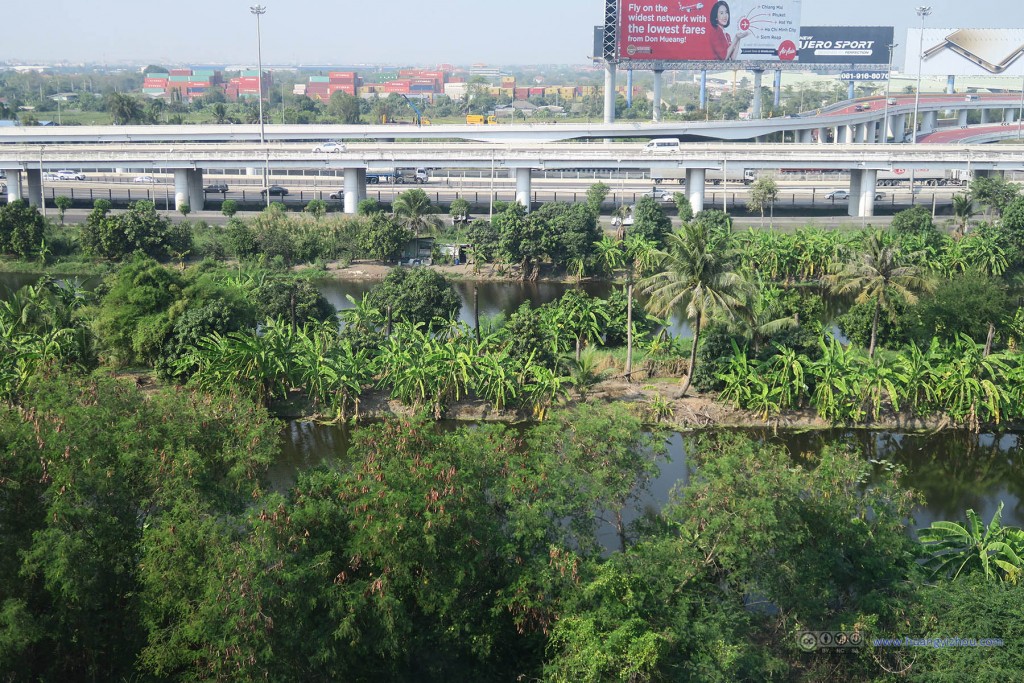 A marchland (or I thought) swarmed with coco trees 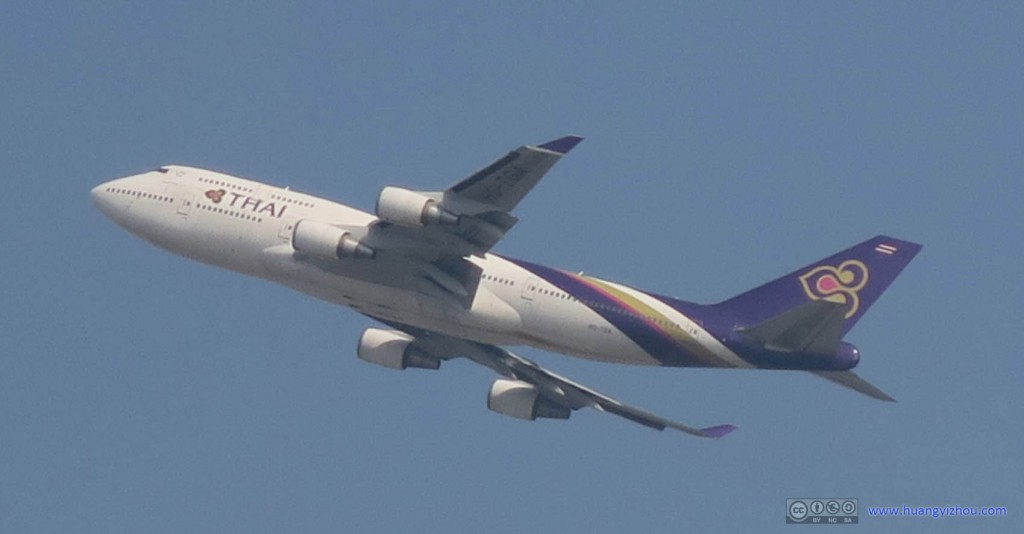 Holidays in Thai: Bangkok on February 9th, 2016 by Huang's Site is licensed under a Creative Commons Attribution-NonCommercial-ShareAlike 4.0 International License.