2017 Winter Break: Journey back to States

After a trip to Vietnam the photos of which I could only hope that I have time to process and some time with my parents, I packed up all my holiday shopping back home and went on this journey back to the States. 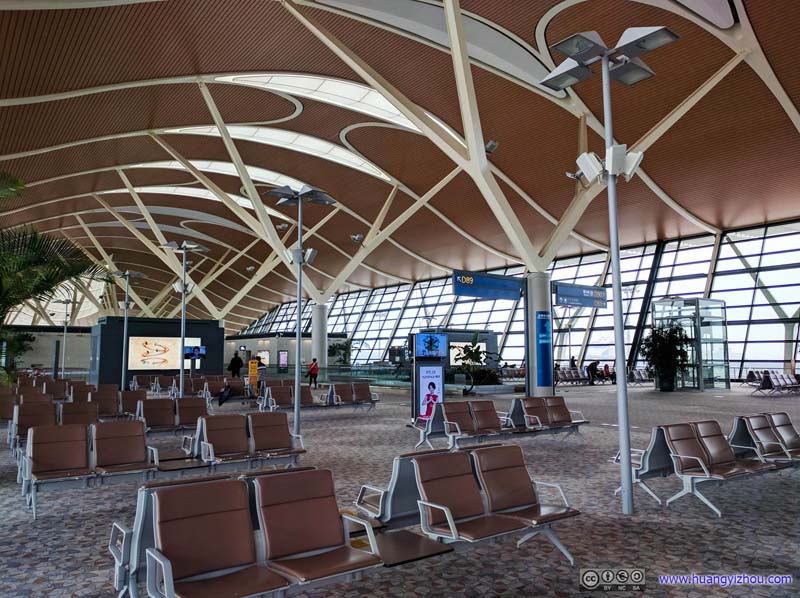 This post follows the previous one about my trip from United States to China. And it would be a lot shorter since I wasn’t feeling well and not in the mood of taking pictures nor chronicling things.

I wasn’t feeling too well the morning when I left my home, so when I arrived at Shanghai Hongqiao Station as usual, I decided to abandon my usual 90 crucifying minute metro ride (and the ability to have some quality Chinese cuisine downtown, cause I didn’t have too much an appetite under sickness) across Shanghai to its international airport, and went for bus alternative. The downside, Hongqiao’s bus terminal is hidden in some mezzanine in its complex, that’s quite some distance from the train station and impossible to find on one’s own.
And as expected, traffic on Shanghai’s expressways shouldn’t be trusted. It just didn’t betray me enough to miss my flight.
And I can watch China’s distinctive polluted grey sky fade city’s skyline, hopefully that’s something I don’t need to see for the near future. 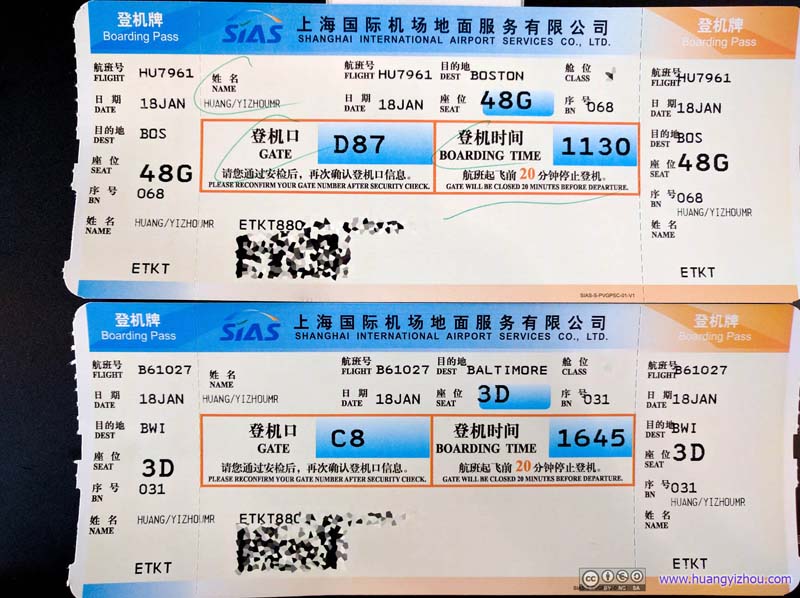 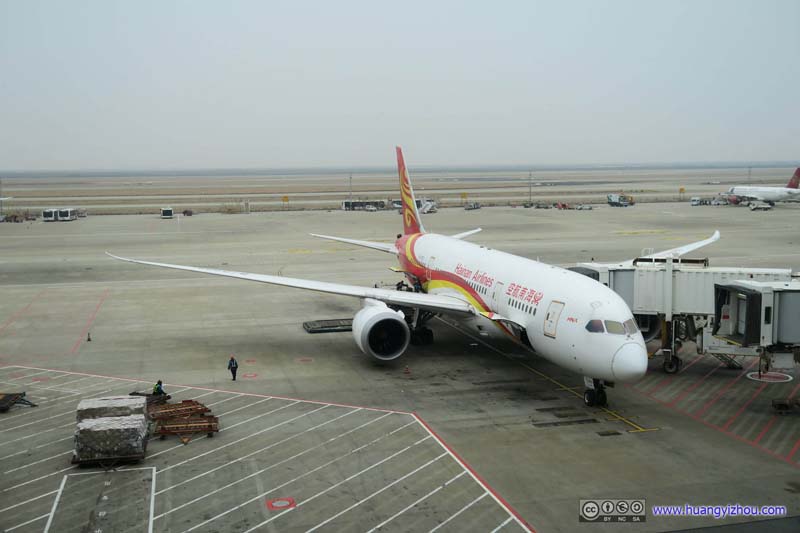 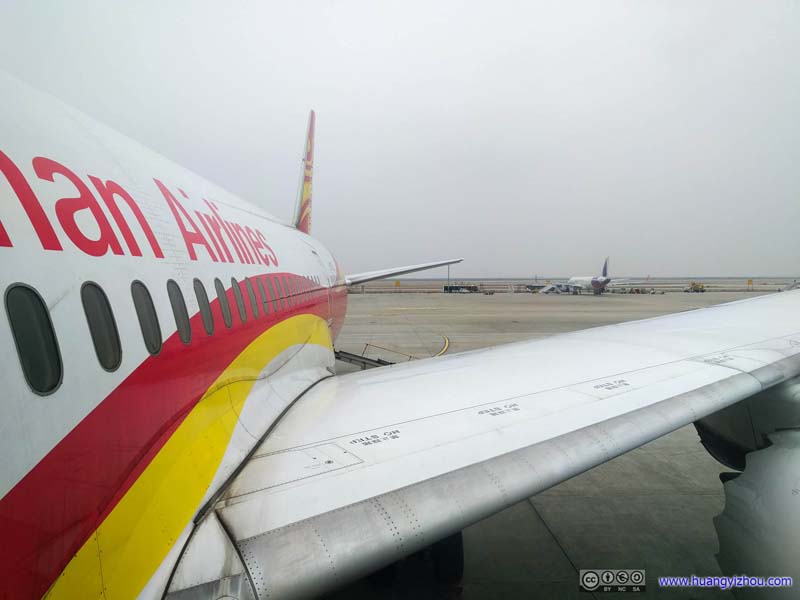 Again, it’s a 787 which I hate, so I picked an aisle seat. And since I was too sick that morning to do anything other than (trying to) sleep, with the exception of bathroom breaks to take lemon water and trying to fight off sickness. I had to say, I never felt long haul flights were excruciating, until this time.

And when it’s too bumpy to get good sleep (it’s a rather turbulent ride over East China Sea that morning), exploring the onboard entertainment system. 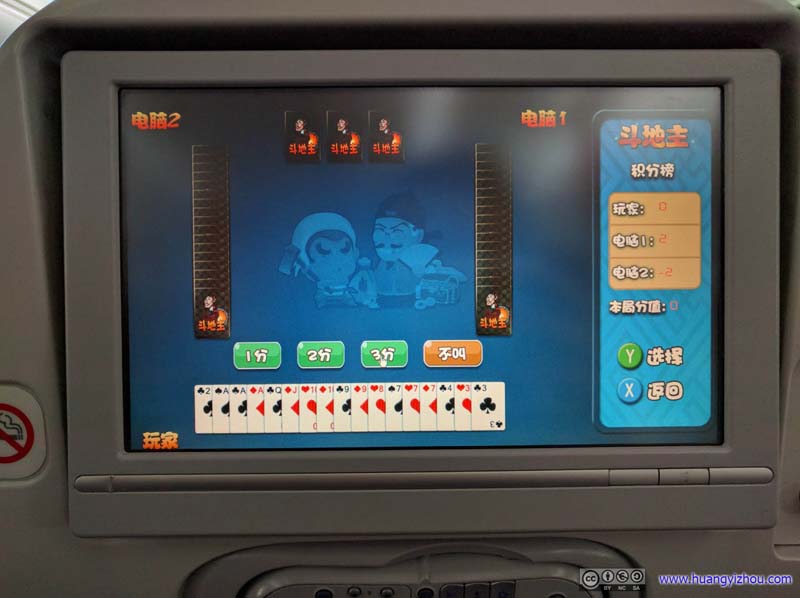 Games OnboardDoudizhi(斗地主), a famous three-person poker game in China. Glad to find it as it’s basically the only poker game I’d played for the last couple years. And its AI’s are not bad. 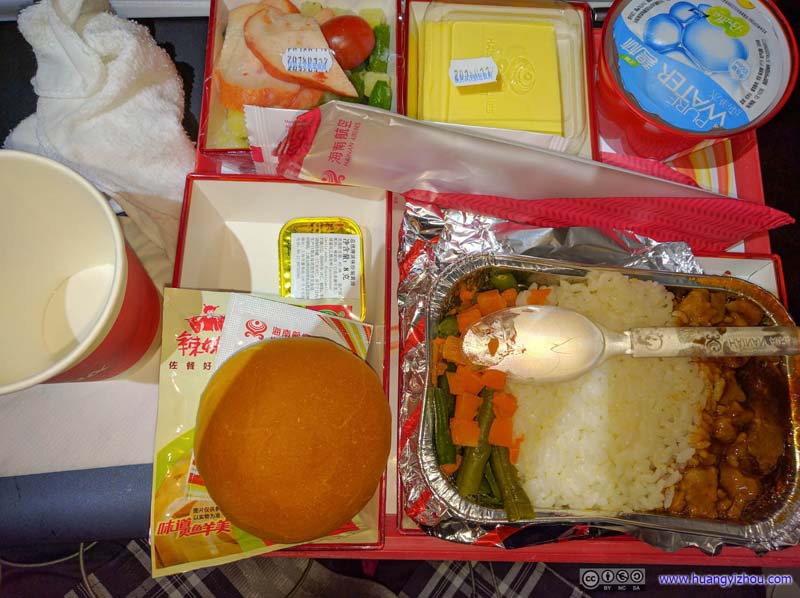 First Meal ServiceI hate white rice on planes and how did I ended up with exactly that? I must be so sick that my pronunciation of “noodle” was so distorted and the cabin crew didn’t recognize.

In between the two meals were hours of . 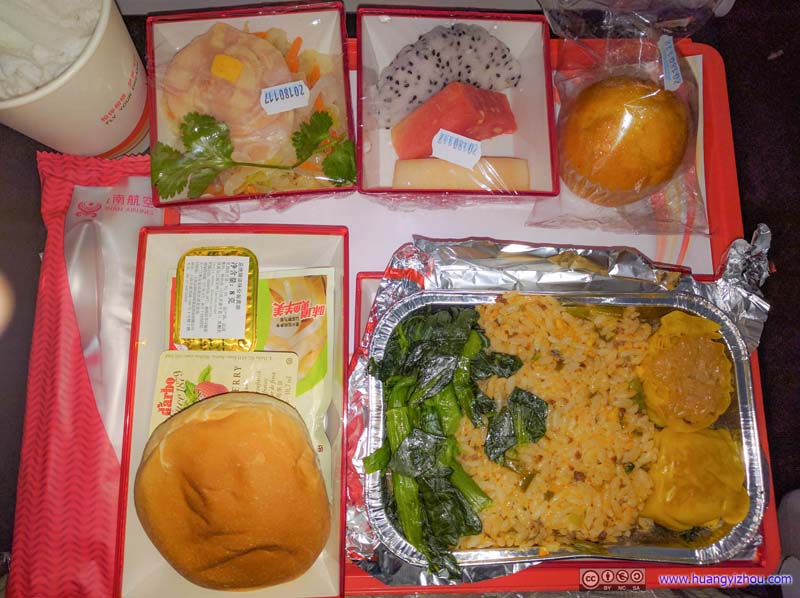 Second Meal ServiceNoodles were out, so I was left with rice again, fried though this time.

I was sitting towards the back of the plane (under 787’s crew rest compartment I suppose), and right before landing water was leaking and dripping from the ceiling. Well, that’s a not-so-welcoming water salute to a pathetic journey plagued by sickness.

And the immigration lines at Boston moved much faster than I expected, which gave me huge connection time to kill with anime series. 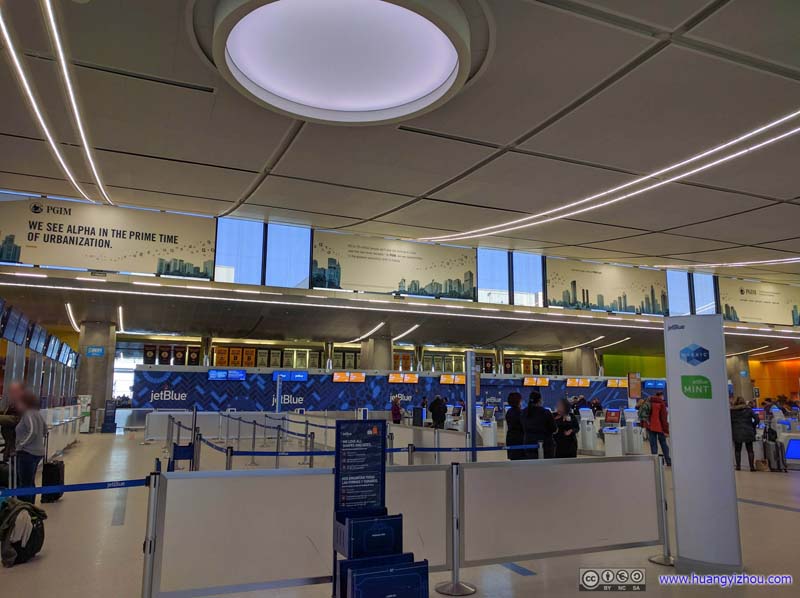 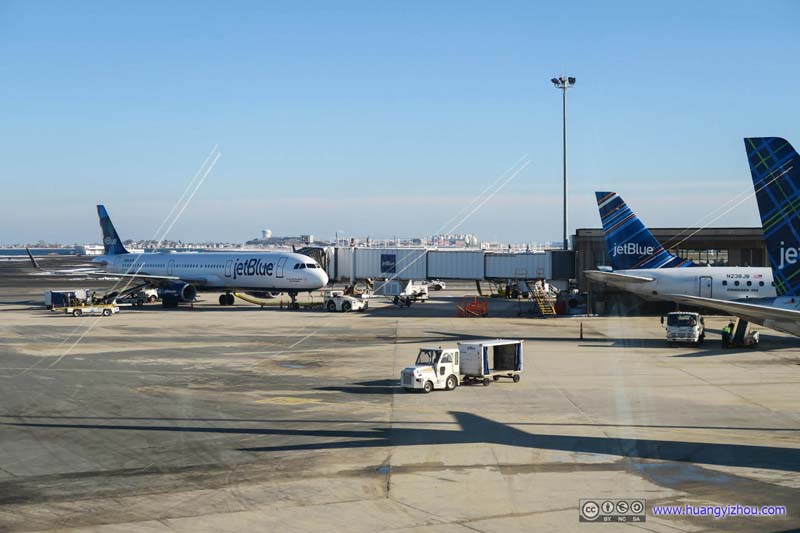 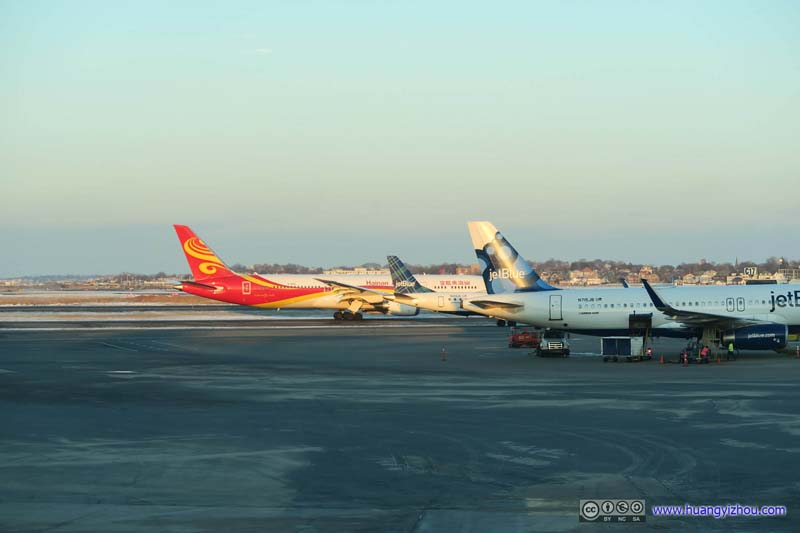 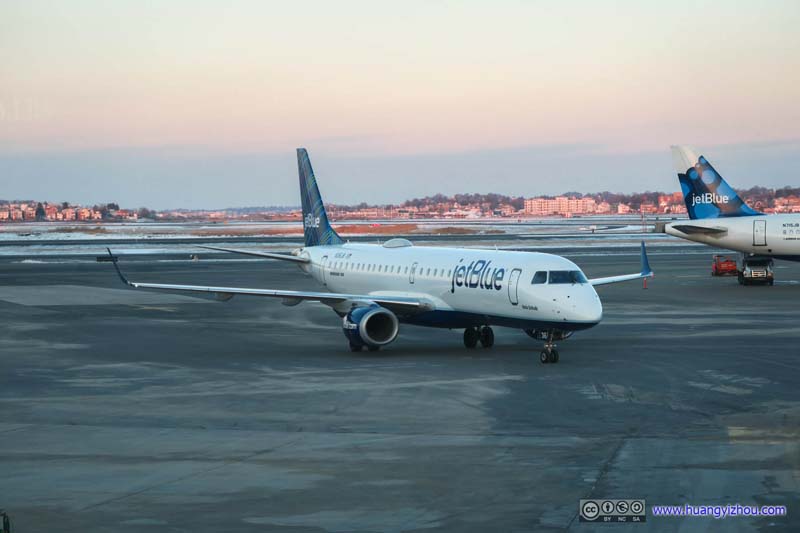 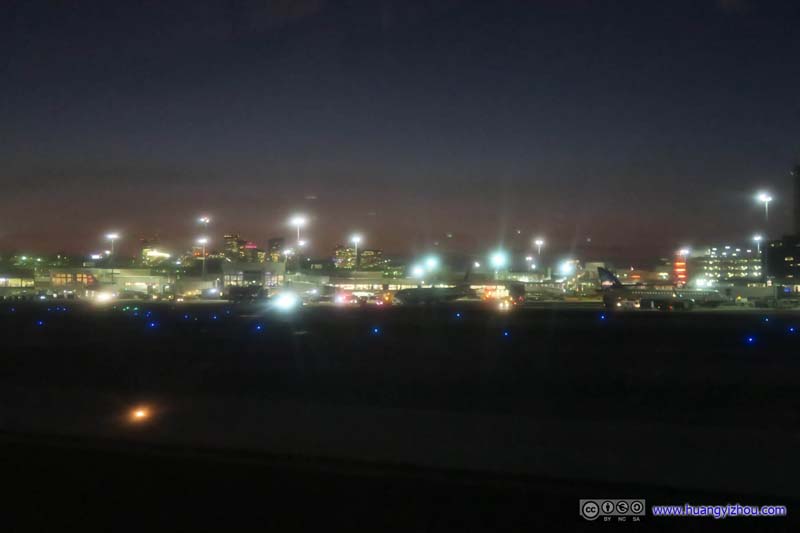 Boston AirportSkyline of Boston in the background.

Nothing too much to talk about the jetBlue flight to Baltimore. It’s Embraer, my second most-hated model. I sat on the right while all the city lights were on the left. 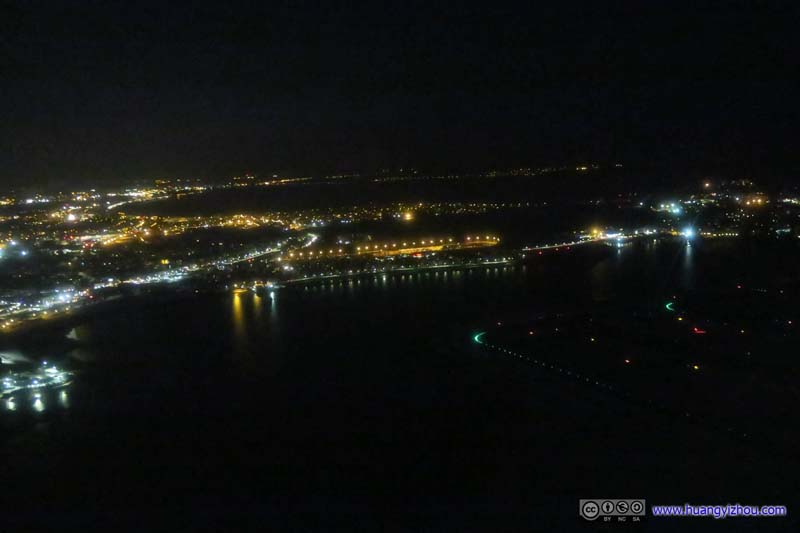 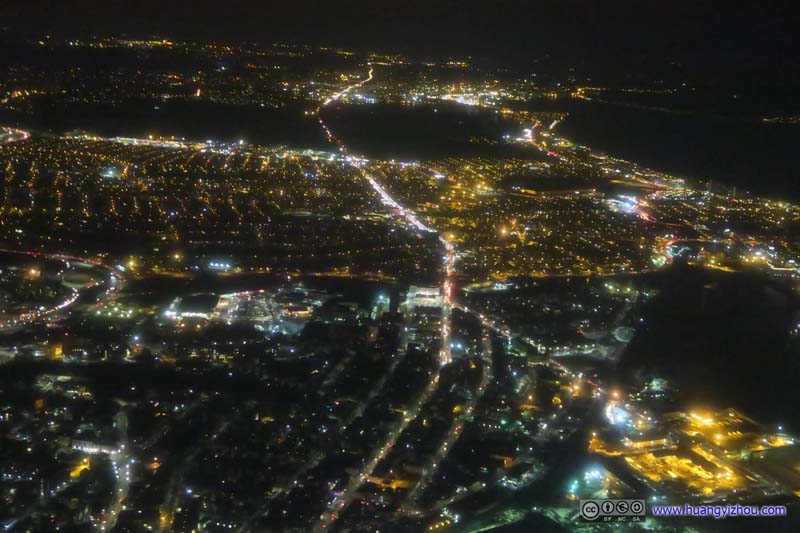 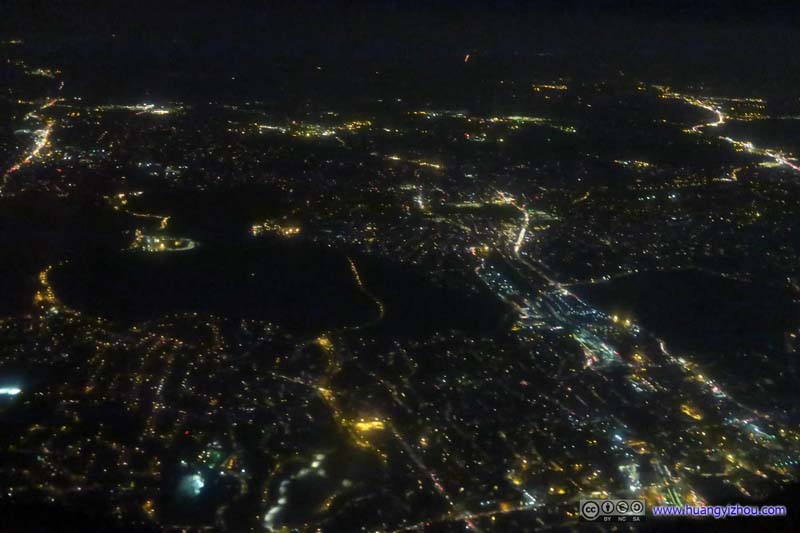 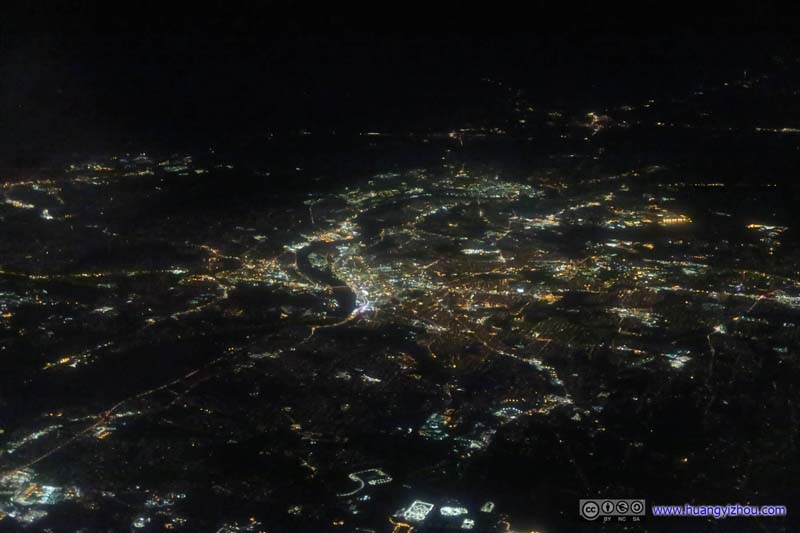 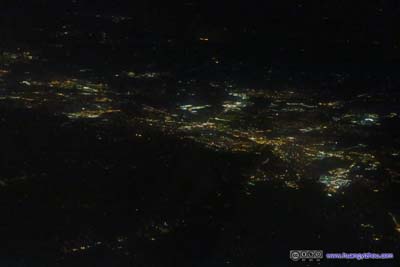 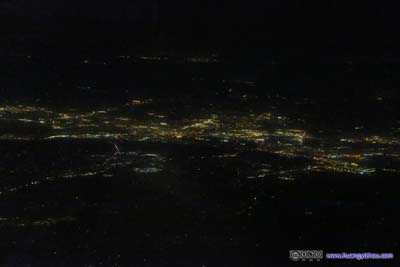 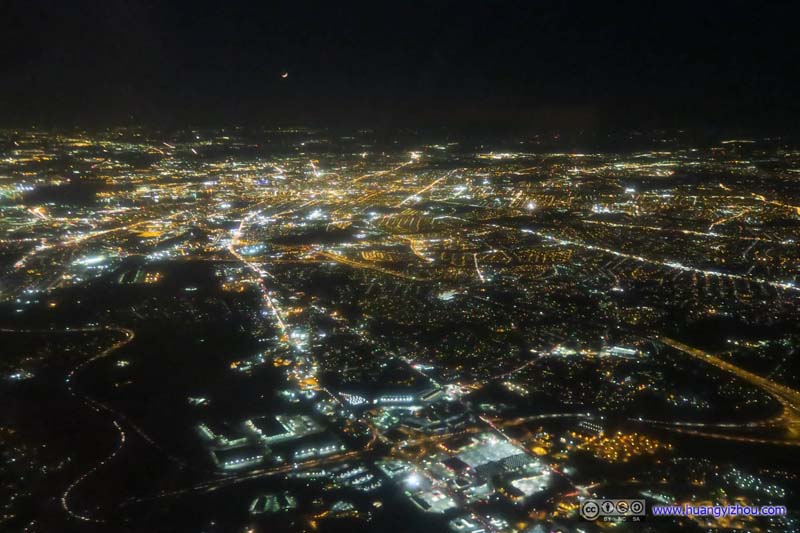 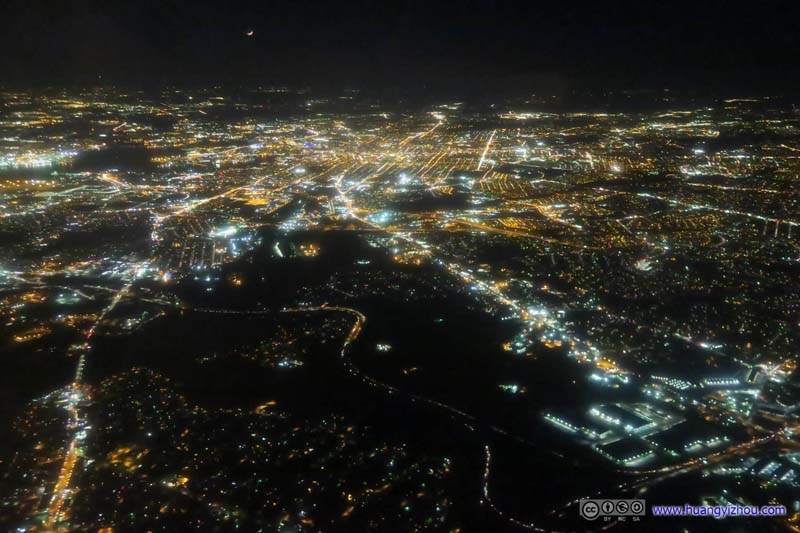 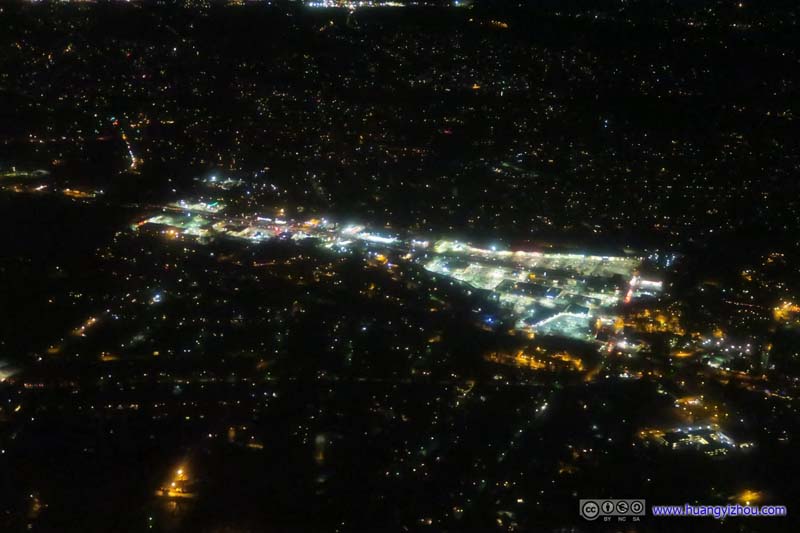 After I picked up my checked bags at Baltimore, it’s like 6 minutes past the scheduled departure time of bus B30 to Greenbelt. Amazingly, MetroBus’ tracking system said the bus was still at BWI airport. Even more amazingly, after some dash down the arrival hall, I made it onto the bus, instead of waiting (60-6) minutes for the next one.
So I got home, still not feeling well and headed for bed unconsciously.
END

2017 Winter Break: Journey back to States by Huang's Site is licensed under a Creative Commons Attribution-NonCommercial-ShareAlike 4.0 International License.