After four days touring the city of Seattle and its surrounding wilderness, I hopped onto flights back to Washington DC. 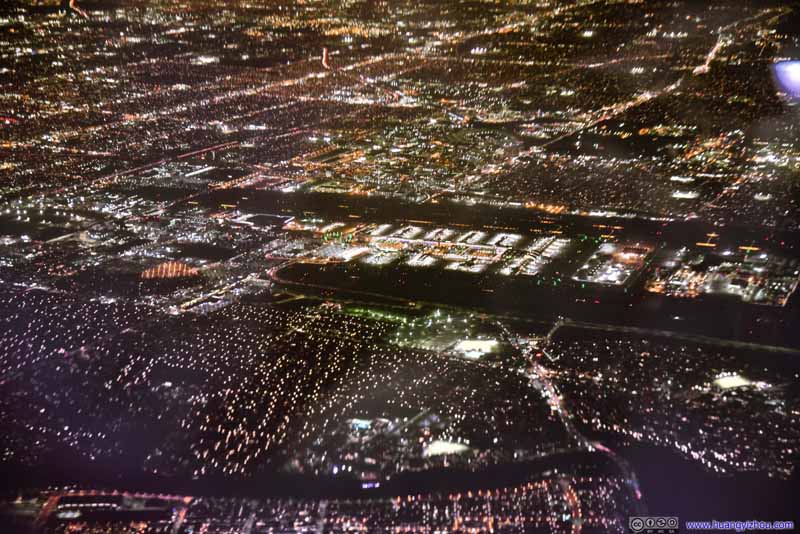 In line with my previous post, this flight was bought during Alaska’s buy-one-get-one-free event before Christmas last year, which worked out as 50% off for single travelers.
For my flight back to Washington DC, I had the choice of a morning direct flight, or an evening redeye flight with transfer at Los Angeles at similar prices. Before I left I had no idea how rainy Seattle in winter could be, so for more time exploring the Emerald city and to avoid getting up early, I picked the latter. A regretful choice.

More than three years ago I transferred in Seattle with Delta Airlines, and it’s a pleasant experience with open spaces and clear views in the terminal, despite my flights being delayed. But this time the northern/alaska’s part of the terminal was a different story, of crowded floors and a war for open seats.

But luckily I didn’t wait long before I got onboard. Here’s GPS tracking for flight AS1778 from Seattle to Los Angeles.

Unlike my flight to Seattle, both flights for today were pretty full. Alaska Airlines probably miscalculated by running that promotion for today.

By the way, the plane had a pretty tight turnaround in Seattle. So probably not unexpected but nonetheless unpleasant, the tray table was one of the dirtiest I’d seen.

And here are some city lights along the way. 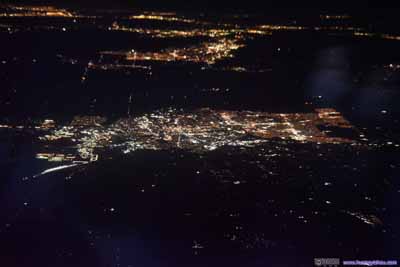 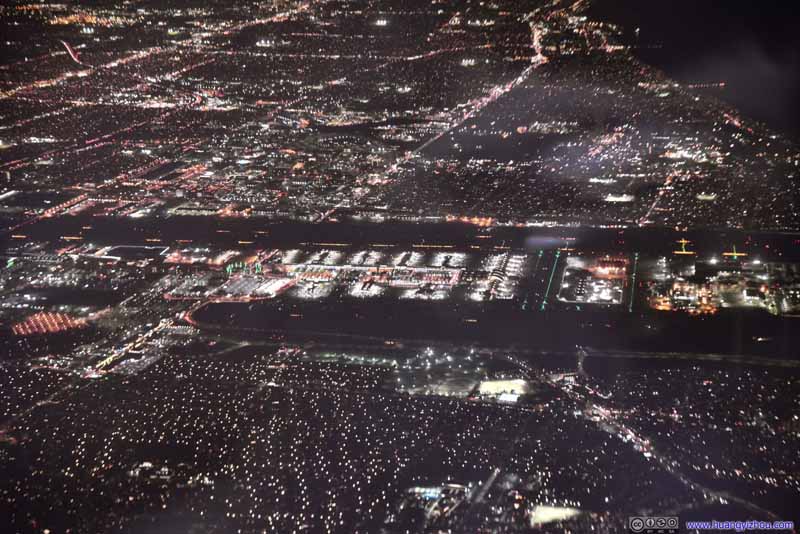 I opted to seat on the right side of the plane, thus the descent into Los Angeles Airport runway 24R came with views of the airport from 2200 meters in the air (above), and views of downtown Los Angeles once we turned around.
For downtown views, I switched over to Sigma 70-200F2.8 lens. Unfortunately, that’s when I found out its lens cover was jammed. =_= It’s not a big deal once I got home as a screwdriver pried it open in seconds.
But without the right tool, I missed those downtown shots.

Once on the ground in Los Angeles Airport, it’s 80 minutes before my Baltimore fight’s departure time. So I rushed from Alaska’s terminal 6 to United’s terminal 8, where the only Panda Express in the airport was located. Gosh I loved them(, even more if not for their calories).
All terminals in LAX, except Southwest’s T1, were connected post-security.

Here’s GPS tracking of flight AS740 from Los Angeles to Baltimore.

And here are more city lights along the way. This time I didn’t bother to put back Nikkor 24-120F4, so these were from my cell phone. 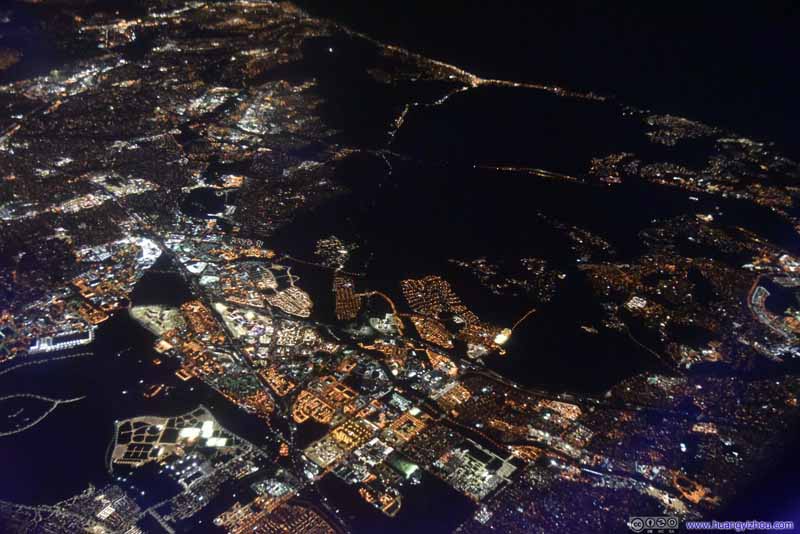 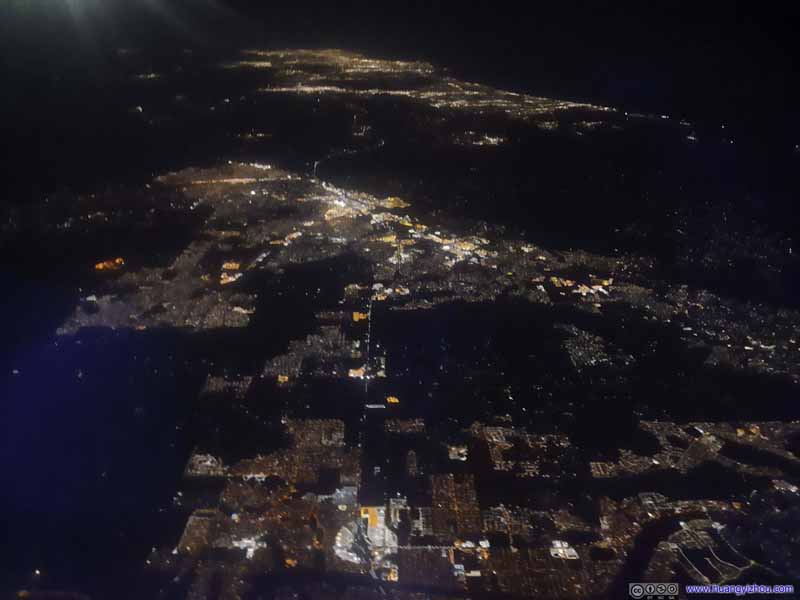 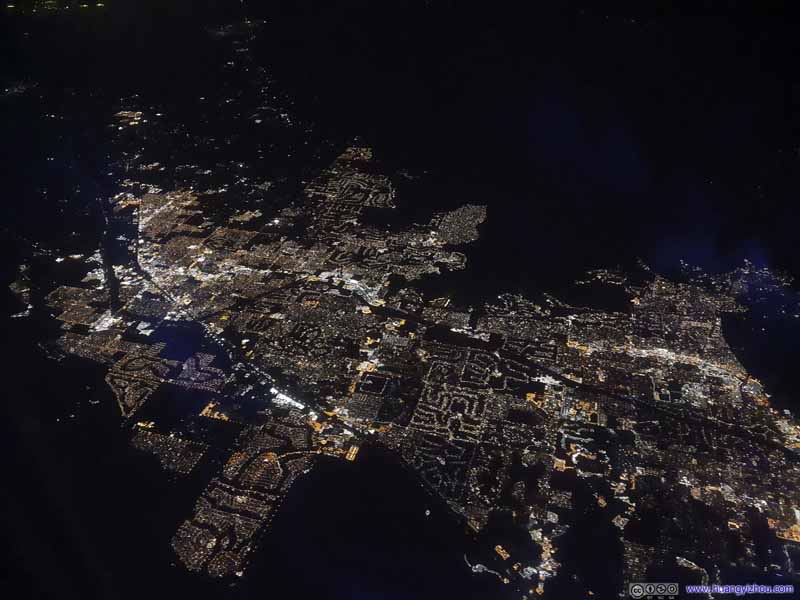 Then it’s many hours of naps before we were to land in Baltimore. 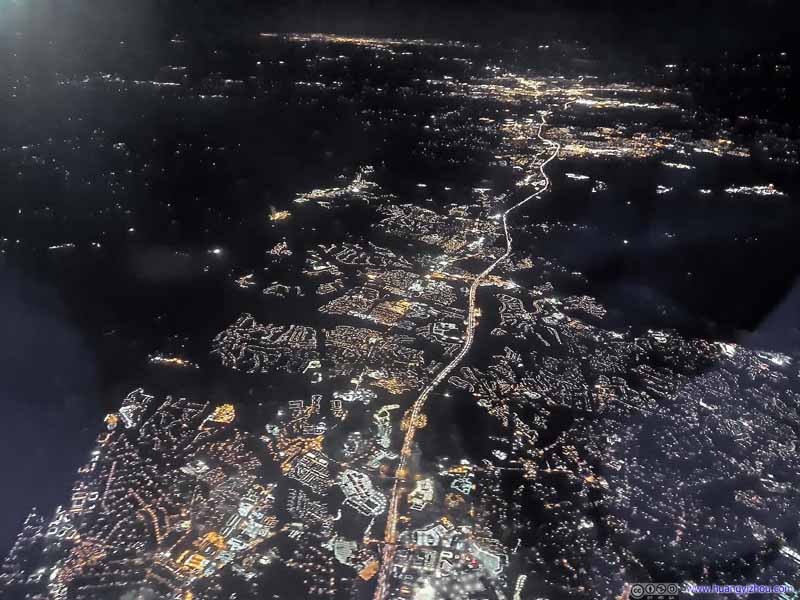 Despite it’s only 5am, there was still quite some traffic heading into Washington DC as the city woke up. 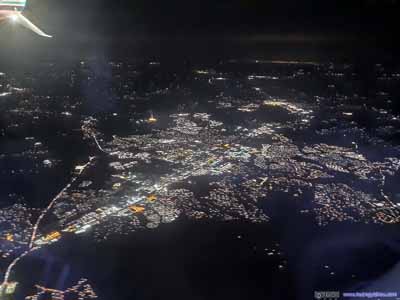 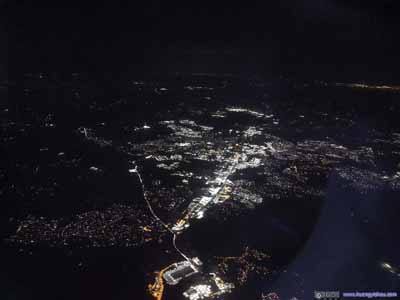 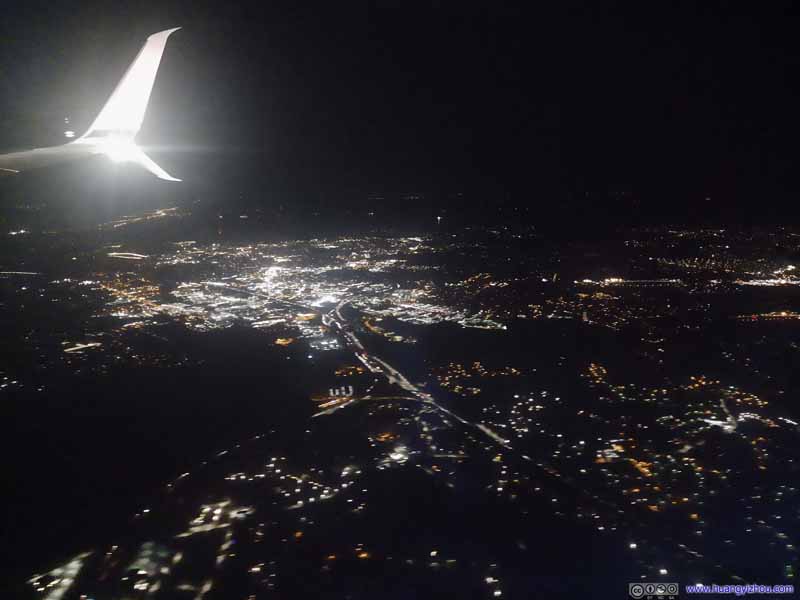 We reached gate at 5:30am in the morning while the flight’s scheduled to arrive at 5:40am. I didn’t know whether that’s the reason we waited at the gate for 10 minutes before cabin door was opened. If true, it’s ridiculous that a gate/jetbridge operator would be this punctual as the planes he served hardly were.

It was still early for Metro’s B30 bus from Baltimore Airport, so I took MARC’s commuter train to New Carrollton Station. And the train’s completely packed like sardine with people heading to work. Glad that the miserable ride only lasted 20 minutes, and I was greeted with a fiery horizon upon my arrival. 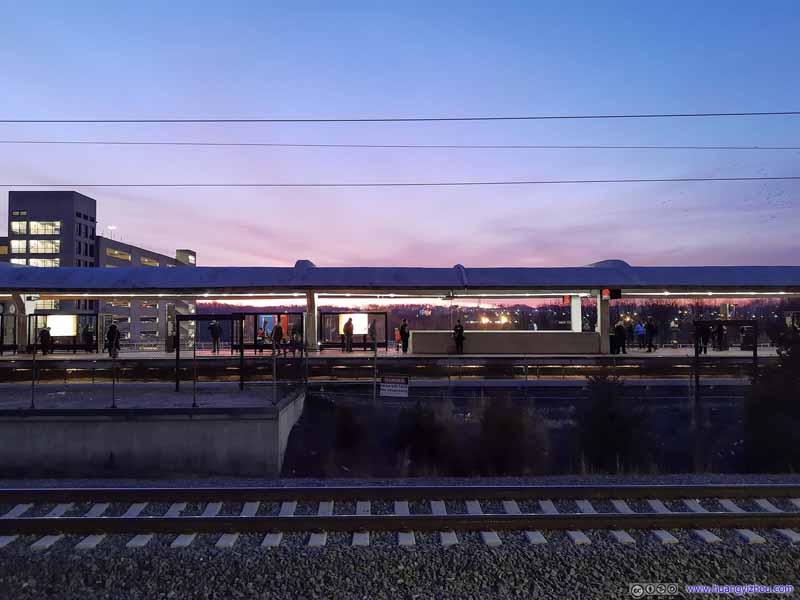 Sunrise Glow from New Carrollton StationSuch a splendid end to my journey.

Flight Log of Alaska Airlines Flight 1778 and 740 from Seattle to Baltimore via Los Angeles by Huang's Site is licensed under a Creative Commons Attribution-NonCommercial-ShareAlike 4.0 International License.