After spending two days visiting San Francisco, one of the loveliest cities in US by a tourist stand point, we were about to take an evening flight to Salt Lake City. 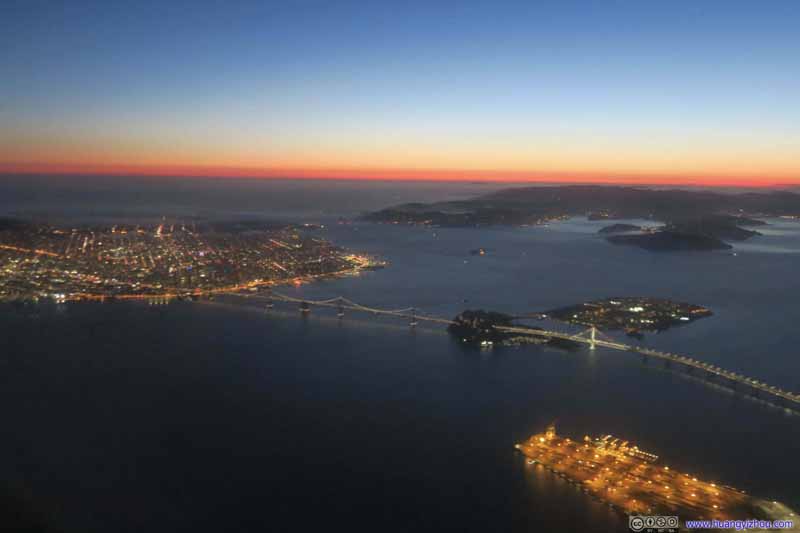 For some complicated reasons I will not be processing and posting photos of my two-day tour of San Francisco with priority.
And here’s GPS tracking.

With two large suitcases, one large duffel bag and two small suitcases among the three of us, Southwest Airlines with its free checked bags was our only choice. Again, I was sitting before computer exactly 24 hours prior to scheduled takeoff, and this time even more to my dismay the three of us only got group C boarding positions. Later we found out there’s a group of younglings travelling together on our plane, and they boarded before us. Maybe Southwest Airlines would be reserving boarding positions for group travelers?
By the way, probably because it’s an evening flight, the flight wasn’t very full and finding a decent seat with boarding group C was still not hard at all.

As a side note, Mormon Tabernacle Choir would be celebrating 90 years of Music and Spoken Word the next day, which seemed more than a coincidence that such group in uniform were flying into Salt Lake City the previous night.

And it’s bay area where everyone seemed more affluent as I had a casual chat with the TSA officer at security belt about my new camera, who noticeably showed the tiniest amount of disappointment learning that I had a mundane 24-120/F4 on it instead of the “new and exciting” 24-70/F2.8. 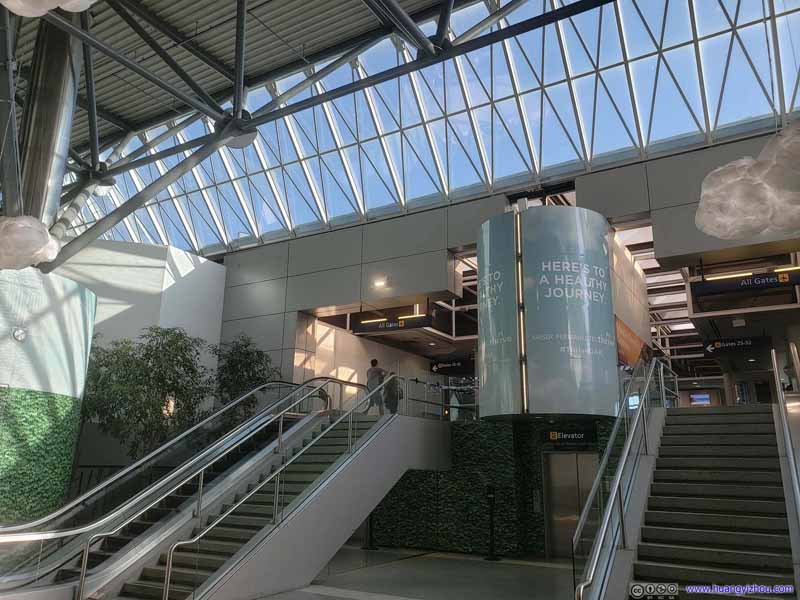 Unfortunately at this hour we learned that our flight would be delayed for at least half an hour. Reason was that the plane that day was flying between Denver and Oakland/Sacramento, and there was some thunderstorm in Denver delaying the inbound flight. But what happened after that was pure stupidity as the (delayed) inbound flight waited for at least another half an hour for a jet bridge to clear. I understand time slots and gates of Bay Area airports were important and Southwest tried to maximize them as much as possible and groundings of 737MAX certainly didn’t help. If not for me sitting next to a charging port watching movies, the 100 or so souls on the inbound flight waiting in a cramped fuselage after having a bad enough day would certainly wish Southwest to be more flexible with their gate allocation (and there were certainly empty Southwest gates at that moment).

So after a 70 minute delay, we were finally on our way to Salt Lake City. Despite the delay, the flight crew did their best to amuse passengers in typical Southwest fashion. And it looked like most passengers on board weren’t in much a hurry. 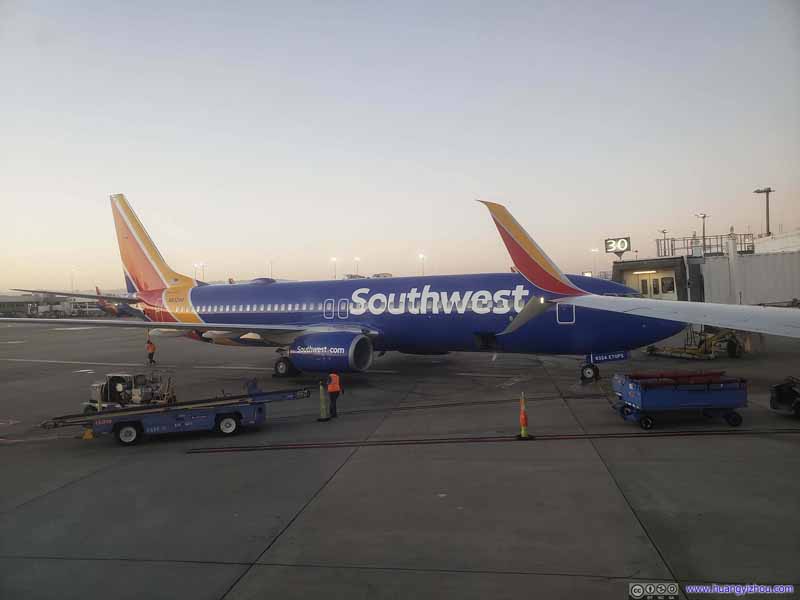 Onboard Flight to Salt Lake CityJust after sunset with distant horizon glowing.

If the flight was on time, I would be watching sunset over Nevada/California desert. But now, the view switched to beautiful glow over distant horizon with lights of civilization from the Bay Area, which was equally thrilling, but unfortunately, rather short lived. 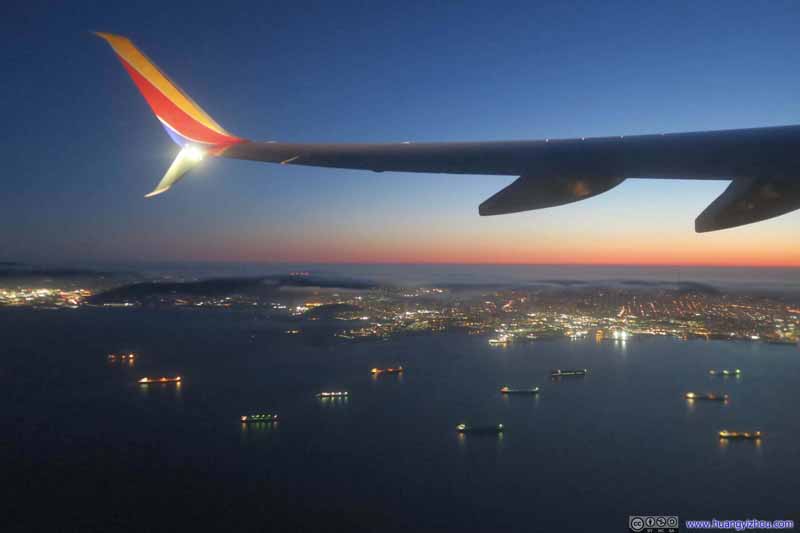 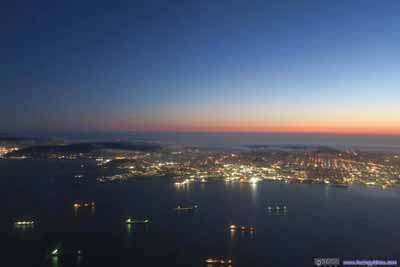 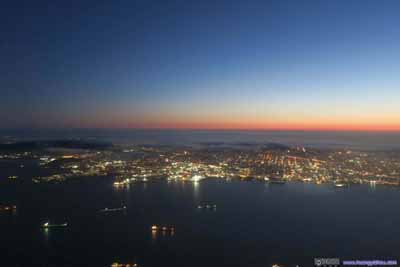 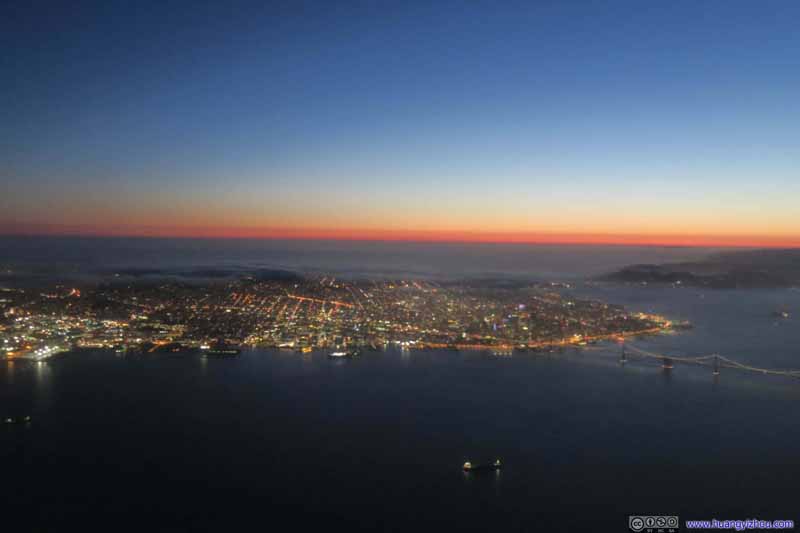 Taking Off San Francisco BayIt was a rather beautiful scene as clouds into the ocean were veiling Western San Francisco, but neither the bustling downtown below nor the vivid horizon above. 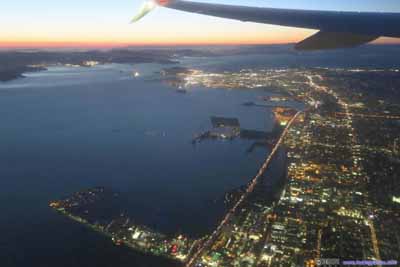 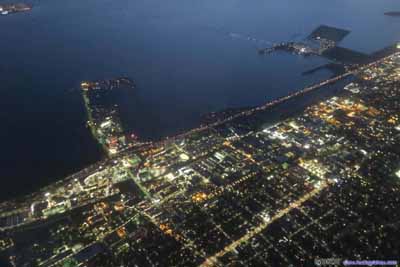 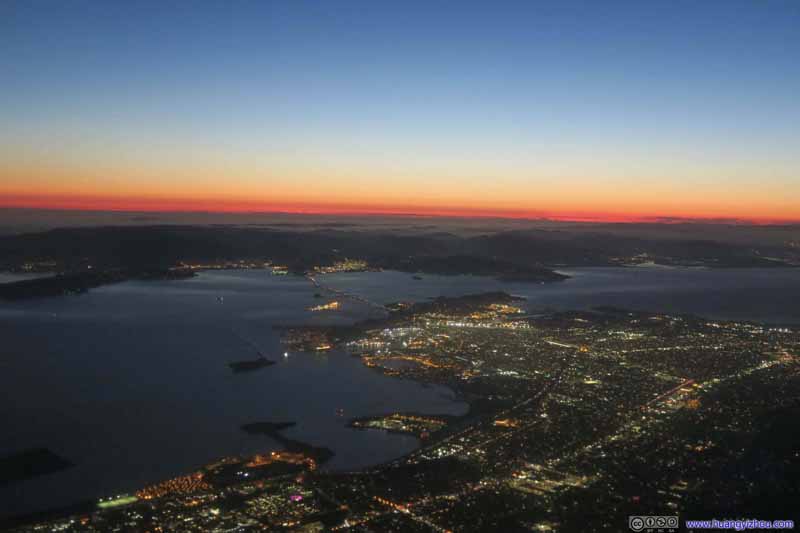 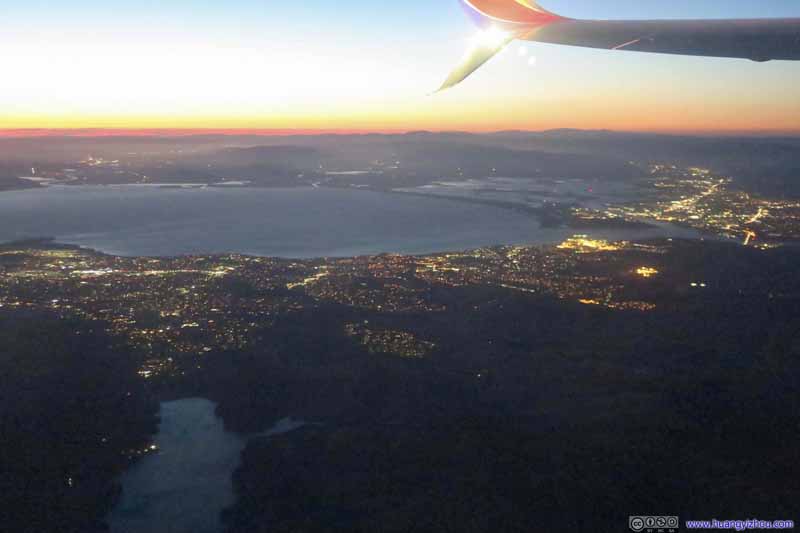 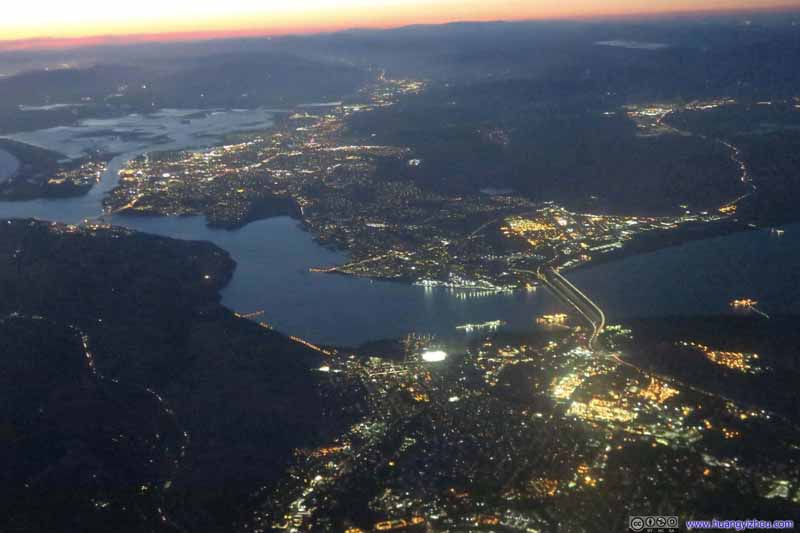 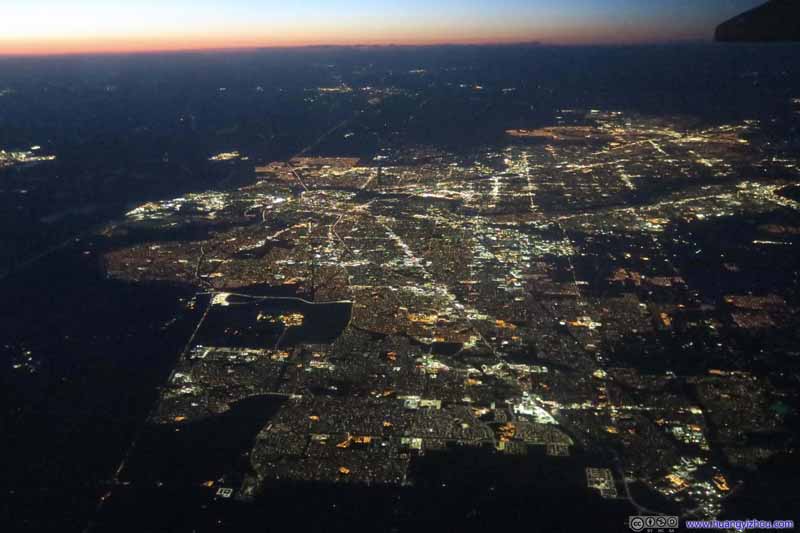 Sacramento was the last major sign of civilization we saw on the way, before touching down in Salt Lake City.
Perhaps not surprisingly, we had to wait for an available gate, only that this time it took “a mere” 7.5 minutes. 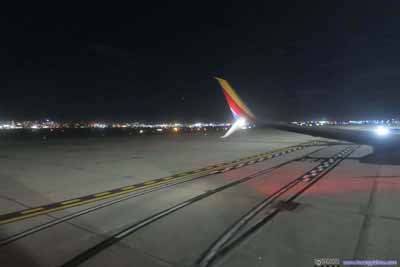 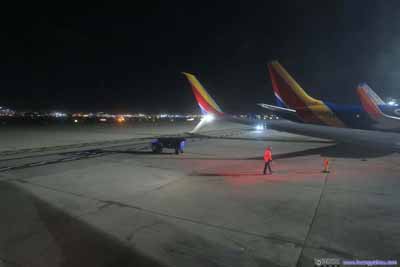 Then we arrived at a Salt Lake City Airport that’s winding down for the day but building up (new terminals) for the future. For the moment, we headed out its narrow corridors with strong impression from the last century, called a Lyft to hotel, and called it a day.

By the way, later I learned that the renovation of Salt Lake City would be building two new concourses and demolishing all current ones, adding only a handful of gates overall. While this would improve the overall transfer experience (shorter walking distances for passengers), I certainly believed the flexibility that a few more gates could bring would certainly outweigh the marginal cost of adding them into a construction project itself. 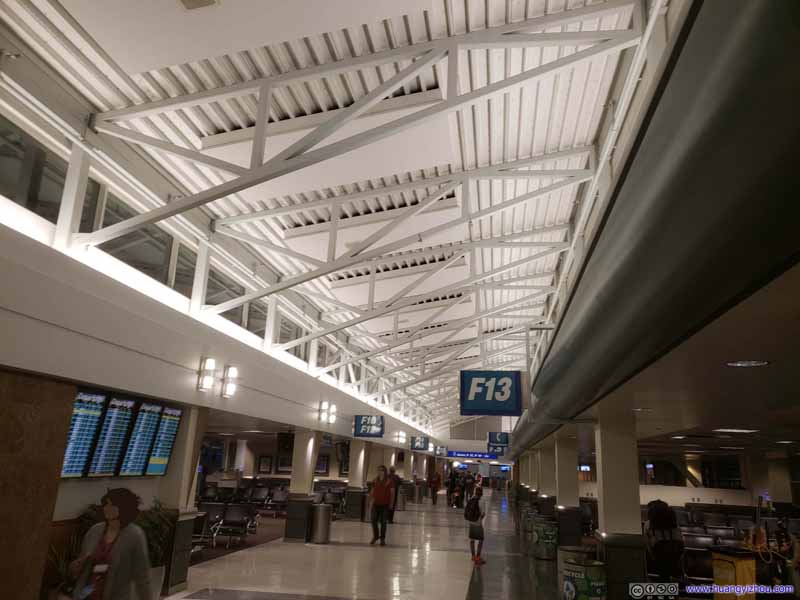