Seventh and last day of my Idaho trip. Quite an uneventful day as I drove back to Boise in preparation for my flight the next day.

Apart from driving from my outpost Airbnb to Borah Peak in the town of Moore, to Boise where my flight back to DC would depart from the next day, I didn’t have much planned for the day.
In the morning I had a video conference, and I was surprised that a village remote as Moore had T-Mobile 4G coverage. My backup plan was to drive to the larger town of Arco, but despite only having one bar of signal strength on my phone, the meeting went smoothly. I took some more rest after the meeting as previous day’s summitting Borah Peak was rather exhausting. I could afford a late start as the drive was predicted by Google Maps to take only 3.3 hours. 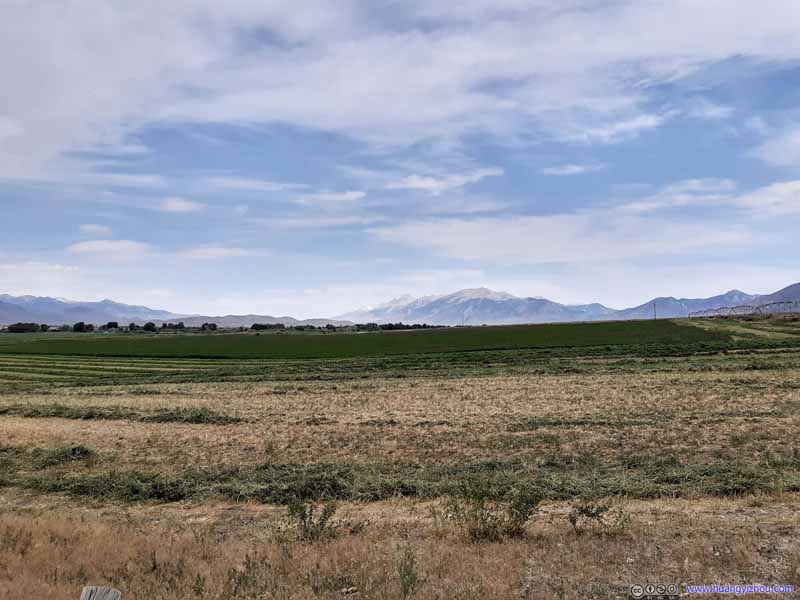 Lost River ValleyBorah Peak among Lost River Mountain Ranges to the right, which I submitted the previous day.

There were lots of clouds in the sky today, not the ideal condition for summiting Borah Peak. I was lucky weather was very cooperating the previous day.

Finally, after saying Goodbye to my lovely Airbnb host, which, because of COVID, had me as their only guest for the month, I set off at 10:40am.

While filling up gasoline in the town of Arco, I paid this giant submarine sail a visit. It’s a hard-to-miss sight along US26, part of Idaho Science Center (if not being its entirety). 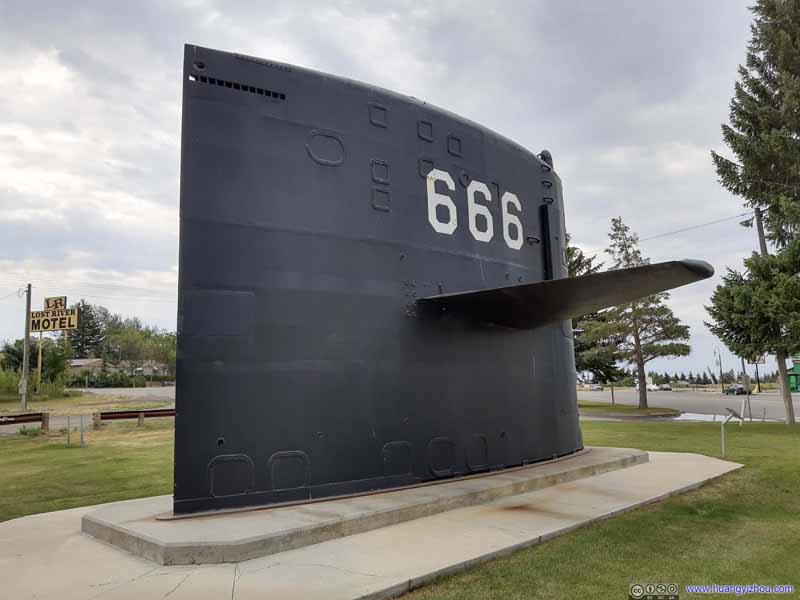 Despite being decommissioned for more than 20 years, the sail of this submarine still had an unwelcoming chemical smell of paint, maybe it’s truly infested by devil?

After that, it was a blast along US26/20 to the town of Mountain Home, where I had my lunch. Traffic was few on these two-lane country roads. It was sensational driving along the straight and endless section of US20 near Fairfield, measuring 25km in length and without a single bend. 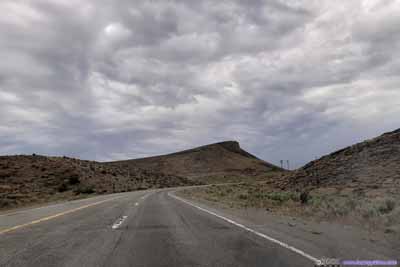 By the time I reached my overnight hotel, which was Hyatt Place Boise Towne Square, it was 3pm, just in time for checkin. This is a brief review of that hotel.

To begin with, this is a Cat 1 Hyatt hotel costing only 5000 Hyatt points per night. Hyatt was running a promotion of 25% back in redeemed points for its Chase credit card holders, in addition to another promotion of 2500 points for first stay between June 15 and Sept 15 for its elite members. I didn’t expect award stays to count towards the second promotion but it did. So at the end of the day, this night cost me only 1250 Hyatt points.

The check-in process went smoothly. There were plastic glass in front of the desk, in addition to that guests were required to stand a certain distance from the desk. A credit card reader on extension cord was in place, so everything could be performed at a distance. 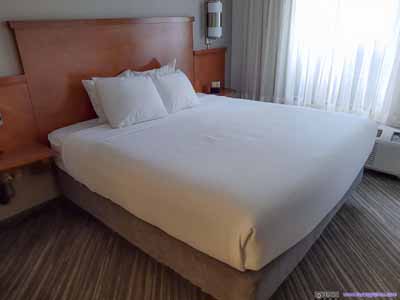 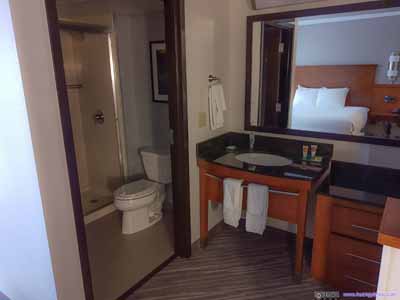 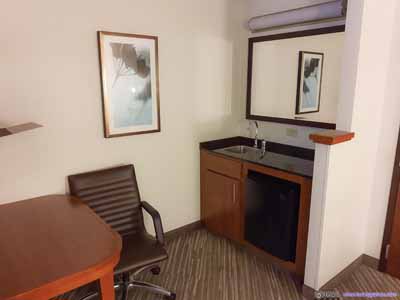 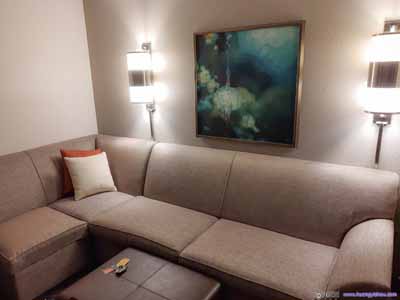 As for the room, it was spacious (perhaps a little bit too much) and spotless (I wasn’t good at spotting hotel cleanness issues to begin with). But compared with the Hyatt Place that I stayed last summer in California (Emeryville/San Francisco Bay Area), I could definitely feel this Hyatt Place at Boise was certainly of a more dated design, both in its exterior walls and interior rooms. And nowhere was this sign of age more obvious than its corridors, with carpets showing signs of wear and looking far from top-notch clean.

But perhaps the biggest disappointment came the next morning, with its breakfast options. 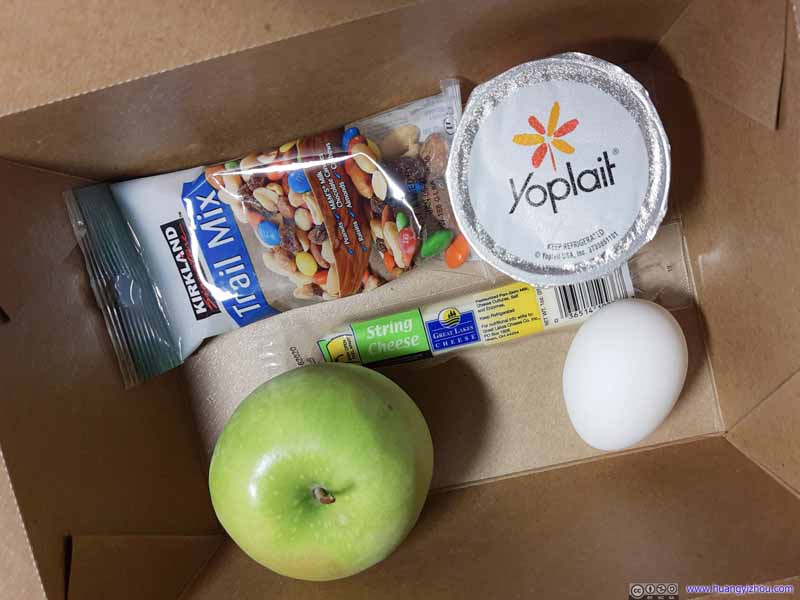 COVID Breakfast at Hyatt Place BoiseI used to have high regards for the breakfast at Hyatt Place, thinking it’s above the pack. Unfortunately in times of COVID, that got reduced to a meager food box like this (this was actually the more plentiful of two options). I was glad that I still have a Subway sandwich left from my road trip.

In comparison, the box breakfast I got a month ago from Days Inn Moab at least had a muffin, that could keep myself from starving for much longer.

But in the end, since I only spent 1250 Hyatt points for this night, I was overjoyed.

Other Activity near Boise

It was only 3:30pm after I had settled down in my hotel room. There was plenty of daylight left, so I was looking for some more activity for the day.
Of all the hiking trails near Boise, Adelmann Mine Trail seemed to be the most popular. On my way there I would also be passing Lucky Peak Lake, which looked interesting from my plane landing into Boise a week ago. So I set off for these two places.

A lake created by Lucky Peak Dam on Boise River. The dam’s primary purpose was flood control, with a secondary function of irrigation. 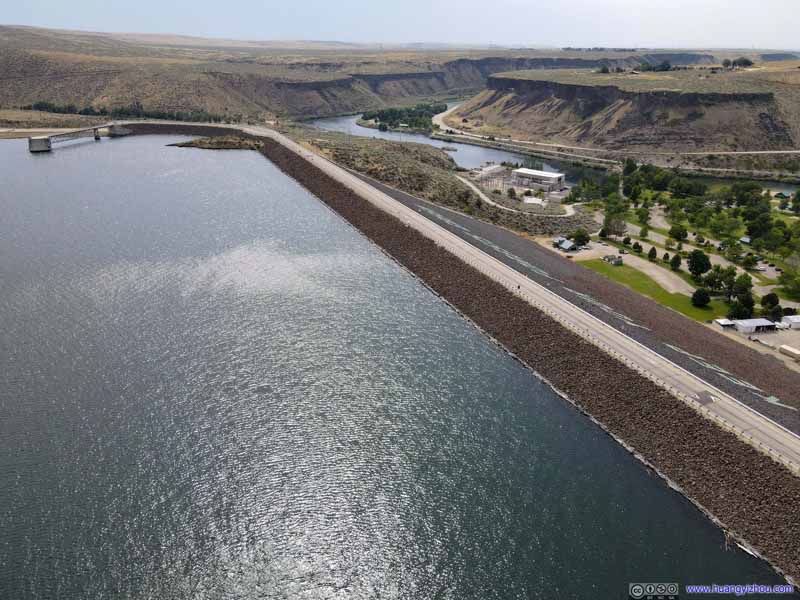 At first, I was heading for this picnic area / view point located conveniently off state route 21. It’s really a vintage point for viewing the lake (my drone photo below), but somehow the area was closed to vehicle traffic for the day. 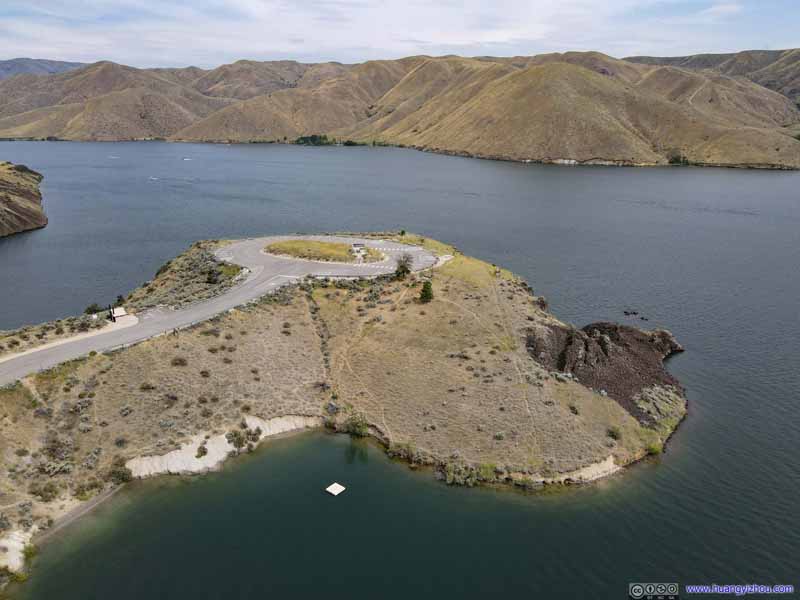 So after taking a few photos and videos, I left for Adelmann Mine.

A 7.6km roundtrip trail to an abandoned mine with murky history.

The trailhead was located at “Boise River Wildlife Management Area Headquarter”. They politely request hikers to park their cars outside the main gate, by the side of State route 21, which had space for about 5 cars. 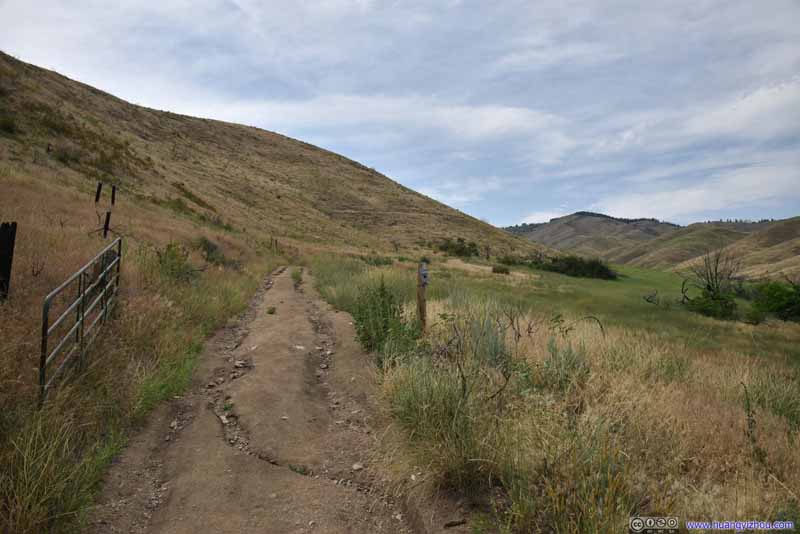 Adelmann Mine would be a living gem of the region’s mining history. Unfortunately, the trail was swarmed by grasshoppers / locusts. They were all over the place that I made one step, and about a hundred of them hopped around. Despite their hops tended to be away from me, I was so scared of large bugs like this, that when one of them hopped onto my trouser twice after only 500m from trailhead, I decided the trail’s not for me, and I retreated back to my car.

It was still early to call it a day, so I paid downtown Boise a brief visit. After parking my car, I took a stroll in the Julia Davis Park / Boise State University area. 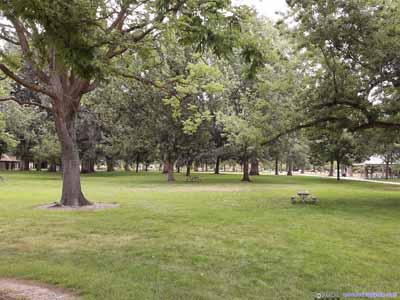 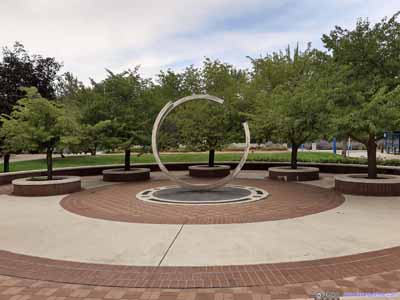 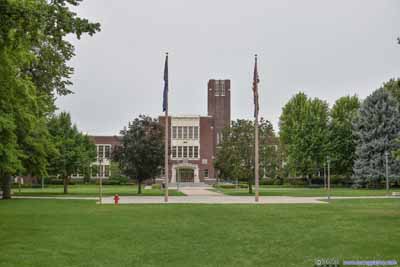 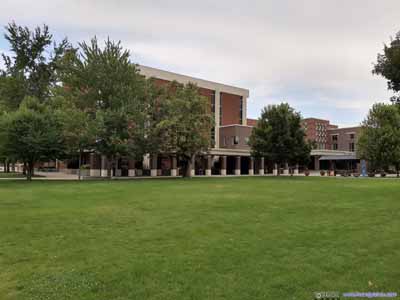 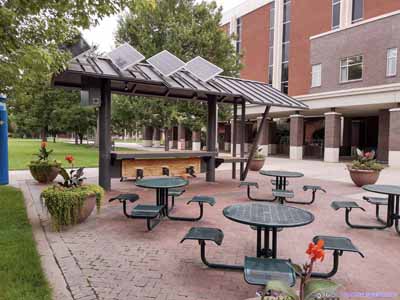 Boise State University CampusBecause of both COVID and summer recess, there were few people around in campus. 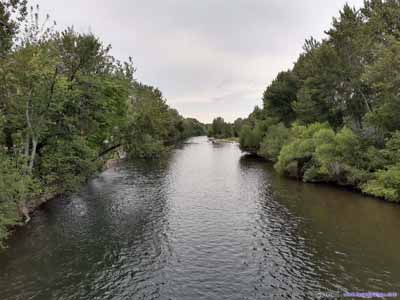 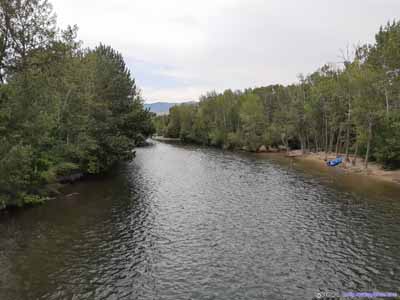 Boise RiverTurned out to be a popular kayaking spot.

After that, I drove back to hotel and called it a day.
END

Day 7 of 2020 Idaho Trip, Driving back to Boise by Huang's Site is licensed under a Creative Commons Attribution-NonCommercial-ShareAlike 4.0 International License.