The inbound flight segments of my July 2020 trip to Idaho, river-visual approach into Washington Reagan Airport after waiting out a thunderstorm. 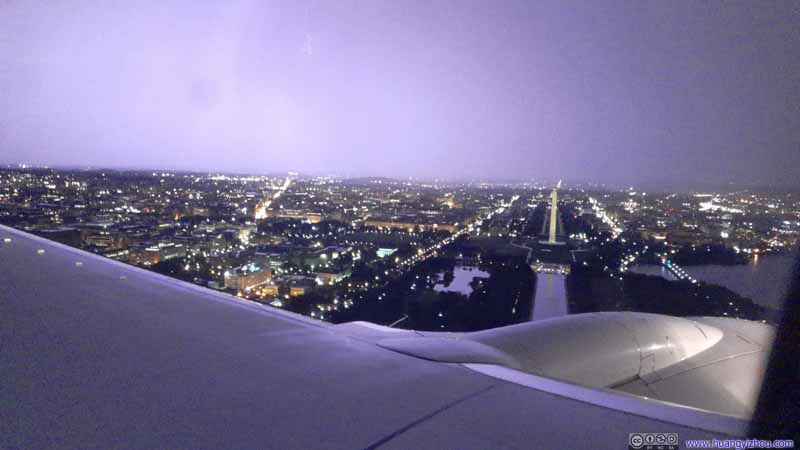 After American Airlines canceled my original flight with Dallas connection, I requested them to change it to a Chicago connection, saving me an hour in the air and allowing me to stay in bed late for an 1pm departure. 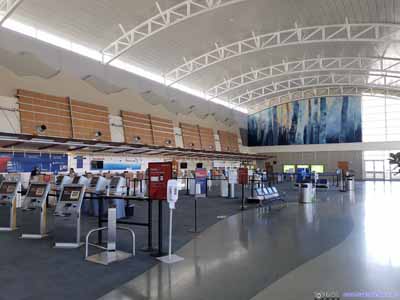 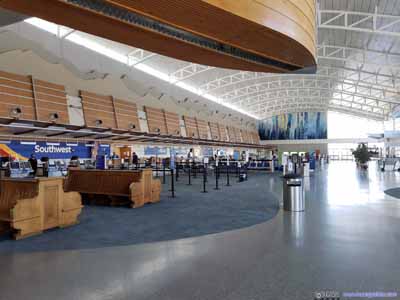 After arriving at Boise Airport, I sat on the benches outside security for some time before checking in, utilizing the “basic economy checkin strategy” detailed in previous post. Luckily, all the standard coach seats on this E175 to Chicago were assigned, so I got a “Main Cabin Extra” seat about 2 hours before departure. 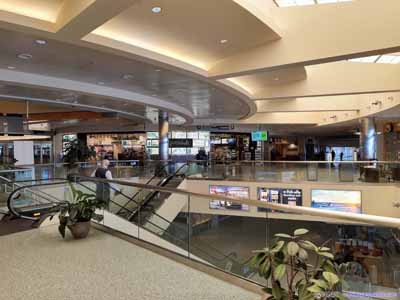 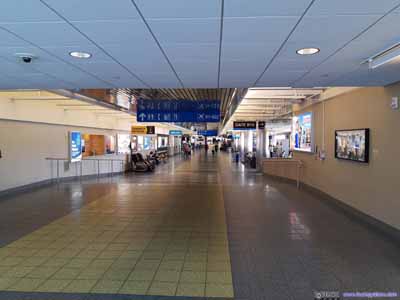 Past security, the concourse of Boise Airport wasn’t very huge, but it had all the expected amenities with few signs of age. Above all, it had an arcade room!

While waiting for my flight, I picked a spot with advantageous view of the runway. 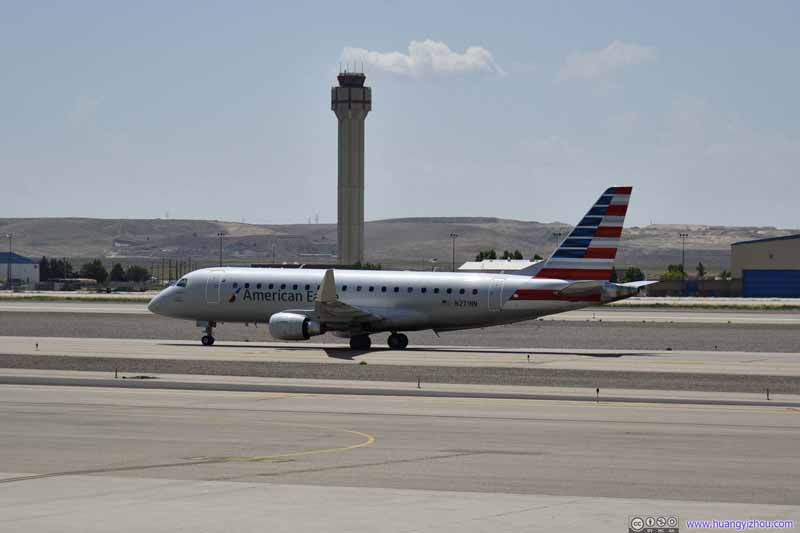 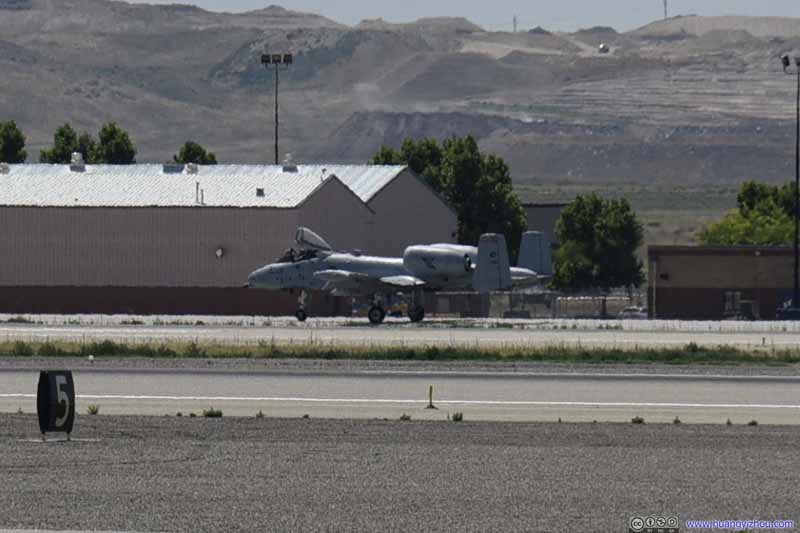 A-10 ThunderboltGowen Field Air National Guard Base occupied the southern part of Boise Airport. So I was pretty excited to see this A10 taxiing down the ramp. Unfortunately, it was pretty far away as this photo was cropped to a 600mm equivalent.

The inbound flight arrived slightly late, but the turnaround was lightning quick. With stopover at Boise being mere 30 minutes, our takeoff was only 14 minutes late.

Here’s GPS tracking for the flight: 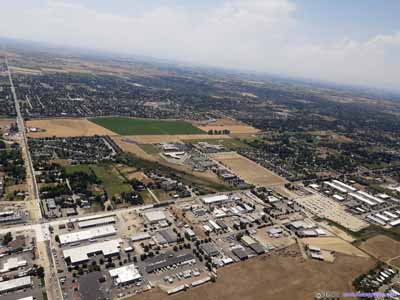 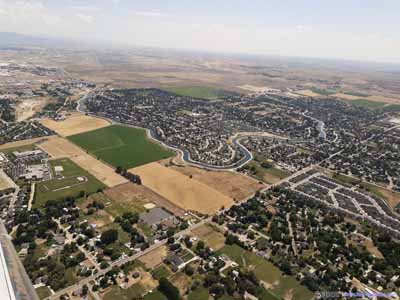 After takeoff, I was again given an aerial tour of the mountains that I visited during this week. Unfortunately, there were more clouds compared to my flight to Boise. 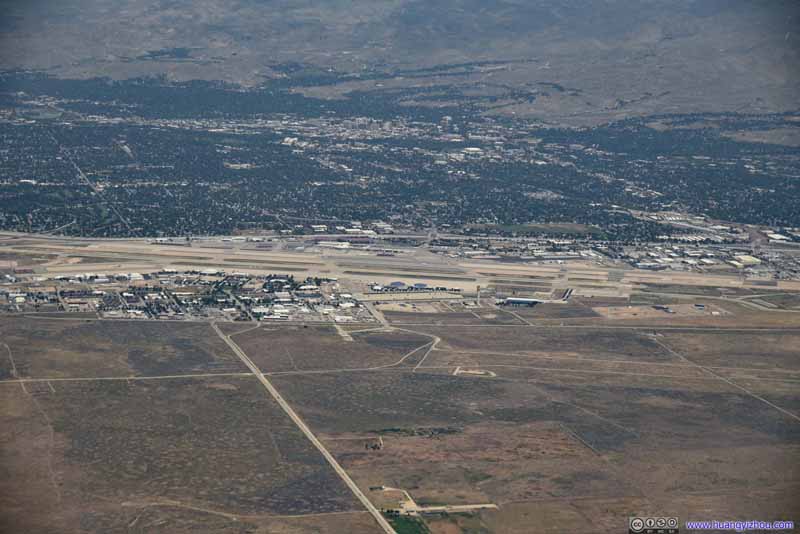 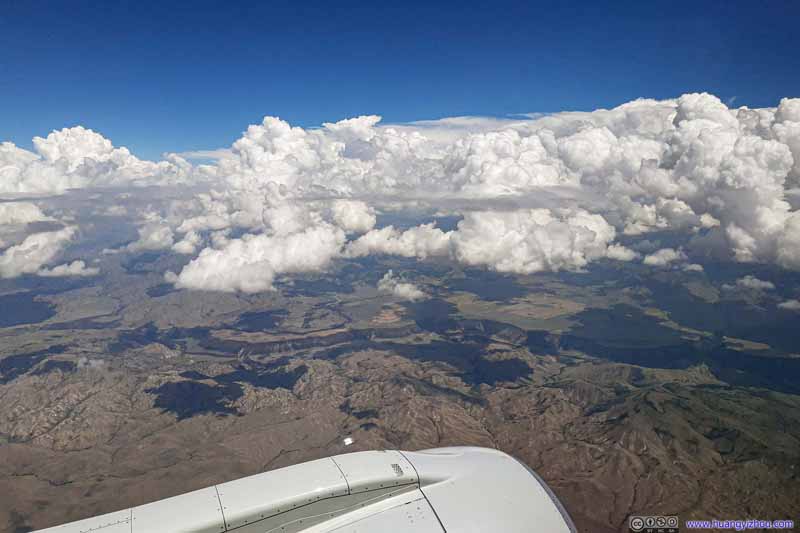 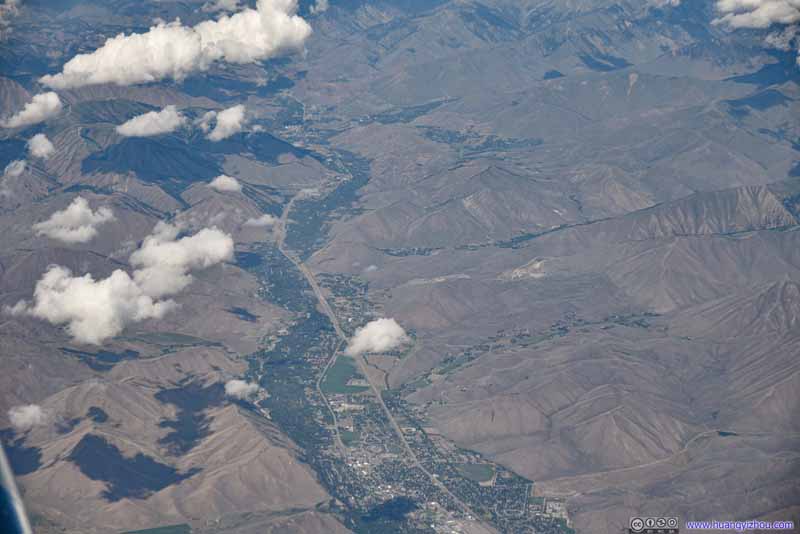 Town of Hailey and KetchumI could almost see my Airbnb house in this photo. 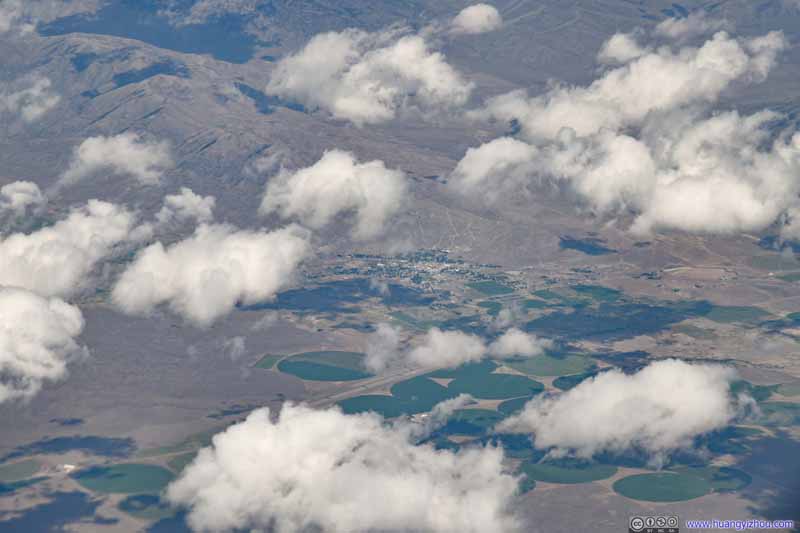 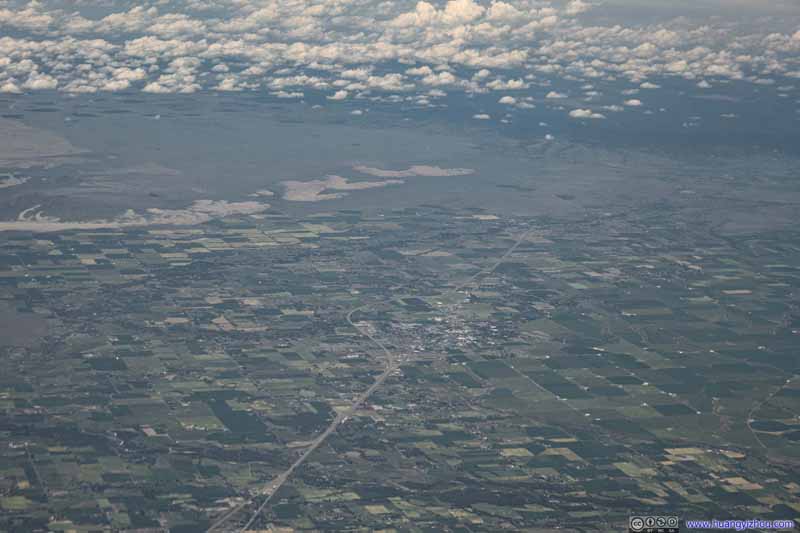 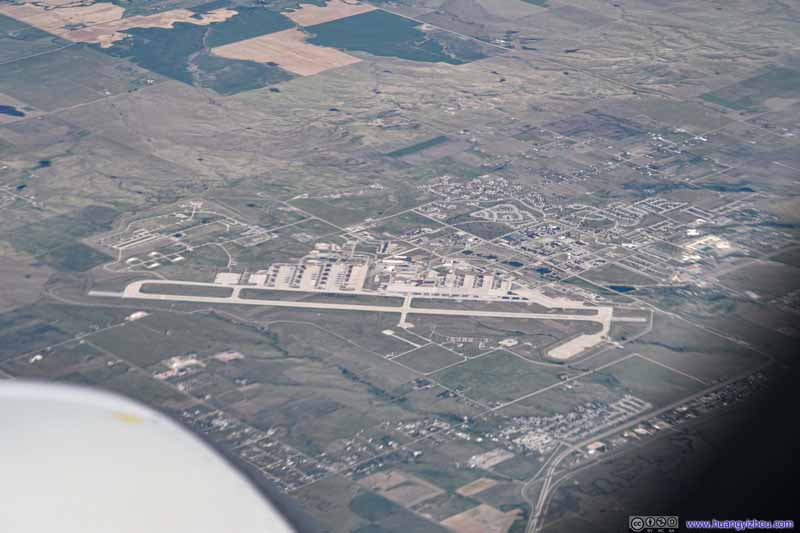 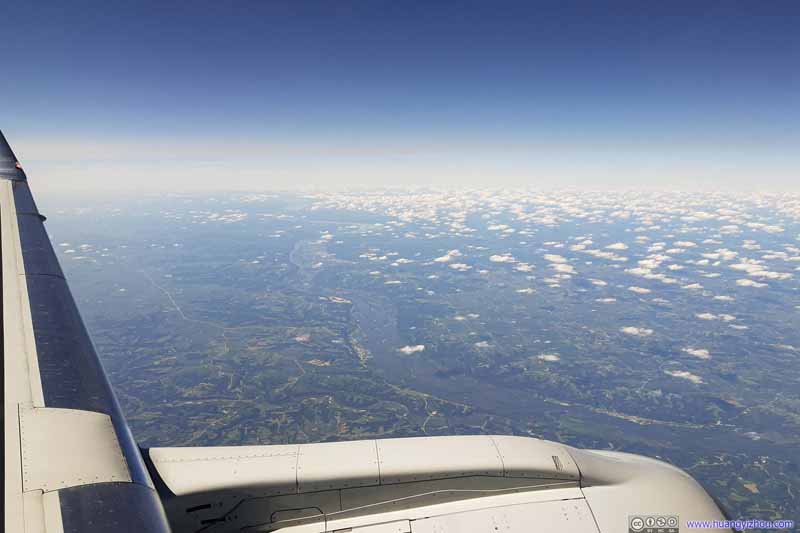 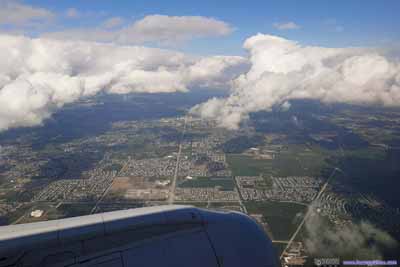 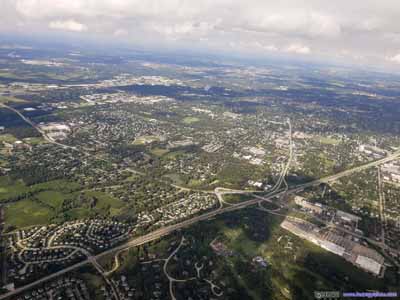 With tailwind most of the way, we managed to land at 5:24pm in Chicago, 20 minutes ahead of schedule. Unfortunately, we landed in the northernmost runway of 9L, after which we circled around the westernmost taxiway Z to the terminal. This tour of Chicago Airport, combined with the few minutes we waited for a jet bridge operator, erased all our early arrival time. 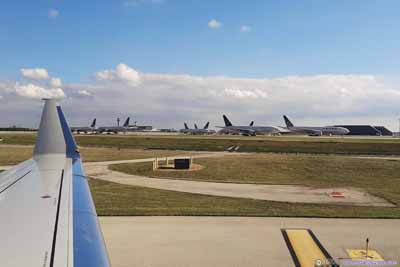 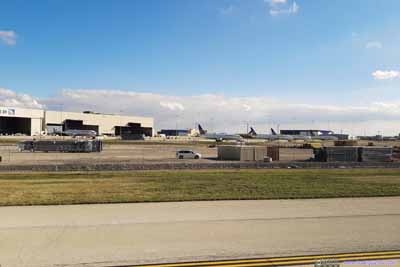 Parked United Airlines PlanesThanks for the long taxiway detour, we were given this tour of parked planes. 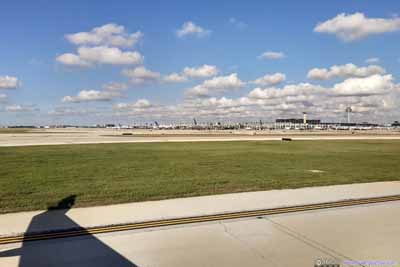 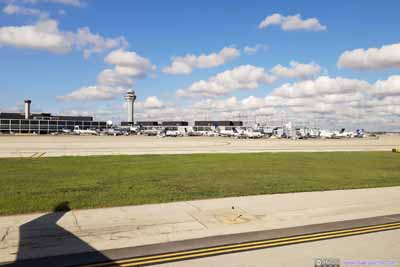 Chicago Airport Terminal 1Even with many planes parked, United’s Terminal 1 was still teeming with life.

With only a 45-minute connection, I headed straight to the gate of my flight to DC, and it’s almost boarding time. 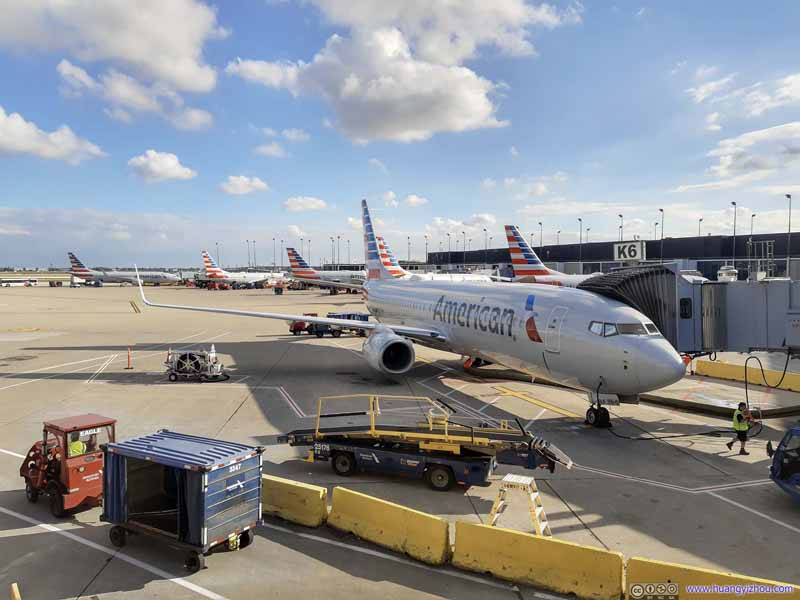 Baggage TrackingIt’s sort of amazing that ground crew at Chicago could unload my bag from a plane and load it onto a different one, in a whopping 13 minutes. That’s about the same amount of time for me to deplane and reach my new gate. 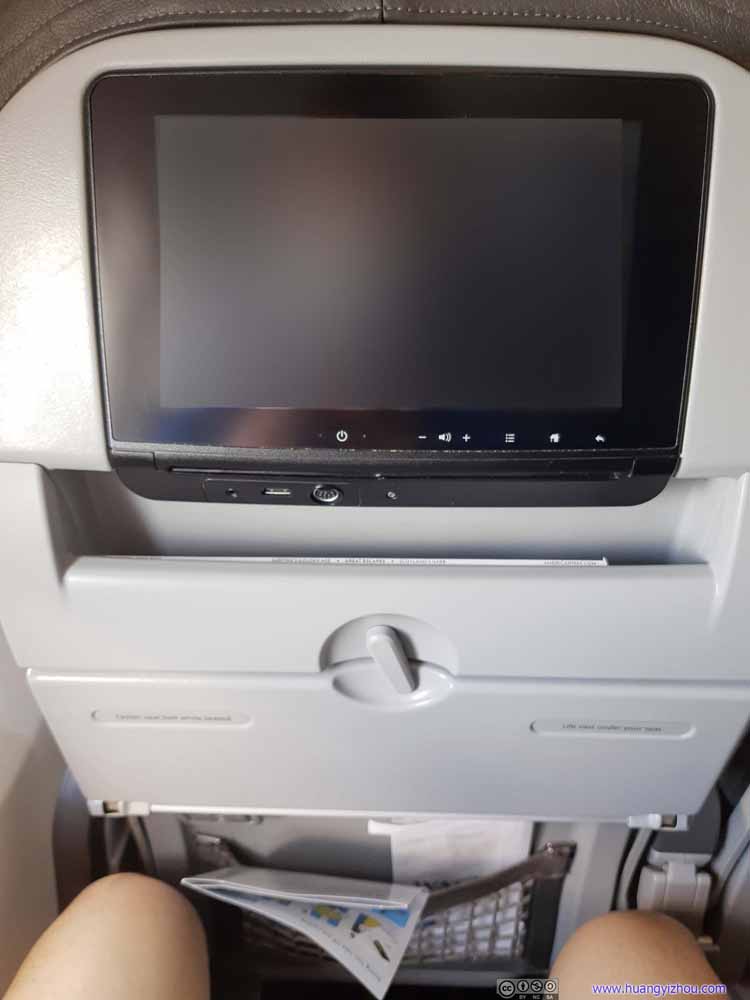 IFENot a usual sight in aircrafts in North America.

According to American Airlines’ website, there were two versions of 737-800. My flight to DC was scheduled with the 172-seat version 1, before it got switched to the 160-seat version 2 at the last minute. The new version 2 was certainly the premium version as it featured more seat pitch and a personal entertainment screen.
Unfortunately, the IFE in front of my very seat was broken…

As a result of this equipment change, I got assigned with a new seat, crowded with a few others at the back of the plane. But the actual flight was very empty (lots of empty rows), and before I reached my assigned seat, the cabin crew ushered me to the front with an entire row to myself.

Here’s GPS tracking for the flight:

The actual flight went pretty smoothly, with cabin service reduced to a food box upon boarding, just like my outbound flight. That is, until we started to circle in a holding pattern in Northern Virginia, just south of Winchester.

Our captain informed us the holding was due to a thunderstorm in DC area, and he expected it to be about 10-20 minutes. 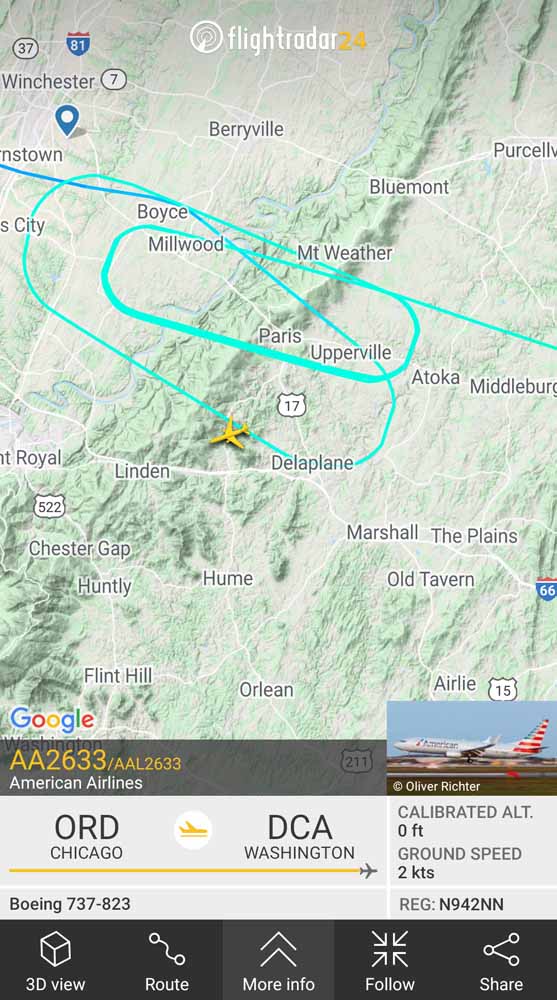 HoldingThe entire hold turned out to last 45 minutes with us making 6 circles in Virginia.

Unfortunately, my video reserve for entertainment had long depleted and it was a boring wait. On the plus side, cabin pressure slowly got back to sea level during holding, that’s music to my ears.

And after holding, we performed the famous northern River-Visual Approach into Reagan Washington National Airport. I was quite excited as this was my first flight landing into DCA from the North, the lightning backdrop in the distance certainly spiced things up.

Once we were on solid ground, I anxiously texted my friend who I arranged to pick me up at the airport (Washington DC’s metro was running a ridiculous 9pm final train during COVID.). Our touchdown was already 12 minutes late, luckily, he experienced the storm firsthand and anticipated my delay.

That’s not the worst of it. Because of the storm, the ramp at the airport was closed, adding another 10-minute wait before a jet bridge operator could be located. 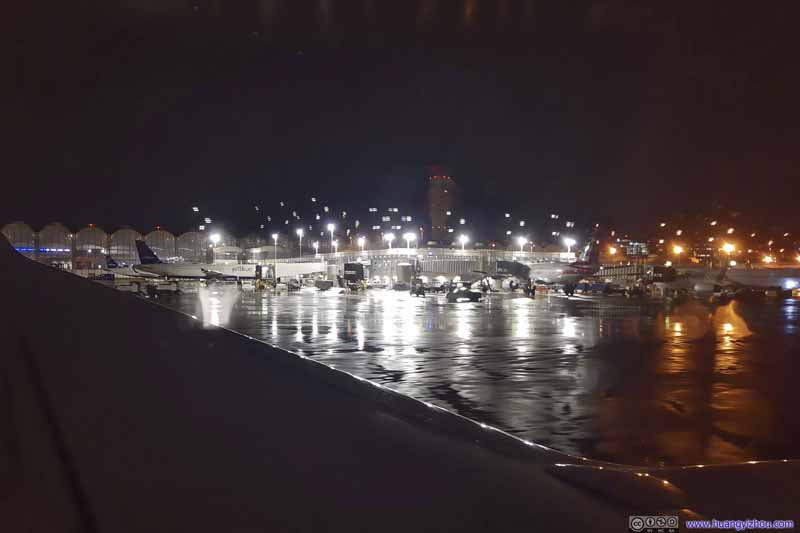 Not to mention it took forever for my checked bag to arrive at the belt, and the chaos at the dropoff as all the app drivers and riders were experiencing finding each other.
END

Flight Log of American Airlines Flight 3300 and 2633 from Boise to Washington DC via Chicago by Huang's Site is licensed under a Creative Commons Attribution-NonCommercial-ShareAlike 4.0 International License.