After spending a week visiting Alaska, this post was about the flights back to Washington DC from Anchorage, with an overnight connection in Seattle. 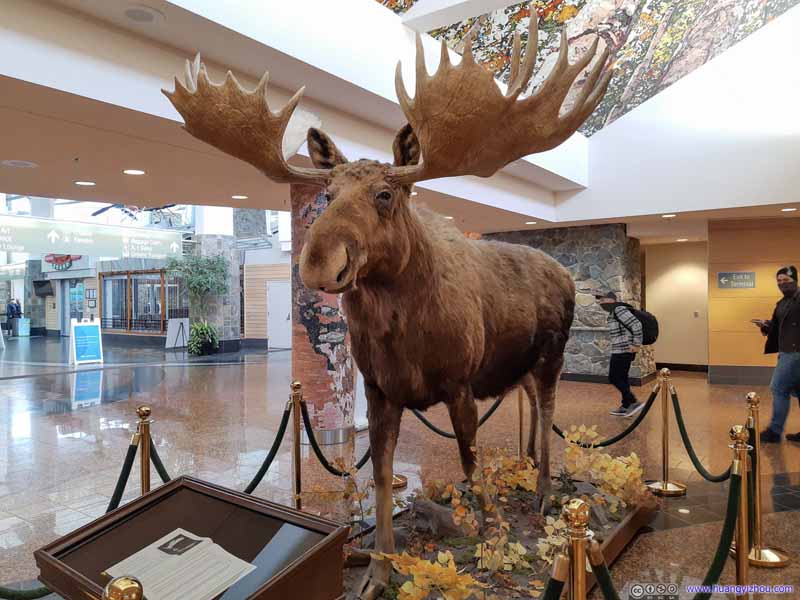 Alaska Airlines ran a buy-one-get-one-free promotion in August 2020 to boost load factors in response to COVID. Coupled with already low prices for flights between Alaska and lower 48, my friend and I took advantage of that and spent a week soaking in the wonderful sceneries of Alaska.
The promotion excluded travel on Friday and Sunday. Aiming to spend a full week in Alaska, we chose to fly back to Seattle Saturday night, and then back to Washington DC Sunday morning. The promotion allowed this, and with less than 12 hours of connection, I didn’t have to pay for checked bags again.

After hiking Lazy Mountain in the previous post, I met up with my friend and we reached Anchorage Airport about 2 hours before our flight. After grabbing some food in the terminal (unfortunately half the restaurants were closed), it’s boarding time. 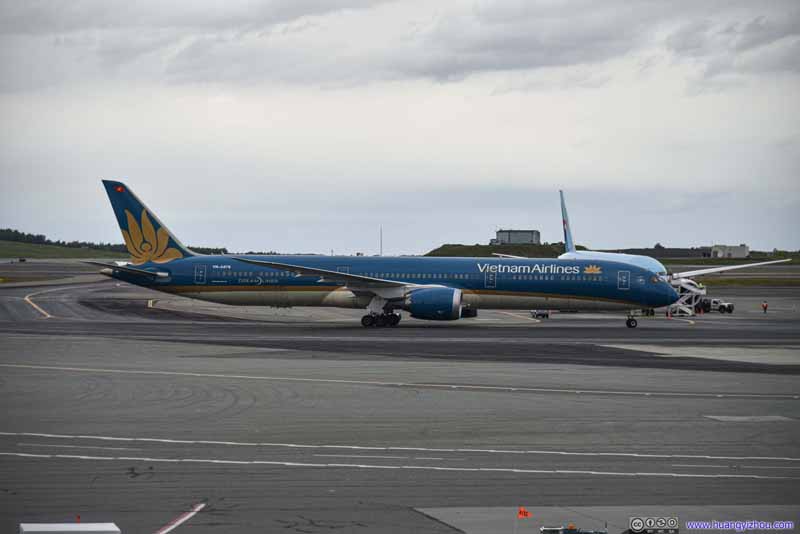 A passenger plane used for freight operations. I was puzzled why Vietnam Airlines would send a “-10” 787 despite they had the lighter 787-9, which shares identical Maximum-Takeoff-Weight (MTOW). The flight from Vietnam to Anchorage should obviously be MTOW-limited. 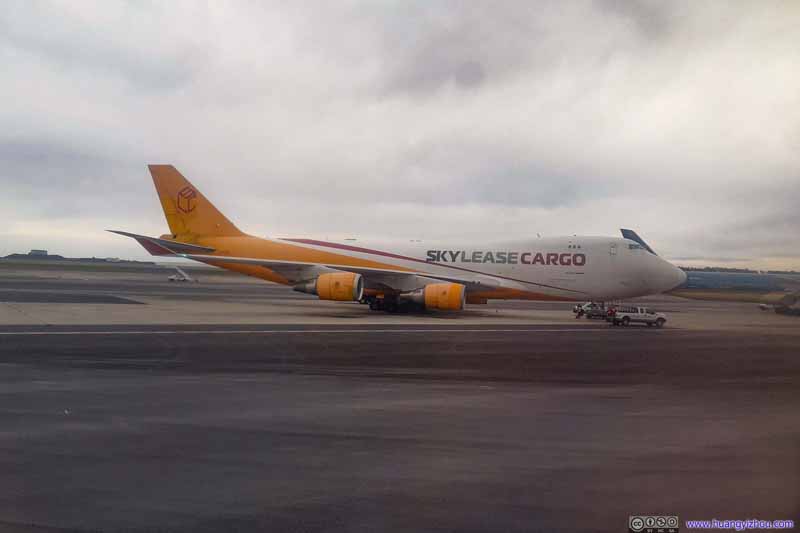 Skylease Cargo B747-400FA sign of Anchorage as one of the world’s busiest cargo airports.

Quite to our surprise, the flight AS104 back to Seattle was pretty full (apart from Alaska Air’s blockage of middle seats). Most people onboard seemed to be mid-to-old-aged men seemingly just finishing their fishing vacation. 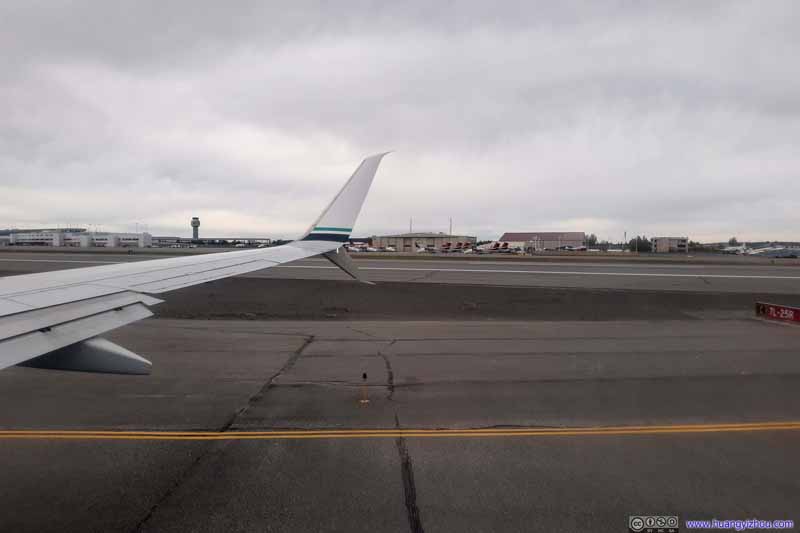 Passing the hanger of Ravn Alaska Airlines with its fleet of Havilland Dash 8. Ravn Alaska ceased operation in April 2020 and filed for bankruptcy due to COVID pandemic.

It felt strange to me that we took off from runway 25L, the one of pair farther to terminal. I thought for parallel runways takeoff was conventionally from the closer runway, but probably the staggered runway configuration unique to Anchorage warranted such operation.
Here’s GPS tracking:

Clouds along the way were thick so there wasn’t much to talk about for the flight itself. Tailwinds were strong, especially over British Columbia, pushing our ground speed above 1000km/h, so we arrived more than half an hour early. 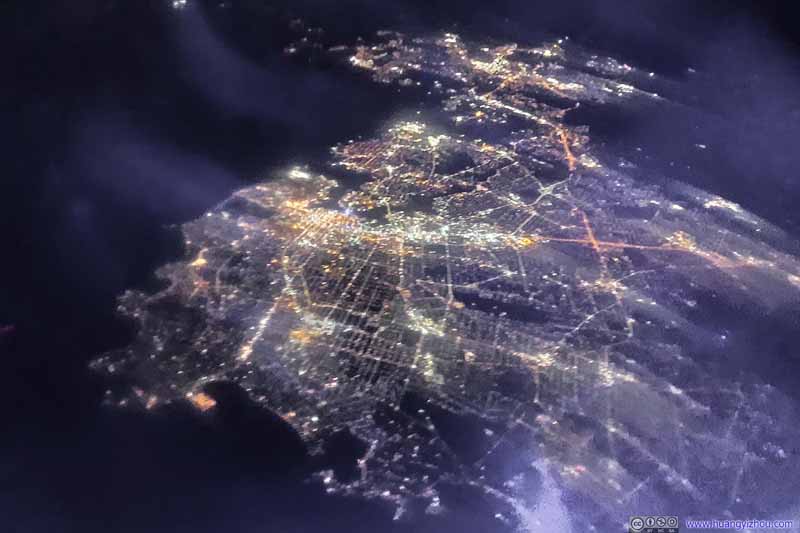 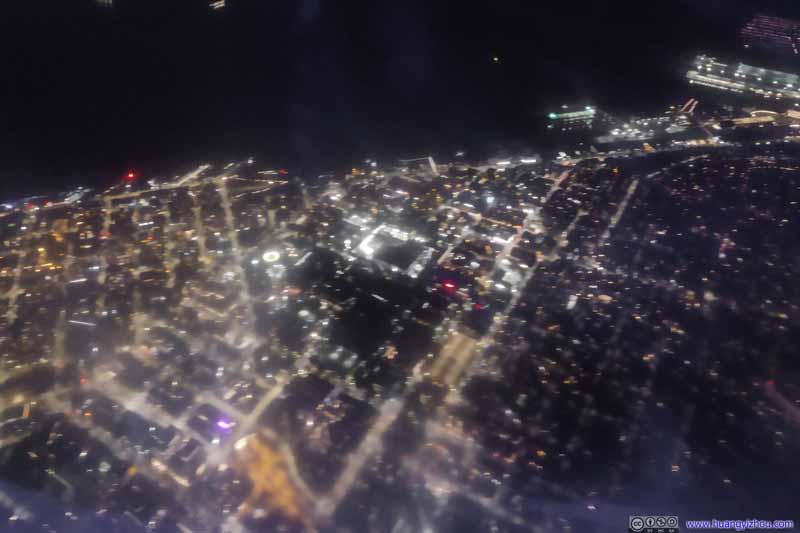 I was hoping to capture a shot of Space Needle during our approach. The plane’s shakiness meant this was the best that I could do.

After that, we checked into a hotel near Seattle Airport. On foot it wasn’t that much farther than the tram station. With overwhelming supply than demand for hotel rooms in Seattle, such a night only cost us 50 dollars.
Just that I packed most of my clothes in the checked bag, and tonight temperature was a bit colder than what I anticipated to wear on myself.

Fast forward to the next morning, when my friend and I decided to use the hotel shuttle so that we could sleep for an additional 5 minutes. Probably because it’s morning rush hour, Seattle’s Tahoma Airport was a lot busier this time. One could hardly relate the bustling scene with COVID. 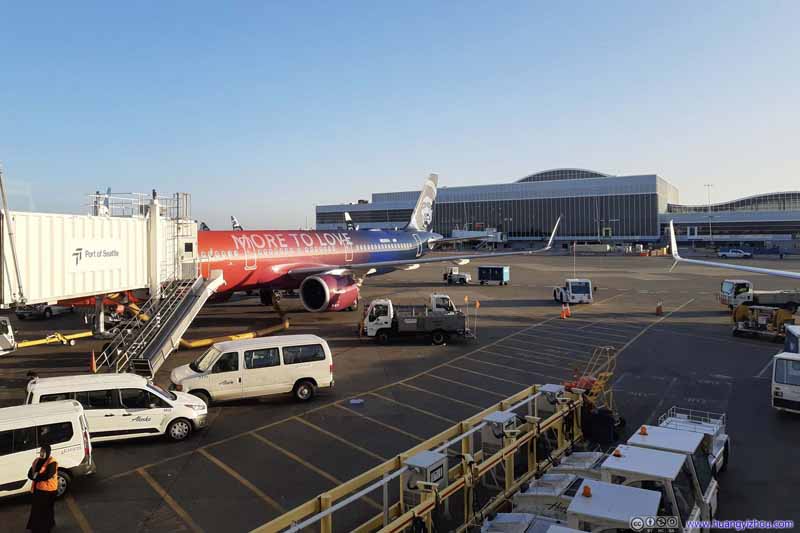 My plane to Washington DC. I had been quite anticipating this, now I finally got to fly on Alaska Air’s special livery.

It’s Sunday and Alaska’s “buy-one-get-one-free promotion” didn’t apply (except for people doing overnight connection like us). The flight to Washington DC was much less crowded than the other flights of this journey, with 72 booked out of 190 seats (somehow the screen at the gate displayed capacity as 172).

Just like the flight from Washington DC, I was sitting at the best “standard” economy seat of 27A, with an empty seat in front for emergency exit. A crew member that flew with us to Seattle a week ago even recognized my friend and I on this flight. 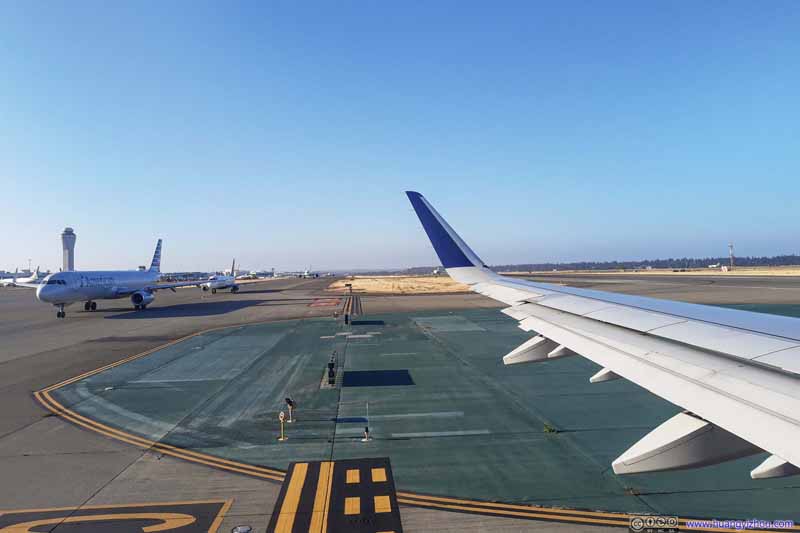 Onto RunwayIt’s morning rush hour at Seattle. We waited in line for about 6 minutes fore it’s our turn for takeoff. 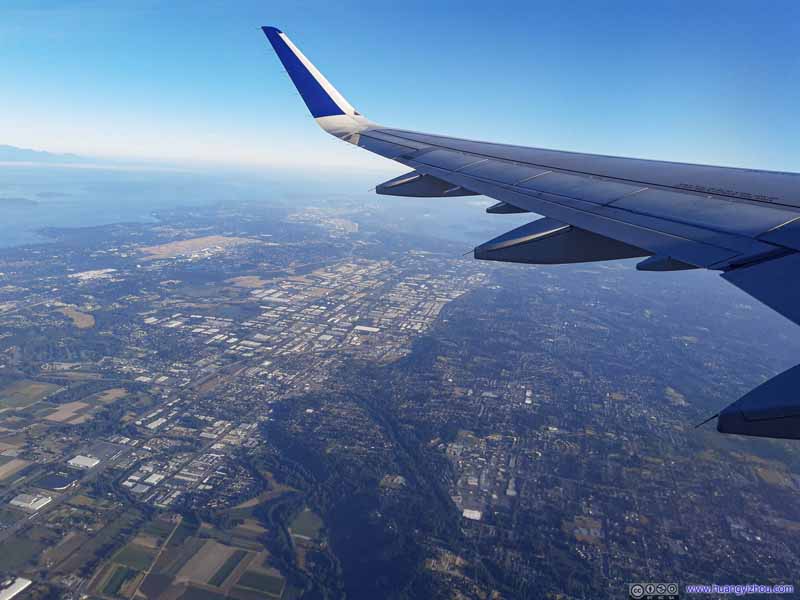 Finally, I have some sceneries to share along the way this time. 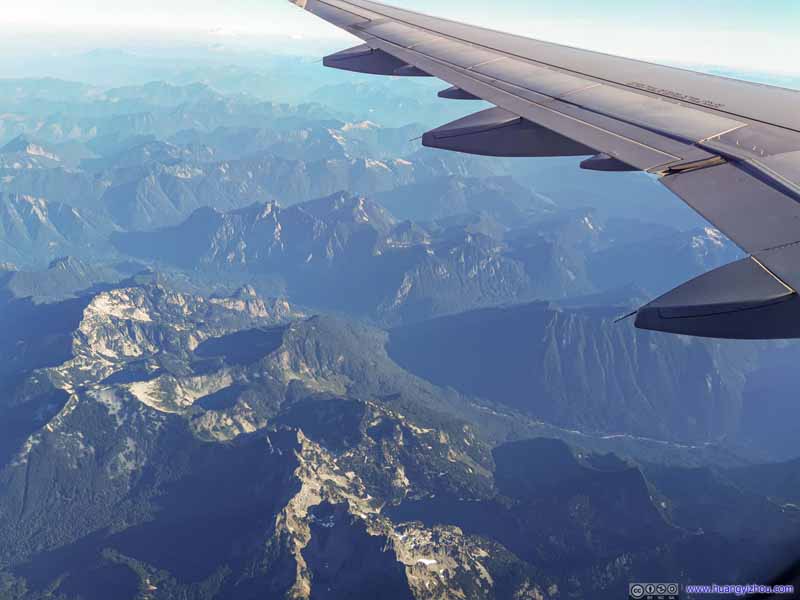 Snow Lake in the lower part of this shot. It’s a place I’d seriously considered hiking this January while I was visiting Seattle. Thank God I chose to hike nearby Annette Lake instead, which was easier on snow. And without snowshoes, I only made it halfway to Annette Lake. 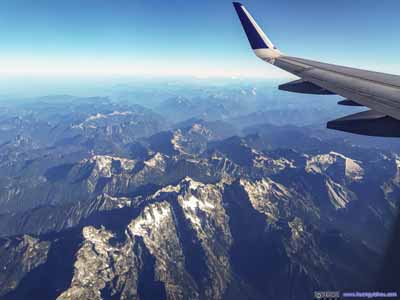 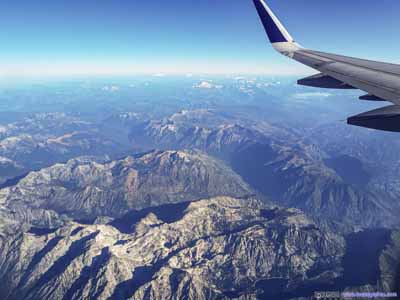 Unfortunately, with these nice sceneries came a crying baby a few rows back for most of the way, so it’s hardly an enjoyment. 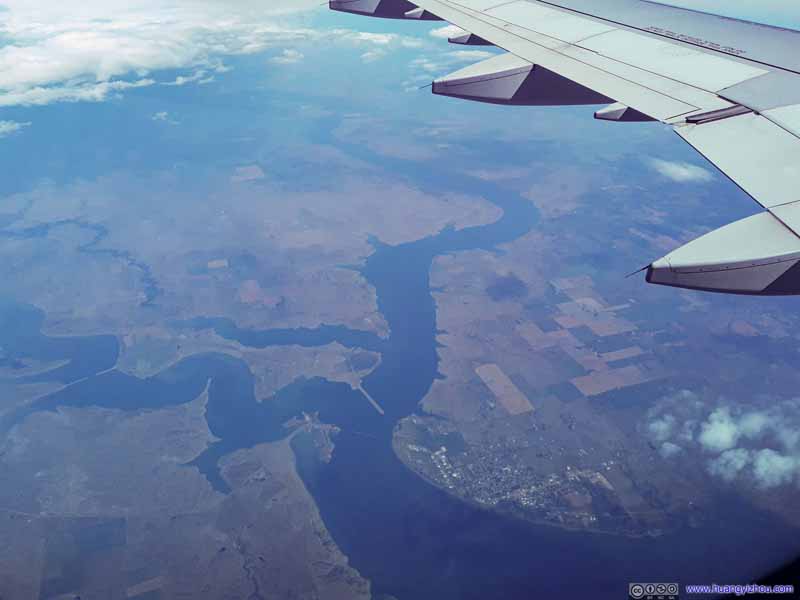 Town of Mobridge by Missouri River 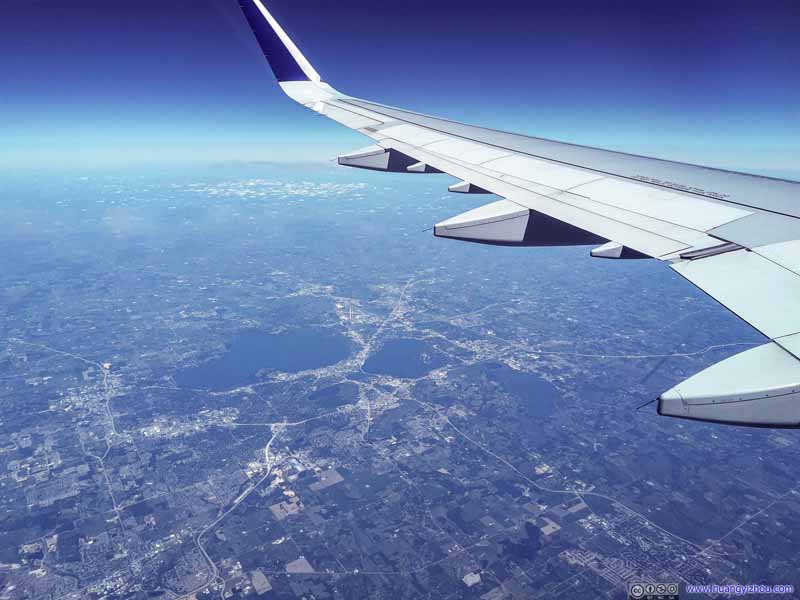 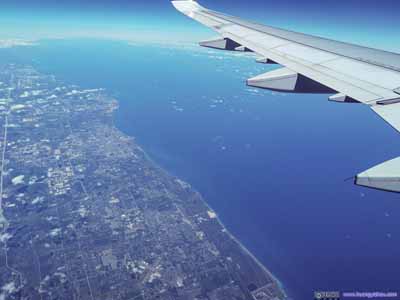 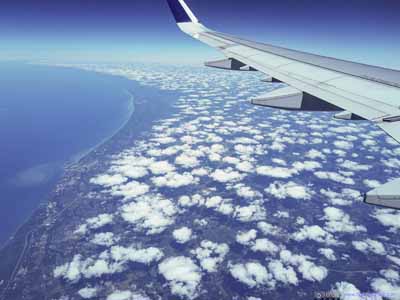 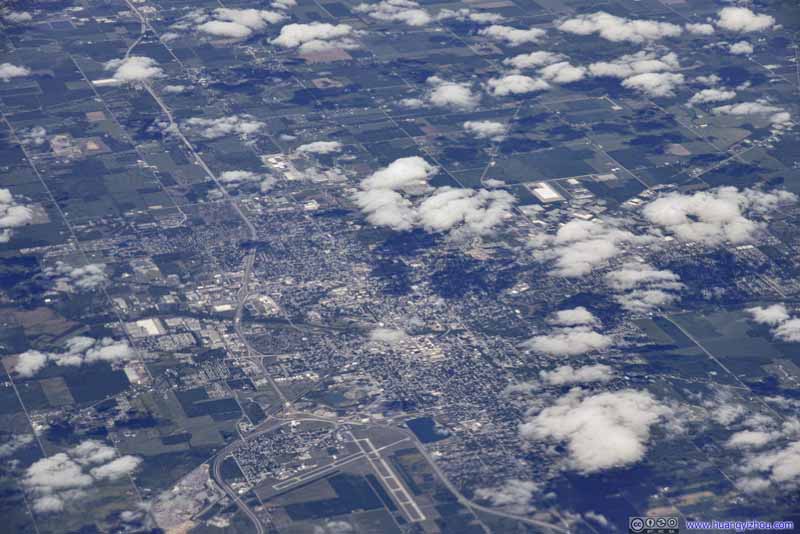 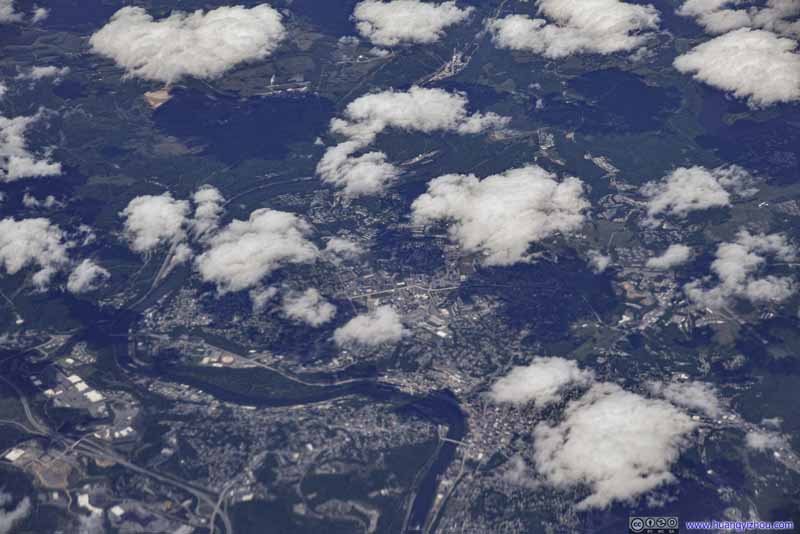 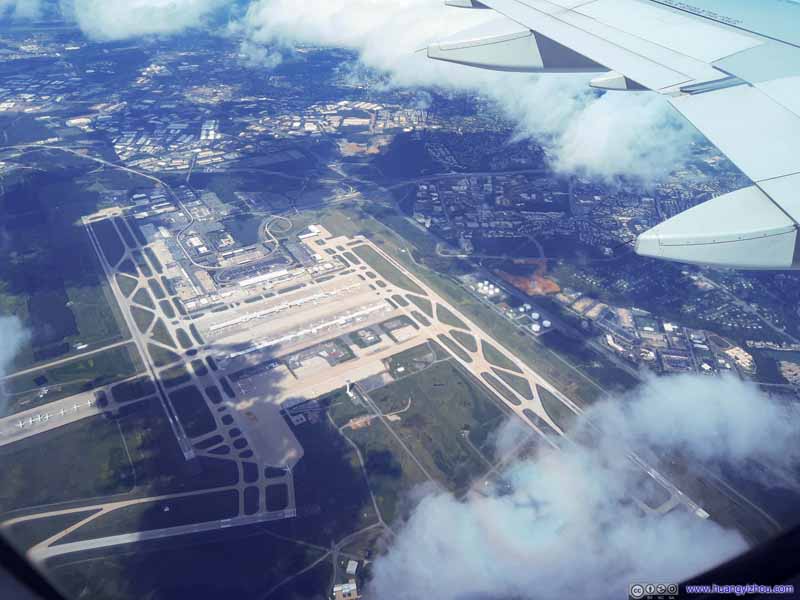 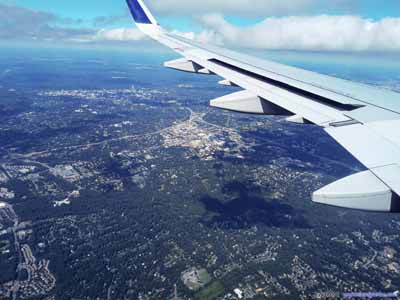 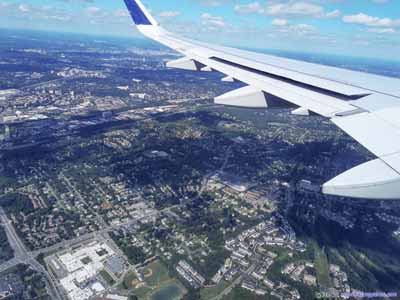 Turning for RunwayAs we were approaching Potomac River. 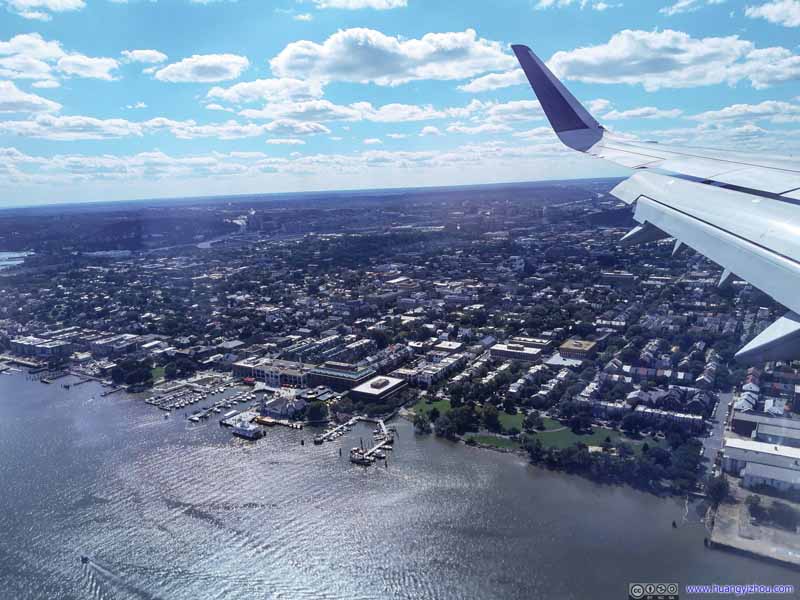 After landing in Washington National Airport, my checked bag arrived at the belt, perfectly timed so that we just missed a metro train downtown. With reduced metro schedule, we ubered home instead.
END

Flight Log of Alaska Airlines Flight 104 and 4 from Anchorage to Washington DC via Seattle by Huang's Site is licensed under a Creative Commons Attribution-NonCommercial-ShareAlike 4.0 International License.