A cross-country flight to Los Angeles on a weekend trip meeting with a few friends. 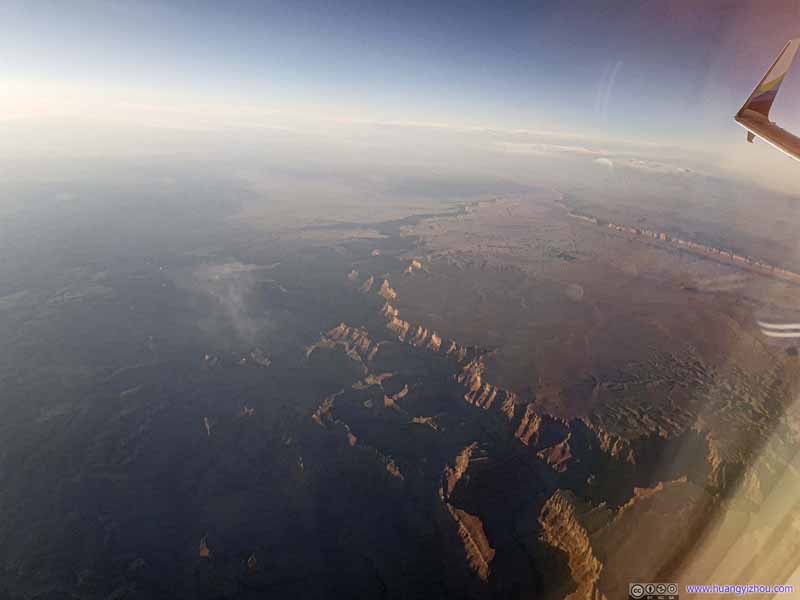 Very close to the core of Grand Canyon National Park. Unfortunately, with this photo taken against sunlight, the best of my post-processing could only achieve so much.

Third weekend of May 2021. I booked two sets of rather cheap cross-country tickets with Alaska Airlines two months ago. This is the second of the set where I would be flying out of Washington Dulles Airport on a Friday afternoon. This time, I would confine my movement to greater Los Angeles area, spending the weekend meeting a few friends.

With Dulles Airport being sort of out of way from my home in Maryland, driving seemed like the best option for me to reach it. And since I would be flying back the next Monday, driving and parking my car at Dulles Airport was pretty affordable.

The other option was to use services like SpotHero and park at nearby hotels with free shuttle for much cheaper rates. Unfortunately then I wouldn’t be able to use Dulles Access Road for free. In addition, my flight back was scheduled to land at 3:43pm, after which hotel shuttle would cost me extra time to beat rush traffic.

Just as I was driving to the airport, I got a call from Alaska Airline’s gate agent, saying they were going to upgrade me to first class (I’m Alaska Airline’s lowest tier MVP elite), despite I booked their non-upgradable saver fare. She mentioned the reason being that another Seattle-bound flight was delayed, so they were trying to move connecting passengers to this Los Angeles flight to minimize disruption.
A few thoughts on this. In May 2021, Alaska Airlines had a pretty interesting plane rotation at Dulles Airport, with a 739 arriving from Los Angeles and departing for Seattle, and another 739 from Seattle for Los Angeles. Normally airlines schedule roundtrip flights with the same aircraft for simplicity. Both Los Angeles and Seattle were hubs for Alaska Airlines, so I didn’t quite see the logic behind this.
Even more peculiar, originally the Seattle fight was scheduled to depart earlier than the Los Angeles flight. With the 739 from Seattle arriving on time, they could easily send that plane back to Seattle, thus delaying both flights for an hour, instead of delaying the Seattle flight for 2 hours. Seattle was a bigger hub for Alaska Airlines with more connecting passengers, so that made more sense to me.
And despite the agent’s best intension, and their repeated announcements that the flight would be 100% full (to ask for volunteer gate checks), there still turned out to be a few empty seats onboard, including the only vacant first class seat next to me (!). 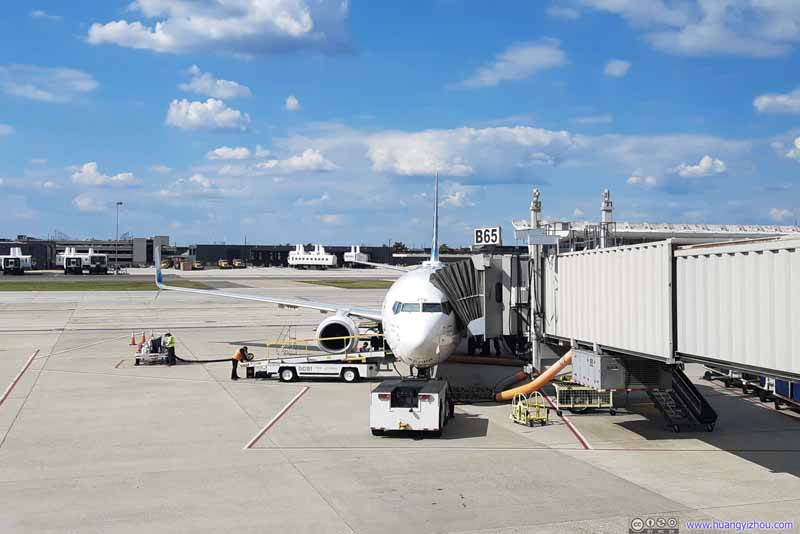 Alaska Airlines B739 (N472AS) at GateMy plane to Los Angeles.

With predictable traffic at 3pm on a Friday afternoon, I timed my arrival at the airport so well, that I didn’t wait for long before it’s boarding time. 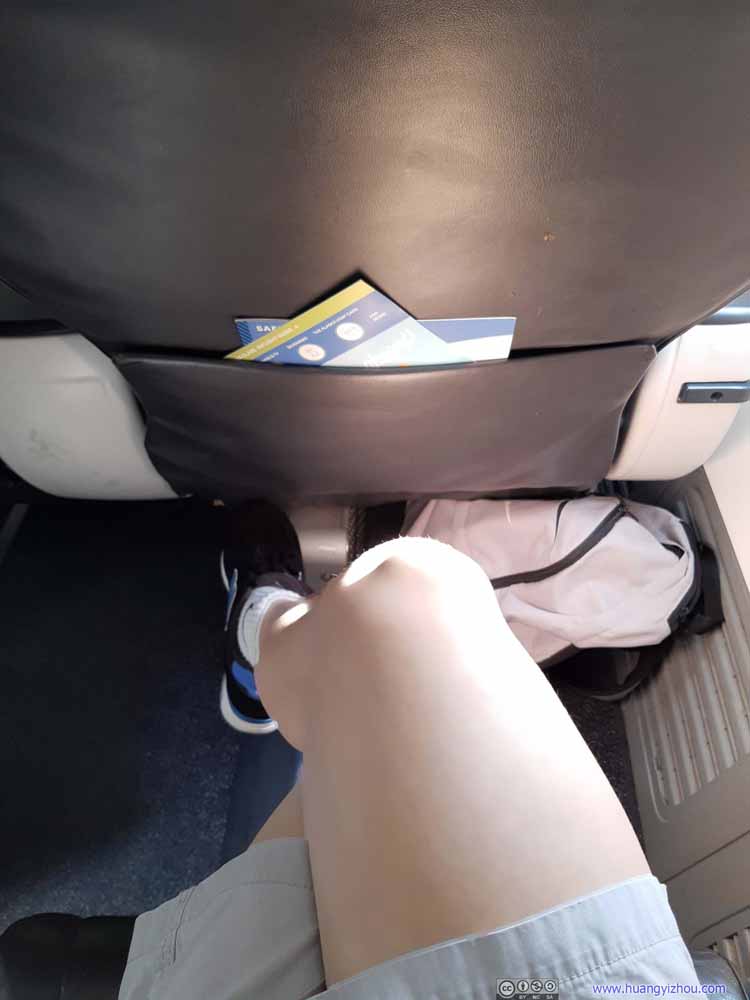 While I appreciate the free upgrade, and an empty seat next to me, this seat wasn’t in its top conditions, with stains on the leather and on tray table that couldn’t be wiped.

Just as we pushed back, the other Seattle-bound plane slowly glided into the next gate, being 2 hours late.

We took off from runway 30 into the west, after which it’s a typical country scene. 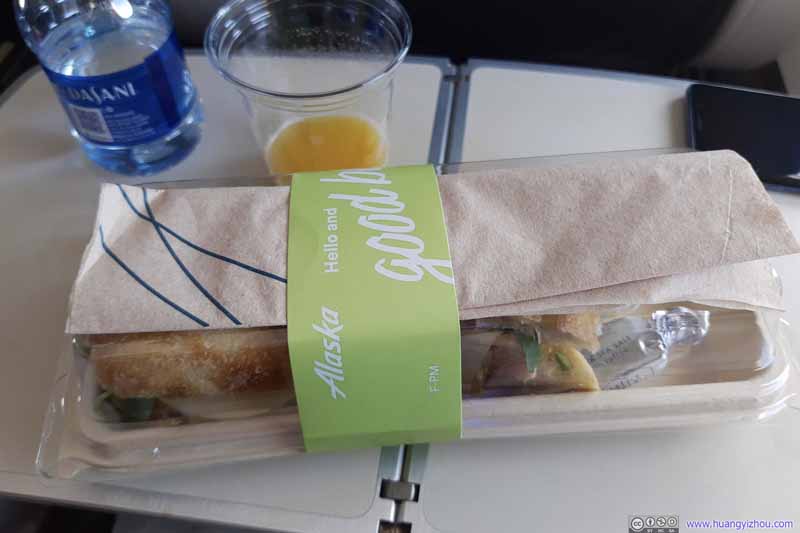 This turned out to be more fulfilling than it seemed. Unfortunately by the time I got the agent call, I already had my dinner packed, so I felt a bit full having eaten two dinners.

In addition to this sandwich/meal service right after takeoff, there were two additional rounds of snack/cookie service. The cookies were actually warm with chocolate floating in an almost liquid state, a novelty for someone used to cold foods like me.

We took a more southernly route than my previous flight in April, along the southern end of Colorado, so the sight of Rocky Mountains weren’t that spectacular. In addition, I was sitting on the right side of the plane, facing the sun, so the photo qualities weren’t that ideal either.

It’s mostly thin clouds or mist once we were past the Rockies, so I mostly kept the shade down until we were approaching Los Angeles.

Here’s a brief landing video. I started the recording sort of late so it wasn’t that interesting. In particular, the distant clouds didn’t look as vivid in colors as a few minutes ago from higher elevations.

It’s interesting that we landed on the northern runway of 24R, so it’s a long taxi to Alaska’s terminal 6 on the southern side of the airport.

A brief note of the hotel tonight. With jet lag adding to my tiredness and not trusting Friday night traffic in Los Angeles, I decided to spend the night near the airport, and grab a rental car the next morning. (Doing so would also save me one day of rental cost.) This time I tried out Hotwire, which was a hotel booking site that got around “best rate guarantee” from major hotel chains by revealing hotel names only after a reservation was made. (It should be noted that such reservations cannot be changed or refunded.) However, it revealed a hotel’s ratings and review numbers from Expedia, together with an “original price” that they crossed out. With this information it’s pretty easy to guess the actual property before making a reservation, and it’s actually fun doing this. Using this trick, they chose Renaissance Los Angeles Airport for me, at a nightly rate of 89 dollars including taxes, which was actually pretty good.
In addition, luck was on my side as I ran into their shuttle bus not long after grabbing my bag at the carousel. So 40 minutes after I stepped out of the plane, I stepped into my hotel room for the night, which was pretty good.
Only that Marriott only offered free WiFi for direct bookings, that meant without unlimited data I retired to bed early. (The very faint marijuana smell in the room, if I trusted my noses, which I don’t usually do, certainly helped with that.)