It’s the final day of my 2020 Utah trip, I would be taking Southwest flight 1286 back to Baltimore.
This would actually be my 100th flight. 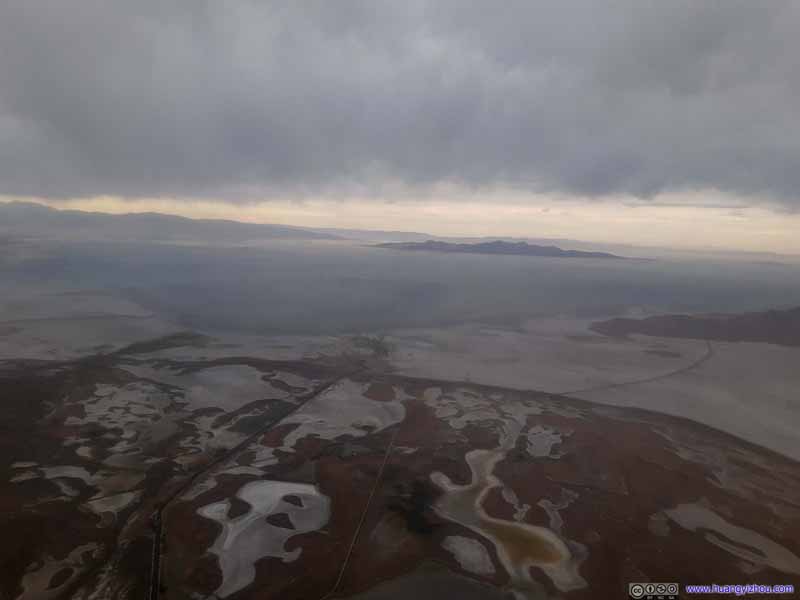 I managed to get a few hours of sleep after checking into the Airbnb room the previous night, located in the southern suburb of Salt Lake City. My flight this morning was the only direct flight between Salt Lake City and Baltimore, despite it departed at a miserable 7am (as far as I recall, none of the connecting flights had a more appealing schedule). So I had to check out of the room at 4:30am, after which it was a smooth 20-minute drive to the car rental store in downtown Salt Lake City. After that, it was another 20-minute wait for the only Lyft car in town that early to pick me up, as I watched the driver finishing his previous ride, unsurprisingly, to the airport.

Then there’s the worst part. I arrived at 5:26am, 94 minutes before departure, to an unmanned Southwest counter with meandering lines. A few minutes later, a few employees “slowly” showed up, stress on “slowly” as contrary to the uneasy mood for the crowd in line.
Eventually everybody made it to the plane on time, as there’s no delay with security.

It was a rather windy morning in Salt Lake City, and for the first time in my memory, I felt the entire plane shaking from the wind as we were sitting on the ramp. The climb was also bumpy, as we were in the clouds until 10000m in elevation.

It’s my 100th flight, so technically I should feel thrilled. Unfortunately, trying to catch such an early flight consumed most of my excitement. In addition, today’s flight was too similar to the one I took last summer after visiting Yellowstone and Glacier National Parks. Both were morning flights where I sat on the port side avoiding sunshine, with amazingly identical flight times (3h42min) and nearly identical routes.

So once we were airborne, I quickly went to naps, which lasted for the first half of the flight.

For the second half, I captured some sceneries while flying over the midwestern plains, some of which were rather familiar to last year’s flight. 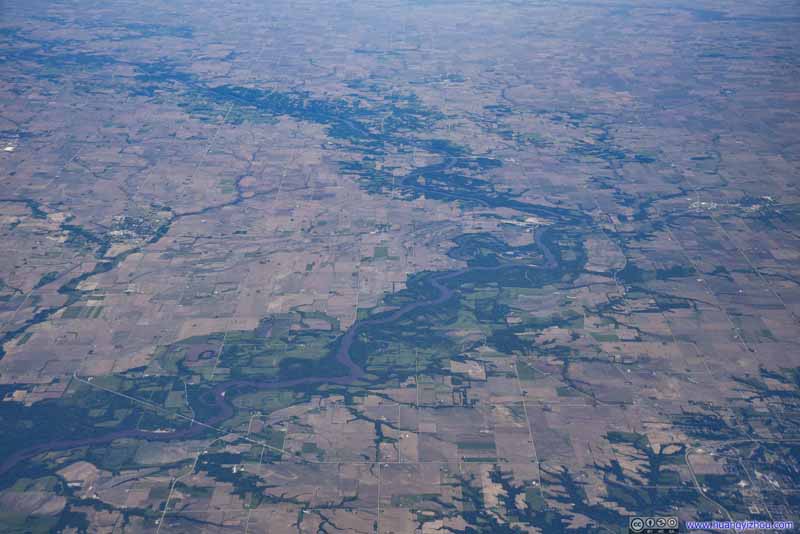 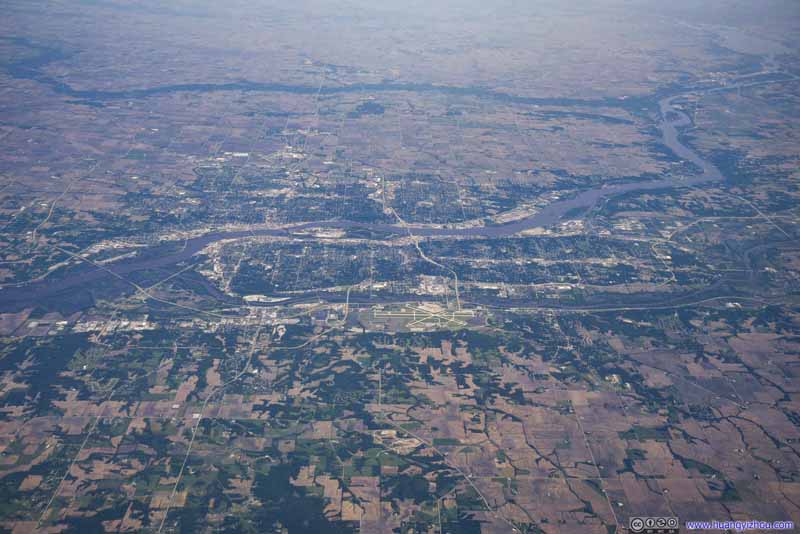 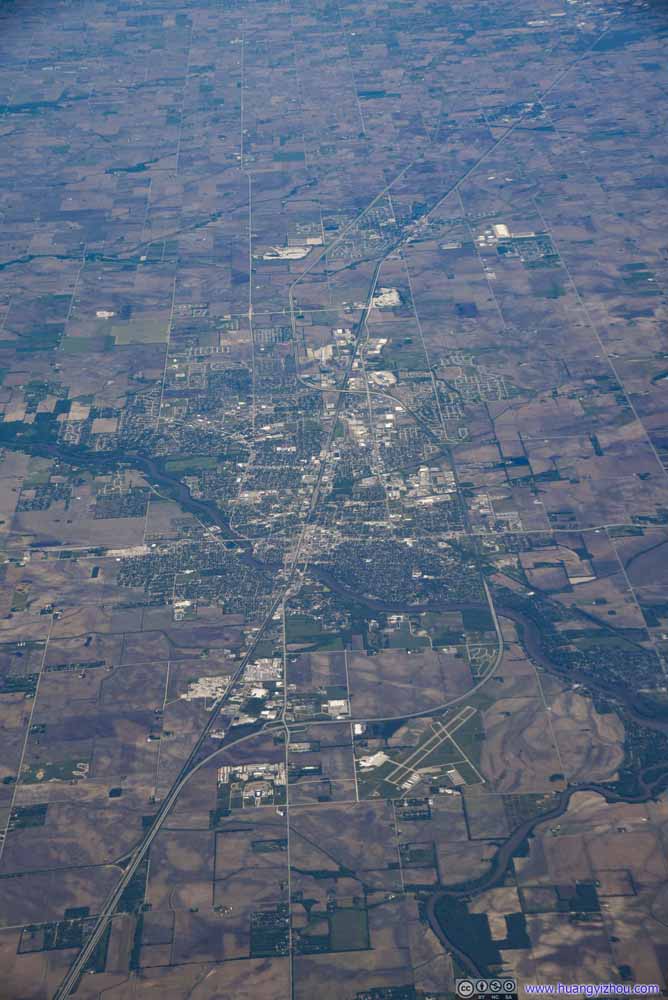 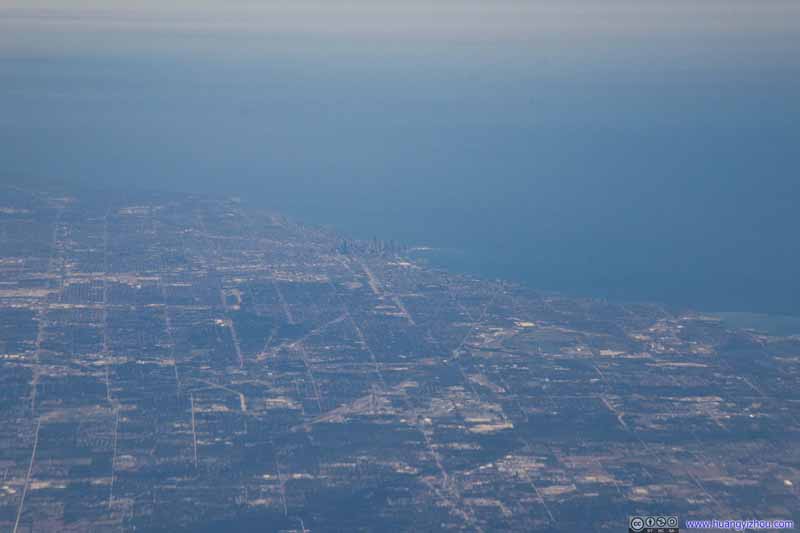 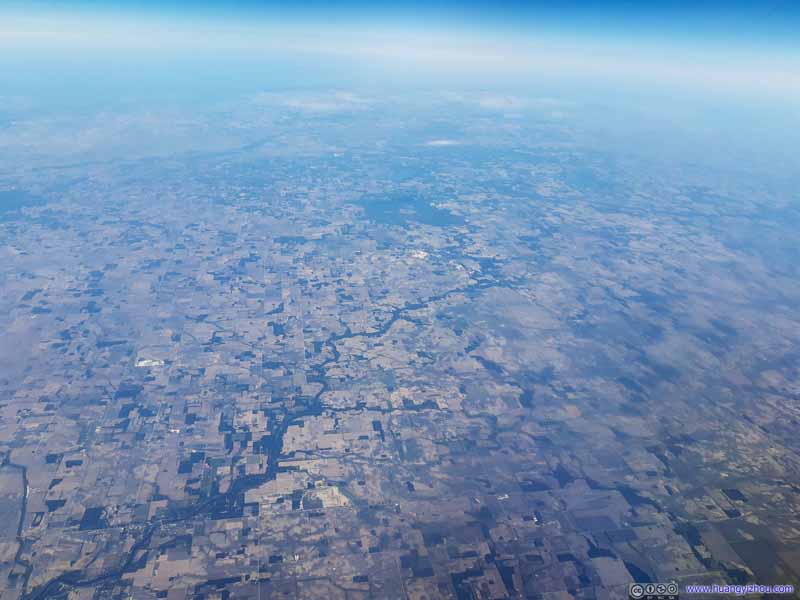 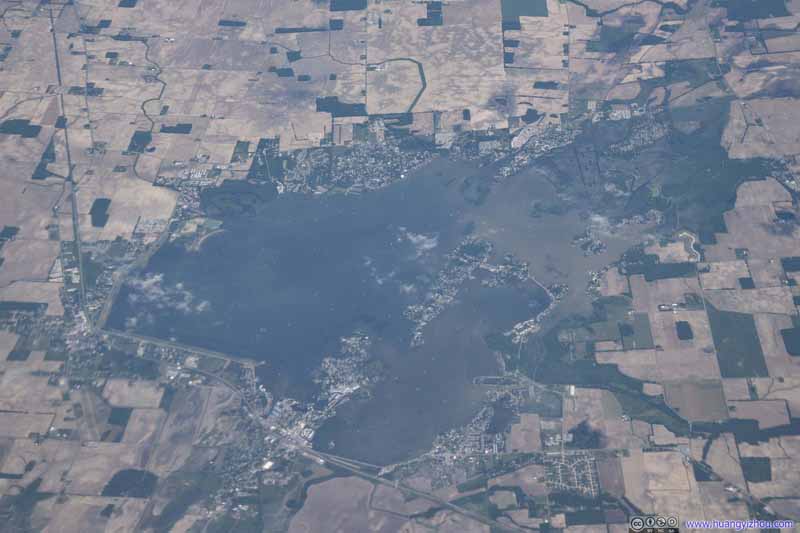 And during final descent over Chesapeake Bay. 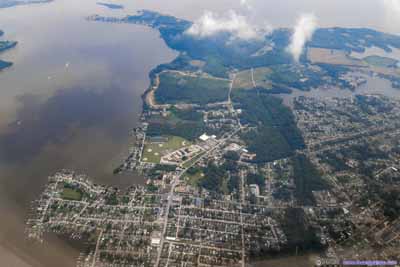 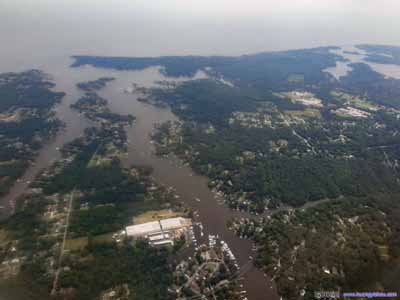 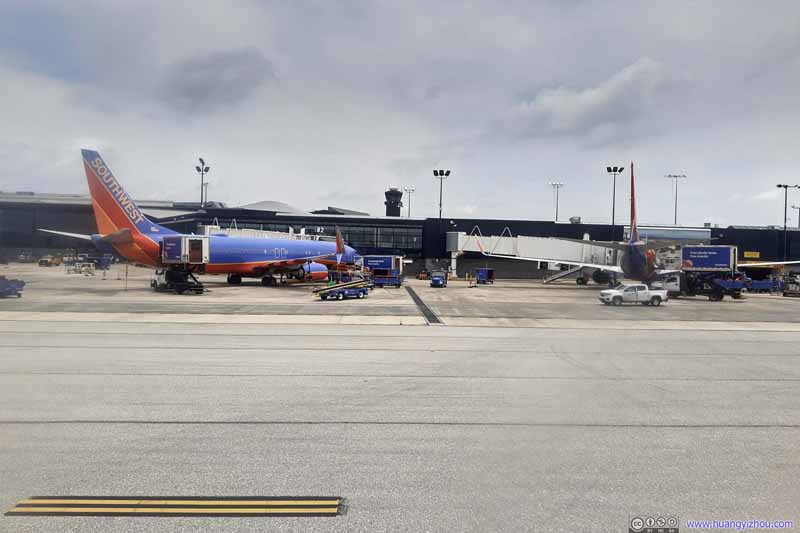 After landing, I noticed there seemed to be more people in the terminal building than a week ago when I left for Utah, quite an evident sign as the states were opening up.
I would hazard a guess that the increased passenger volume had something to do with my seemingly forever wait at the baggage claim, 32 minutes to be exact between gate arrival and bag arriving. Sort of unacceptable as this happened at Southwest’s hub.
END