I made a trip to the State of Utah in early June, 2020, exploring three of its “Mighty Five” National Parks. This is the outbound flight to Salt Lake City, not a lot of events, full except for middle seats, and some scenery along the way. 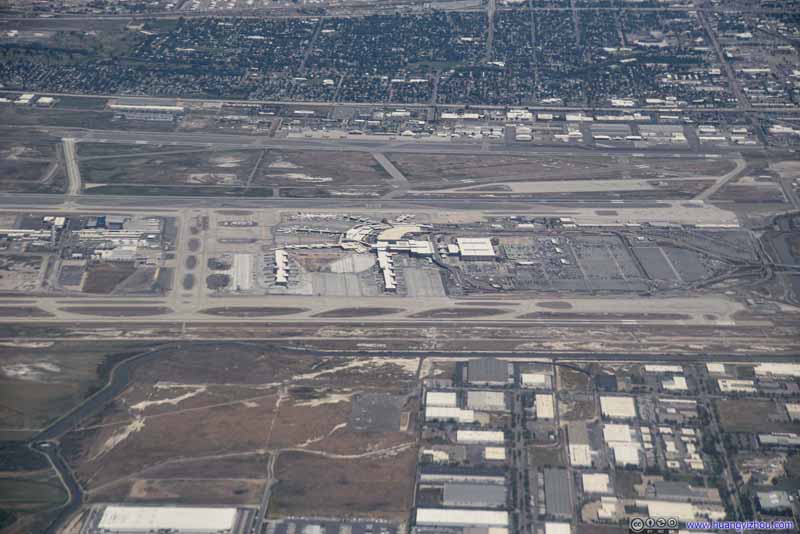 There was a not-to-short story about how this trip to Utah took place.
I had been searching for places to explore, and Arches and Canyonlands National Park with their beautiful desert landscape and unique sandstone arches came up on my radar. It happened that American Airlines was aggressively running web special award tickets, that if booked well in advance, cost 5K miles per one-way for most flights within lower 48. (AA did a systemwide change to this in mid-March, 2020, probably to conserve cash, that minimum for one-way award flights in United States had been raised 10K miles, before dropping down to 6K later in the year.) So I booked a mid-May roundtrip flight to Grand Junction, CO, adding Colorado National Monument to Moab area national parks, making this a perfect week-long trip.
And with COVID rolling in, the Moab area national parks were closed until the end of May. Somehow, my back-and-forth with some unprofessional American Airlines phone agents resulted in me canceling that Grand Junction ticket. That’s when Southwest came into play by aggressively bringing back capacity and running any-domestic-route-for-99-dollar campaign. (I ran a few searches for flights in lower-48, and all nonstop flights turned out to be 99 dollars.) Not wanting to forego my researched trip ideas, I booked another set of flights for early June, and decided to scout of three of Utah’s Mighty Five: Arches, Canyonlands and Capitol Reef. Things again looked perfect for a week-long trip.

In addition, Southwest did allow customers to change their flights to different dates (with origin/destination unchanged), waving fare differences, at least for my flight. The 99-dollar one-way promotion seemed to block Fridays and Sundays, but one could get around it with free flight changes.

Washington DC area’s public transport was still largely in a state of oblivion early June, but I found hotel parking with shuttle through SpotHero that cost less than 5 dollars per day, so I gladly took advantage of this deal, and arrived at the airport two hours before my flight.

For record, the hotel was Aloft BWI airport, and more than half of the cars in their lot seemed to be left by airport guests. 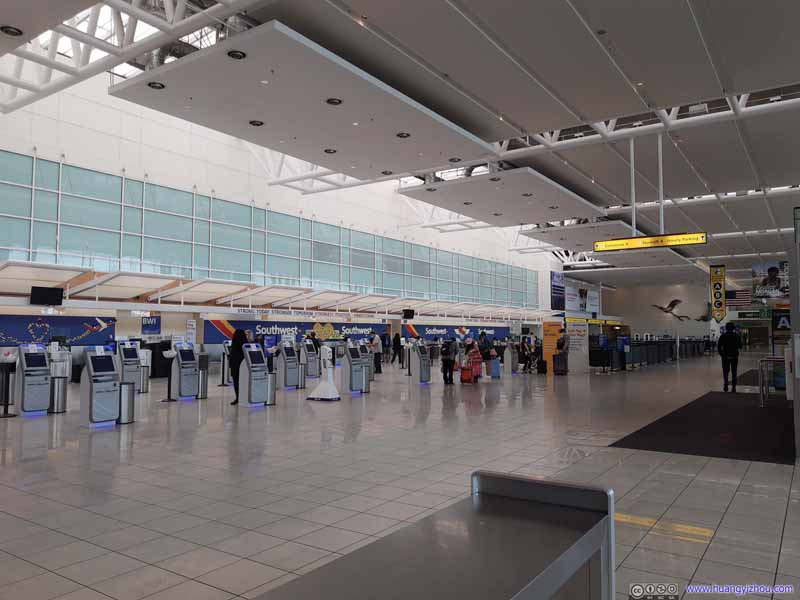 TerminalNot many people at the airport 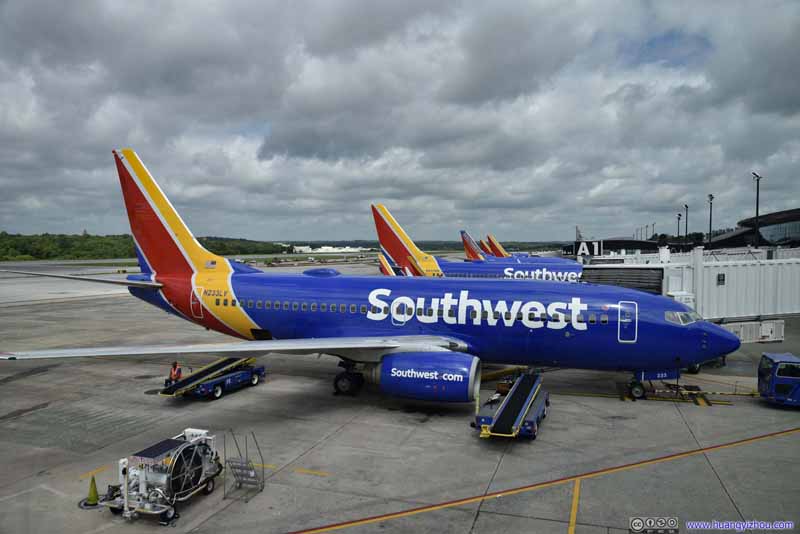 Things looked pretty busy, I don’t know which of these planes were parked, and which were awaiting passengers.

Fallout of COVID was ubiquitous in the airport building. Half the dinning stores were closed, the benches in waiting areas were very available. But probably because this was Southwest’s terminal, which was boldly running promotions to bring passengers back, it certainly didn’t feel like a ghost building.
And since my parking with SpotHero/hotel went smoothly, I had some time plane-spotting before my flight. 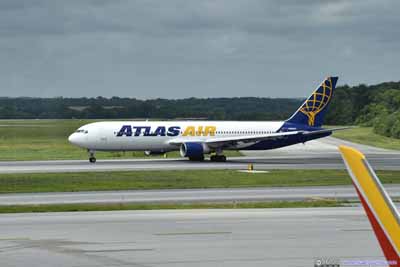 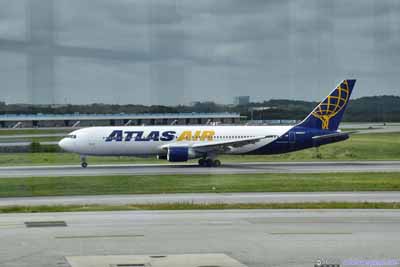 Off to Ramstein, probably for some military transport. I didn’t know this company had passenger charter service before.

My Plane to Salt Lake City

Another sign of recovering traffic numbers, it’s a 143-seat plane but when I checked in exactly 24 hours ago (maybe a few seconds late), I only got B16 boarding position.

It turned out that Southwest was limiting seats sold on flights, so that middle seats could be kept open. But apart from that, the flight was FULL. It seemed that low fares were very enticing to people. 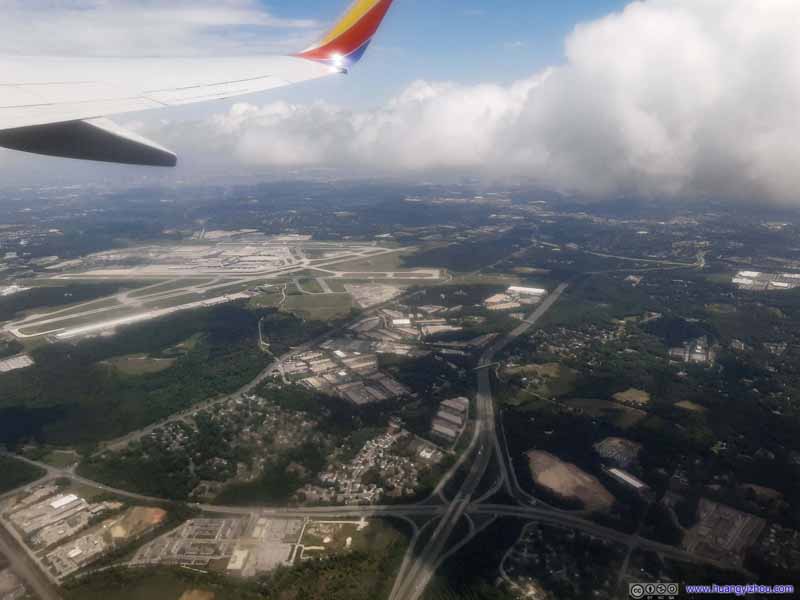 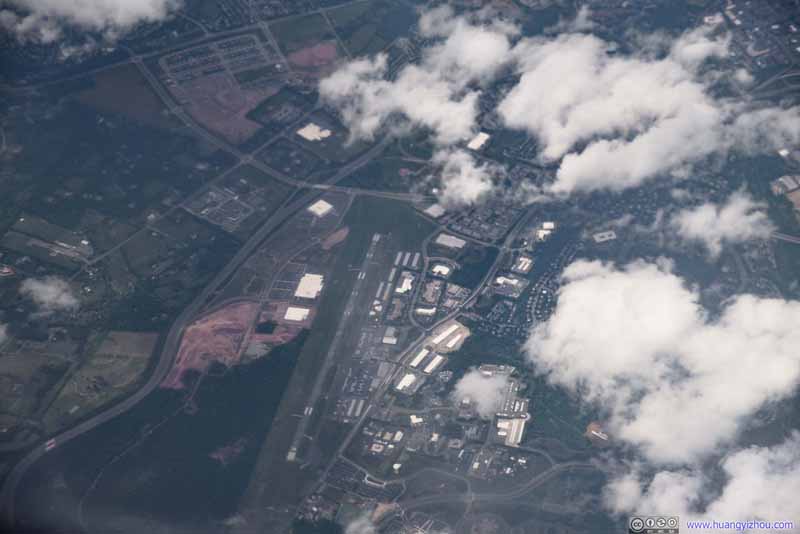 And with COVID, the entire onboard service was reduced to a box of snacks and a bottle of water, which wasn’t too different from pre-COVID with canned drinks instead of water bottles. 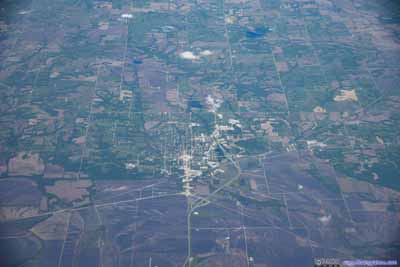 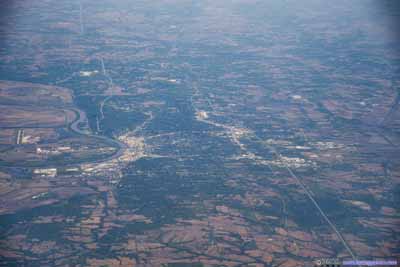 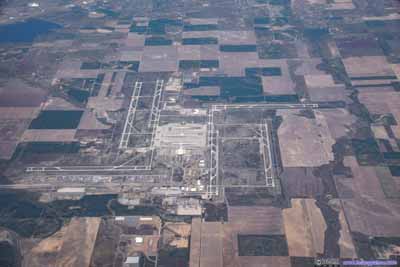 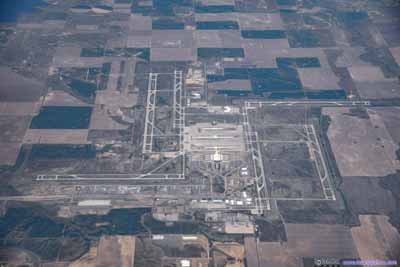 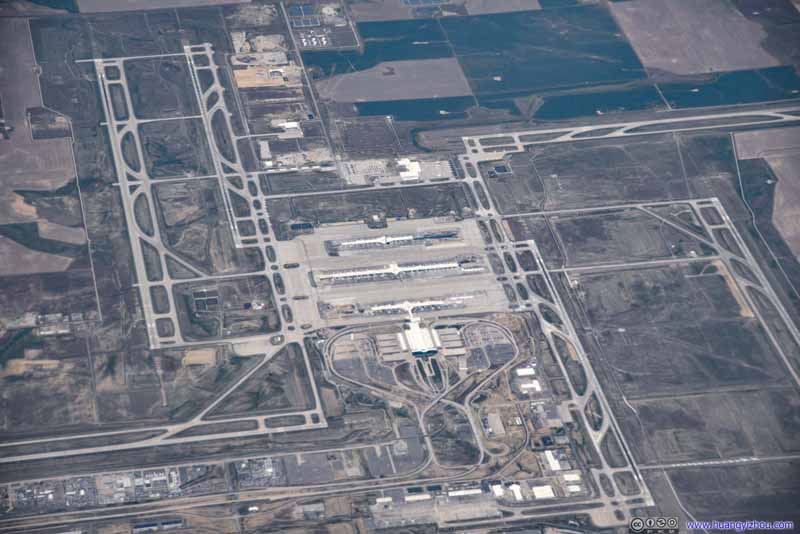 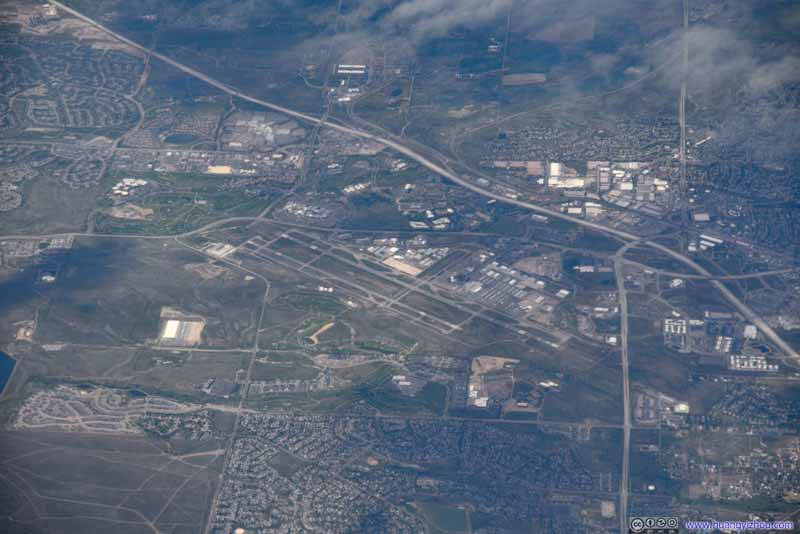 Sceneries started to emerge out of the windows once we passed Denver into mountainous areas. Unfortunately, it was still mostly cloudy. 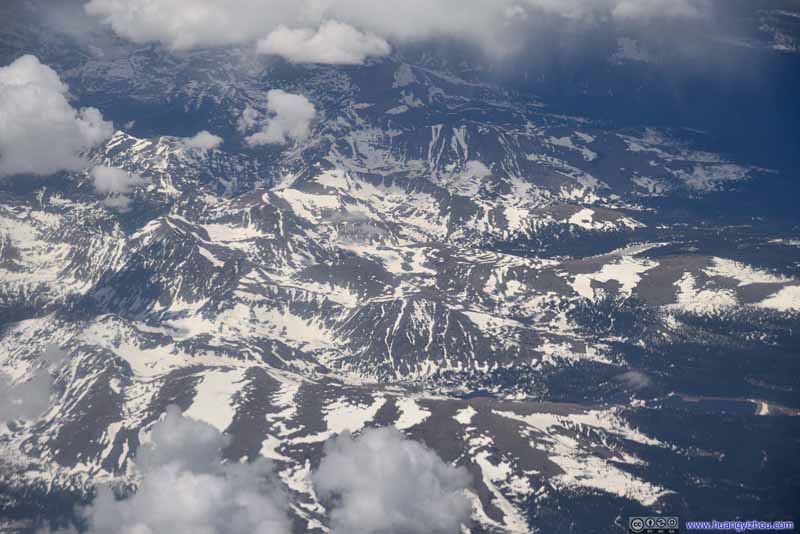 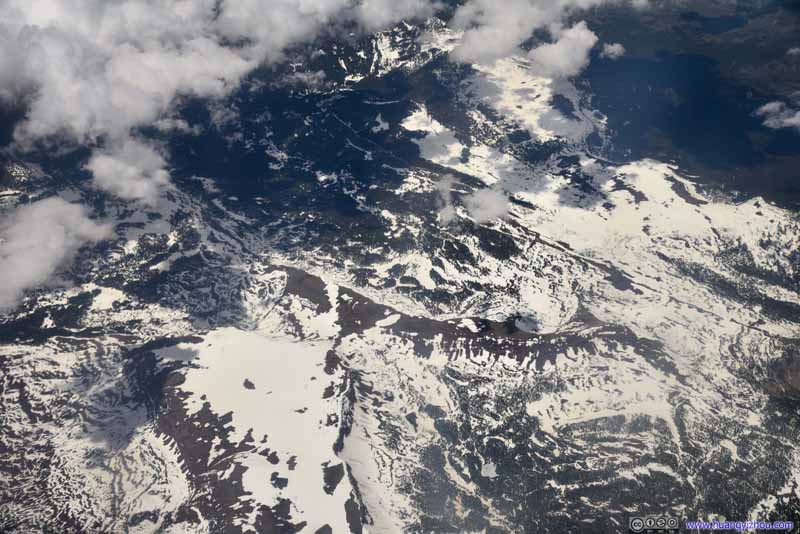 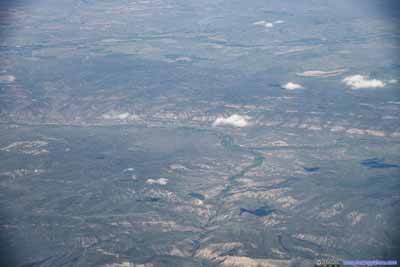 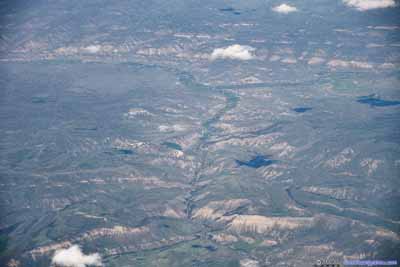 Mountains and ValleyColorado Route 317 in front of the mountains. Route 65/67 passing through the valley. 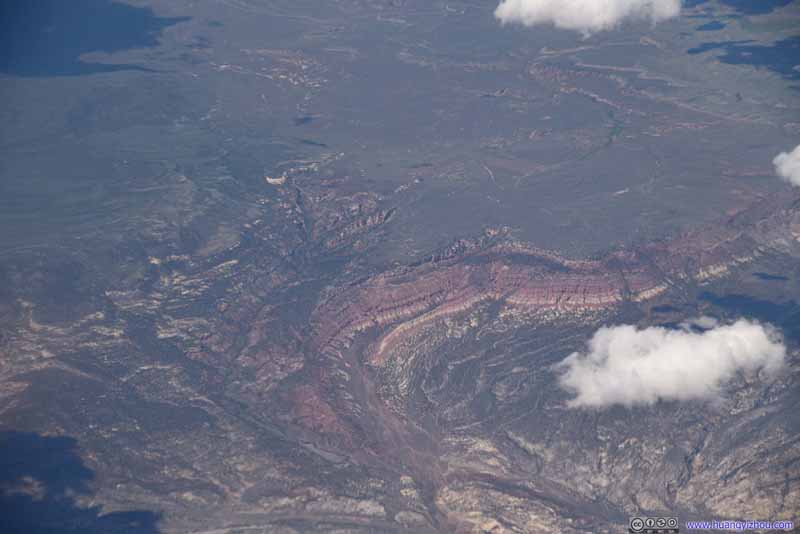 To avoid the mountain ranges East of Salt Lake City, the approach route into its airport passed between Provo and Spanish Fork. After that, I was treated with sights of many magnificent mountains.

Not too much event for the landing (except that it was some turbulent air above Salt Lake City), as I arrived at an even emptier Salt Lake City Airport. Only 30 minutes after the plane pulled up at the gate, I was on the downtown-bound tram to retrieve a rental car.
END